So I've been getting distracted by Twitter and Instagram for a while now. They tend to cut a bit into my blogging time and my blogging motivation. Instagram has become an easy way to share pictures and Twitter an easy way to share ideas without really having elaborate on them too much. but its no replacement for my blog, which allows me to wax nostalgic and blather on for longer than 140 characters. Don't get me wrong, I don't think Twitter or Instagram are bad by any means, but they have proven distracting lately. That's all.

With that being said, I posted a picture on Instagram a while back that showcased a couple of awesome finds I made one weekend at a couple of different Goodwill stores. After that, I sort of half-forgot about them because they were sort of checked off my mental list as "shared". Now I plan to correct that oversight by finally posting them here! So here we go: 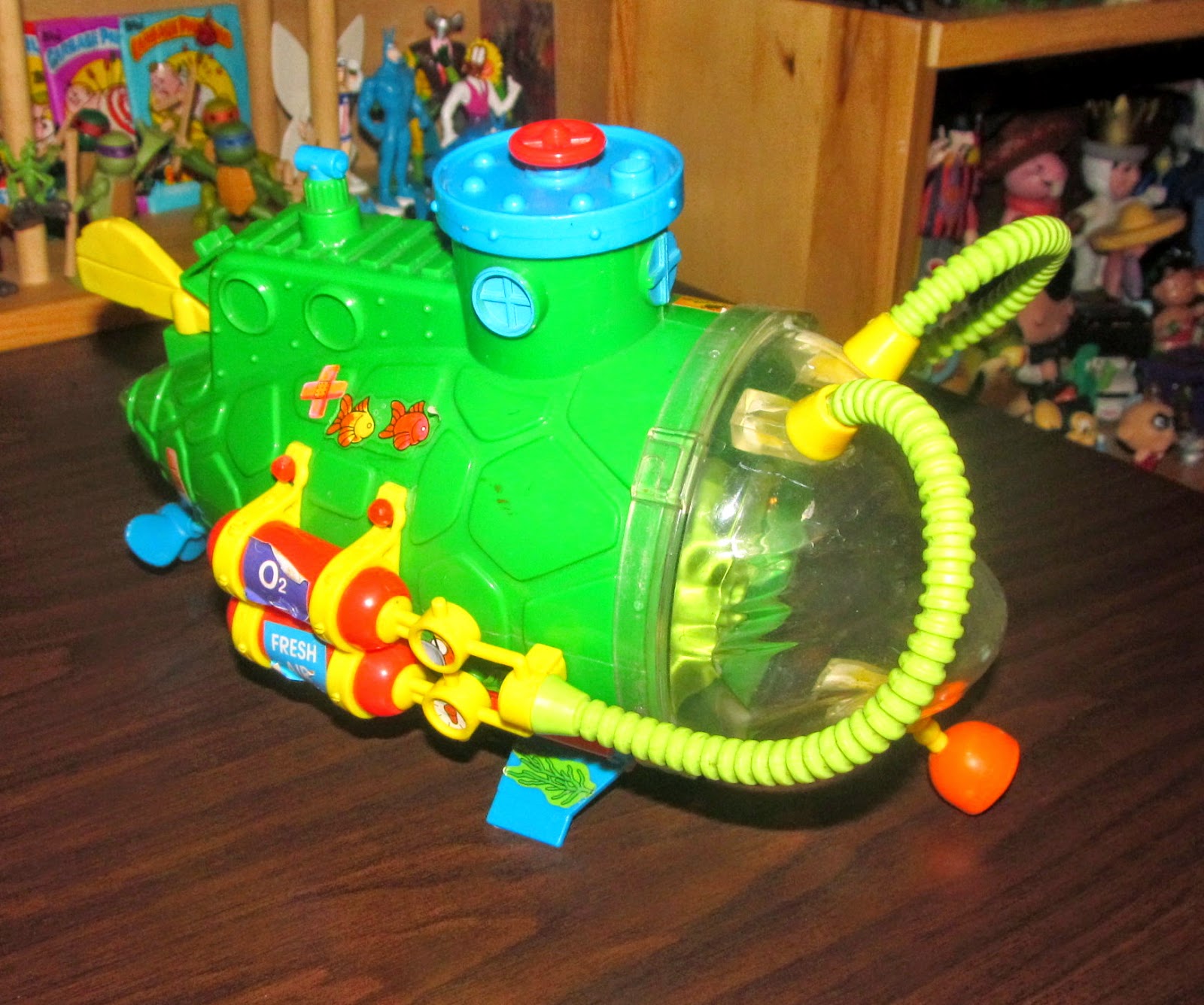 First up we have this TMNT sub from 1991. I never owned this as a kid, but when I found it at the Bangor, ME Goodwill for just .99 cents... I felt like a kid again. It is far from complete, since it's missing some torpedoes, a gun turret, the periscope, and the steering mechanism inside... but it's complete enough that I'm happy to own and display it. 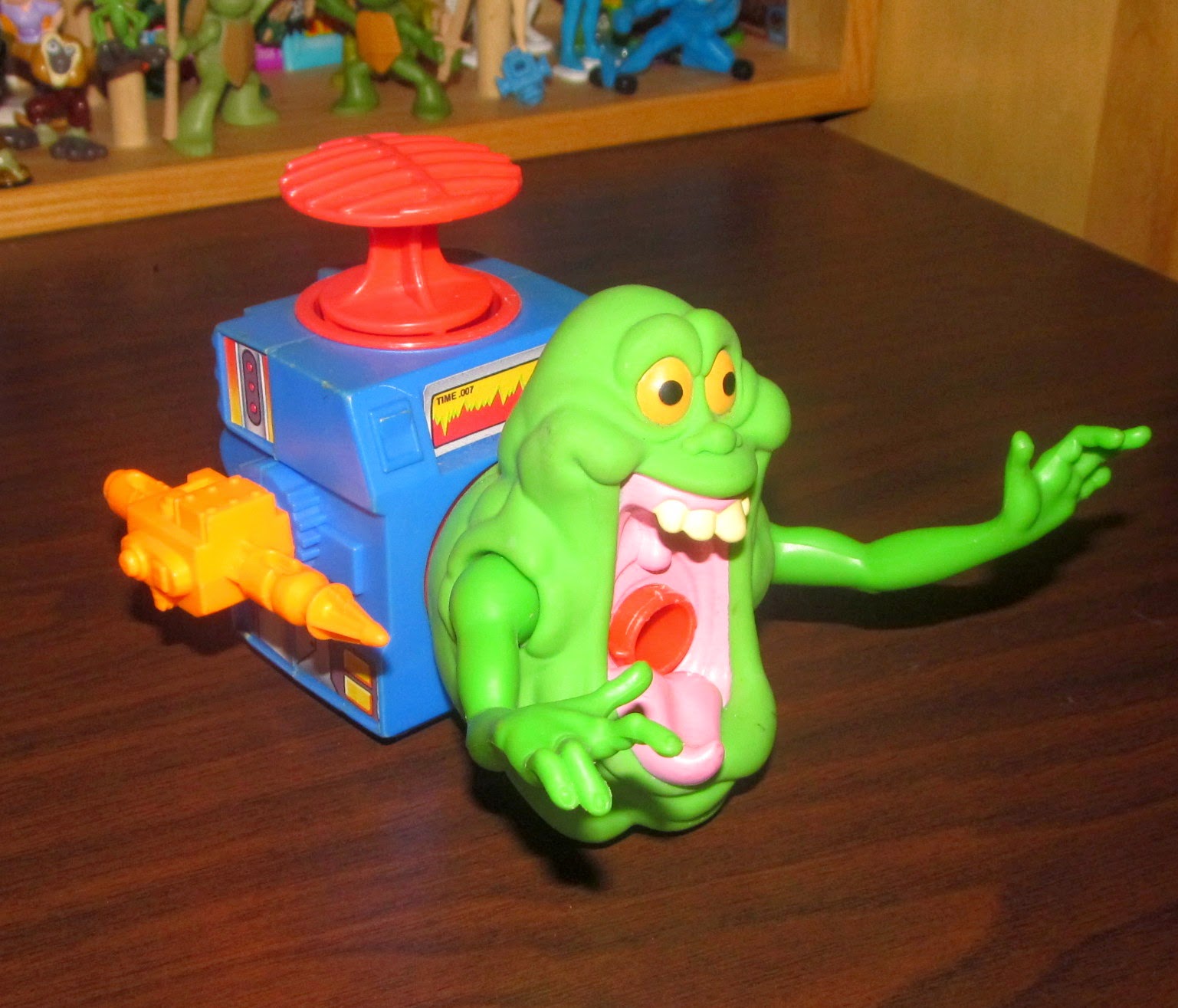 Next up I found a handful of Real Ghostbusters toys at the Goodwill in Brewer, ME. Each of these was .99 cents apiece as well. First up we have Slimer. This is from the "Gooper Ghost" subline, back when he was still just called "Green Ghost" on the packaging. I had a couple of the larger Gooper Ghosts, but not this Slimer toy. He's the sort of toy where you'd plop some goop (Ecto-Plazm) into the hole on the top of the pack he's wearing, and then push the plunger down in behind it to make the goop come drooling out of his mouth. I was pretty impressed that the plunger was still included. As far as I can tell, excluding the actual goop and the packaging, this is the complete toy. 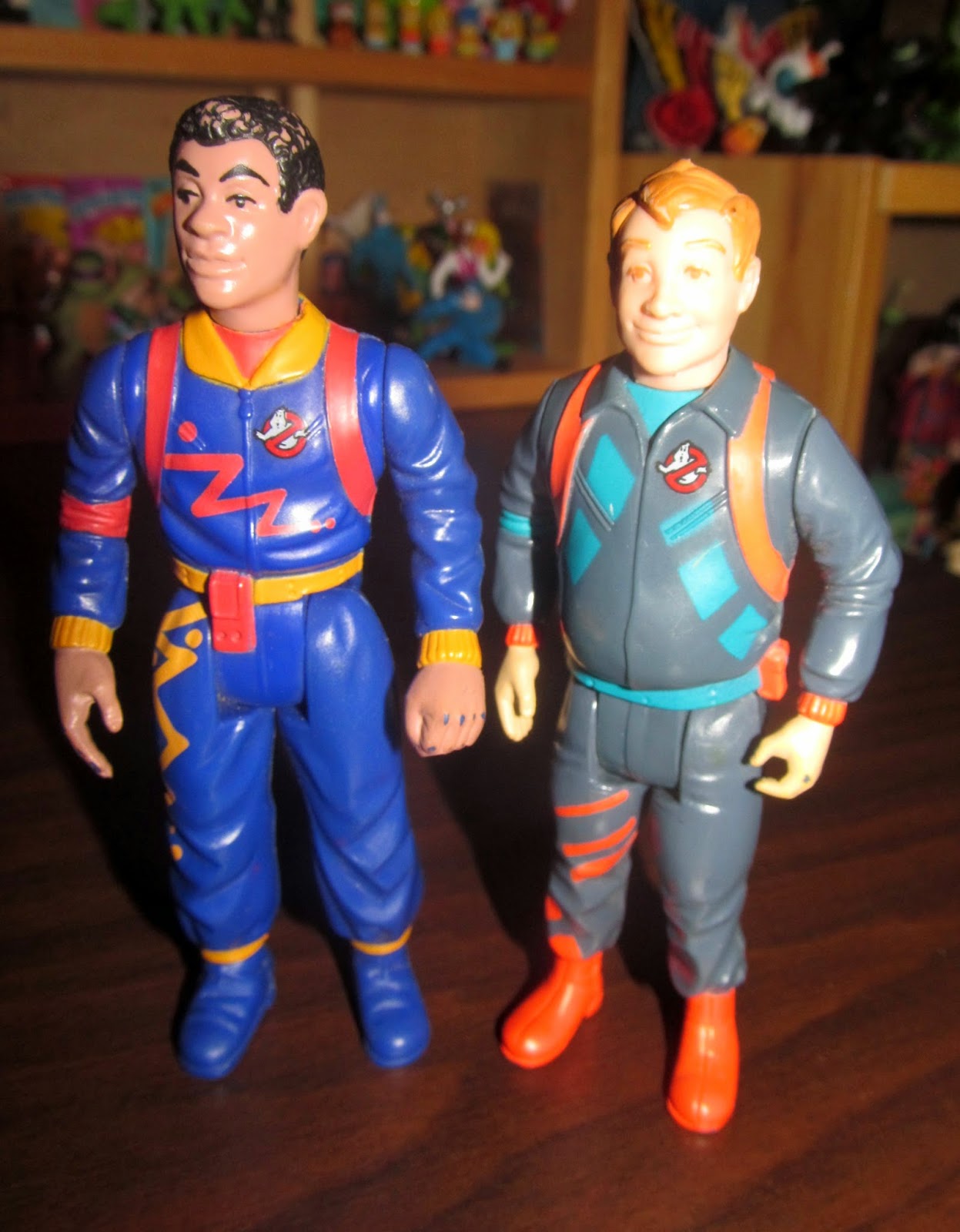 A little less exciting (to me at least, your experience may vary) are these two "Power Pack Heroes" Real Ghostbusters action figures of Winston and Ray. Neither hero came with their accessory proton pack, which was the real draw of this wave of figures. As you can see, these are sort of the "Tiger Force" repainted versions of the original first wave, but they included proton packs that served as mini-vehicles and ghost trapping tools. Still won't turn my nose up at these guys though! A Ghostbuster toy is always welcome on my shelf. 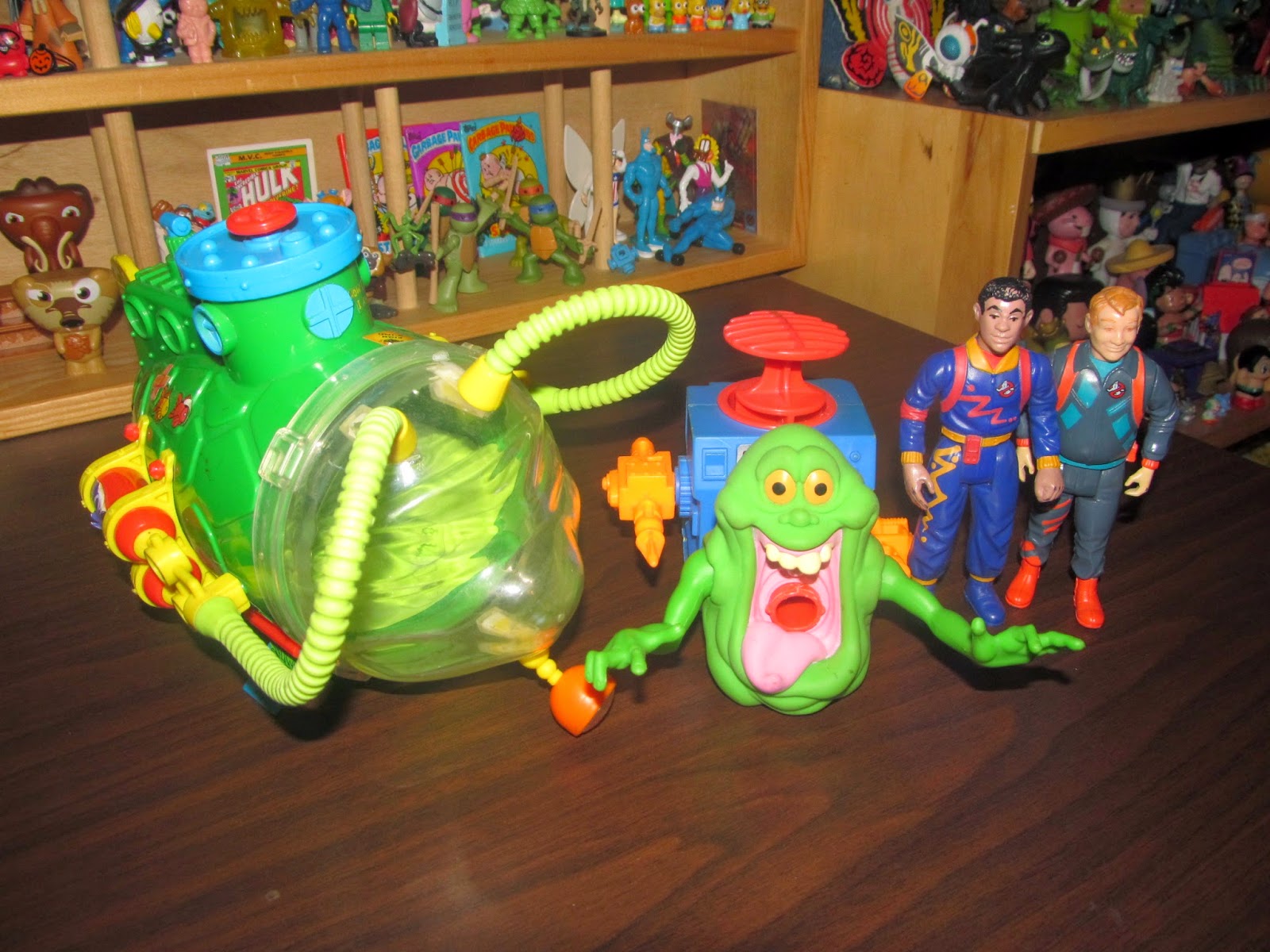 Here's a shot of my 4 dollars worth of vintage toy finds from Goodwill! I never actually owned any of these as a kid, and yet they still manage to transport me back to a simpler time, when anthropomorphic martial arts enthusiasts and paranormal exterminators were what I thought about most of the time.

That's it for night folks, but never fear! I'll be back soon with more Geeky Goodwill Goodies! Until then, Happy Hunting! (And hey... follow me on Twitter and Instagram! @thegoodwillgeek for both)
Posted by Derek Ash at 8:08 PM