Oh No. It's a Book One (But there are Ewoks! And Gobots! and Muppet Babies!)

Alright: Full disclosure. This is a book post. Bear with me though, there are some pretty good finds in here.

Here's a quick look at the first half of the pile.

Here's a quick look at the second half of the pile. LET'S RIDE!!! 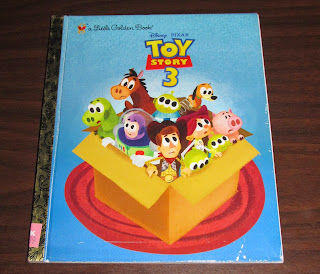 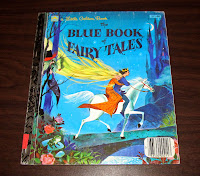 First up, the nearly obligatory Little Golden Books. I have SERIOUSLY been thinking about purging my collection for awhile now and really prioritizing what I keep... but I will NEVER not want adaptations of Pixar films. It seems like Toy Story 3 is very divisive amongst the Pixar fans... I personally loved it and thought it made for a perfect wrap up of the series.

That was of course... before they announced Toy Story 4 was a thing. 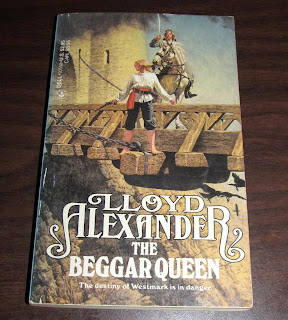 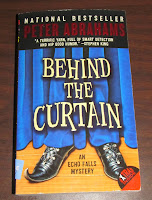 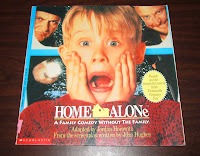 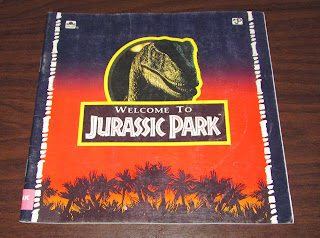 Next up a couple of kids' adaptations of 90's films near and dear to all our hearts. Home Alone and Jurassic Park! I don't really have a ton to say about these two... just really liked finding them! 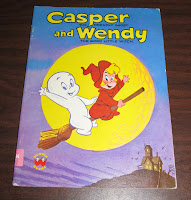 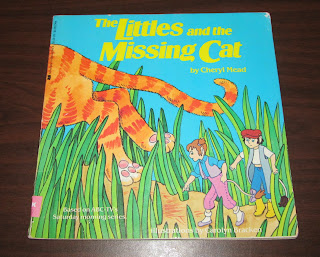 A Casper and Wendy book that I plan on passing along... maybe... if my kids don't like it... and "The Littles and the Missing Cat." I always forget how much I actually liked the Littles cartoon as a kid. It went some weird places for sure. 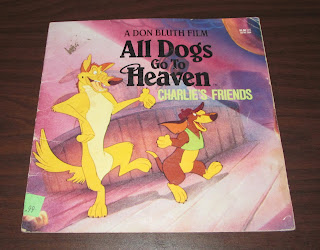 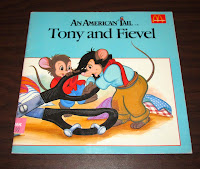 A couple of Don Bluth books here, was have "All Dogs Go the Heaven: Charlie's Friends" and "An American Tail: Tony and Fievel" I must say again... I really have nothing majorly important to state about these guys. I did LOVE most Don Bluth films with all my childhood heart though... the storytelling, the bizarre characters, the interesting twists. All Dogs Go to Heaven especially was a weird one, but one I loved nonetheless. It is a movie that just couldn't get made nowadays. It's too distressing, too blunt in places. Too raw and real while also being bizarrely fantastical. 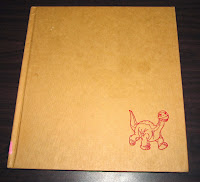 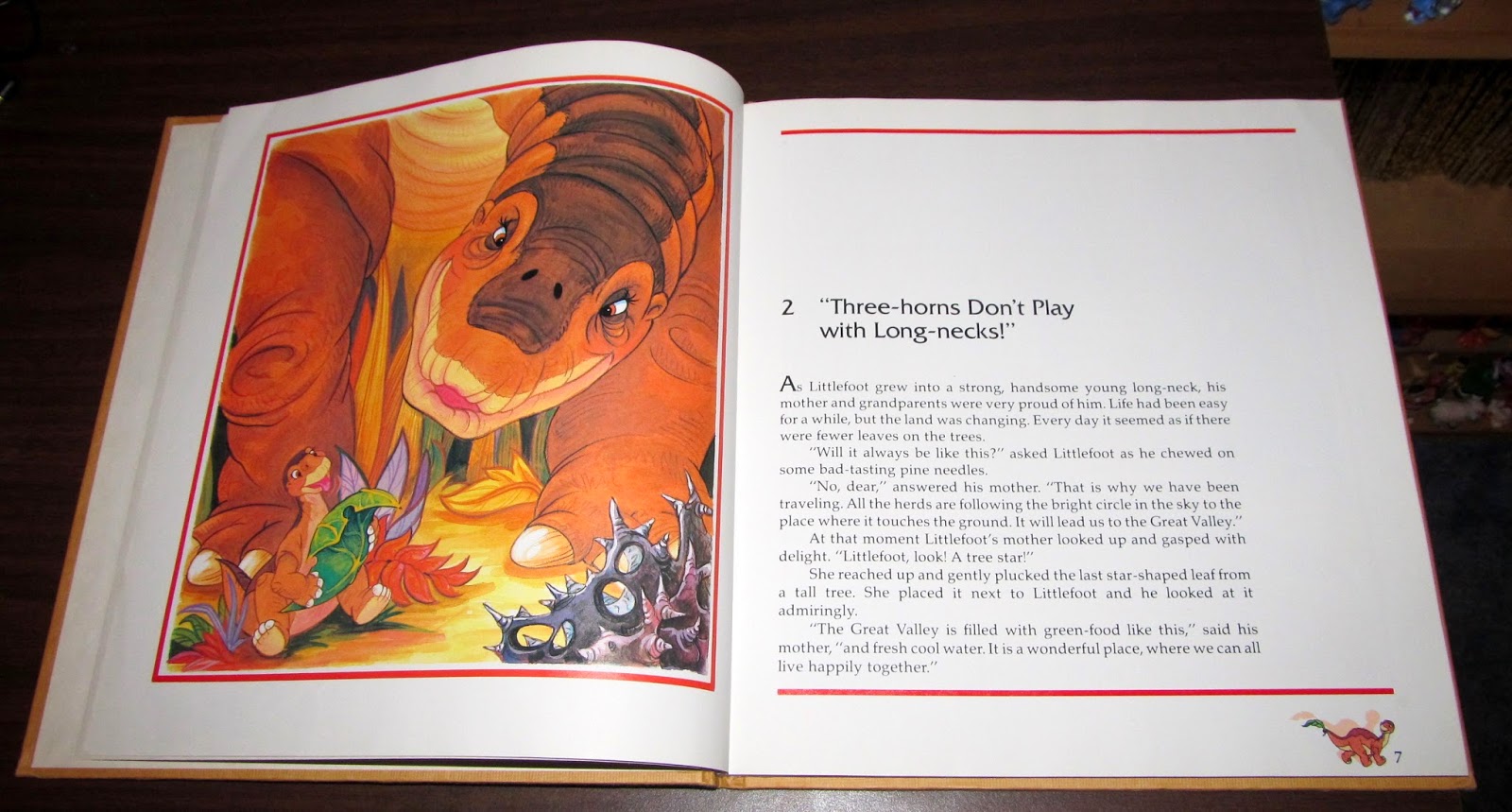 And "The Land Before Time," man this one was amazing. The heyday of Bluth animation was distilled in this set of three films plus The Secret of NIMH. Do I own all of these movies? If not I gotta track them down. 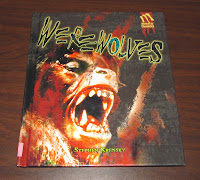 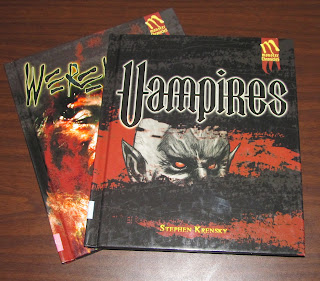 Next up was this nice set of "Monster Chronicle" books, one about werewolves, one about Vampires. I'll probably be digging a bit deeper into these two as a part of my countdown to Halloween next month, so keep your eyes peeled for that! 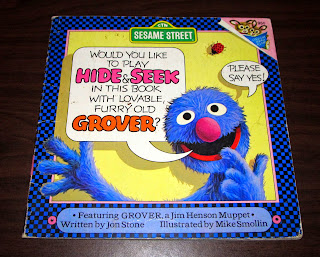 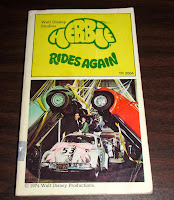 I have already read "Would You Like To Play Hide & Seek In This Book With Lovable, Furry Old Grover?" about 40 times since this trip to Goodwill. My boys (especially my 4 year old) LOVE it! They interact with the book as expected, and laugh almost all the way through. This one's a classic. Interactive Sesame Street books with incredibly charming artwork, like "There's a Monster At the End of This Book" were pretty prevalent back when this came out. Aaaaand... I kind of hated myself IMMEDIATELY after buying this adaptation of "Herbie Rides Again!" 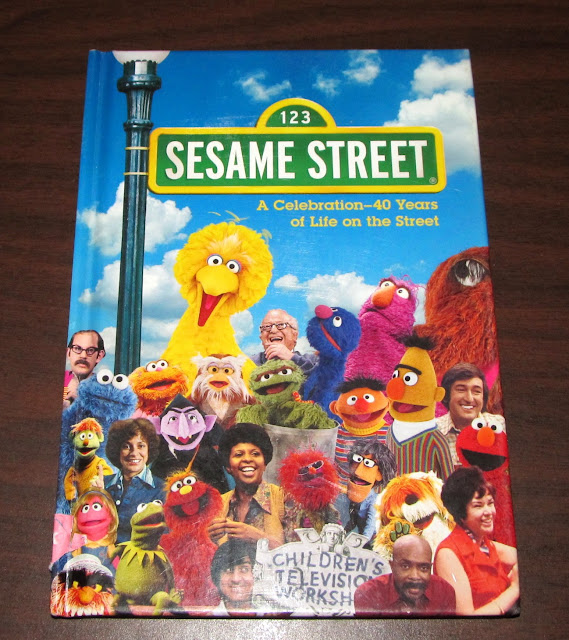 "Sesame Street: A Celebration of 40 Years of Life on the Street" was an incredibly awesome find for me! Just looking at the cover makes me smile. You have the likes of Frazzle and Farley and Don Music rubbing elbows with modern characters like Zoe and Murray. That's pretty awesome. This book resides in a place of honor on my shelf. 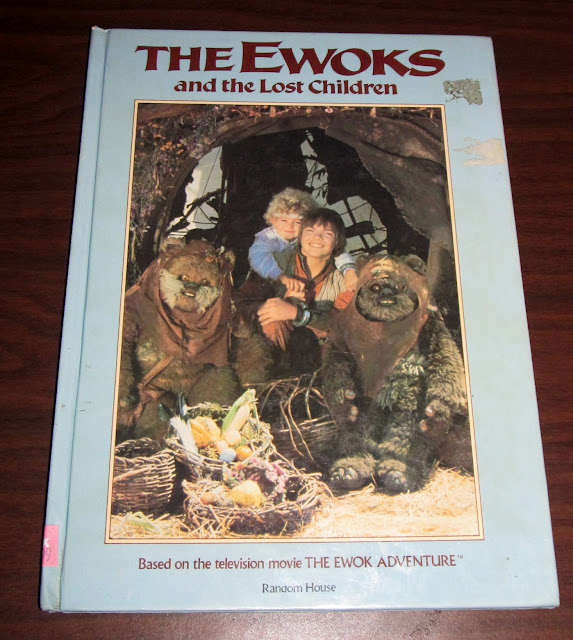 It blew my 6 year-old, Star Wars-obsessed son's brains out his ears when he found out that there were two movies based solely around the Ewoks. He's an Ewoks fan, so this was kind of big news. He was even more excited to see that I had brought home a BOOK based on the first film! 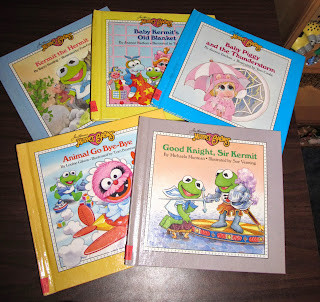 A BUNCH of Muppet Babies books! I really loved the Muppet Babies as a kid. This was one of my favorite shows. I probably got more of my initial exposure to the Muppets from the Babies cartoon (and the movies) than I did the actual Muppet show. 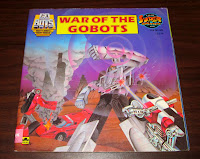 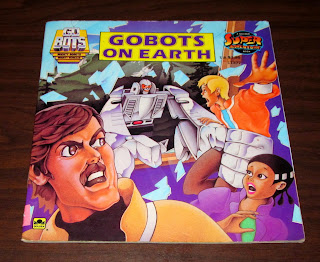 GOBOTS BOOKS!!! I was a Gobots kid, meaning I owned more Gobots than Transformers as a kid (And I'm not even getting into the Rock Lords, which I've discussed here before... and which will probably be discussed again veeeery shortly...). I was not a Transformers kid at all really, except in that I occasionally watched the cartoon. So finding not ONE but TWO books based on the Gobots made me mist up just a little bit. And finding out that the interior art was done by Steve Ditko? Even if it wasn't exactly his greatest work ever... was a fun treat! 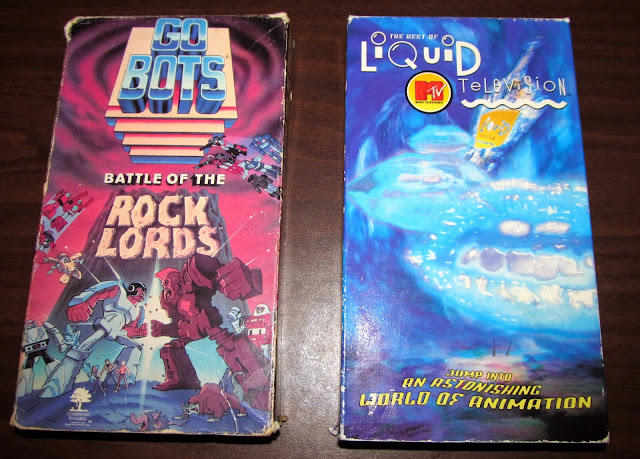 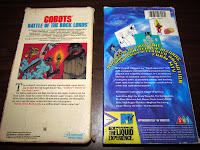 Finally, I have sad TIME and TIME AGAIN that I DO NOT COLLECT VHS tapes. But when you encounter "Gobots: Battle of the Rock Lords" and "MTV: Liquid Television" VHS tapes just sort of kicking around the ol' Goodwill... and you have friends that collect VHS... you buy those things. You buy them HARD. Honestly, I kind of wish I'd kept these now... at least the Rock Lords one, even though I DON'T COLLECT VHS!!! But I know they are in a good home with someone who values them. So I try not to obsess.

All right kids! That's it for tonight! I'll be back soon with more Geeky Goodwill Goodies (and October Eve is on its way!!!) so until that time, Happy Hunting!
Posted by Derek Ash at 5:56 PM