Been away for a few days with the family, so I'm trying to play a little bit of catch up. This one is NOT going to knock anyone's socks off I'm afraid, and it really probably should have been doubled up again... but you get what you get. Please don't hate me. 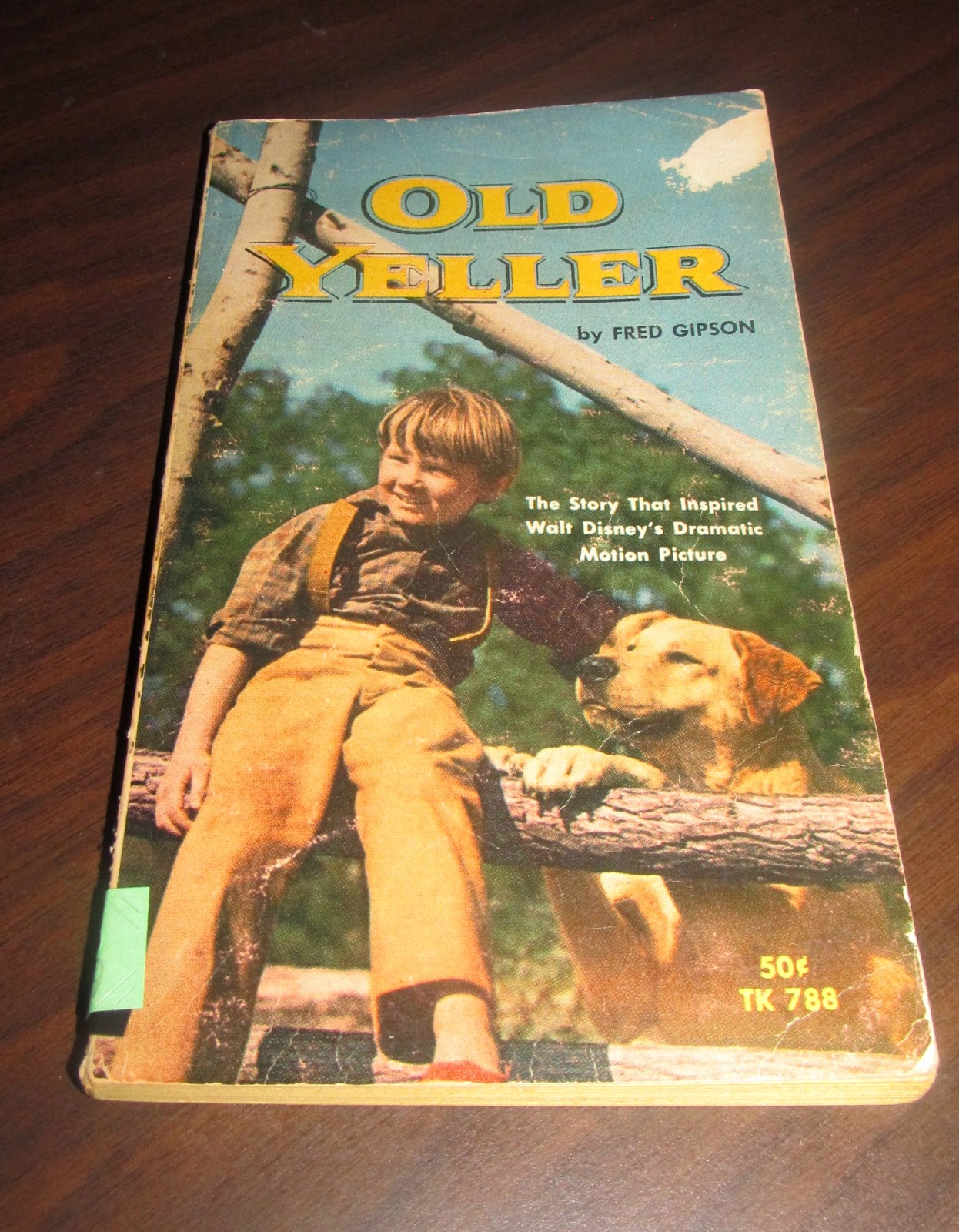 All of this was picked up on a single trip... I THINK to the Bangor, ME store... but I honestly don't remember at this point. I picked up this copy of "Old Yeller" because I want to read the ending over and over again. 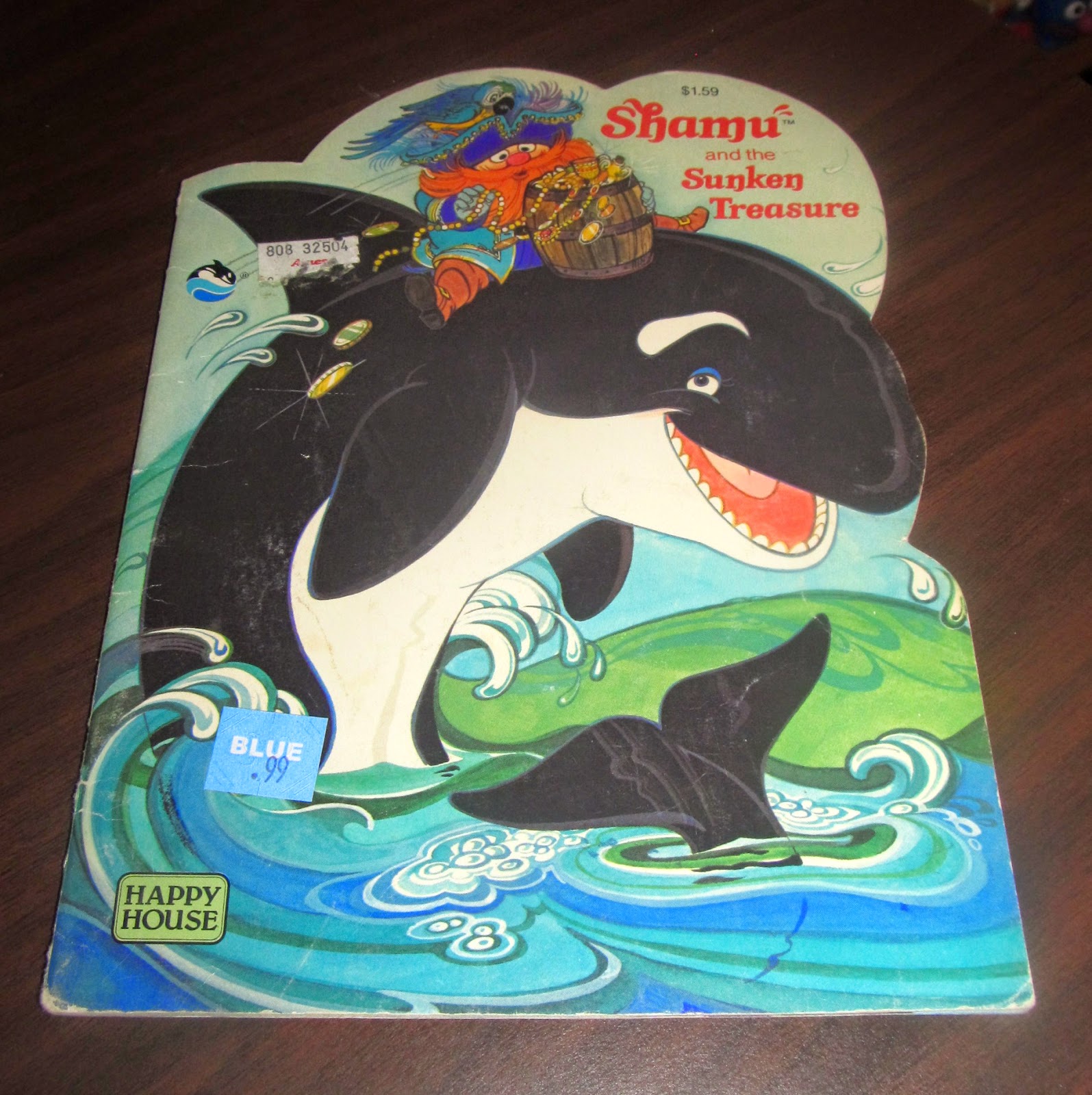 I've never been to Seaworld and I've never seen Shamu... so really, any time I find merchandising based on either I tend to snap it up. I am horribly deprived... or depraved that way... 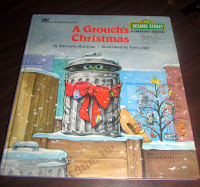 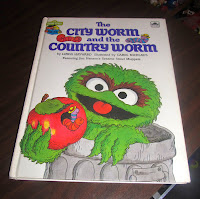 A couple of Oscar-centric Sesame Street Books (Well, one is technically worm-centric... but Oscar is our gateway into the worm-world of Sesame Street so...). I've pretty much settled on Oscar as one of my (if not the ONE) favorite Sesame Street characters. When you really stop and think about the characters invented on this show, you can point at some of the most original concepts in all of children's entertainment. Oscar is a filth-grubbing, trash-wallowing, belligerent, insolent, grumpy-Gus who, while showing the occasional ray of sunshine through the thunderhead, just never truly reforms. And we love him for it. 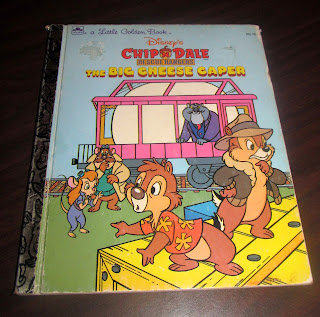 Little Golden Books, the cornerstone of many a Goodwill trip for me, were present for this trip as well. I found two of the BIG Little Golden Books, as these are almost always a must-buy for me. "Dinosaur Discoveries" and "Little Raccoon's Nighttime Adventure" 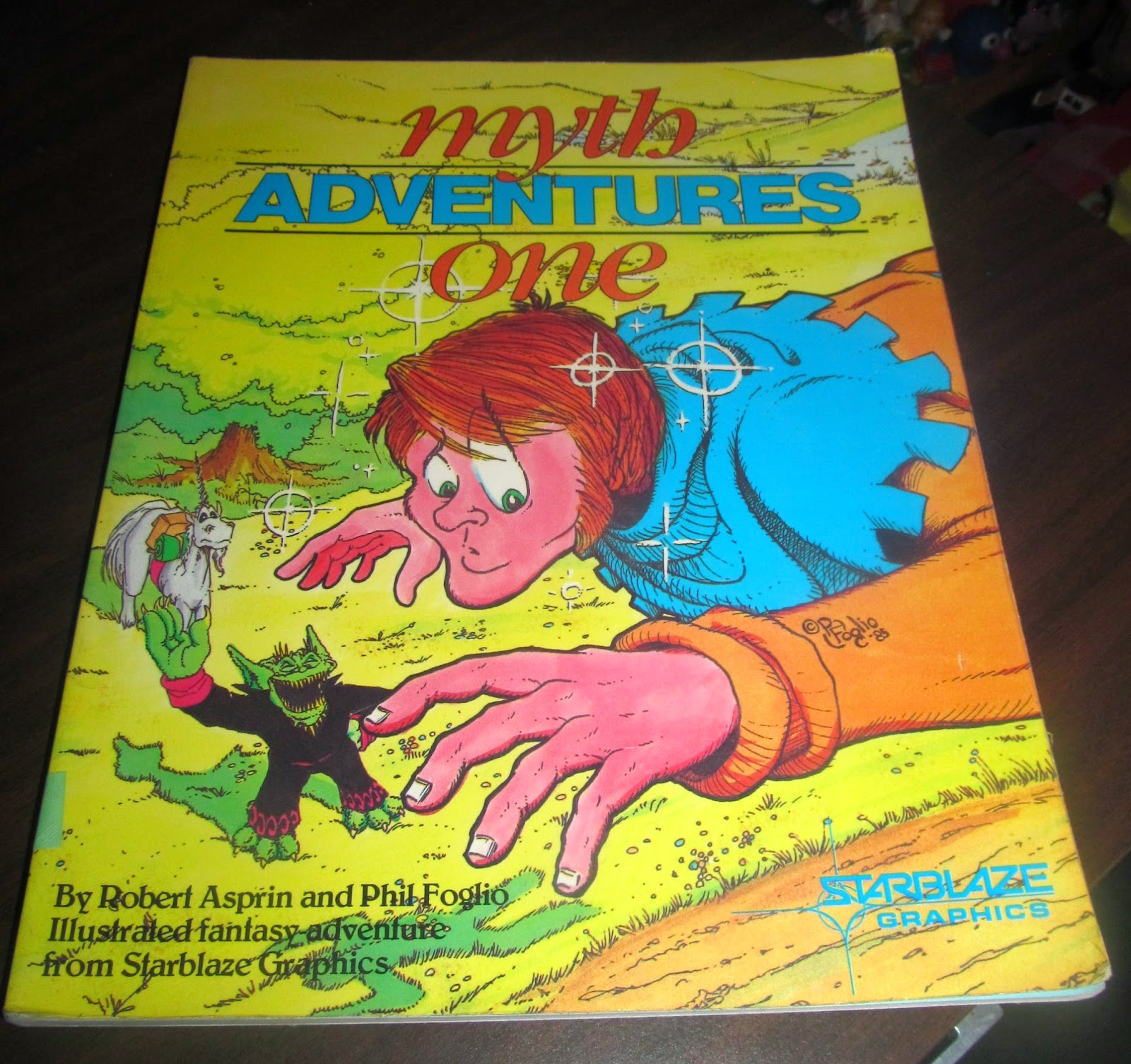 This was of PARTICULAR interest to me... as it is the first volume in a comic adaptation of Robert Asprin's "Myth" series. I LOVE Robet Asprin's "Myth" series. I wish I hadn't gotten rid of those books quite a long time ago, as I am craving a reread. I am not a huge fan of the particular art style of this adaptation (Phil Foglio's style specifically...), especially since I don't picture Skeeve or Aahz as anything but the Walter Velez interpretation: 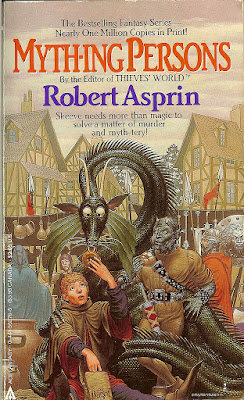 But I'll take what I can get I guess. 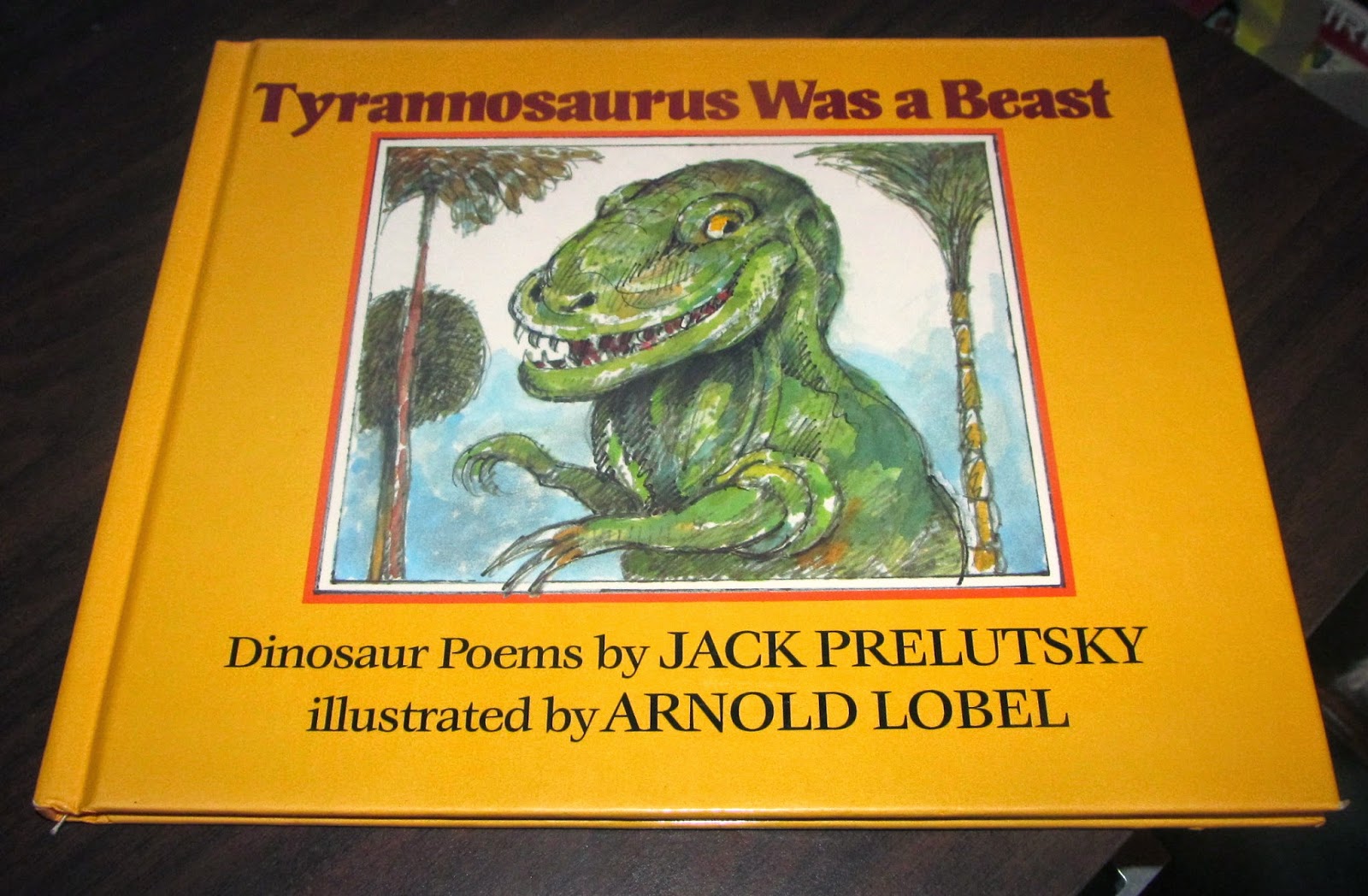 There was also a grab bag! Here are the contents, of which only about 20 percent is going to get any attention in this post. The Blackarachnia in the sealed bag was nice, but as I already own this particular toy, she went off to another home. The Teletubby, Po, actually went to one of my sons, who discovered some of my daughters old Teletubbies toys just a few months before this trip to Goodwill, and he LOVED it. Now on to the other stuff! 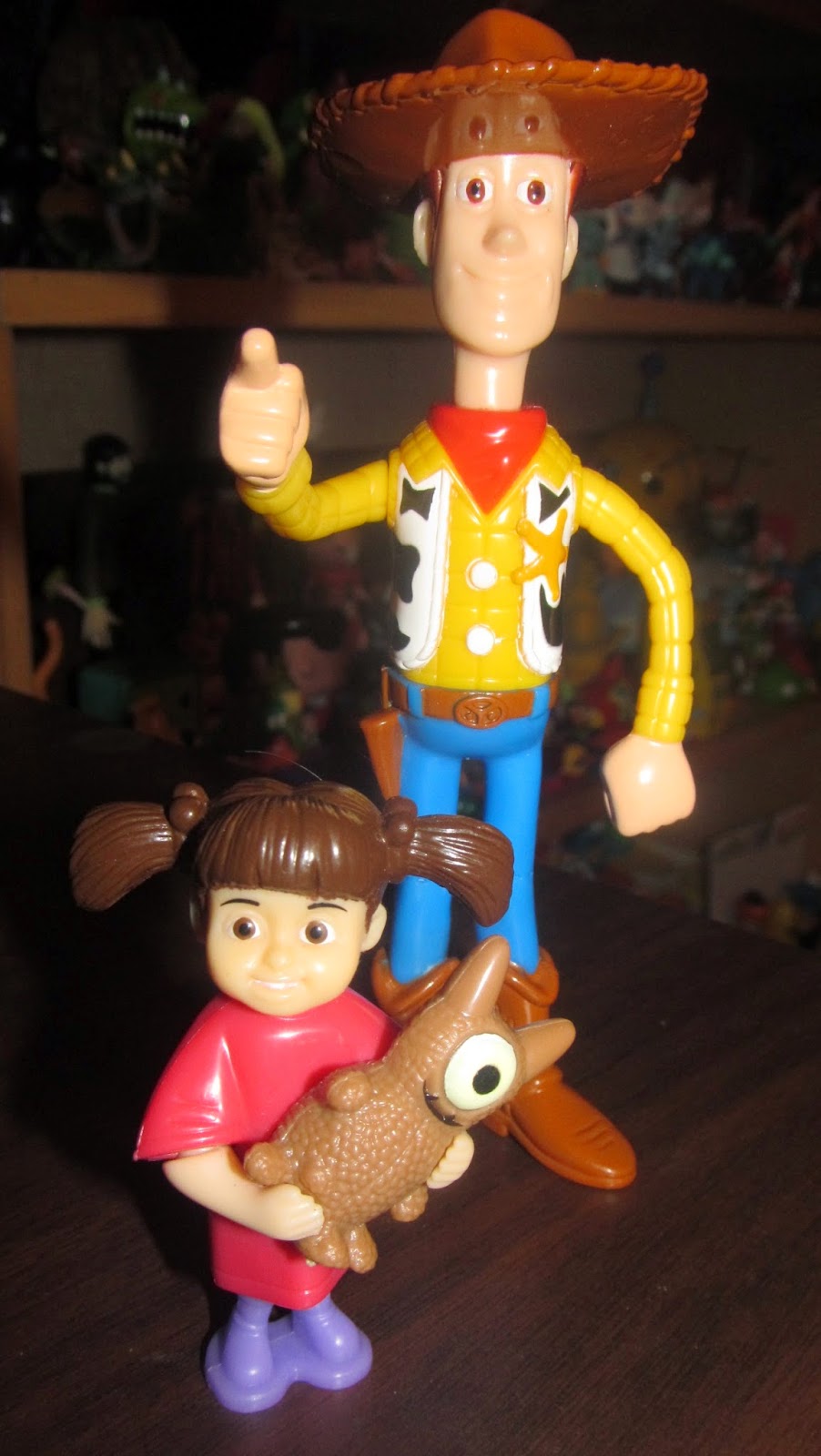 First up we have these two Pixar alums, Boo and Woody. I didn't really care all that much about owning this Woody figure, to be honest with you. I pretty much only collect figures from the Mattel Toy Story Buddies line, so while I was mildly pleased to see the old woodster here, I also added him to my giveaway pile. Now Boo? She's a different story altogether. Monsters Inc. Happy Meal Toys I like. So she went right on the shelf with Mike and Sully. 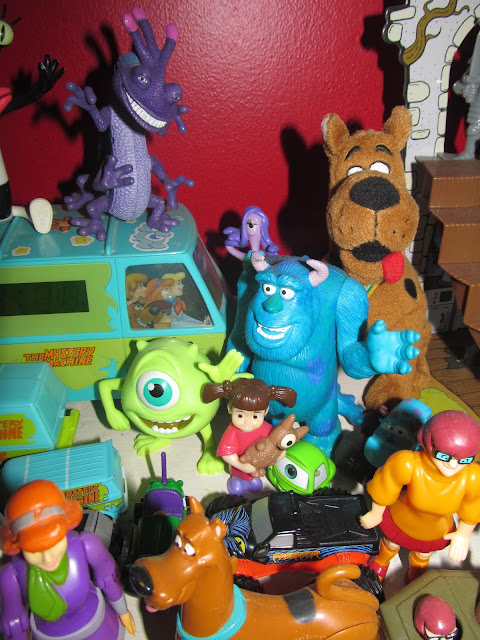 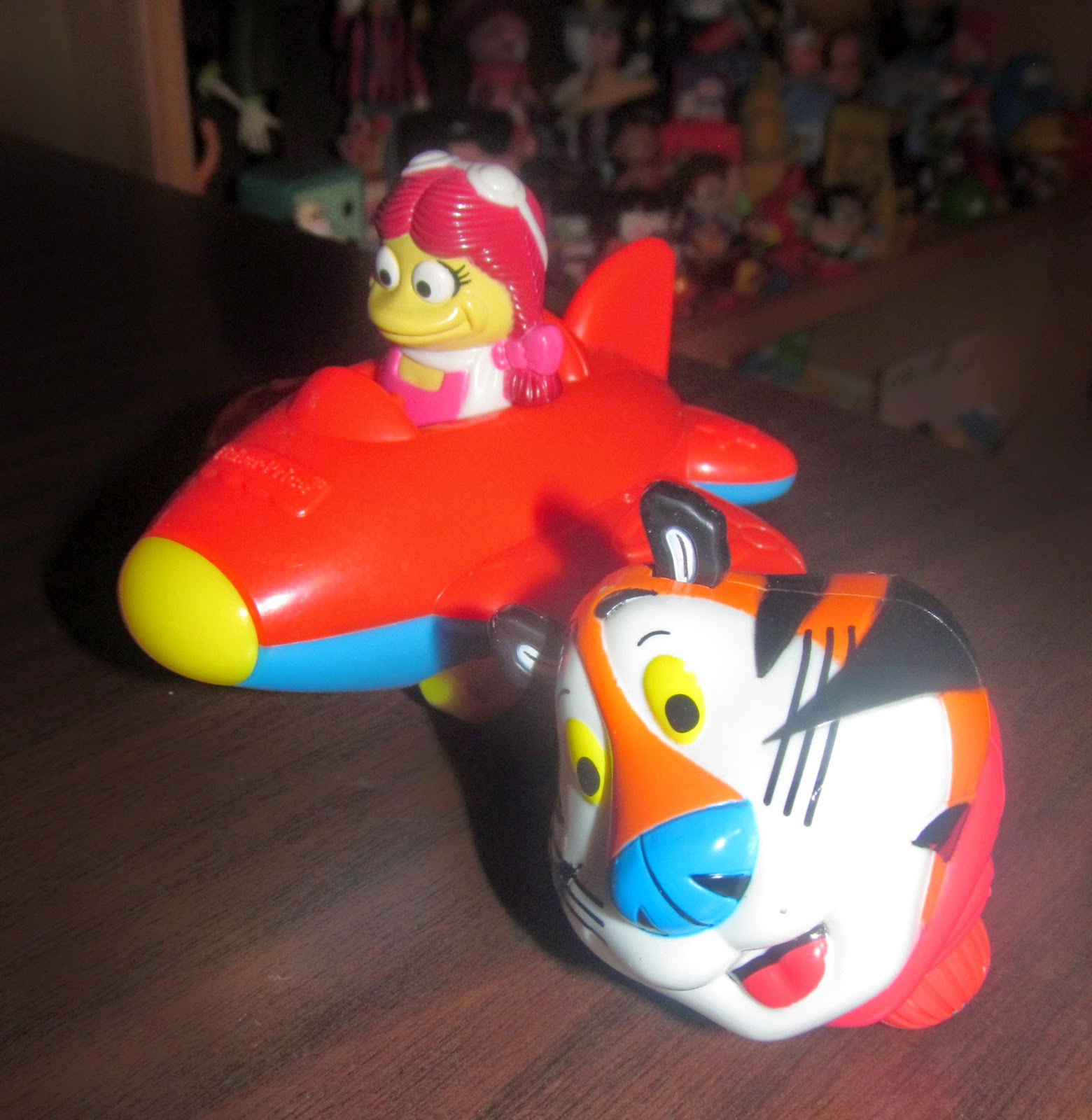 The real gems (besides beloved Boo above) of this grab bag were these two hooligans. A Birdie the Early Bird Happy Meal toy (for toddlers, but I do not care...) and the severed head of Tony the Tiger, still grinning vacantly, mounted on a top. I love merchandise for food mascots, and these two were just what the doctor ordered!

So that's it folks! A quicky but goody. I'll be back with more Geeky Goodwill Goodies soon enough! Until then, Happy Hunting!
Posted by Derek Ash at 8:17 PM