A Package from Miss M!!!

I have been a little MIA blog-wise for a little longer than I usually like to be... and there are several reasons for that, some real-life in nature, others blog related in general, as October creeps closer and closer. But it was not my intention to fall completely off the face of the earth in the meantime! I still have some content I desperately want to get posted before the last day of September... and I fear I won't get to it all. I will be trying to blog through November this year, so hopefully I'll get to a bit more of it before December and its prerequisite countdowns kick into gear.

For now, I want to post about this awesome package that came to me in the mail from one of my absolute best friends on the internet, and my podcasting comrade-in-arms, Miss M!!! We along with our other good friends Brian (The Trash Man) and Jason are the forces combined behind the Eclectic Mayhem Podcast.

Let's take a look at what the amazing Miss M of Diary of a Dorkette fame sent me, shall we? 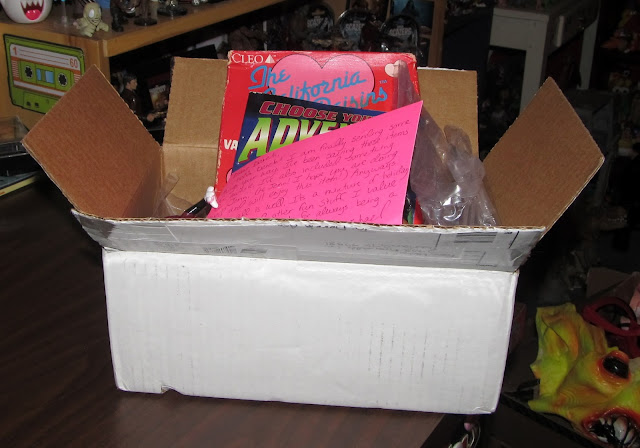 Here's a quick peek at the box itself. (Miss M always includes a card or handwritten note, which is extra awesome) Now let's look inside! 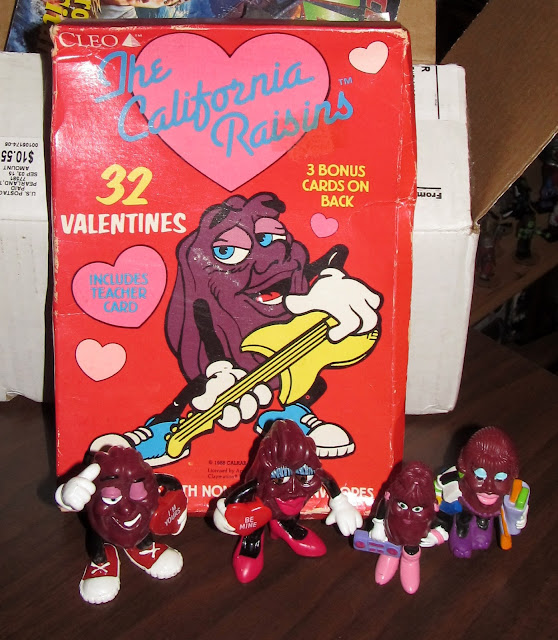 First up, M knows I have a lot of love in my heart for The California Raisins. So to express this love, she sent me a box of Valentines featuring the raisins, and four of the classic PVC figurines, two of which were Valentine's Day themed as well! I owned both of these heart-hugging heroes as a kid, and having them back in my collection really has me pleased. The two mallrat Raisin gals on the right were Hardee's premiums from the period of time near the end of the Raisin's run. These were some of the last figures produced as their popularity was beginning to wane. LOVE THESE!!! 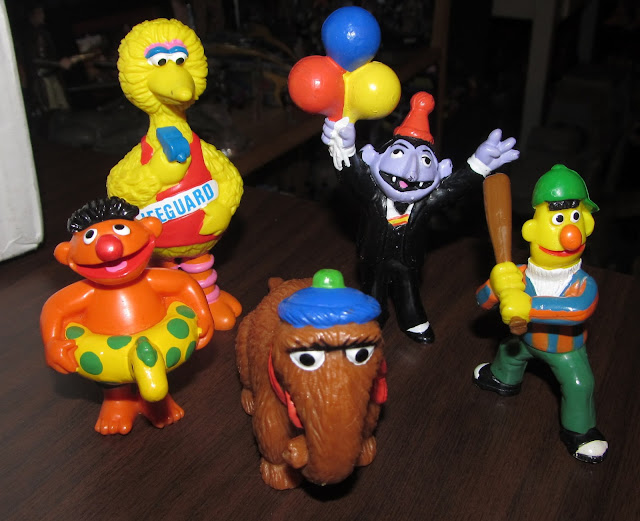 Miss M also knows ho much I LOVE Sesame Street, and not only did Applause do some great PVC figures for the aforementioned Raisins, they also did a wonderful line of figures for the Street! I think my absolute favorite of the bunch is the Christmasy (or at least Wintery) Snuffleupagus. 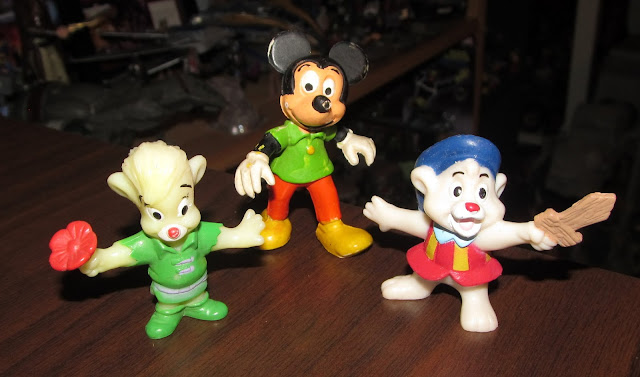 Next up were these incredible Disney themed figures! I am a HUGE fan of Disney's Adventures of the Gummi Bears, so getting Sunny and Cubby Gummi here is very exciting! That Mickey figure has an awesome retro vibe to him as well that I just love. 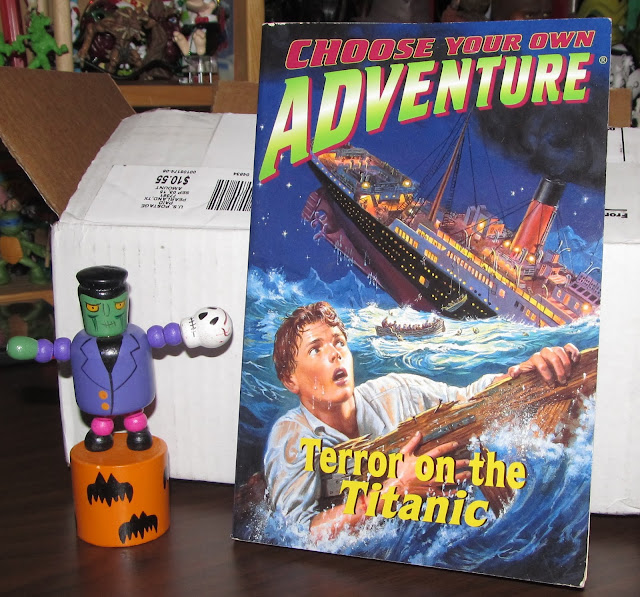 Next up we have this groovy Frankenstein's Monster (I think it's him anyway... this may just be a ghoul or a zombie honestly... he's holding a skull and looks suspiciously stitch-free now that I look at him closer...) push puppet. I have a Halloween collection of these things that this will go along with beautifully!  And check out this Choose Your Own Adventure book "Terror on the Titanic!" I think this is the one where you get to choose if it's Jack or Rose that freezes or floats at the end. Based on the cover, Jack floating while Rose is left to freeze just may be the popular vote. 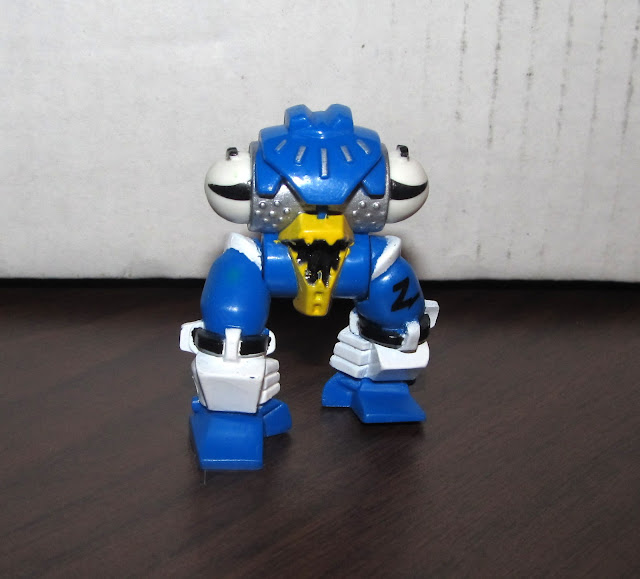 But this guy... THIS GUY. This is the true gem of this package. I loved EVERYTHING, don't get me wrong, but this is the item I was most tickled to receive. I mentioned wanting this guy on the episode of Eclectic Mayhem where we discussed Robots in pop culture. Miss M said she had an extra one she would toss my way, and MY DAY WAS MADE. This, for the uninitiated, is a Z-Bot from 1993. This specific one was from the series of Z-Bots given out as Burger King Kid's Club premiums:

And honestly, because of this, these are the only 5 Z-Bots I am interested in owning. Thing is, this guy here, "Bugeye" was the fifth and final Z-Bot I needed to complete the quintet!

My deepest gratitude to Miss M for all the Geeky Goodies!!! She's got to be one of the most genuine, generous, honest, and friendly folks I have yet to meet in internet land. I am so lucky to be able to call her one of my friends, and I'll be putting together a little thank you package for her soon enough!

That's it for tonight kids! I'll be back sometime soonish with more Geeky Goodwill Goodies (or maybe another package...) soon enough! In the meantime, Happy Hunting!
Posted by Derek Ash at 5:44 PM