Another Trip to the Old Schoolhouse Antique Mall

There's an antique mall out in Brewer, ME that I've only dropped in on a couple of times now, and this post to follow reflects the second visit I've made out there. It's a fun place to check out once in awhile, as the stock doesn't really change frequently enough for me to make the trip out there more than maybe once or twice a year. But when I do, man the finds are fun! 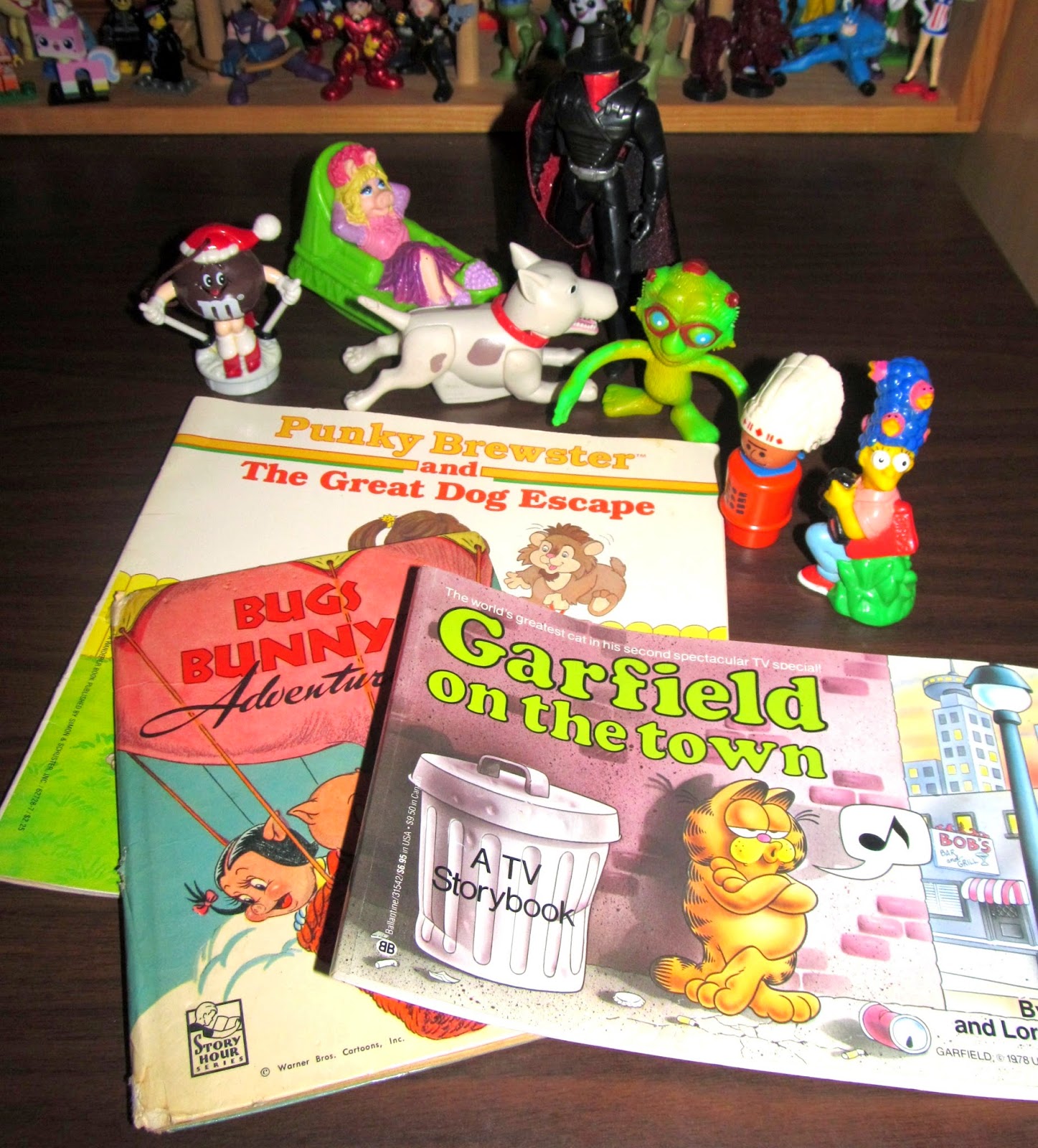 Here's a quick glimpse at everything I brought home from The Old Schoolhouse. But let's take a closer look, shall we? 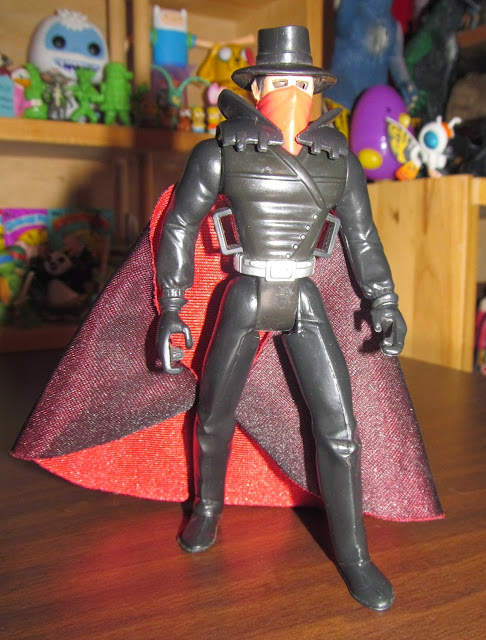 First up, I already had a capeless version of this same Shadow action figure. But since this one HAS the cape, I couldn't pass it up, This is pretty much the one action figure from the line put out to support the 1994 Alec Baldwin film that actually just looks like the character without any weird bells or whistles. Would I love it if I had the pistols that go along with this shadowy hero? Yes I would. But at least now I have an action figure that represents the character as he should look. 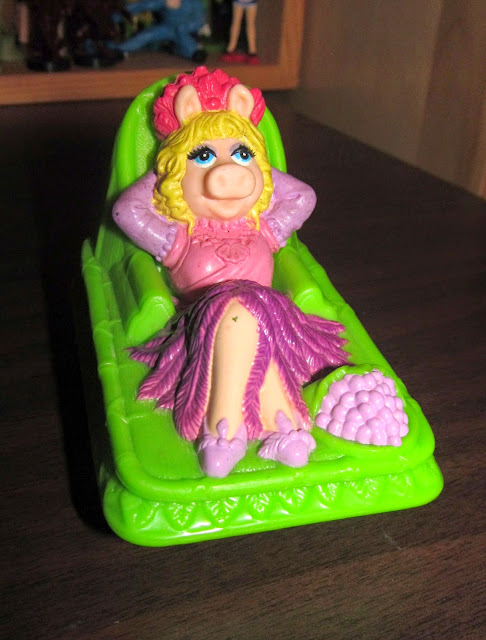 This Miss Piggy in repose is a Benjamina Gunn Muppets Treasure Island Happy Meal toy from 1996. I love the look of this toy, and the colors are amazing. So far I have Piggy and Fozzie from this set, and I honestly wouldn't mind tracking down the rest. I made the mistake of finding and passing over a Gonzo toy from this same line about a year before this, and have been kicking myself ever since! 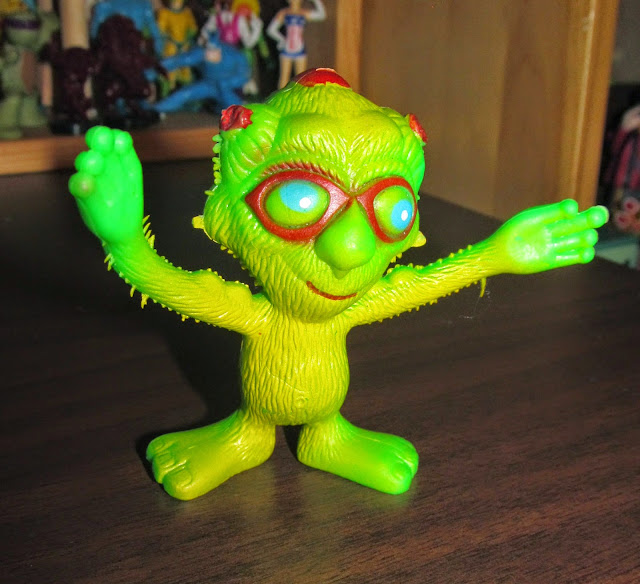 This little Green fellow is an "Outer Terrestrial Creature" toy produced by Marty Toys back in 1983. This guys name is "Mooky" and on top of being a bendy toy, he's preternaturally top-heavy due to a special "Somersault Action" that these toys had, which basically meant that if you toppled them over, they flipped. I absolutely ADORE weird old toy lines like the one Mooky here comes from. It's precisely these kinds of discoveries that keep me picking through old junk as a hobby. 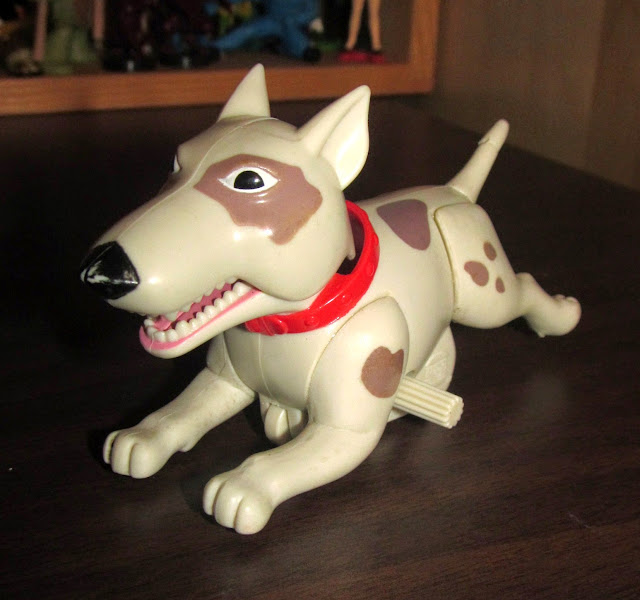 This might not strike you as ridiculously exciting... but for me, finding this 1996 Burger King wind-up "Scud" toy from the original Toy Story movie was a dream come true. I've been eye-balling these things on eBay for years now, and all because I wanted a Scud toy of an approximately appropriate scale to display with my Toy Story Buddies collection: 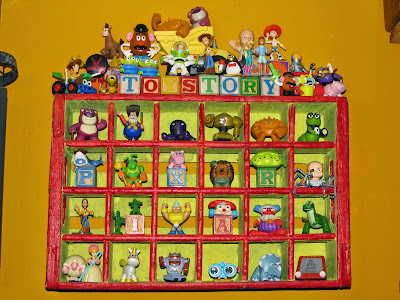 And this Scud fits the bill perfectly. (P.S. If anyone has an extra Etch-a-Sketch with Chickenman, Snake-and-Robot 2-pack, or any mini toys of the mutant toys from the first film... contact me. There's only like 5 toys left that I want or need to finish this collection off). 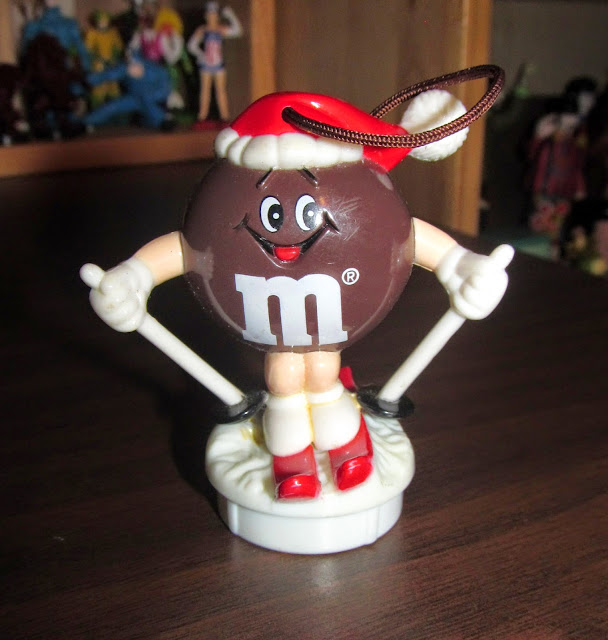 I used to religiously track down the M&M tubes every Christmas JUST for the ornaments on top. I don't do it anymore because they don't really make them either a.) new every year... they just recucle old designs repeatedly... or b.) they don't make them at all. Couldn't spot any M&M ornament tubes at ALL this past year... -sob-. So finding this little brown M&M skier really made my day!!! I feel like the brown M&M's are seriously underrepresented in toy/ornament form, since the reds and yellows and greens are so much more festive... so this guy really stands out! 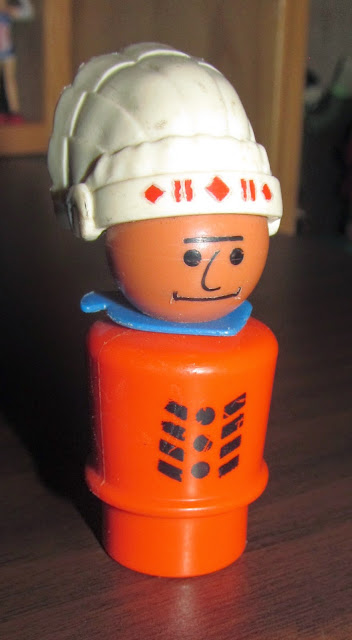 I am now 1/6th closer to having a complete set of Fisher Price Little People to represent each of the Village people. I could literally NOT be more excited than I am about this fact. Look at this guy! I apologize if this toy is seen as horrifically racist. I really do. But it came from a time when toys like this were beloved.

And I belove him. 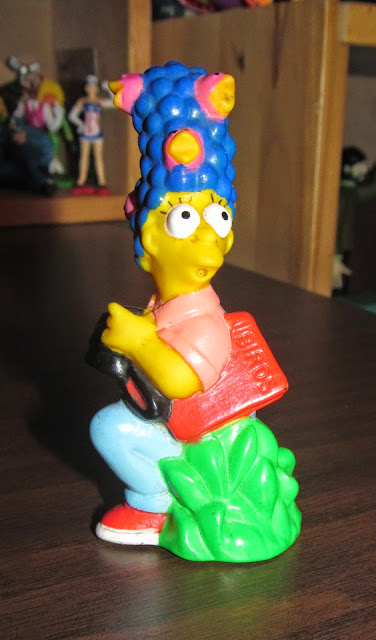 I am not afraid to admit that I adore Marge Simpson. Probably to an inappropriate degree. And disturbingly, there is a whole LOT of inappropriate material out there on the internet (please, for the love of all that is good... do NOT Google it, as some of it will just make you lose faith in humanity) to support a man with my kind of carnal cartoon lust. Fortunately, I don't need to go looking because my collection of Marge Simpsons toys is growing healthily, (can the jokes you pervs) thank you very much. I now proudly own two of the toys from this, the very first line of Burger King Kids Club premiums to feature the Simpsons. 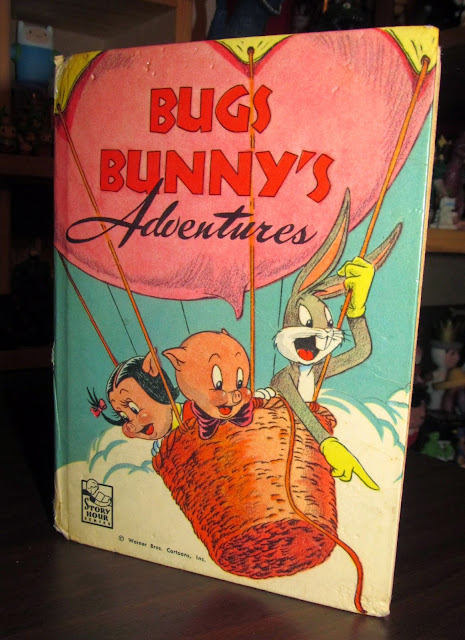 There was also a handful of fun books to be had while I was picking around the Old Schoolhouse too! This Bugs Bunny's Adventures copyrighted from 1948 is practically an illustrated chapter book. I picked this up with a friend in mind. 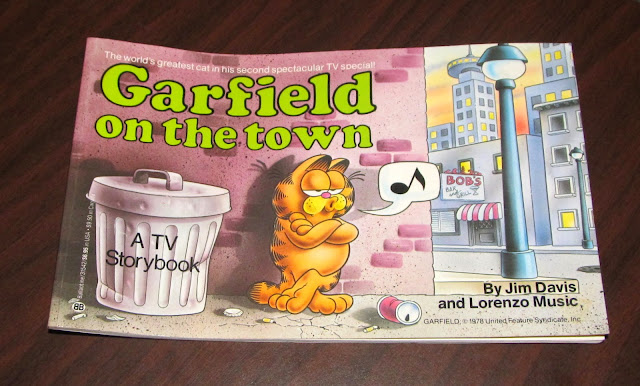 I will never not buy illustrated adaptations of Garfield TV specials. This one is from Garfield On the Town, which was the second special to star Garfield. In this one, he meets his mother and the rest of his extended family, and learns to be (somewhat) thankful for the life he leads with Jon and Odie. If this was being produced today, you wouldn't see the cigarette butts on the ground near Garfield's feet. Just a random observation. 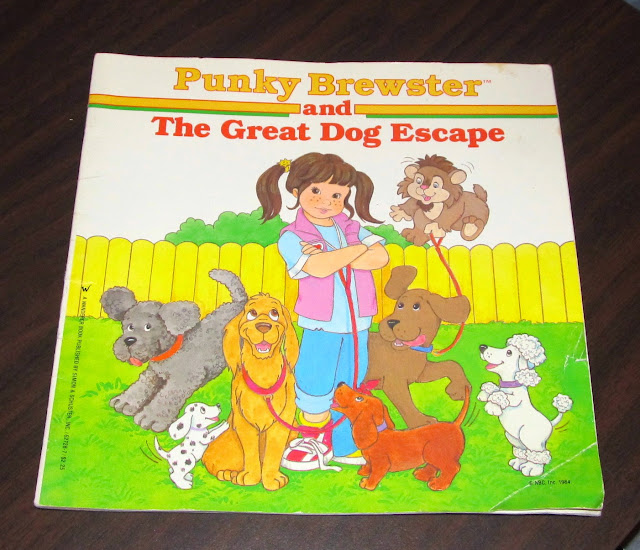 Have I mentioned my undying love for Punky Brewster on this blog before? I think I have. So finding a kids' book dedicated to one of her animated adventures (with Glomer in the mix!) would obviously be a Holy Grail for me. So I brought it home.


So that's it for tonight kids, but I'll be back soon with Geeky Goodwill Goodies before you know it! Until then, Happy Hunting!