Another Trip to Scottie's Books

So last year sometime I went back to "Scottie's Books" a little used bookstore (that I have a feeling may be getting ready to let out a death-rattle within the next few months... man that place just never seems to be doing business) in the area where I occasionally find some fun stuff in. Here's a link to last October's countdown post featuring some face-meltingly cool finds I made there. Anyway, this was just your run-of-the-mill trip to Scottie's, but I STILL managed to make some fun finds. So let's check them out! 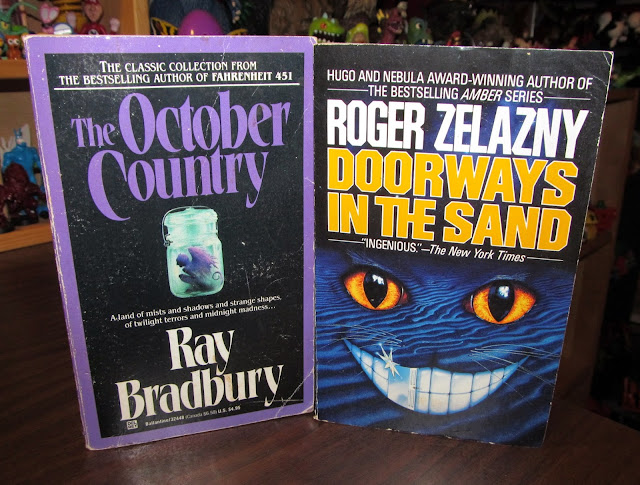 I brought home second copies of both Ray Bradbury's "The October Country" and Roger Zelazny's "Doorways in the and" for a friend. I love both of these books. Actually both of these authors. I have an extensive Zelazny collection, and my Bradbury collection is also picking up speed. I have certain authors that I consider to be "collectible," meaning I pick up books by them any time I spot one I don't already have, regardless of what I have or haven't heard about the books themselves. Both Zelazny and Bradbury are on that list for sure. 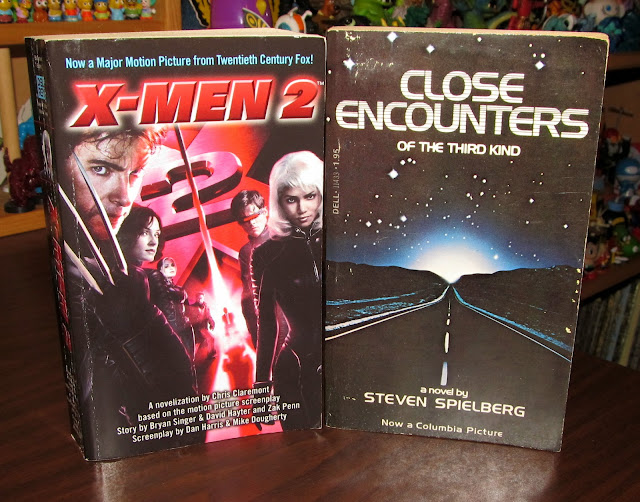 Another type of book I collect is movie novelizations. I rarely ever read them, but if the movie is good enough... or weird enough.. iconic enough... or just mind-numbingly bad enough... then I want a copy of the book they based off of that screenplay. Here we have a copy of X-Men 2, novelized by the one and only Chris Claremont. That actually has a pretty good shot of being read at some point. "Close Encounters of the Third Kind," even though it IS written by Steve Spielberg himself... is probably not going to get read any time soon. 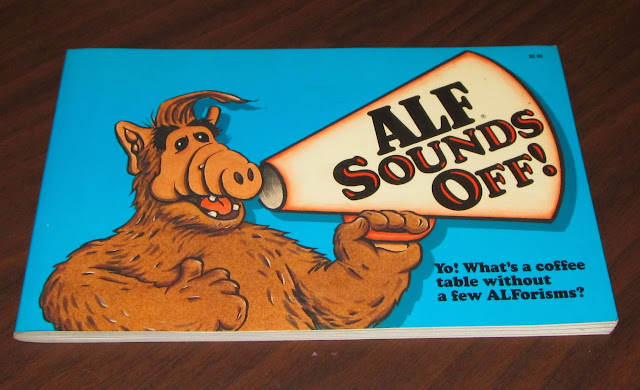 This book is straight up WEIRD. Which is why I love it. It's not a comic-STRIP book per se, but a series of gags and one-liners, mostly illustrated. Maybe I'll explore this one more in-depth sometime in the future, and let you see the pages. It was an interesting find, and apparently, its just one in a series of this kind of ALF book. 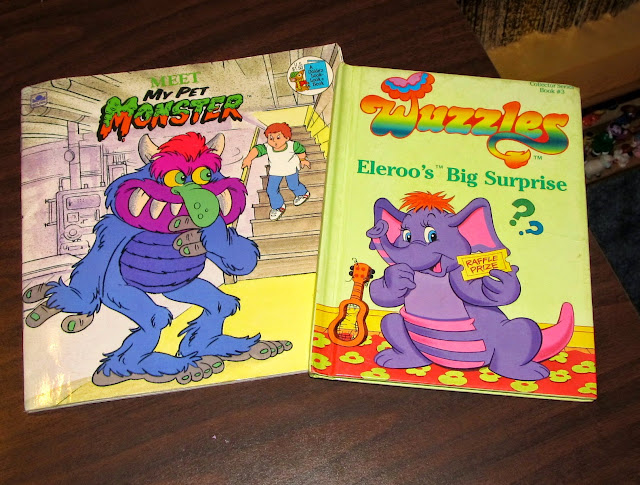 Finally here are some 80's cartoon/toy inspired picture books I found. "Meet My Pet Monster" and "Wuzzles: Eleroo's Big Surprise," both of which I read to my kids that same night. I miss My Pet Monster so much! Yet another great creation from "Those Characters in Cleveland" who brought us Care Bears and Madballs! 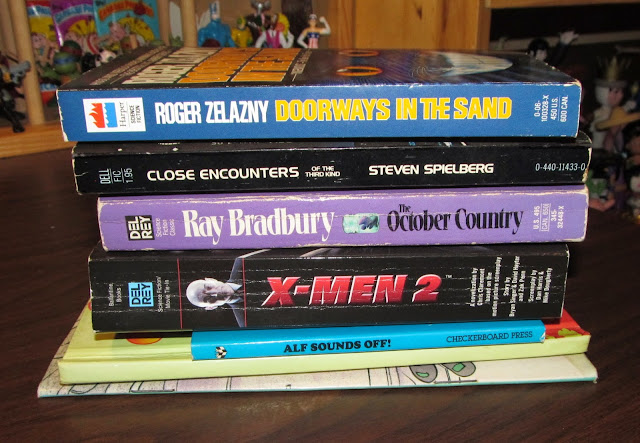 So there you have it! 7 neato-cool books I found at Scottie's Books! I will of course be stopping in there for my annual "spooky books" hunt for my October Halloween countdown again this year... but just in case they permanently close their doors before fall gets here, I may want to make the trip sooner rather than later.

That's it for tonight kids! I'll be back soon with more Geeky Goodwill Goodies in the near future! Until then, Happy Hunting!
Posted by Derek Ash at 4:50 PM