Hey all! Today I'll be focusing mainly on some toys I found in a couple of Grab-Bags I found at Goodwill... and then talking about a couple of cassettes I found.

So you have that to look forward to.

All right, here's the first grab-bag, with all of it's contents already freed. Let's pick through the relevant items, shall we? 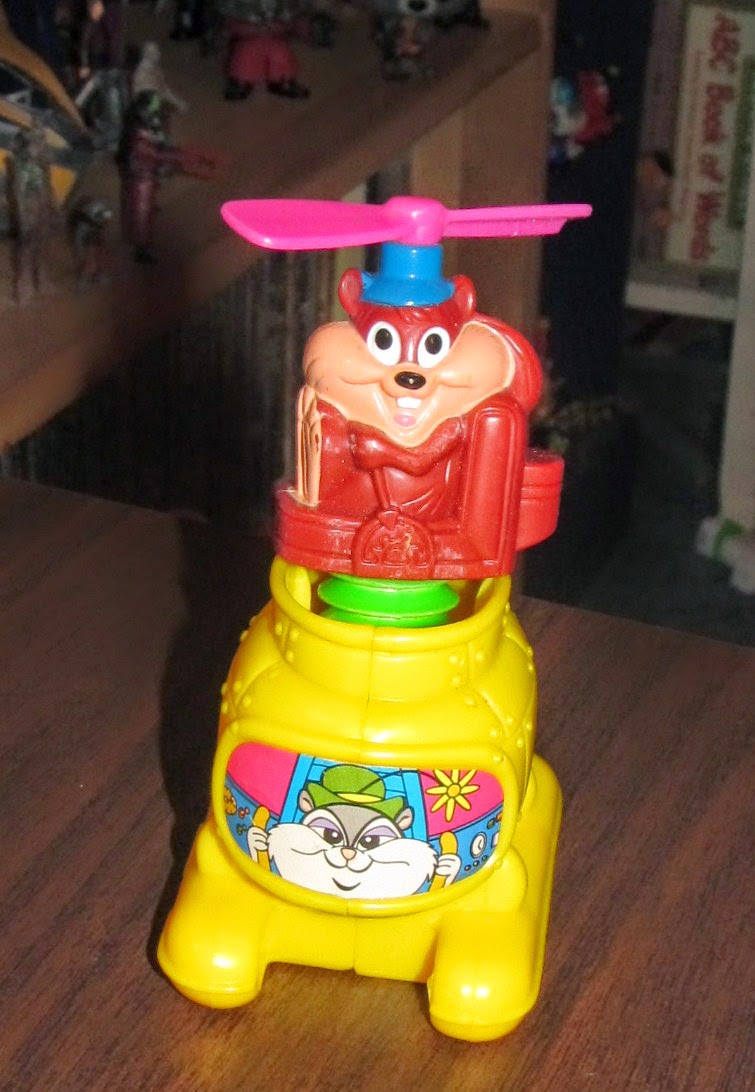 Here's an Animaniacs Happy Meal toy from 1993 that features Slappy, The (now retired) Slap-Happy Squirrel and her nephew, Skippy. Not in love with the design of this particular run of toys, which had the weird, extending accordion tubes as a feature in every toy. I would much preferred to have found the Mindy and Buttons toy as they were a couple of my favorite characters from this show. 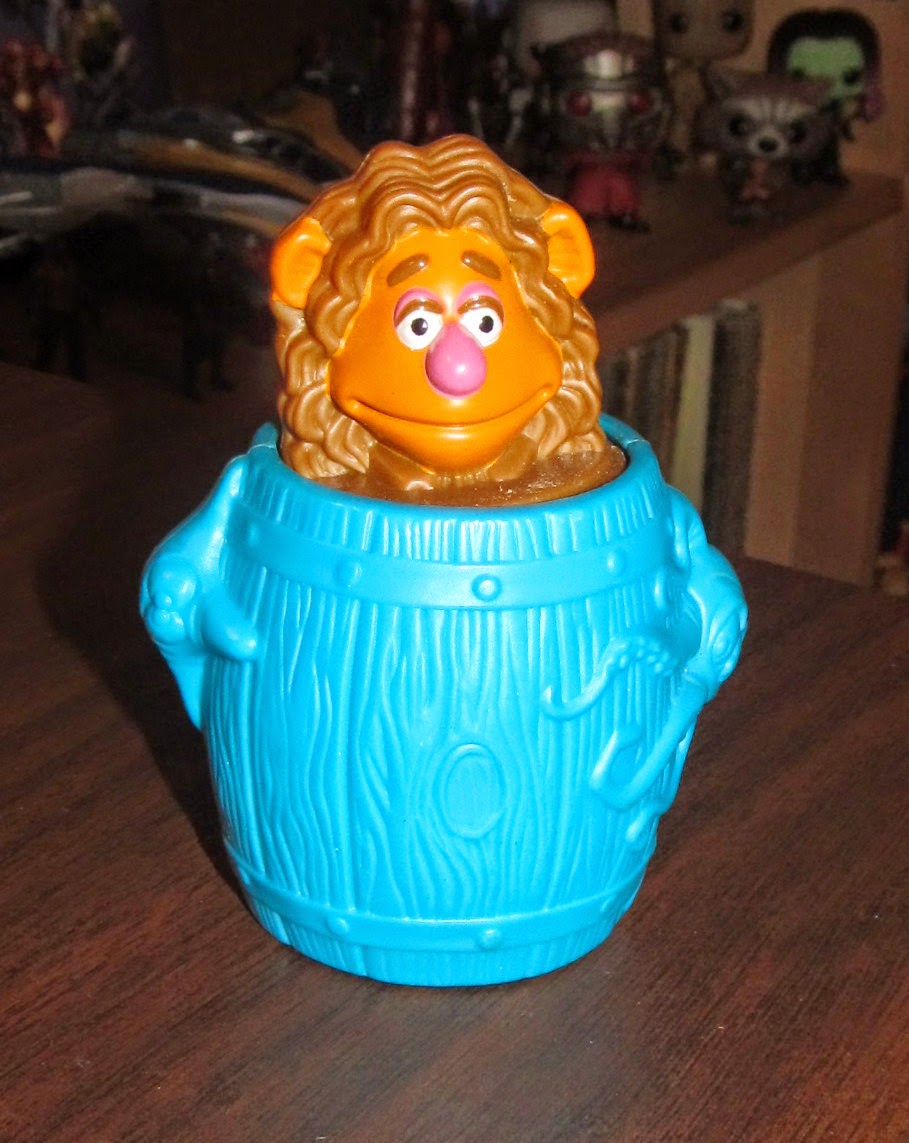 Here we have a Fozzie Bear as Squire Trelawney in Muppet Treasure Island. The toy says it's from 1995 but the movie came out in 1996 so I'm not sure what to believe. Either way, it's Fozzie, and it's from Muppet Treasure Island, which I'm not a huge fan of so on one hand... meh. On the other hand... Muppets!!! So that side wins out. I really love the octopus stuck to Fozzie's barrel's left side. 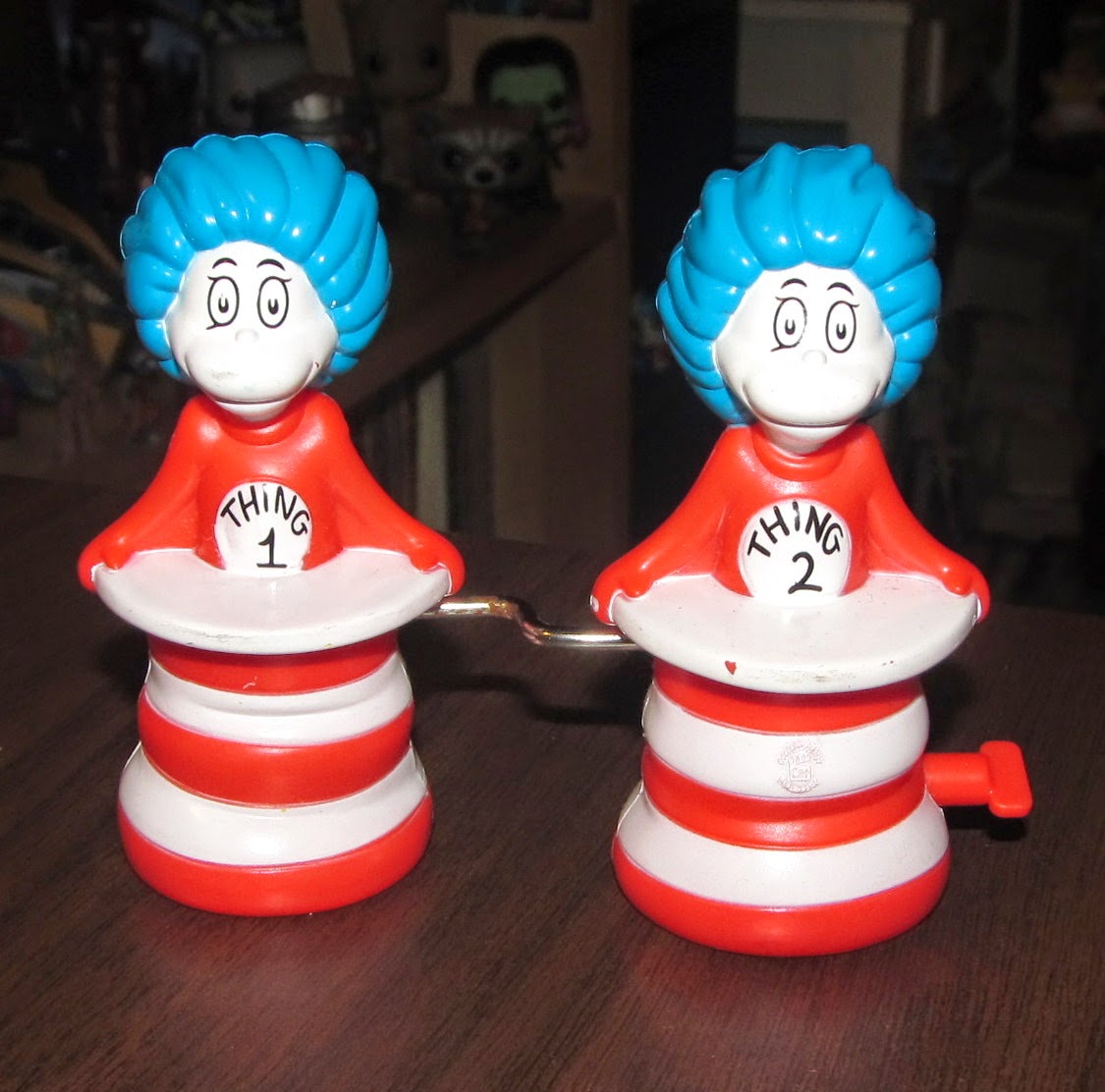 A wind up Thing 1 and Thing 2 toy? Back in 2003 when they put out the GODAWFUL Mike Meyers Cat in the Hat movie, they did a series of toys at Burger King. Luckily, the toys resemble the characters from the BOOK not the MOVIE. So they're all pretty awesome honestly. These are no different. 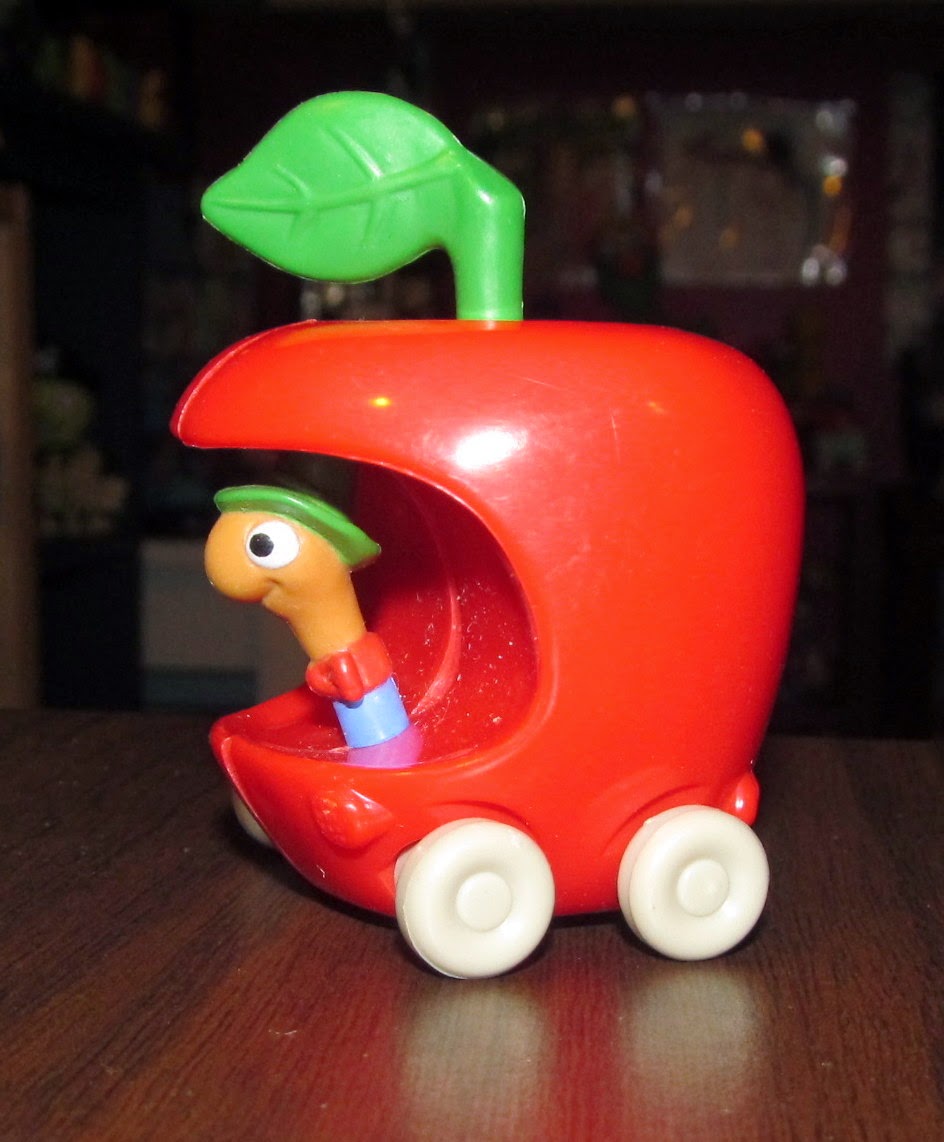 This is a Lowly Worm toy from Burger King back in 1995. I'm not a huge fan of Richard Scarry's Busy World or anything... but Lowly Worm is a children's book icon in my mind, and the image of a worm driving a car made of a half-eaten apple has always resonated with me. 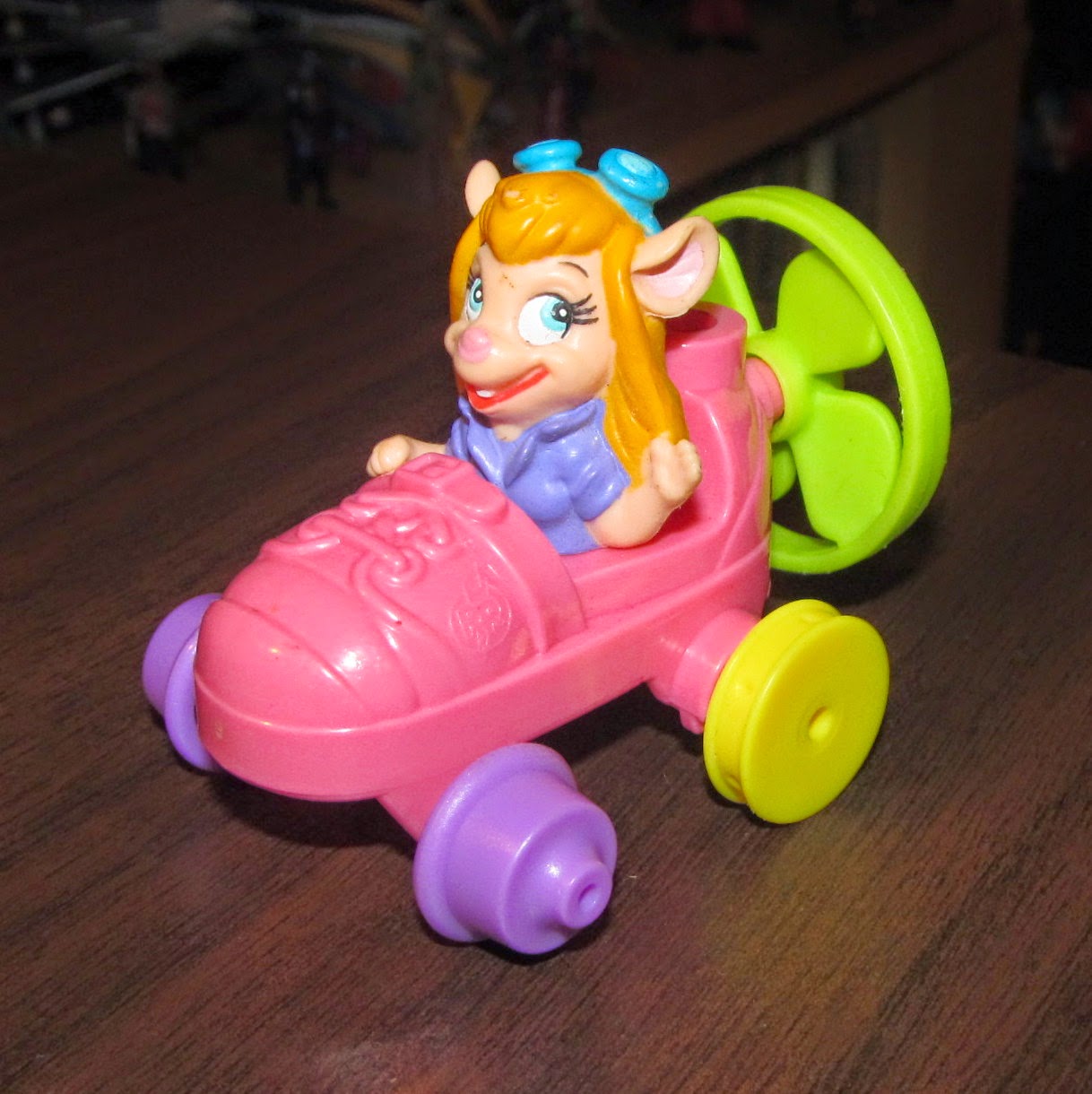 This is the first Gadget from Chip n' Dale's Rescue Rangers McDonald's Happy Meal Toys I ever found. I found more of this exact toy (in better shape) later, but this is my first. Had a whole set of these as a kid, and LOVED Chip n' Dale's RRs!!! 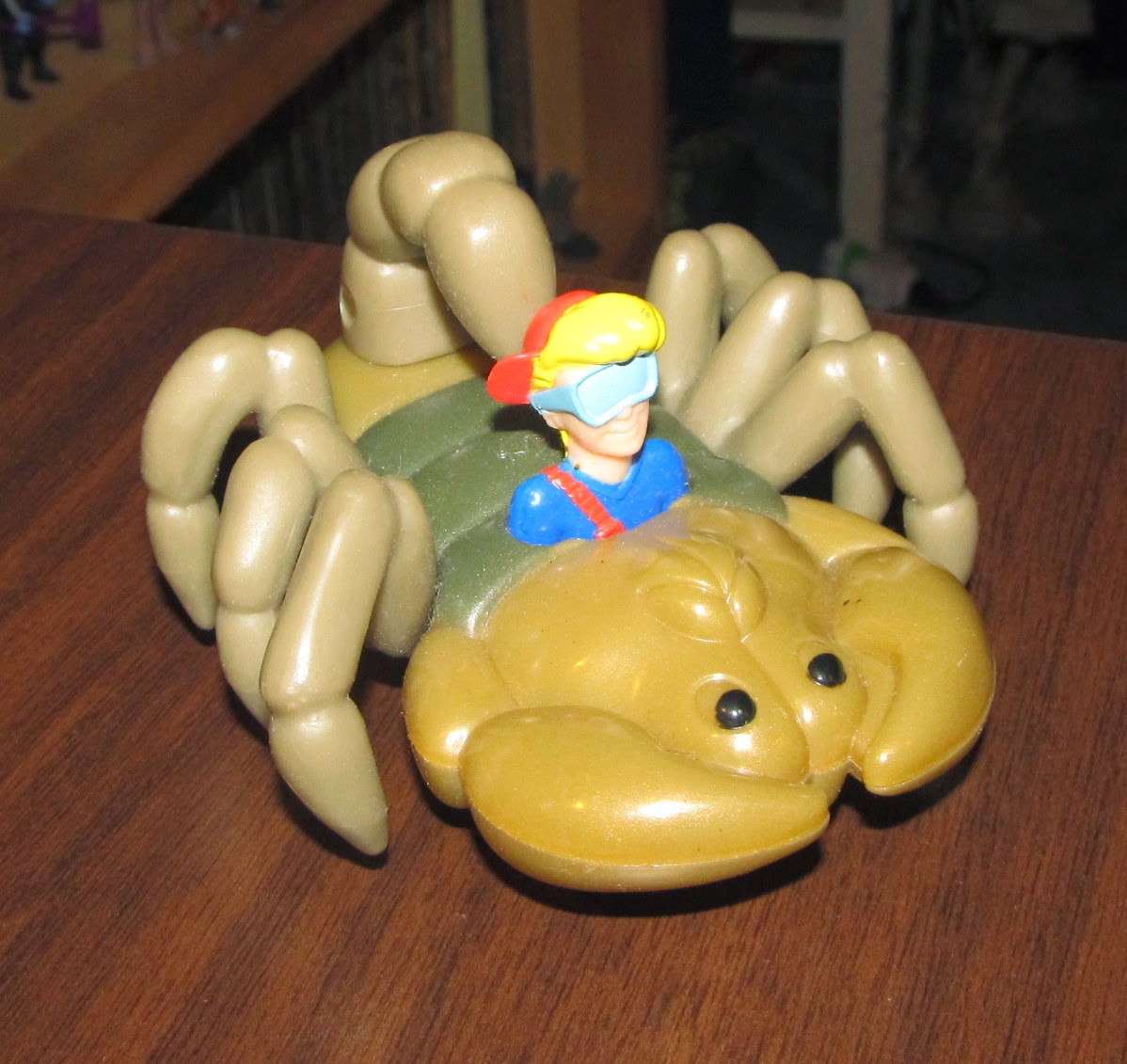 Next up we have a Burger King Kid's Club "Bug Rider" toy, this one being Kid Vid riding a scorpion. These were put out in 1998, and the whole gang got in on the action. Sort of a BIZARRE concept, honestly, but hey those are some of the best, right?

Finally, there was this PVC figurine of the kid from "All Dogs Go to Heaven II". I never saw that movie.. but I found this kid's existence in toy form here to be somehow significant. Apparently there was a set of these released by Subway back in 1996. I think this kid is named David (Google confirms this for me) but I would have been a WHOLE LOT more excited to find Anne-Marie or Charlie or Carface... or just about any of the characters that show up in the original movie. Sigh. 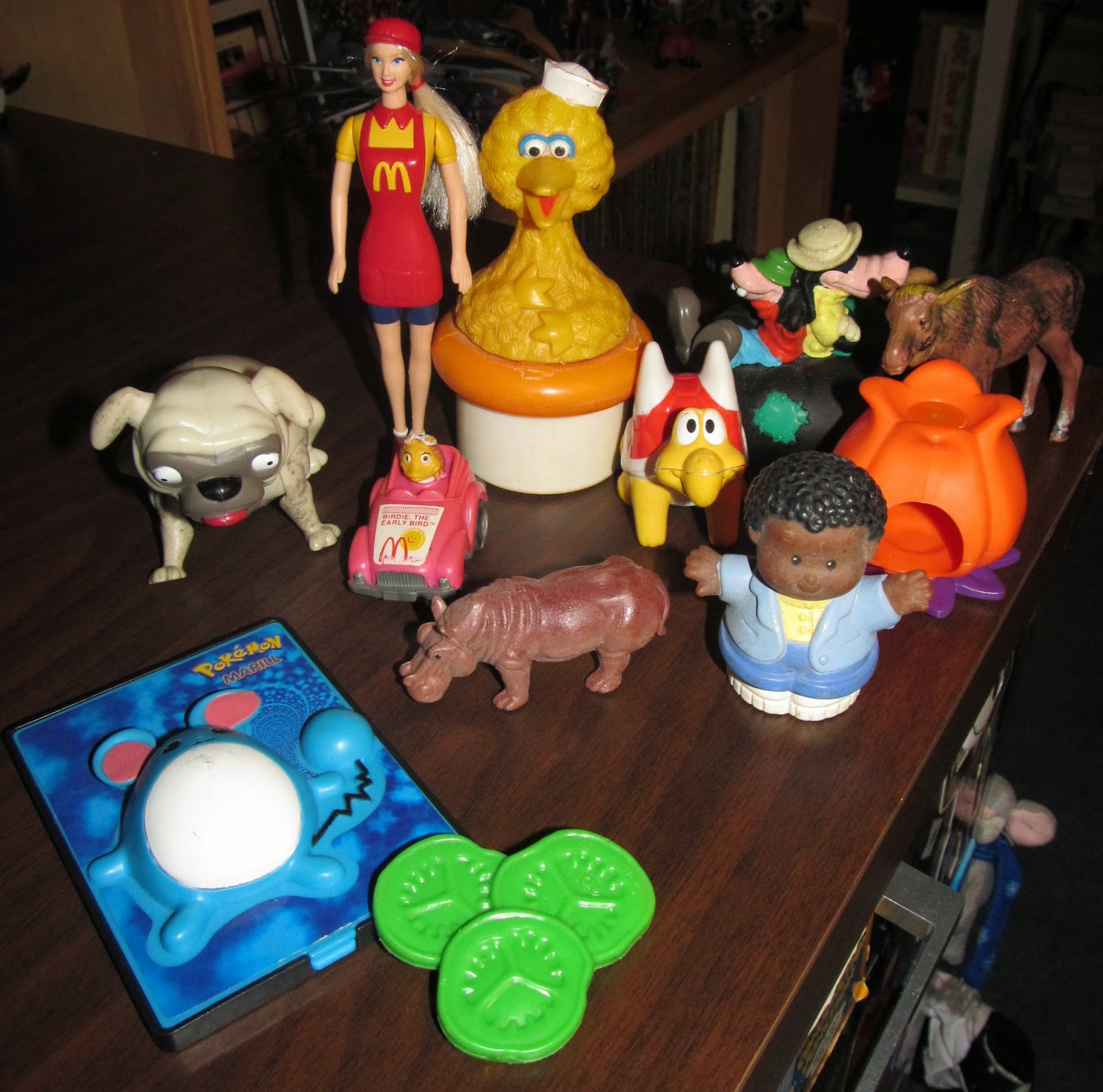 Here are the contents of the second grab-bag. I'm not going to bore you to tears with all of the contents, instead... 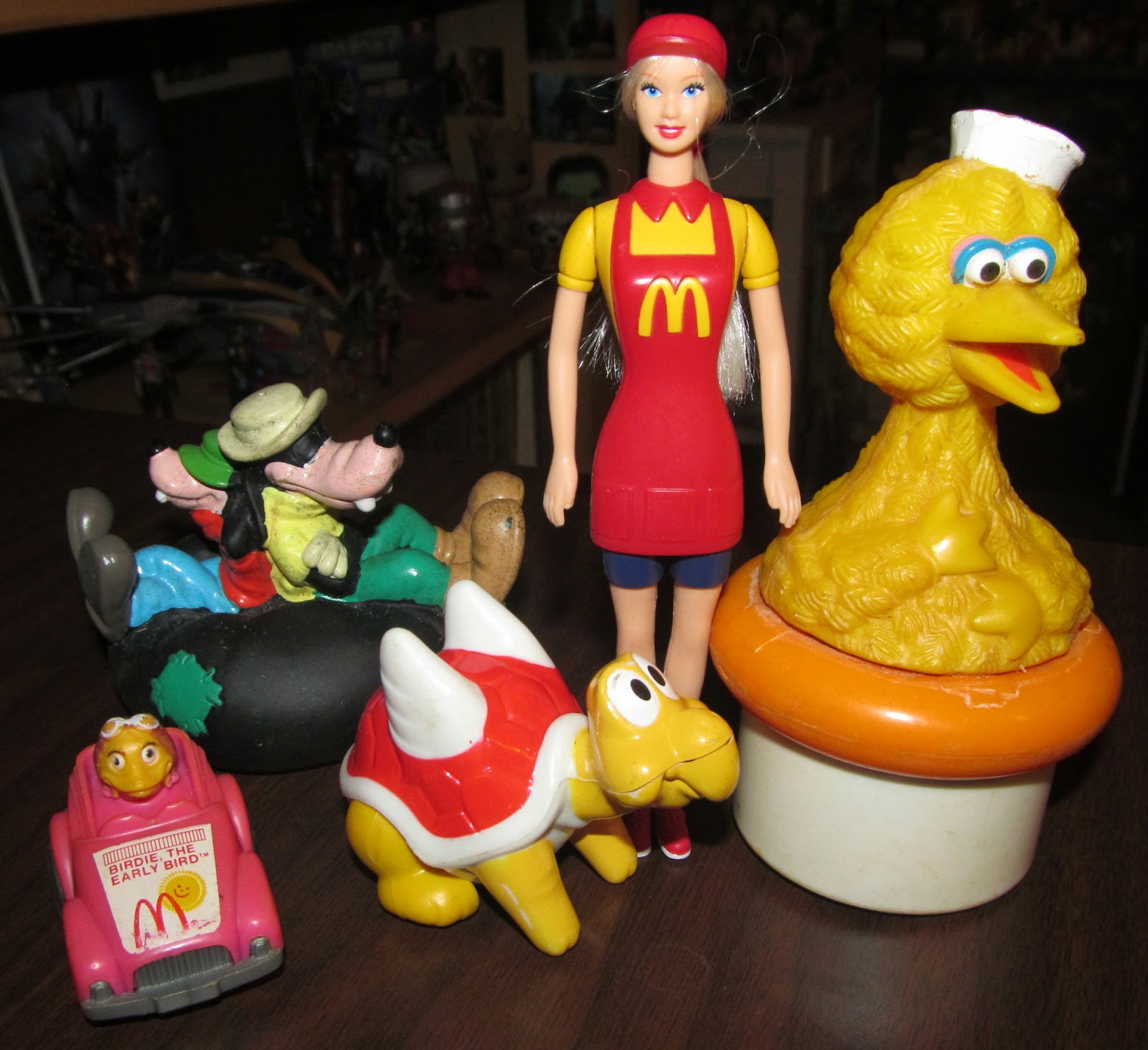 I'll just focus on these ones. There's a Goof Troop toy that I passed on to a friend, a Birdie the Early Bird pull-back car from 1985, a Koopa Paratroopa toy from back in 1989, and the BEST TWO ITEMS: A McDonald's Employee Barbie from 2001, and an... old looking Big Bird Toy from I-don't-know-when (there are no markings). But I LOVE HIM IN HIS LITTLE SAILOR HAT. 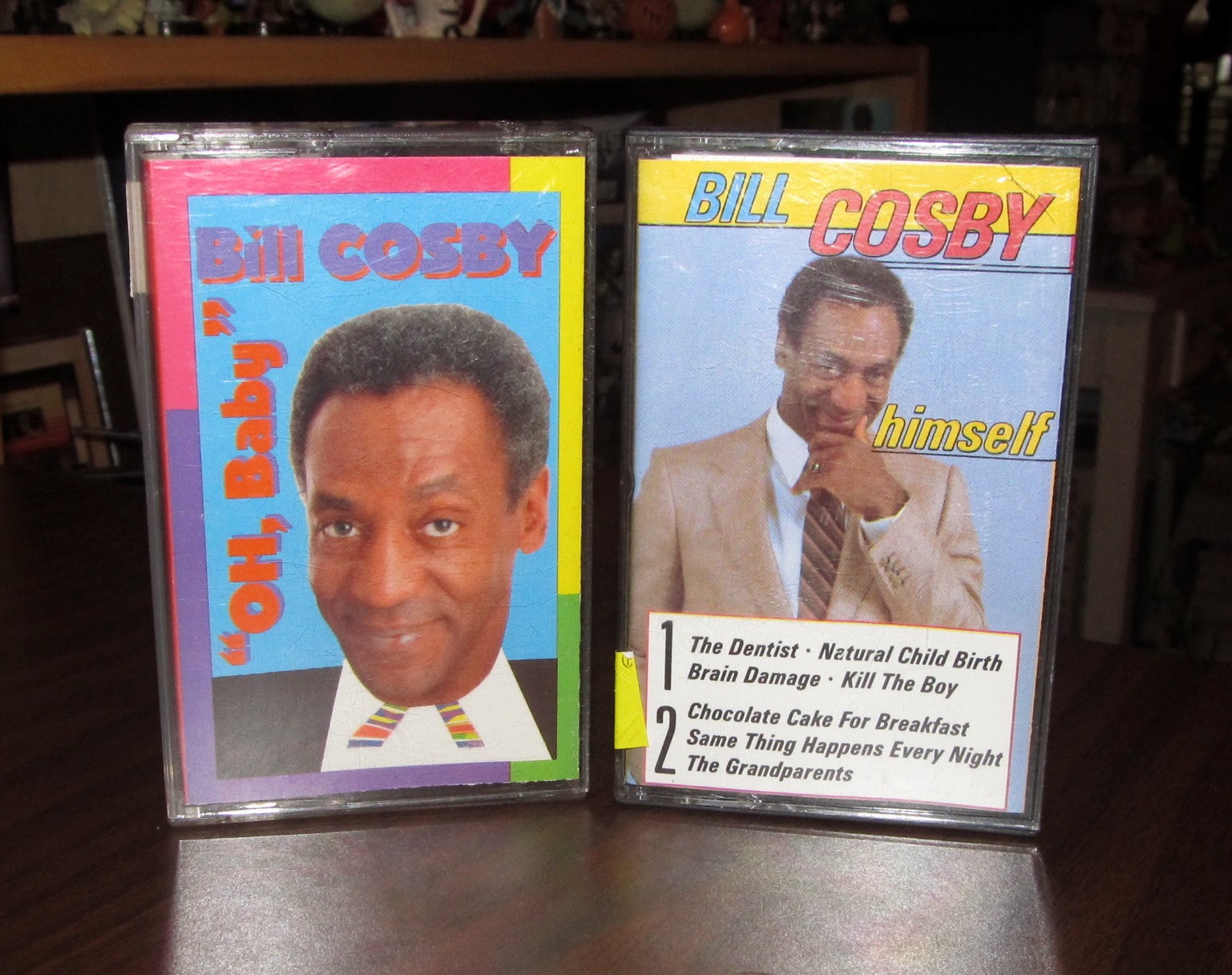 All right... when I picked up these tapes, it was before the big Bill Cosby controversy had hit. I was genuinely exited about these comedy tapes starring Mr. Cosby. But now... I don't know how to feel. Have you guys found yourselves soured on things like the Cosby Show? Or Ghost Dad? Or Jell-O Pudding Pops? What do you think? Do we look past the artist and still love the art? Myself, I'm having a hard time doing that, and frankly, a BIG part of my childhood is withering in my heart because of it. C'est la vie I guess.

Well that's it for tonight kids! I'll be back soon with more Geeky Goodwill Goodies, so until then: Happy Hunting!
Posted by Derek Ash at 11:19 AM