Cassettes and Devils and Dragons... Oh my!

So I'm still playing A LOT of catch-up here at Goodwill Hunting 4 Geeks. The stuff I'm sharing today was actually found last October. The book Old Devil Wind got a place in the countdown, but the rest of this post is very light on the Halloween fare, so it didn't make it under the wire. 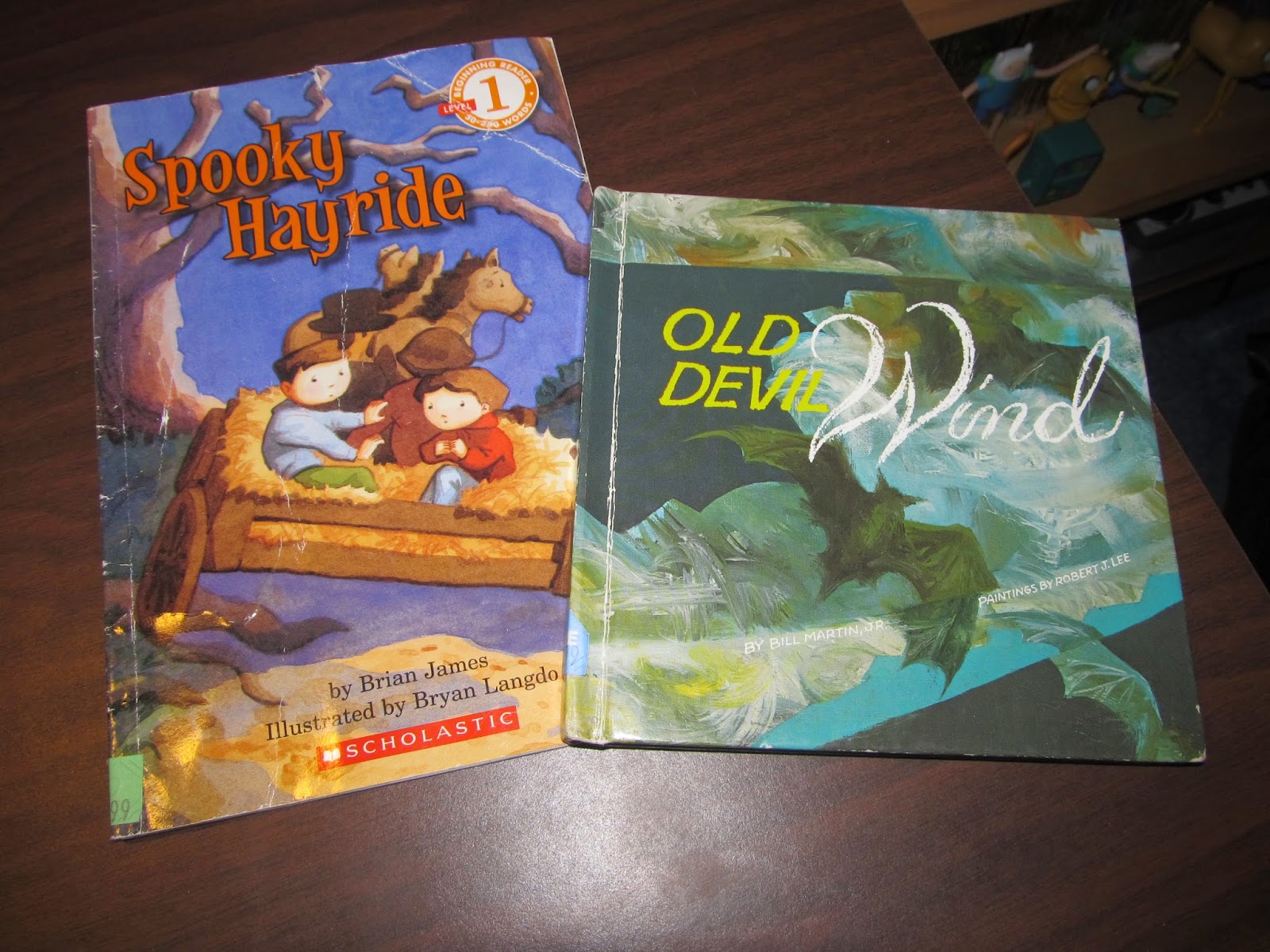 First up we have a couple of nice little Halloween books to add to the seasonal bookshelf. "Spooky Hayride" by Brian James and Bryan Langdo, and "Old Devil Wind" by Bill Martin and Robert J. Lee. These are both great little books, quick reads, and good for young listeners. 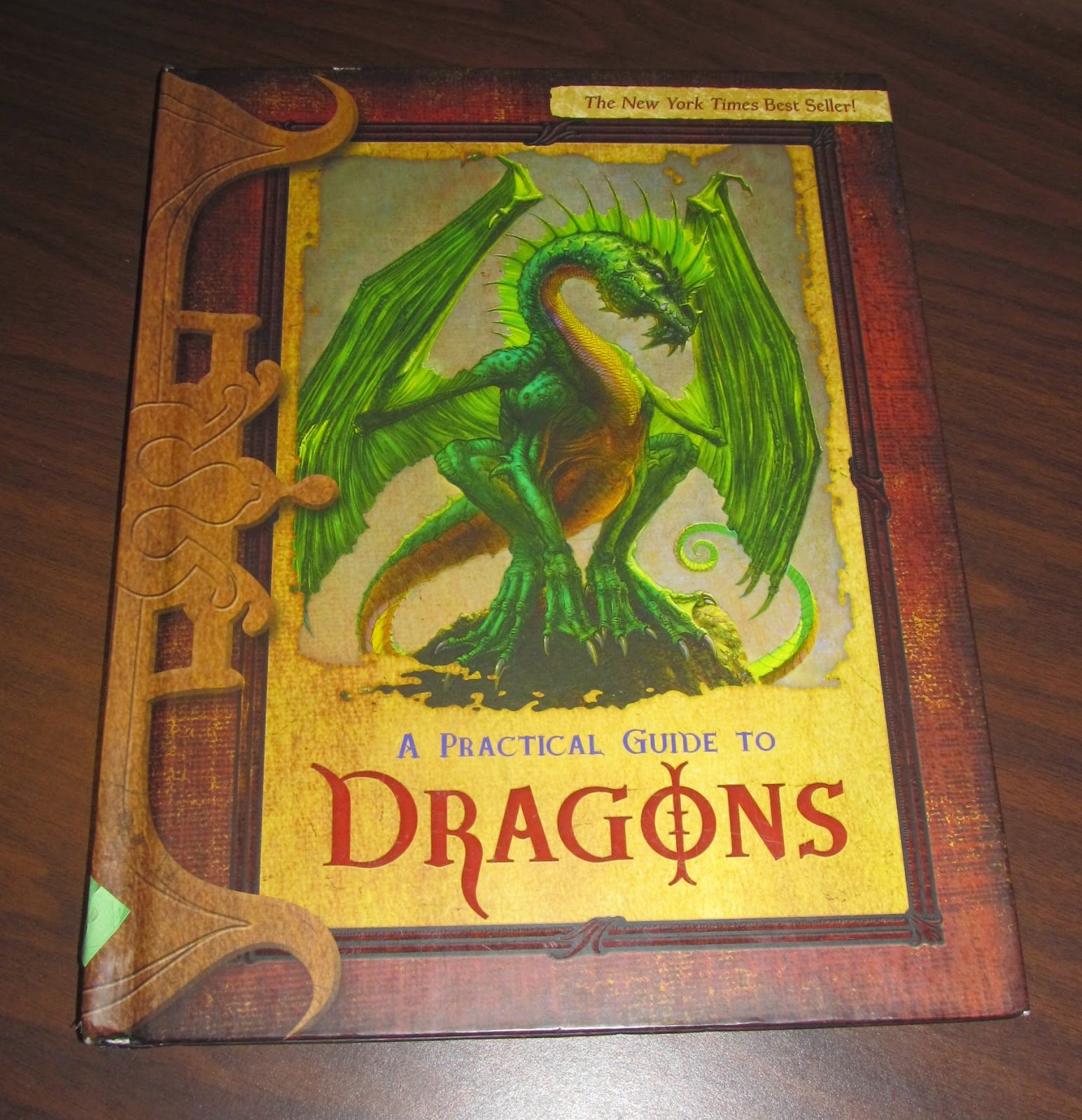 "The Practical Guide to Dragons" is set in the AD&D Dragonlance world of Krynn, and is authored by a kender named Sindri Suncatcher, a character in the "Dragonlance: The New Adventures" from Mirrorstone Books. In reality, the author is Lisa Trumbauer. I've only thumbed through the book so far, but it looks like a lot of fun. 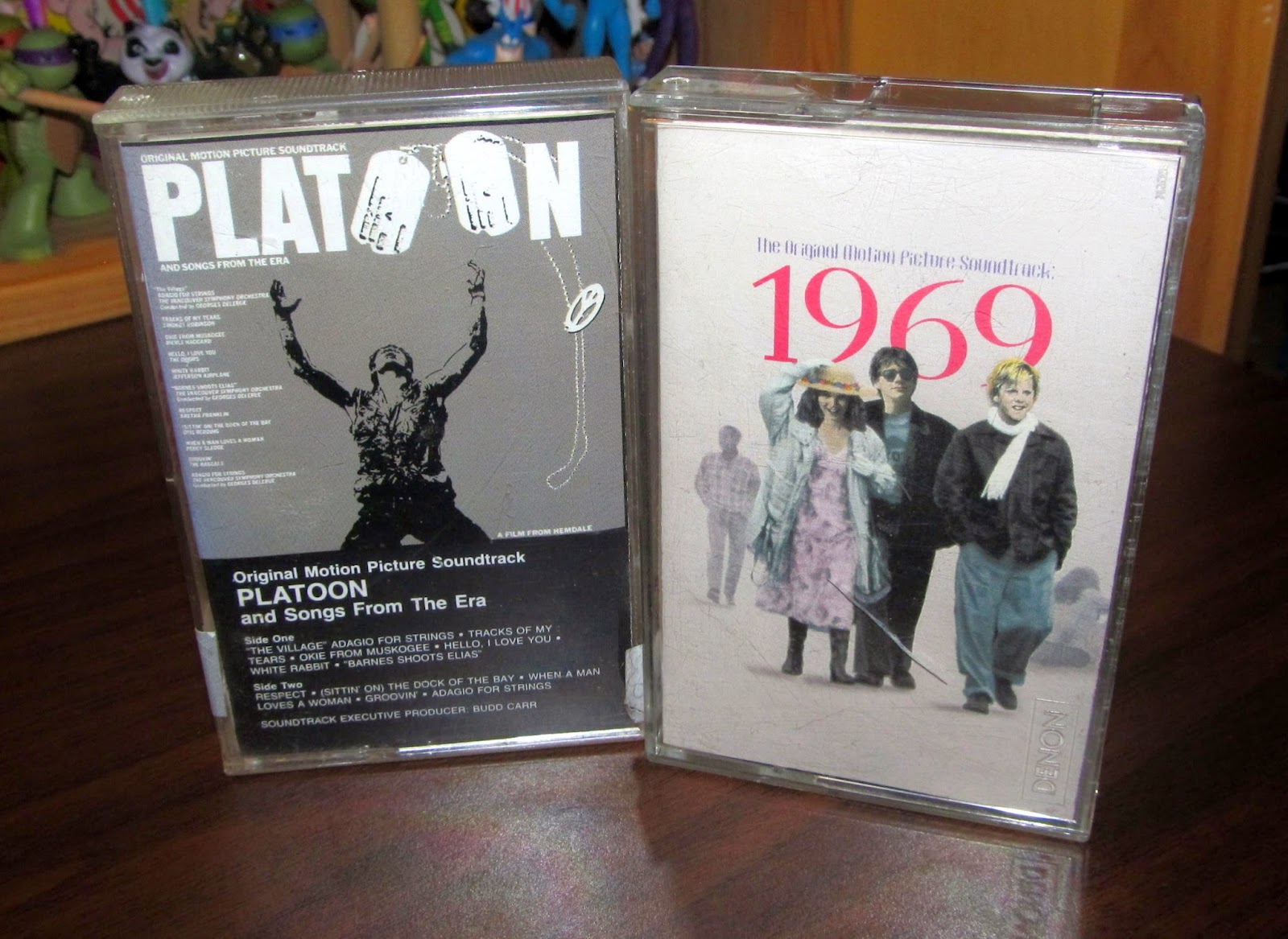 This particular visit to Goodwill yielded some soundtracks on cassette! Here we have the 60's themed soundtracks to both Platoon and 1969. Love me some 60's rock and R&B so these are both big wins for me. Platoon has a BUNCH of Motown classics alone. So good. 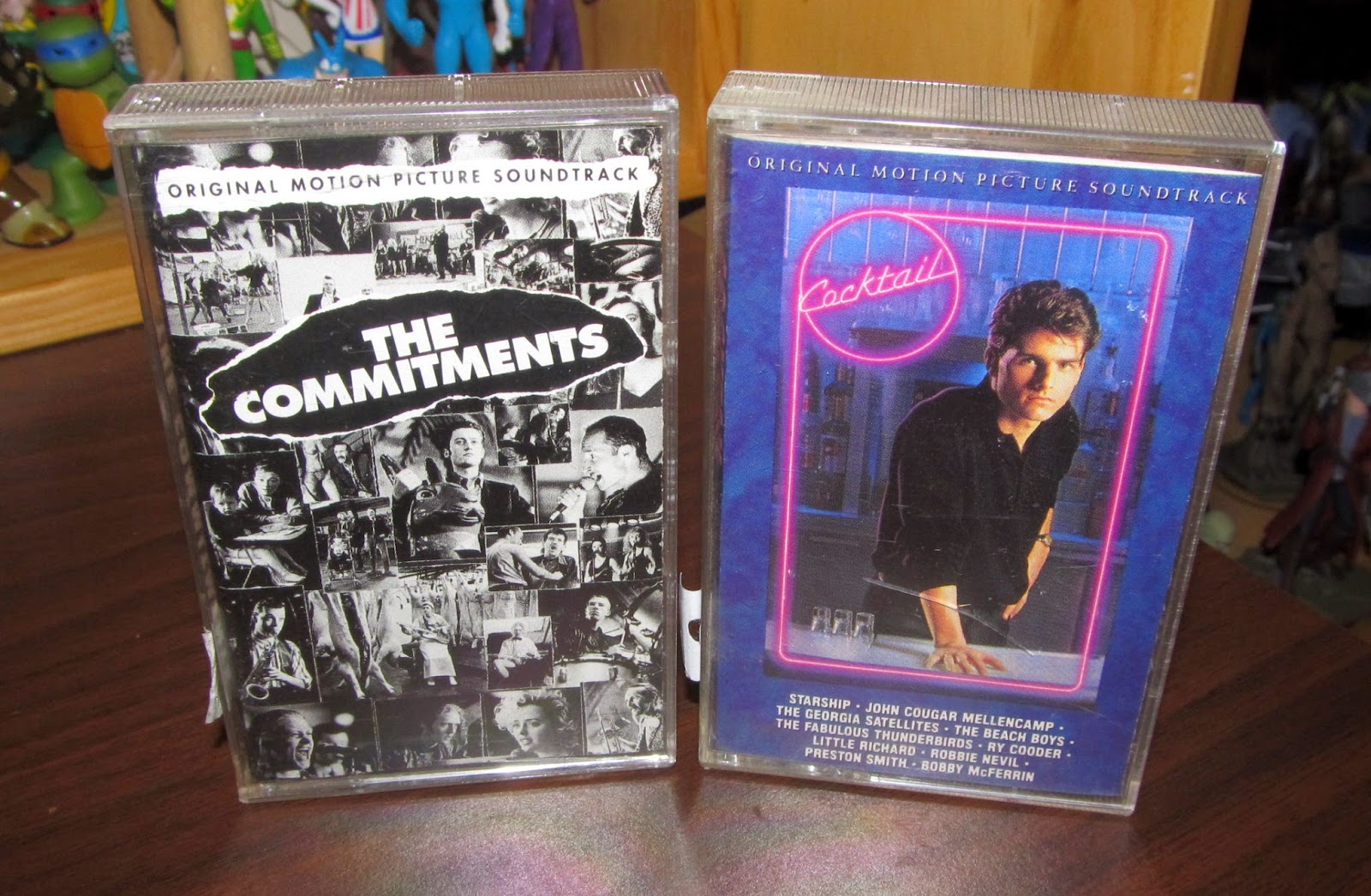 I've never seen "The Commitments" but I heard it was an amazing movie with an amazing original soundtrack. Cocktail I bought JUST for "Kokomo". 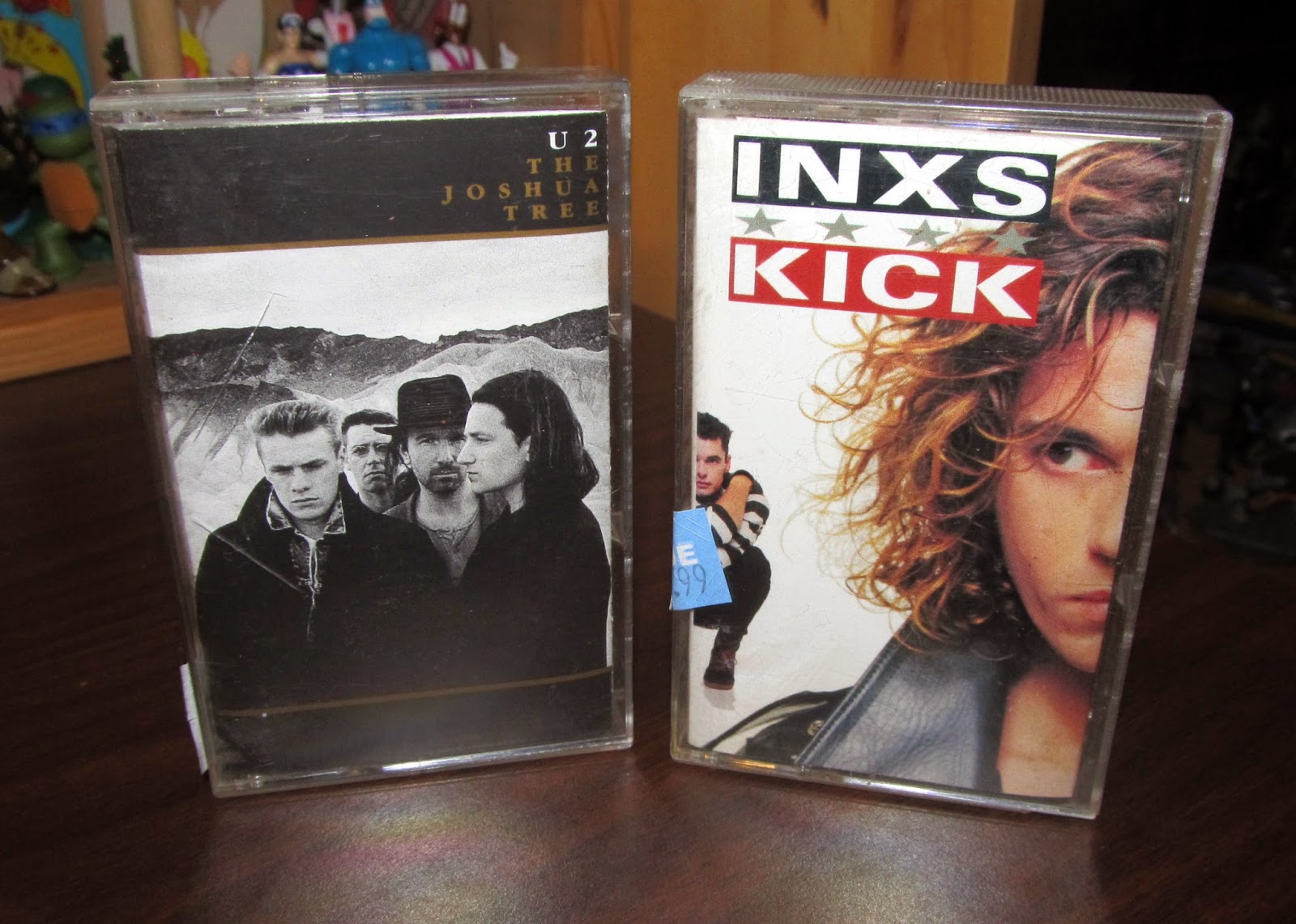 Two of my favorite bands in highschool were U2 and INXS. To clarify, INXS was one of my friend's favorite bands, and sine he was constantly listening to them, INXS became part of my highschool soundtrack by default. But I do genuinely like their music. U2 has always just been a favorite. 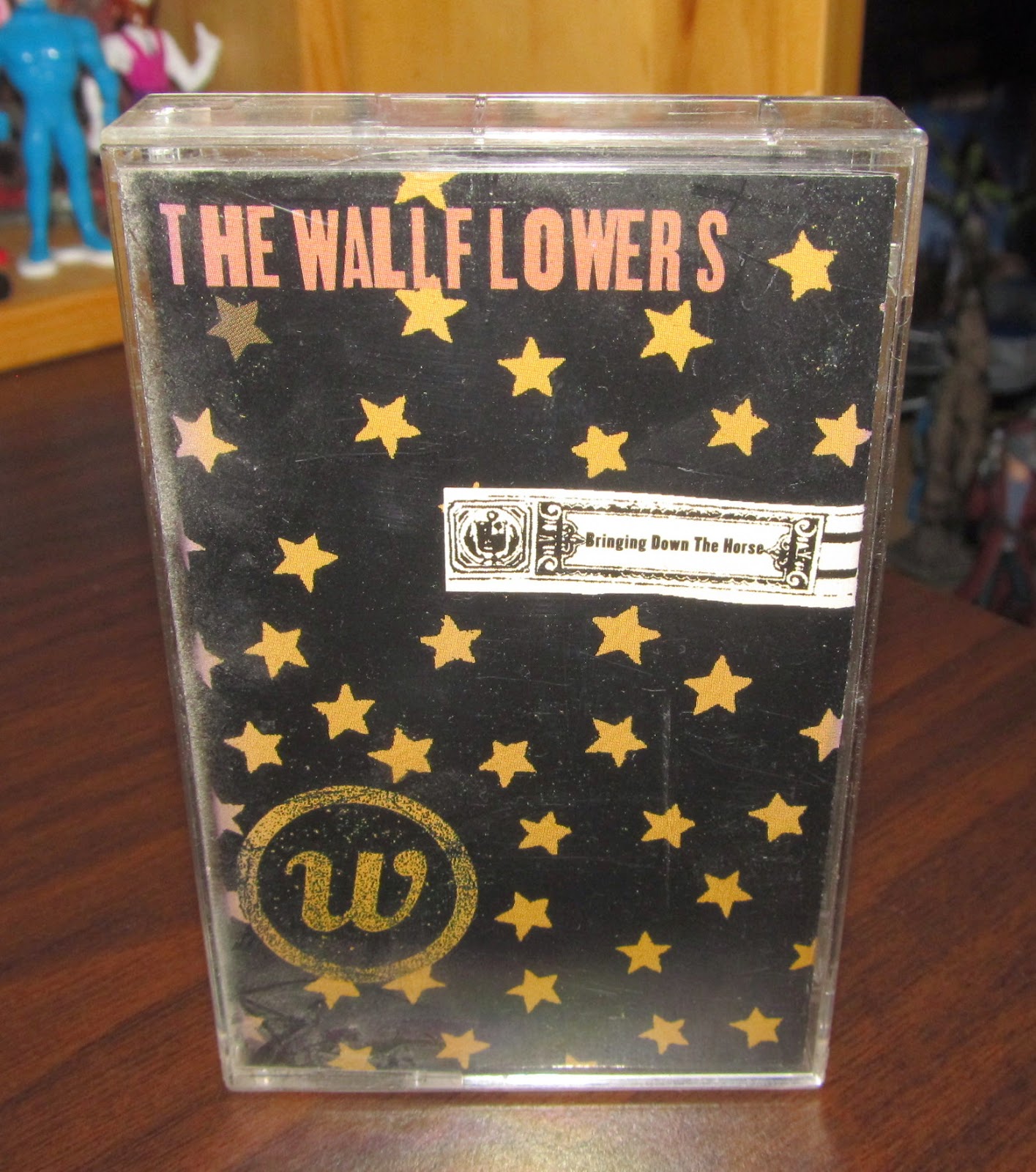 "One Headlight" has long been one of my favorite songs from the 90's because of this part:

"Well this place is old
It feels just like a beat up truck
I turn the engine, but the engine doesn't turn
Well it smells of cheap wine and cigarettes
This place is always such a mess
Sometimes I think I'd like to watch it burn
I'm so alone and I feel just like somebody else
Man, I ain't changed, but I know I ain't the same
But somewhere here in between the city walls of dyin' dreams
I think of death, it must be killin' me"

Except back then I always thought he was singing "It smells of cheap Hawaiian cigarettes" which I actually still think sounds much cooler than the actual lyric. Checking out  KissThisGuy.Com I see that I was not alone in my assumption. 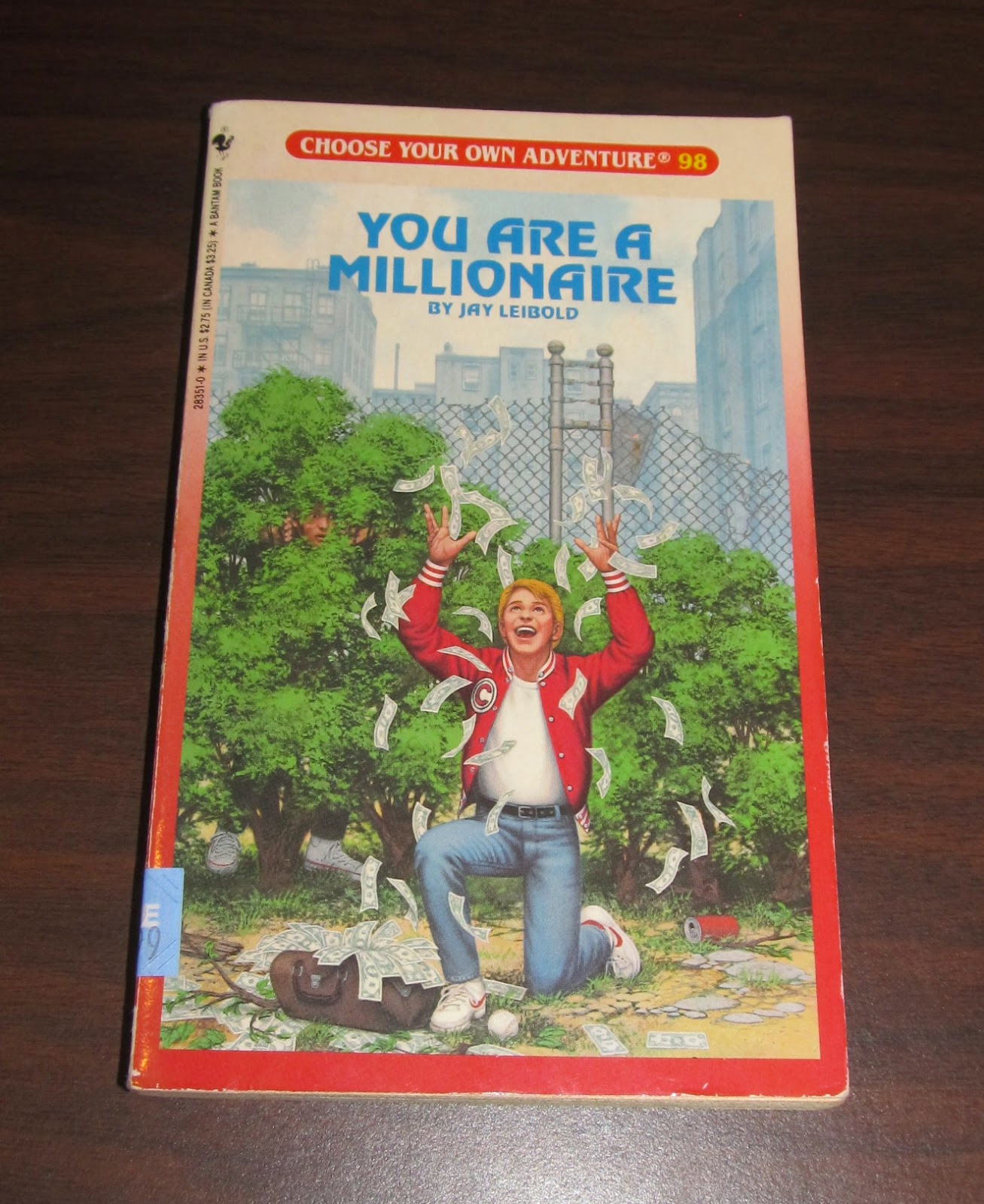 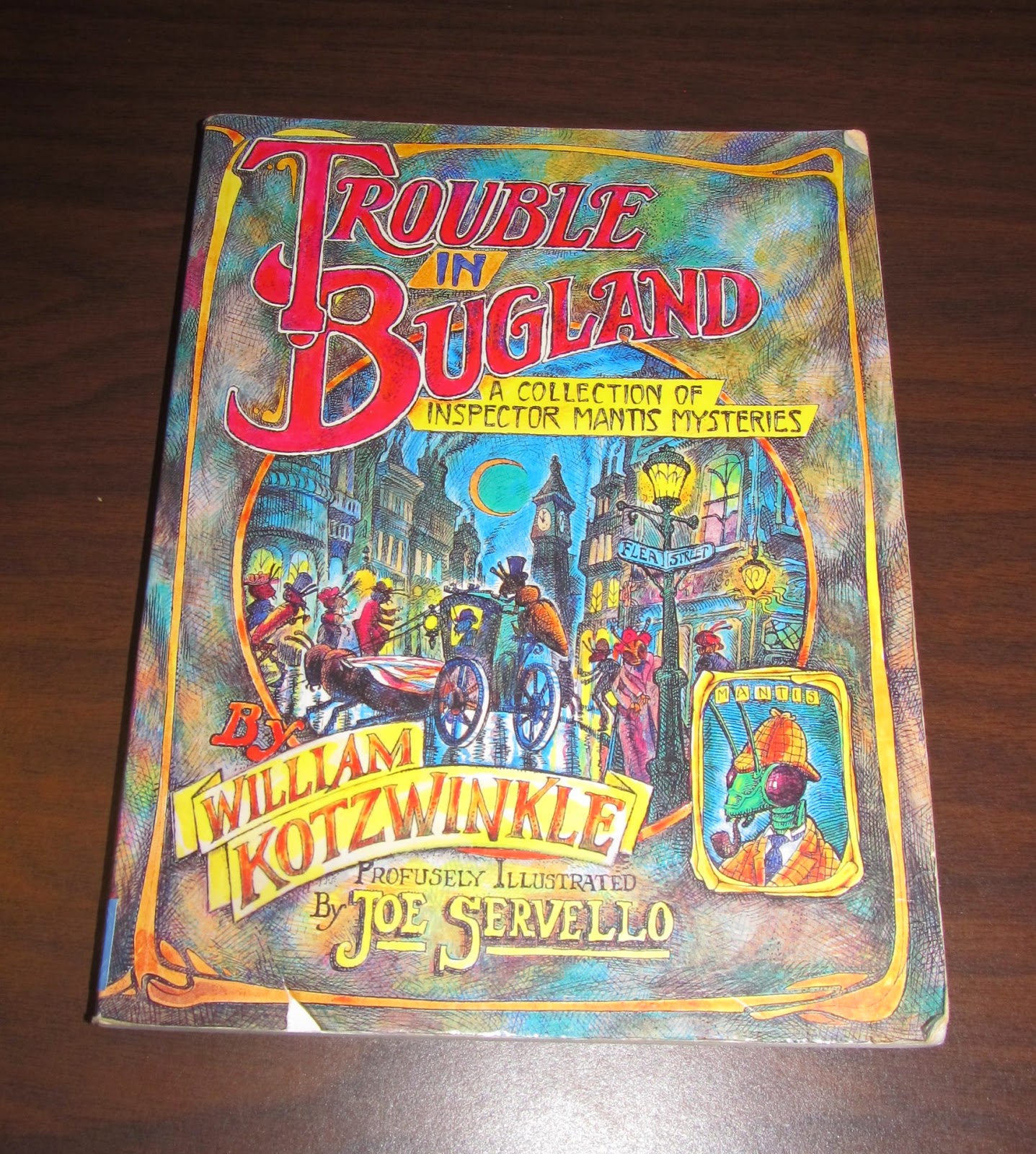 I am actually insanely excited to read the stories about Inspector Mantis by William Kotzwinkle and "profusely illustrated" by Joe Servello. I forgot I even owned this book until I started this blog post. I will be tracking this down very soon. 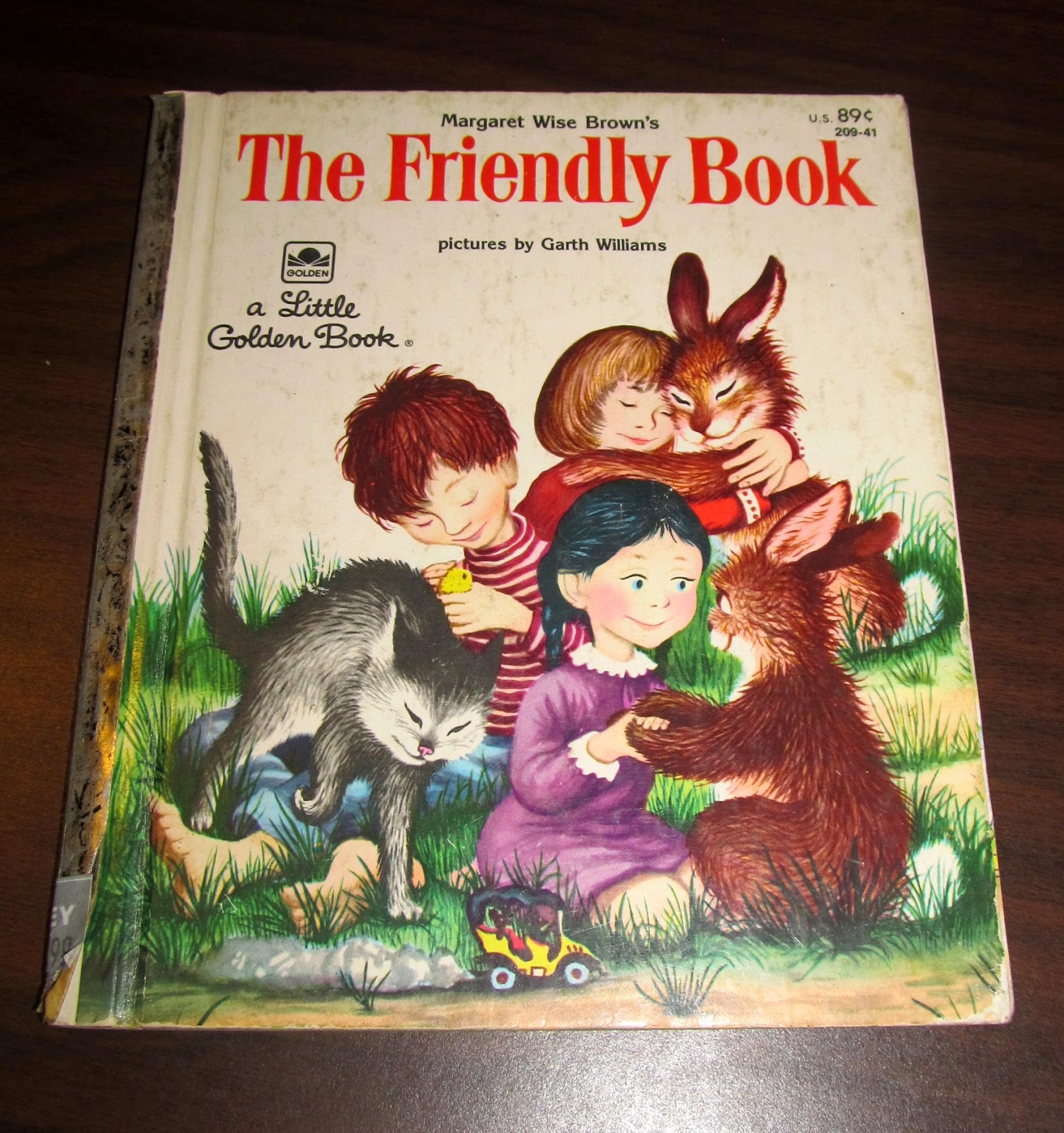 And finally, a Little Golden Book, "The Friendly Book" by the classic team of Margaret Wise Brown and Garth Williams. I love the sustained eye-contact going on between the little girl and the rabbit in the foreground. They're really intense. 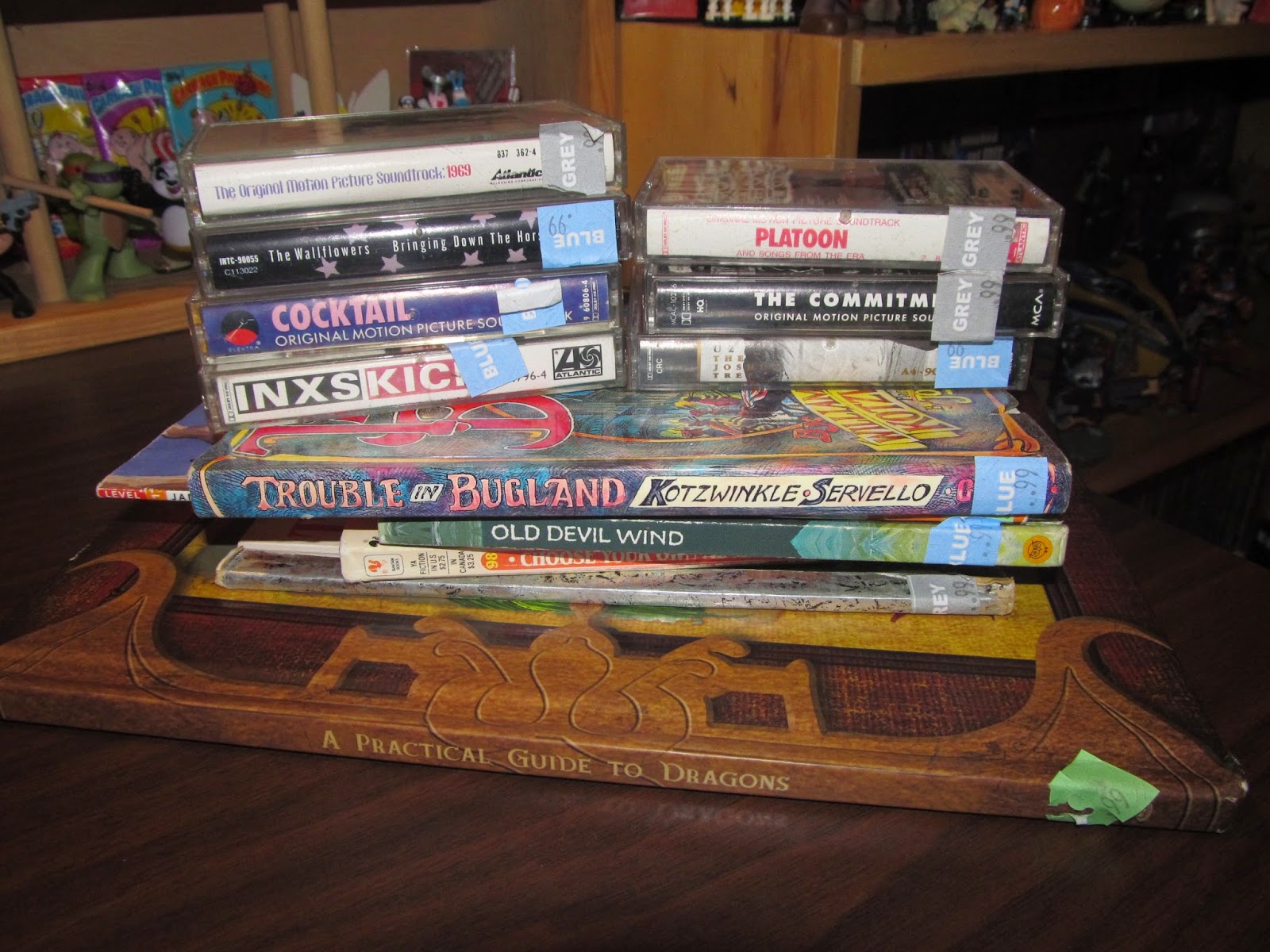 So there you have it folks! Some stuff I found at Goodwill last October! I'll be back soon with more Geeky Goodwill Goodies... so until then, Happy Hunting!