A Package from John Gaither

Today's post is yet another horribly overdue post where I've waited MUCH too long to thank someone for sending me an AMAZING package of goodies. Today I'd like to focus on one of the absolute nicest guys you'll meet on the internet: A fellow who goes by the name of John Gaither. John also runs the Robot Monster Space Super Hero blog, where he features the AMAZING assortment of toys in his vast collection.

I'll blather on and sing John's praises later on in this post, but for now I want to give you all a look-see at what he sent me! 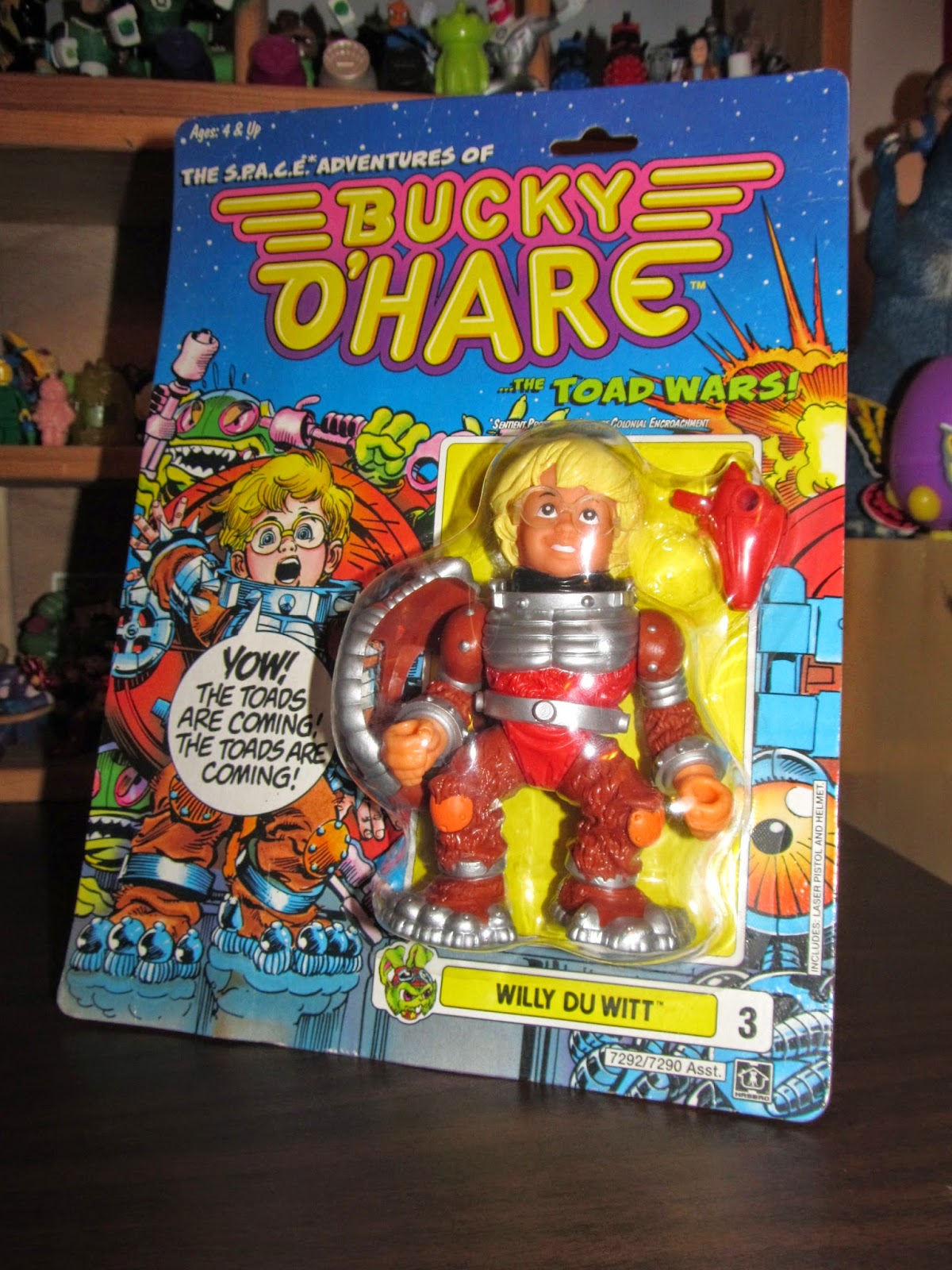 Here we have a carded "Willy Du Witt" of the Bucky O'Hare toy line. I almost ALMOST popped this little guy out of his prison to play with, but I Still haven't quite done it yet. Usually I am a "I put the PLAY in DISPLAY" kind of collector, and I always open everything... but Willy here is still stuck to his card and I can't bring myself to change that just yet. The packaging here is almost as great as the action figure itself! 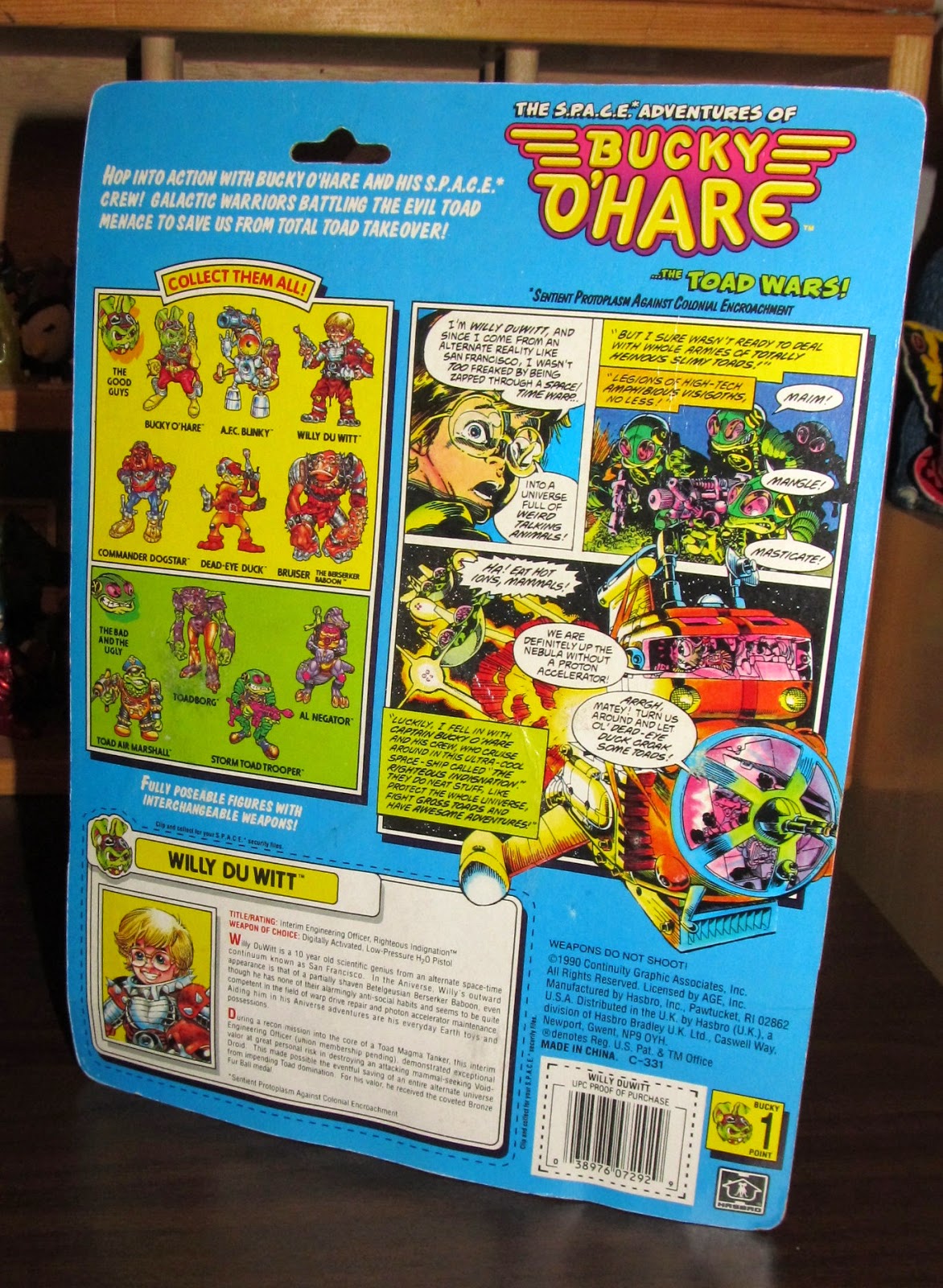 Here's a look at the back of the card too. 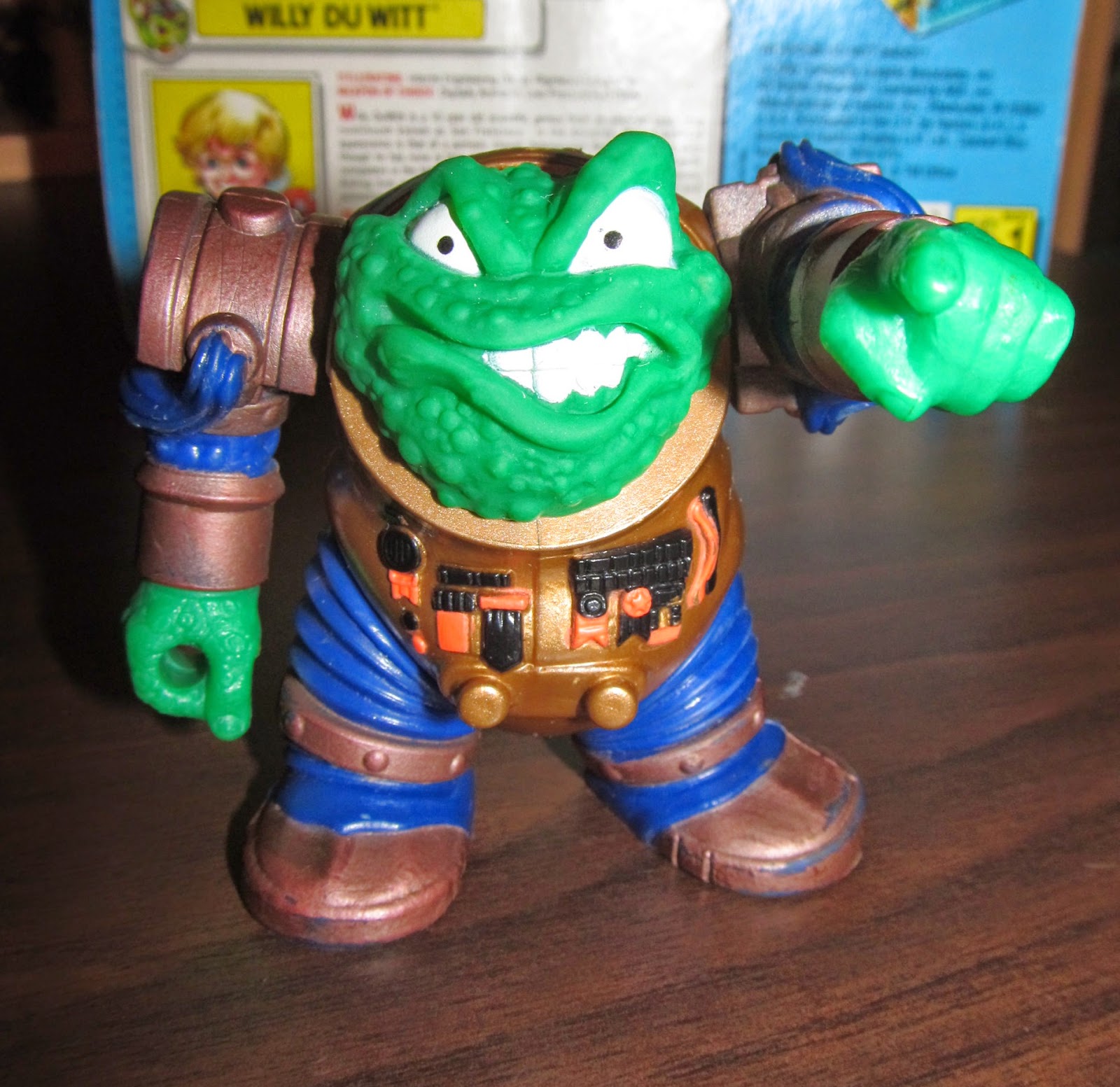 John also included a couple of the villains from the line, the first of which is this squat, ugly little guy, Toad Air Marshall. He looks like he'd like to be chomping on a stogie right now. 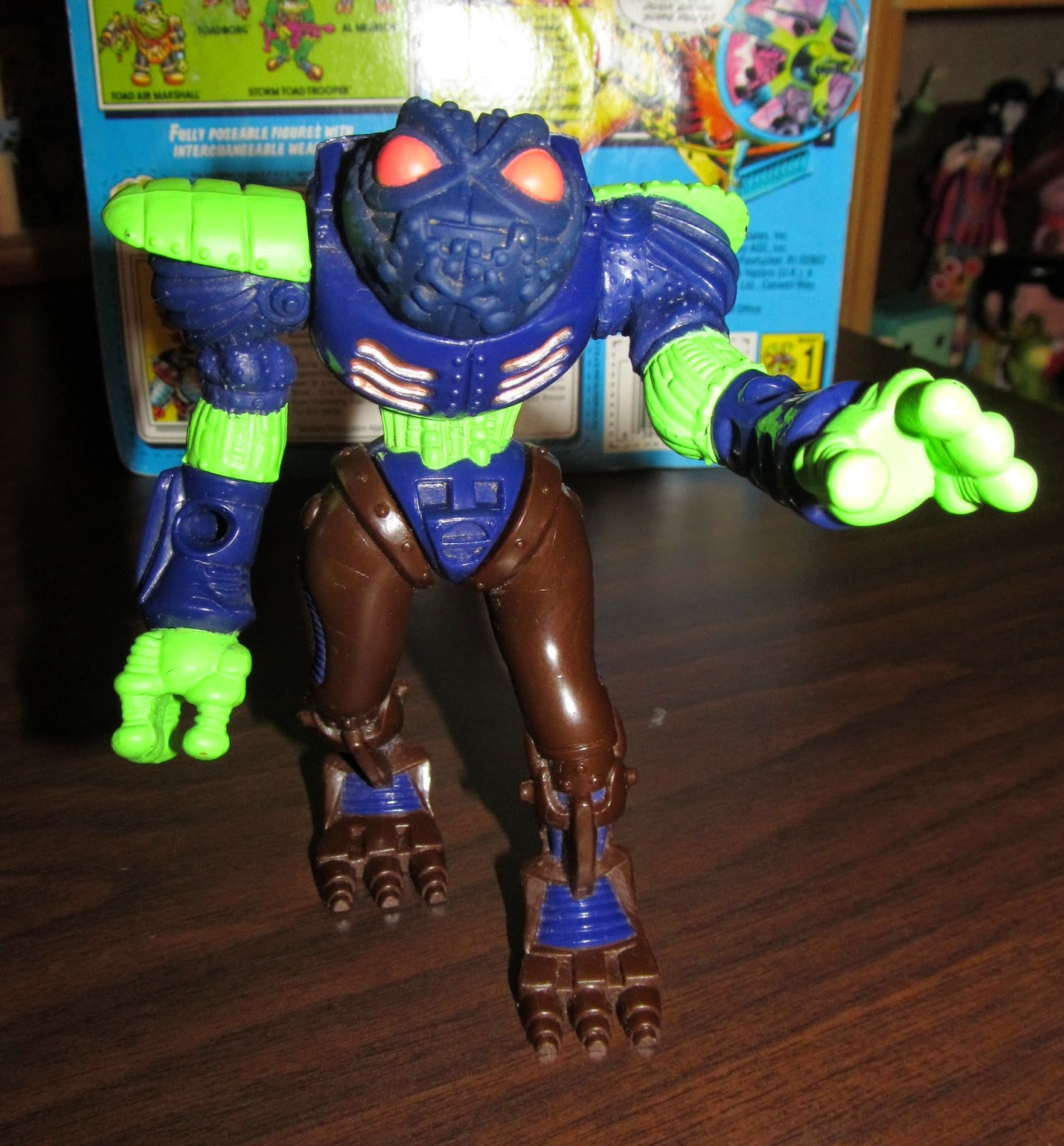 And then this "Toad-Borg" is a menacing son-of-a-mother ain't he? 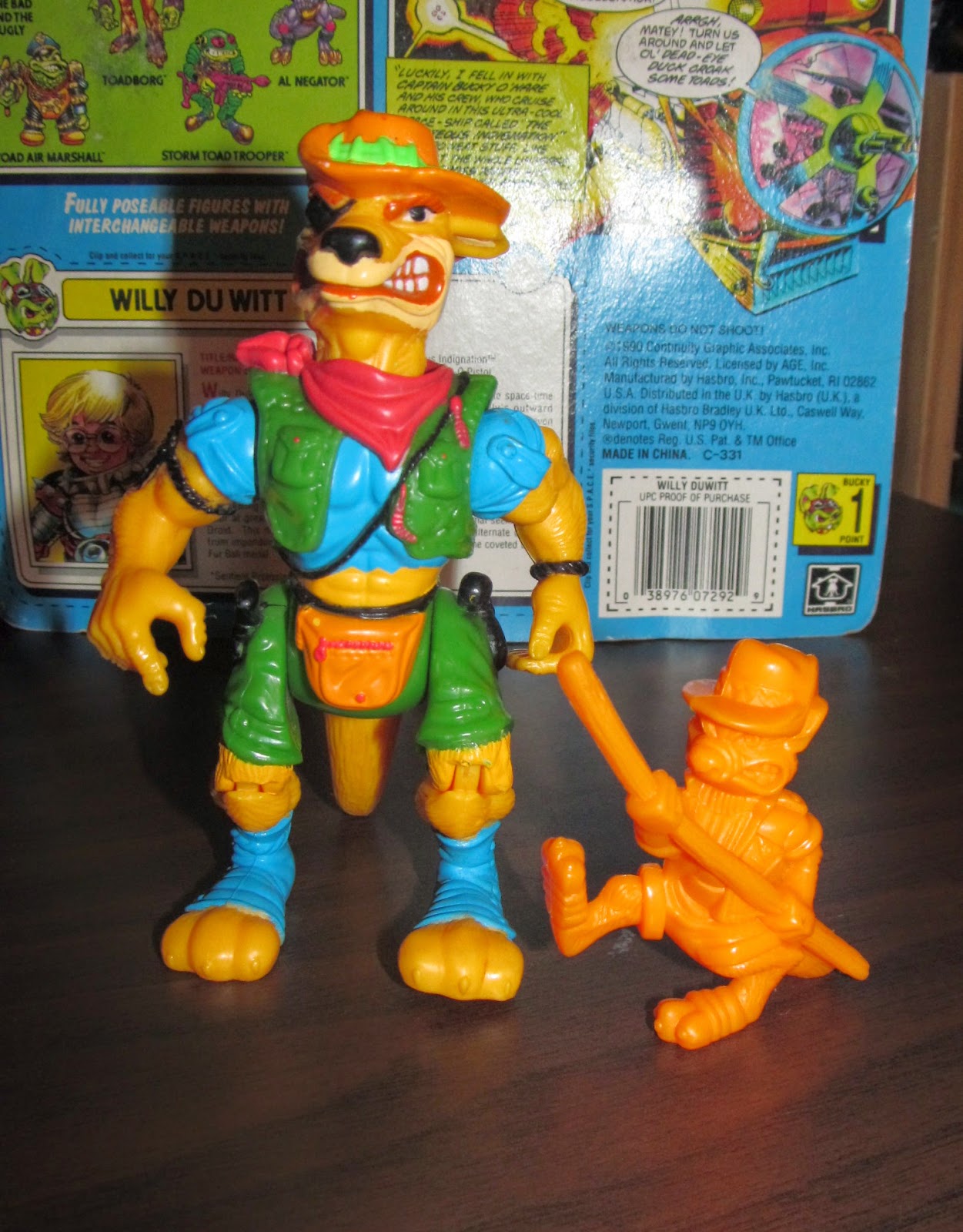 This fella's not a Bucky O'Hare figure, but a "Walkabout" action figure from the TMNT line. He even has his little sidekick buddy, "Kid Kanga!" This Walkabout is in MUCH better shape than the one I had found in the Bin of Awesome I bought this same summer, and he comes with his buddy, so I swapped him out for the one I already had. 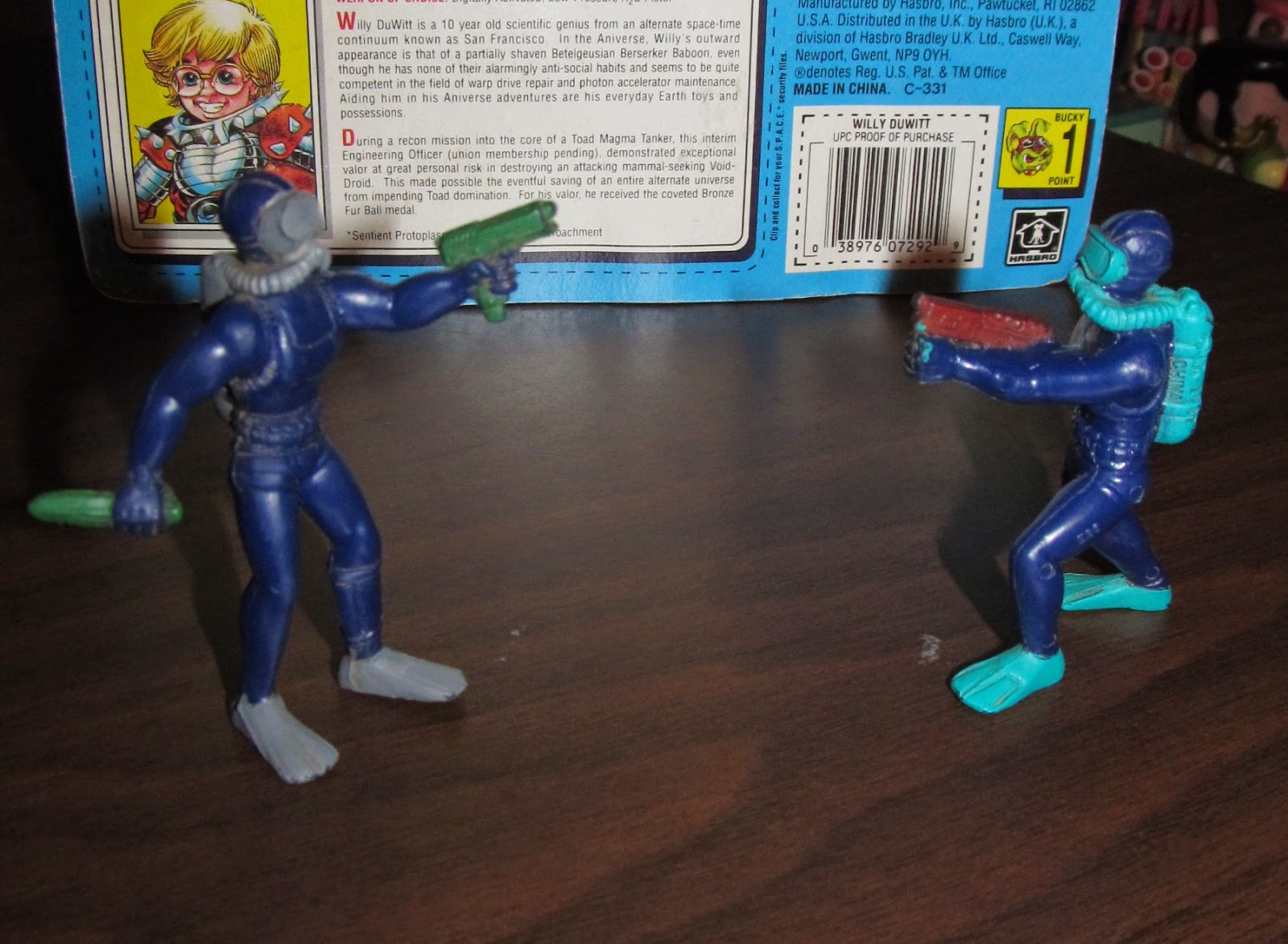 These guys were some of the only GUTS figures I owned as a kid, so it was trippy seeing them again! I had all but forgotten this toy line! I had some of the ninjas too. 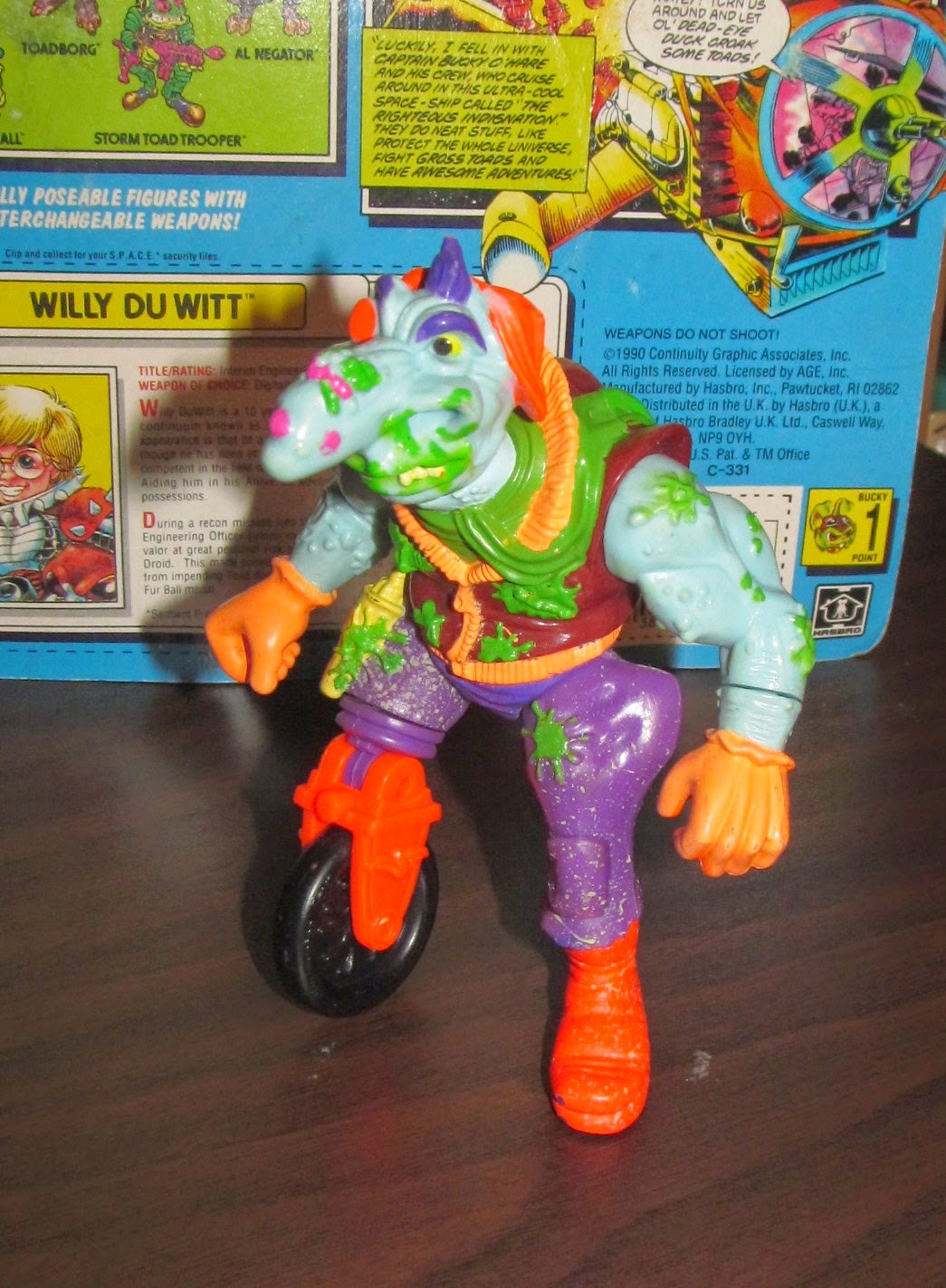 What HAS to be the piece de resistance however is this guy right here!!! This is No-Zone of the Toxic Crusaders! He was an absolute favorite action figure of mine in the final years of my action figure phase as a kid. All the Toxic Crusader figures were amazing actually, but No-Zone was by far one of my favorites. THIS item right here folks... this is the one that made me let out a laugh of surprise and delight! The whole package was great, but this guy made me feel 12 years old again. 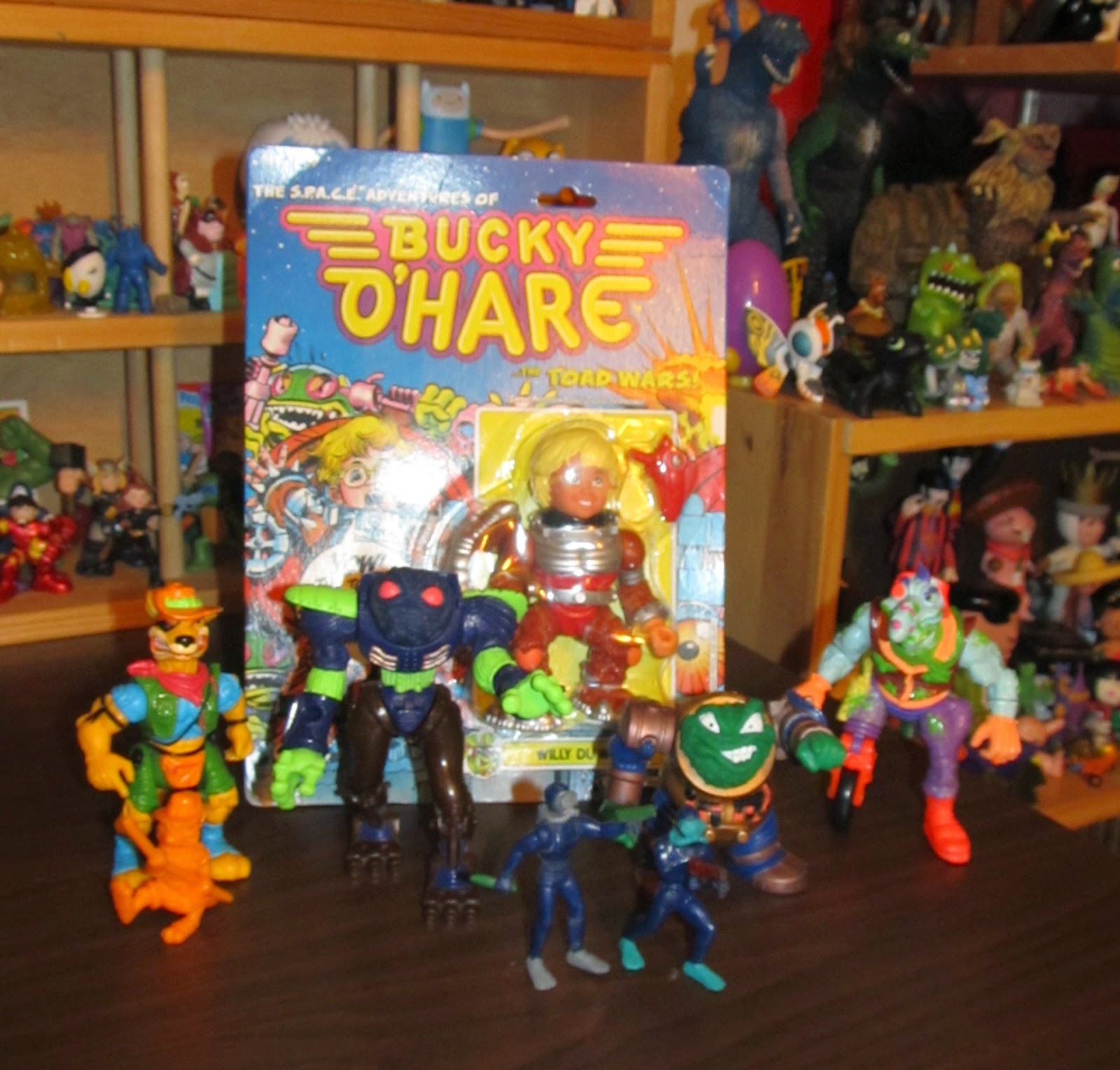 So that wraps it up folks! I can't thank the awesome John Gaither enough for thinking of me and sending this great package of goodies! I have to say that John is probably one of the nicest and supportive guys I've met online while writing this blog. He is one of the best examples of how great our community of geeks and nerds and toy collectors and pop culture enthusiasts can be. He always has a kind word to say about whatever anyone has to share, and he is jut the BIGGEST kid when it comes to being excited about toys. Be sure to check out his blog, and follow him on Instagram as well!

That's it for tonight kids! I'll be back soon with some Geeky Goodwill Goodies (they will ACTUALLY be from Goodwill next time!) so until then... Happy Hunting!
Posted by Derek Ash at 2:44 PM