Hey everybody! time for yet another incredibly overdue thank you to someone who sent me something fantastic in the mail! This time around it's from Brian Lapsley of Awake Oh Sleeper fame. He is a blogger, podcaster, and artist extraordinaire. AND he is an incredibly generous soul who has gifted me with far more than he should have up to this point.

I have some serious catching up to do.

But for now, let's see what Brian sent me in the last parcel of goodies (and one more at the item that he sent me separately because he knew how thrilled I would be to own it...) shall we? 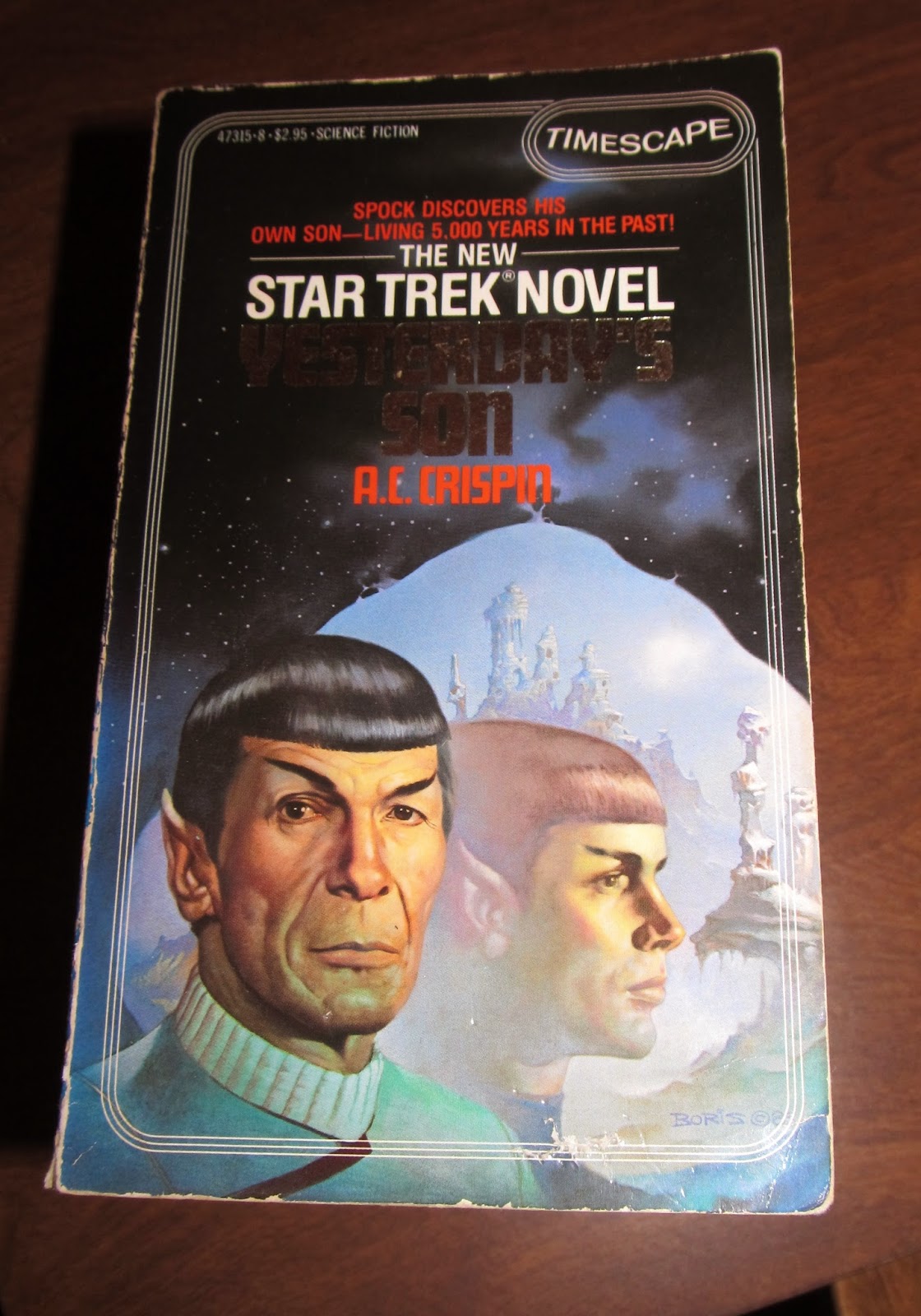 This package was heavy with BOOKS! And not just any books... these are all adaptations of movies! OR... books that have been adapted into movies. Either way. Movies or... TV shows as you can see from the book above. This is a Star Trek novel "Yesterday's Son". Spock discovers his own son-- living 5000 years in the past! And I thought my family had problems! HAH! 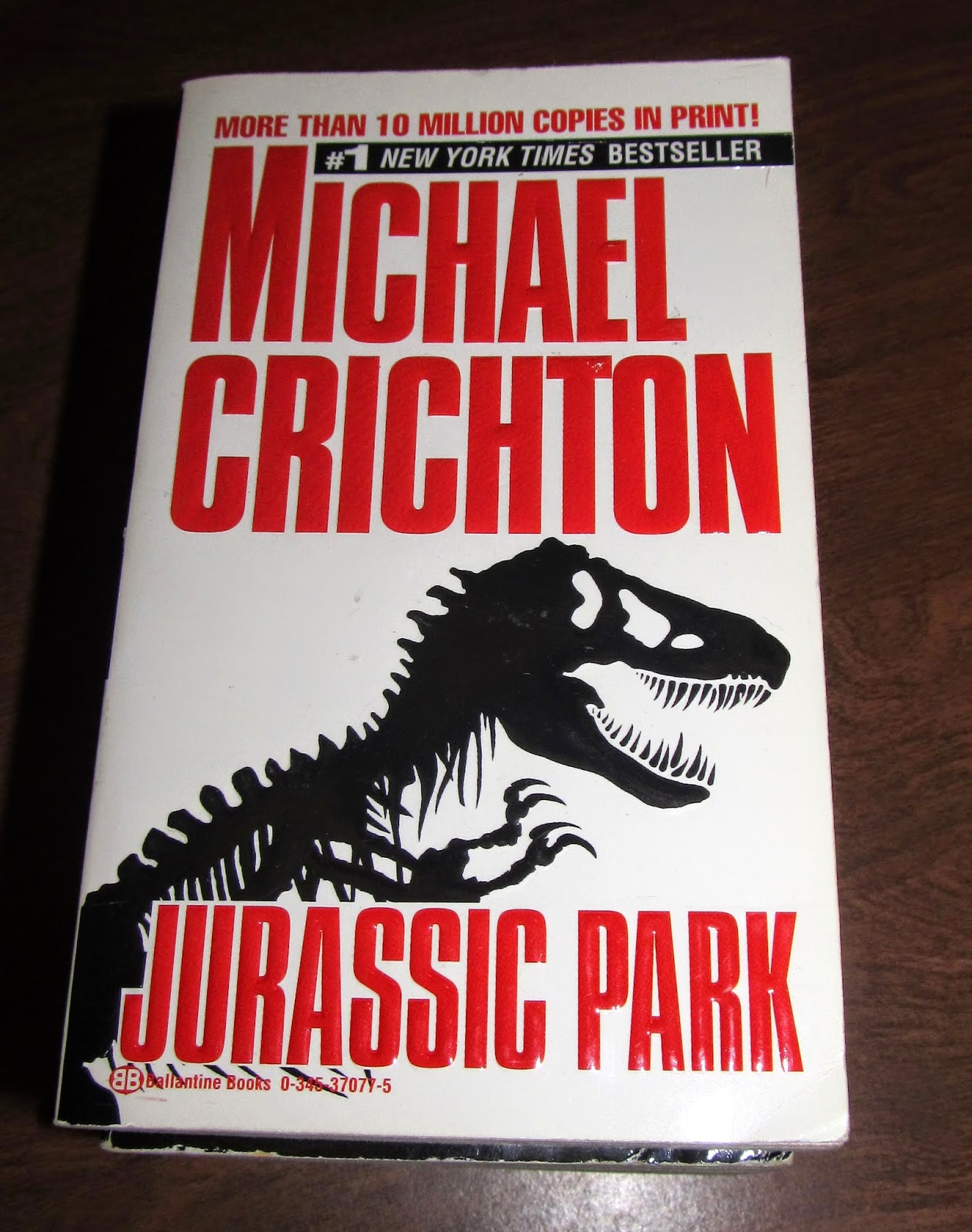 Next we have perennial favorite, "Jurassic Park" by Michael Crichton. This is a case of book first movie second. But I've never read this, and I'm quite looking forward to it. 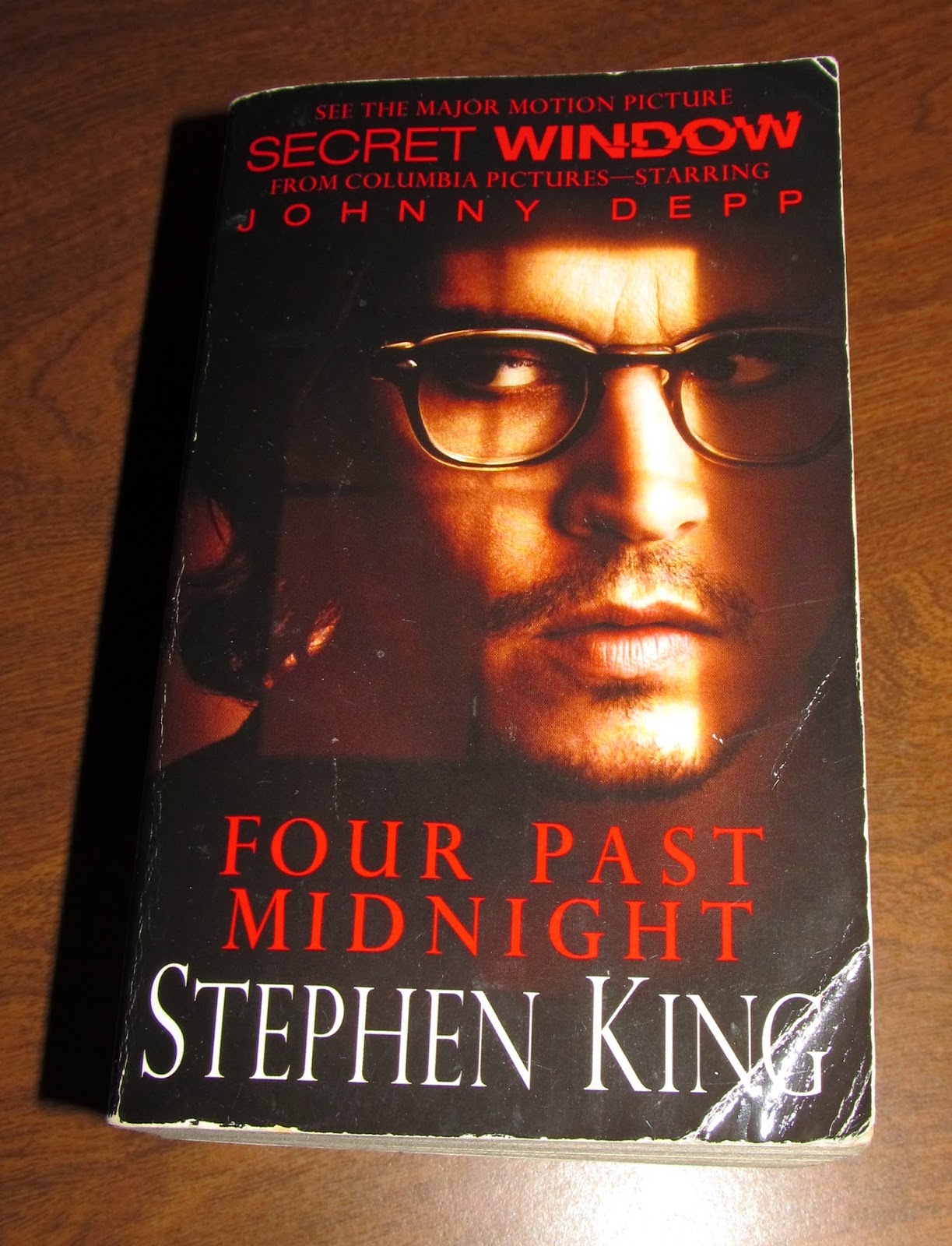 Now, "Four Past Midnight" I have read before. It's an interesting case. "Secret Window, Secret Garden" is the story adapted into a film here, "Secret Window" (and another story from this book was also adapted into a TV mini-series "The Langoliers" but the less said about THAT the better...). I have always thought that Secret Window was a weird one to choose to adapt as it was arguably one of the weaker stories in the collection in my opinion. Now "The Library Policeman"? That one was FANTASTIC and it doesn't seem like it would have been that hard to make into a movie at all. Where is my Library Policeman film you guys??? 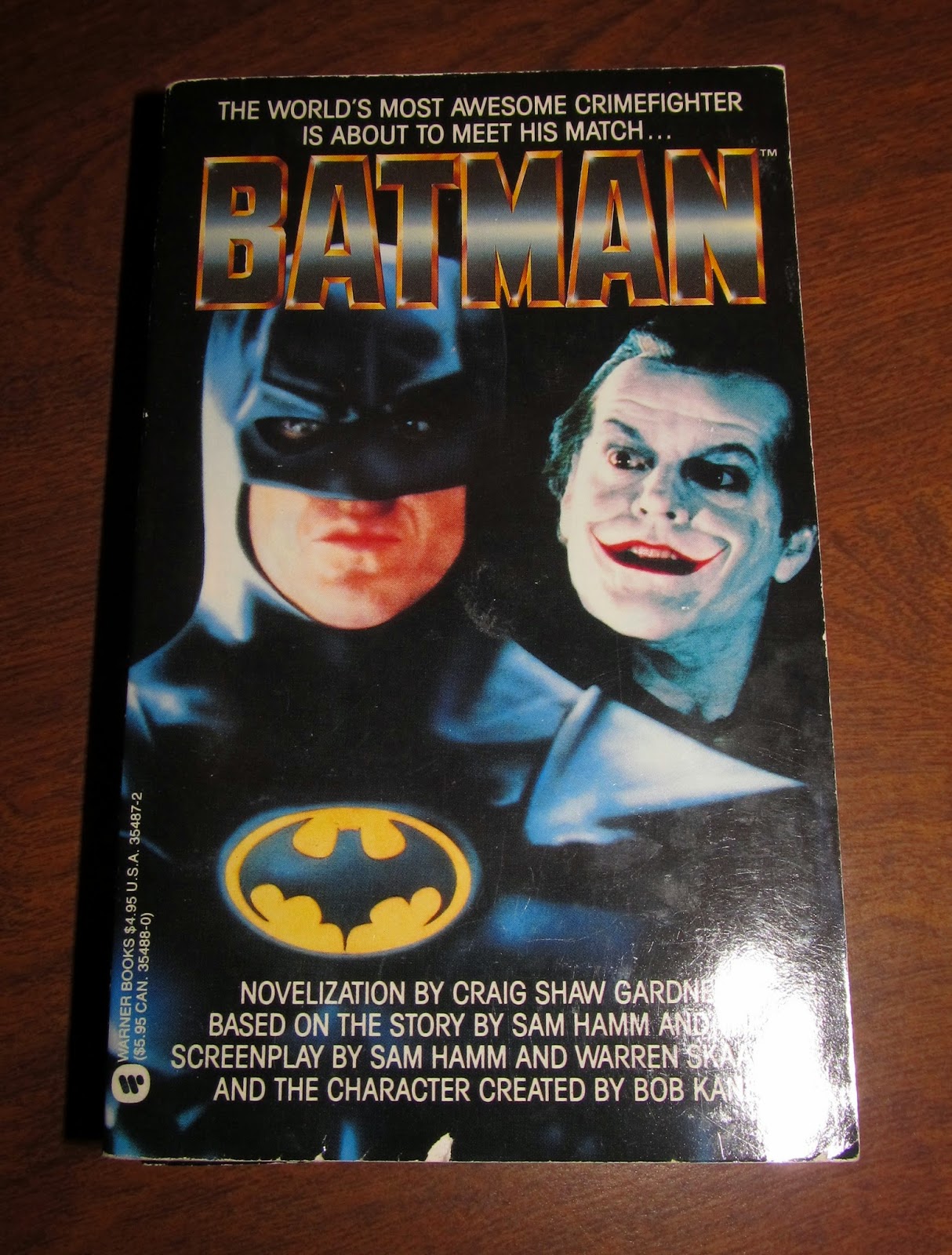 The novelization of Tim Burton's Batman film is always a favorite. I already own a copy of this one, but it is beat. So this much nicer copy is a welcome replacement. I read this as a kid because I bought and ingested anything and everything to do with Batman around this film. And I thought my family had problems! HAH! 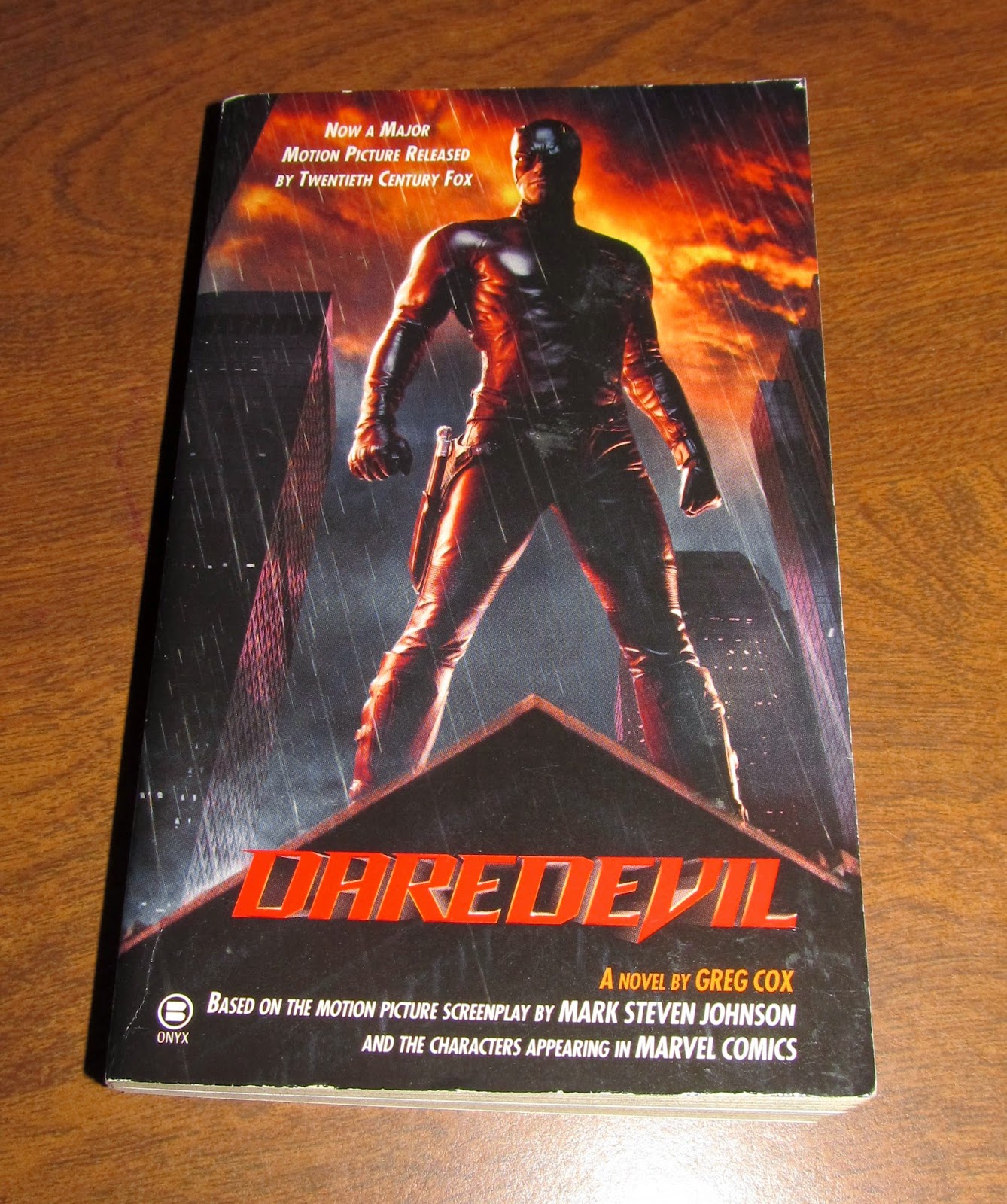 I... there are no words. This movie hurt me DEEPLY. And now I own a novelization of it. So... I'm going to read it at some point and see if the book improves on any of the stuff I didn't like about the movie (Actually, I feel like I need to go back and watch the movie again at some point... just to see if I've softened on it at all.) 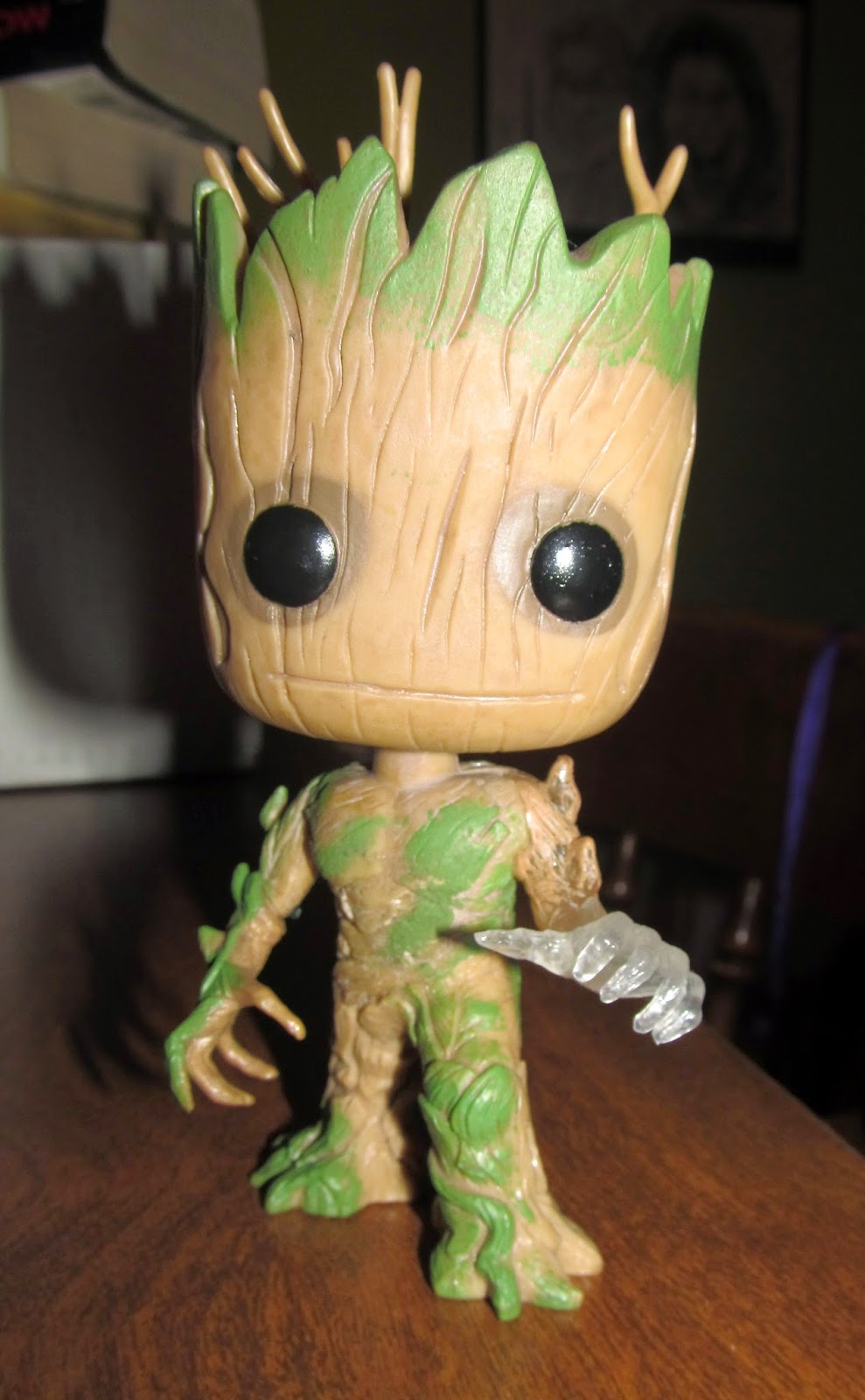 And finally, THIS GUY was sent to me at a different point in time. This was ridiculously generous of Brian to give me as this is the Loot-Crate exclusive Groot Funko Pop! with a glow-in-the-dark hand and that beautiful mossy detail paint. This thing is genuinely a prized possession of mine now, and I can't thank Brian enough for him. I am OBSESSED with the Guardians of the Galaxy film, and there was just no other way I would have gotten my hands on this piece of PURE MAGIC since I am not a Loot-Crate subscriber. Oh man... I am still reeling from this one you guys.

I want to shoot one last big THANK YOU out to Brian Lapsley, and remind folks to check out his blog over at Awake Oh Sleeper. He is also one of the hosts of the Nerds of the Roundtable so be sure to check that out too!

All right kids, that's all I've got for tonight. I'll be back soon with some Geeky Goodwill Goodies... so until then, Happy Hunting!
Posted by Derek Ash at 2:42 PM