Welcome to Goodwill Hunting 4 Geeks! This is the blog where I talk about geeky stuff I've picked up secondhand and then wax poetic about nostalgia or the pure love I have for purely ridiculous things. This post will be no different than most, as I have some pretty exciting stuff to talk about.

And timely as ever, I would like to talk about Fathers' Day... FROM LAST YEAR. Yes that's right folks... I am just finally getting around to blogging some stuff I picked up very nearly a whole year ago.

For Fathers' Day last year, my wife took me out on a shopping spree. We hit some Goodwills, and a few other places on our way out to a town called Rockland here in Maine. We even stopped off at a Flea Market, which are kind of few and far between here in Maine, and I am sooo glad we did!

Let's take a look at what I brought home! 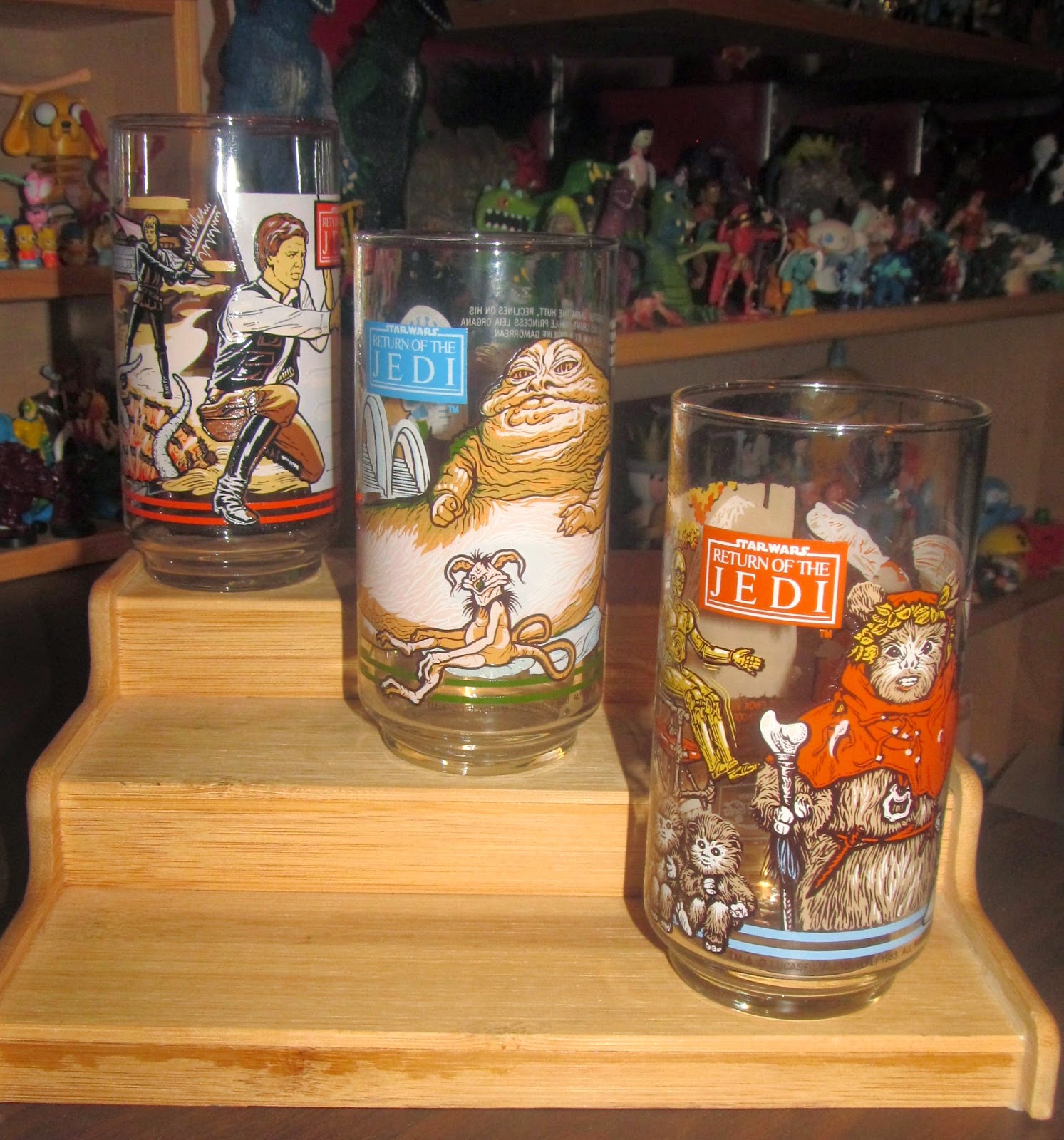 I was really excited to find these Return of the Jedi Burger King glasses in such great shape! The only one I'm missing now is the battle scene between Luke and Darth while the Emperor watches. Love these things! I spent many a summer drinking out of glasses just like these as a kid. I think my most vivid memories are of the Ewok glass. Man I LOVED Ewoks as a kid. 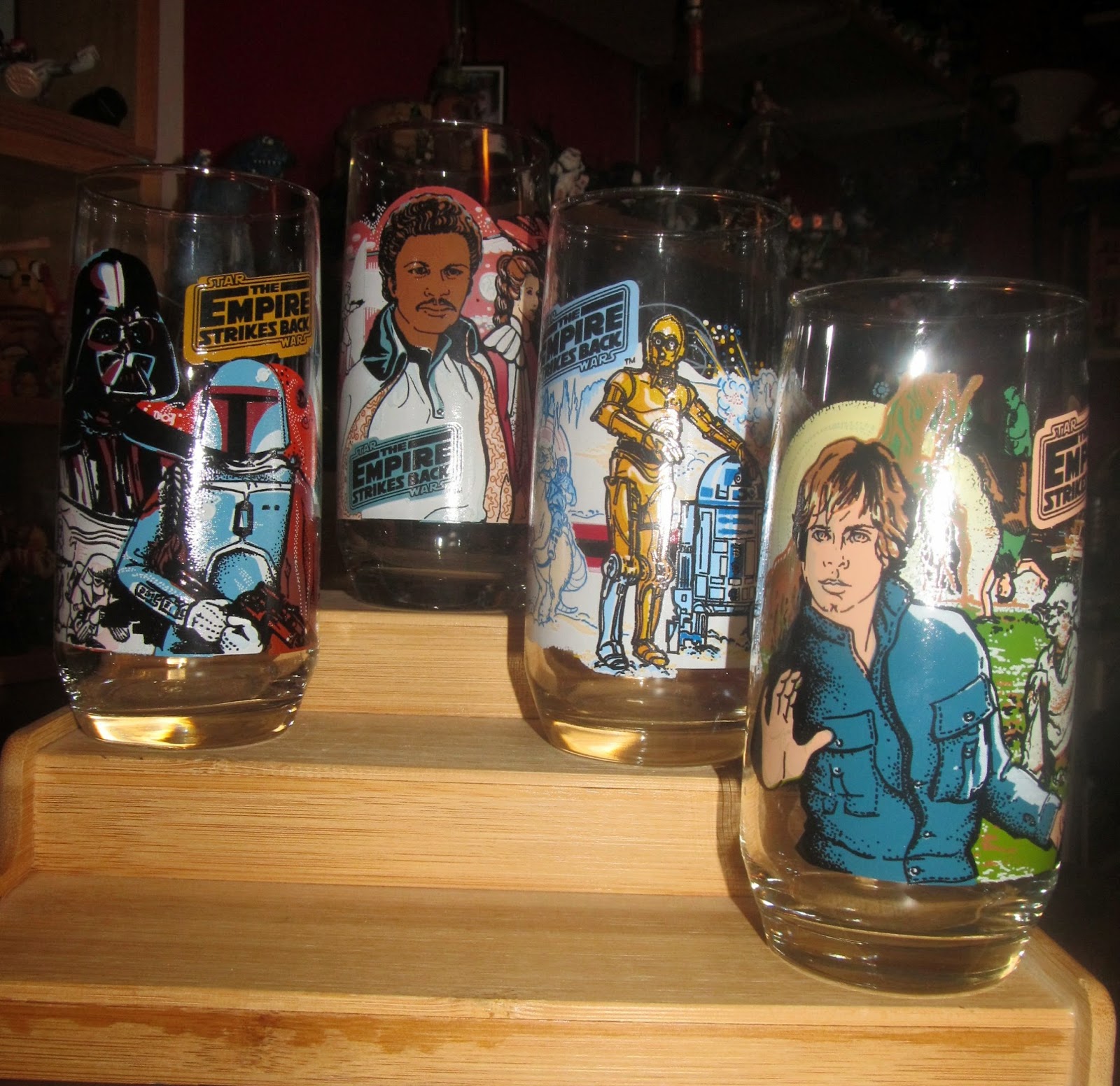 There was also this complete set of The Empire Strikes Back glasses too! I like these ones even more. They. Are. GORGEOUS. I am a Boba Fett fan in theory. I know he doesn't really do much blah-blah-blah whatever. I love the design of his suit and his helmet. I love the design of this glass. And seeing him side by side with Darth Vader makes this one of my absolute prized possessions. 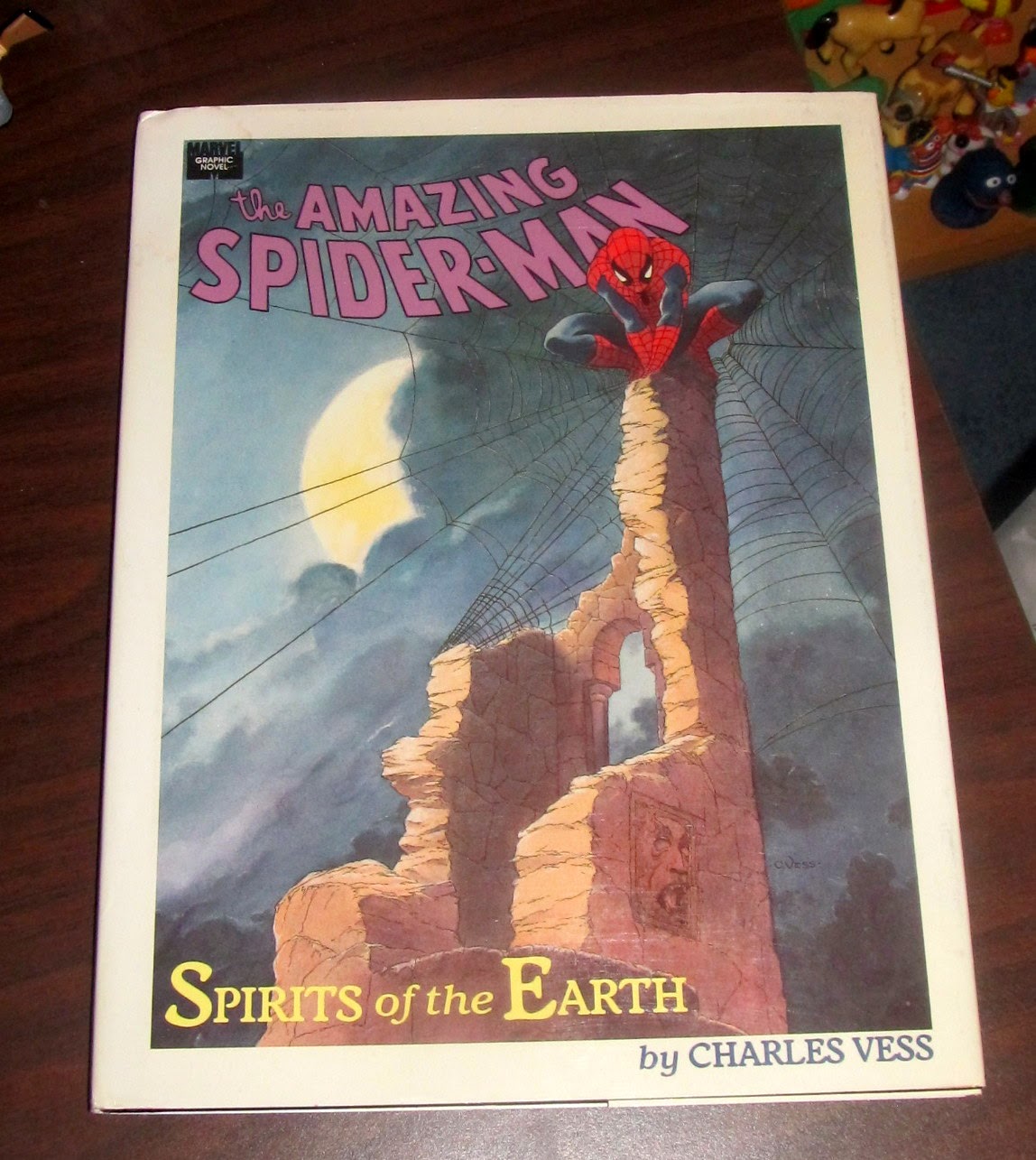 This was a really interesting find. I had never heard of the "Spirits of the Earth" storyline by Charles Vess. I still haven't actually sat down and read this book.. but it is so naggingly familiar to me that I can't help but assume I've read it before, so long ago that I'd all but forgotten about it. Apparently Spider-Man is in Scotland for this tale, and he is battling the Scottish branch of the Hellfire club. I am a fan of Vess's work on books like Neil Gaiman's Stardust, and the bits of the Sandman he did were just stunning... and I know he did "The Cry of the Wendigo," a back-up story in Amazing Spider-Man #277 which I loved, so I expect no less from this book. 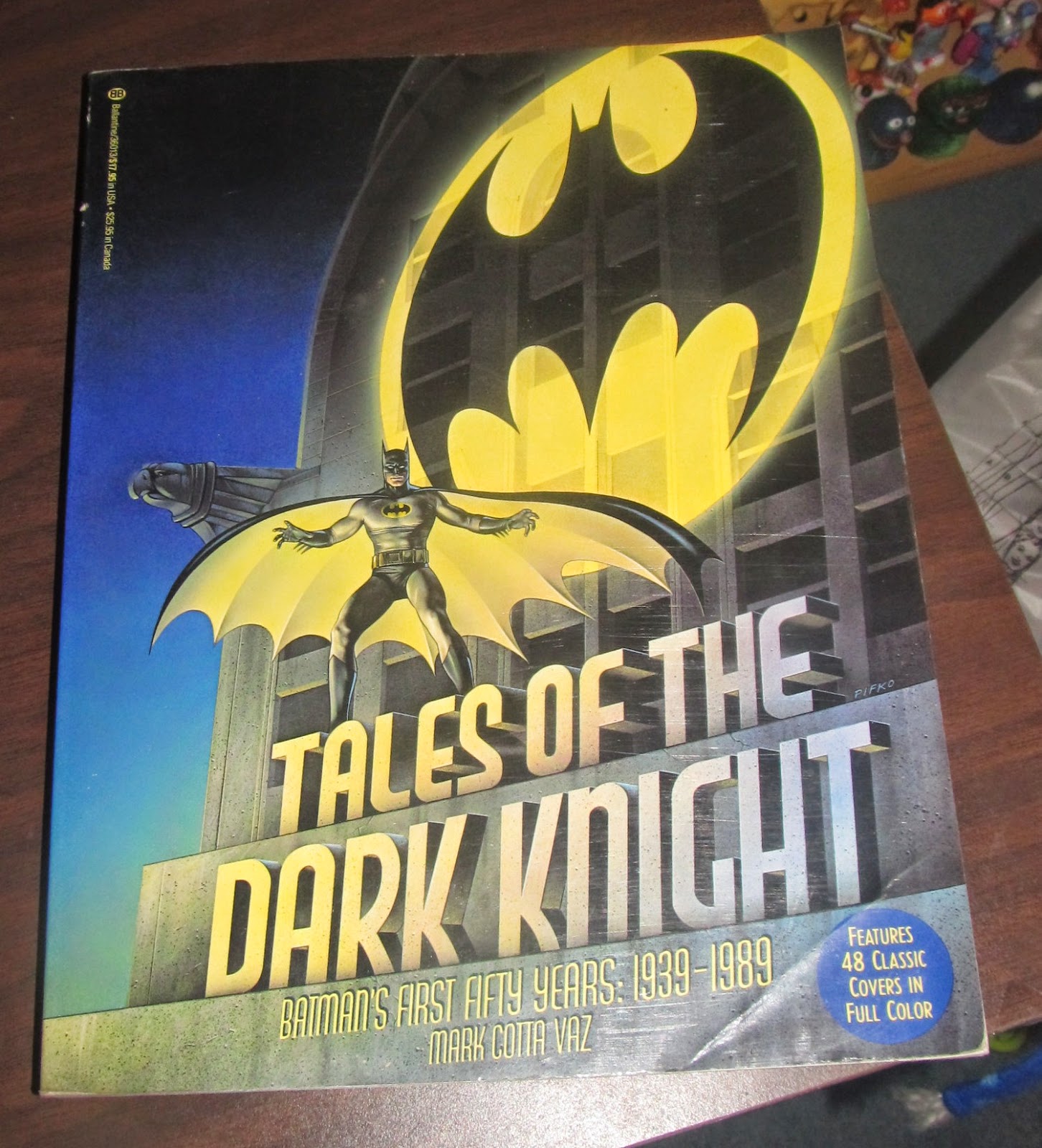 This was another exciting find for me as it was a book that I DEFINITELY owned as a kid. This was published as a part of the media blitz surrounding the release of Tim Burton's Batman in 1989. Love this book! It is a semi-detailed history of Batman's first fifty years. Lots of history, lots of pictures, lots of cool details inside. Again, I haven't sat down to re-read this bad boy yet, but I can't wait to! 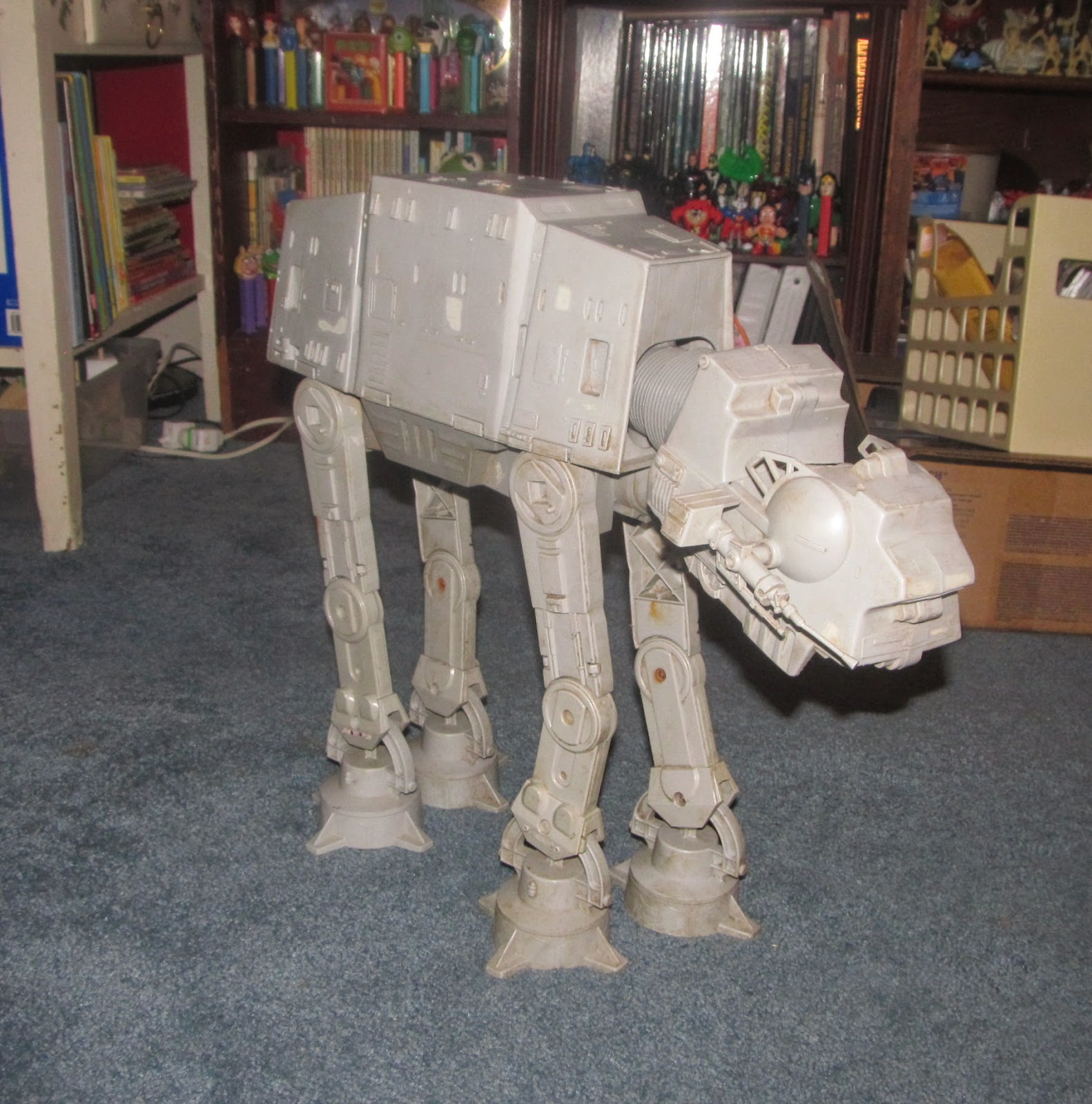 Of all the things I found at the flea-market, it was this guy that made me the most excited! I know he's filthy, and I know he's not complete... but I LOVE HIM. The AT-AT walker, to me is one of the most iconic Star Wars vehicles of all time. I picked up the AT-AT, the seven Burger King glasses, and the two bucks for 15 bucks total. 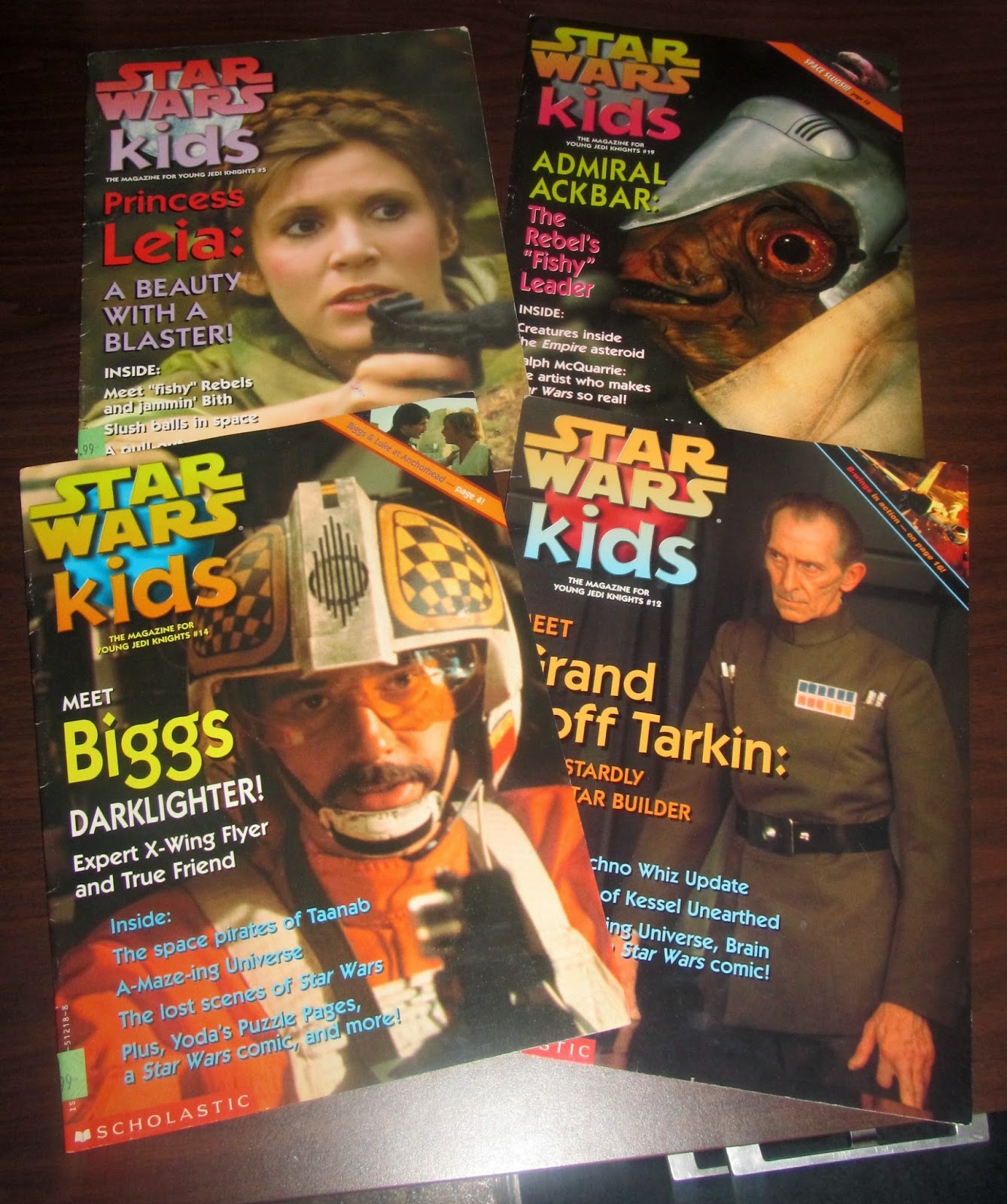 It was later that same day that I found these "Star Wars Kids" magazines at Goodwill. 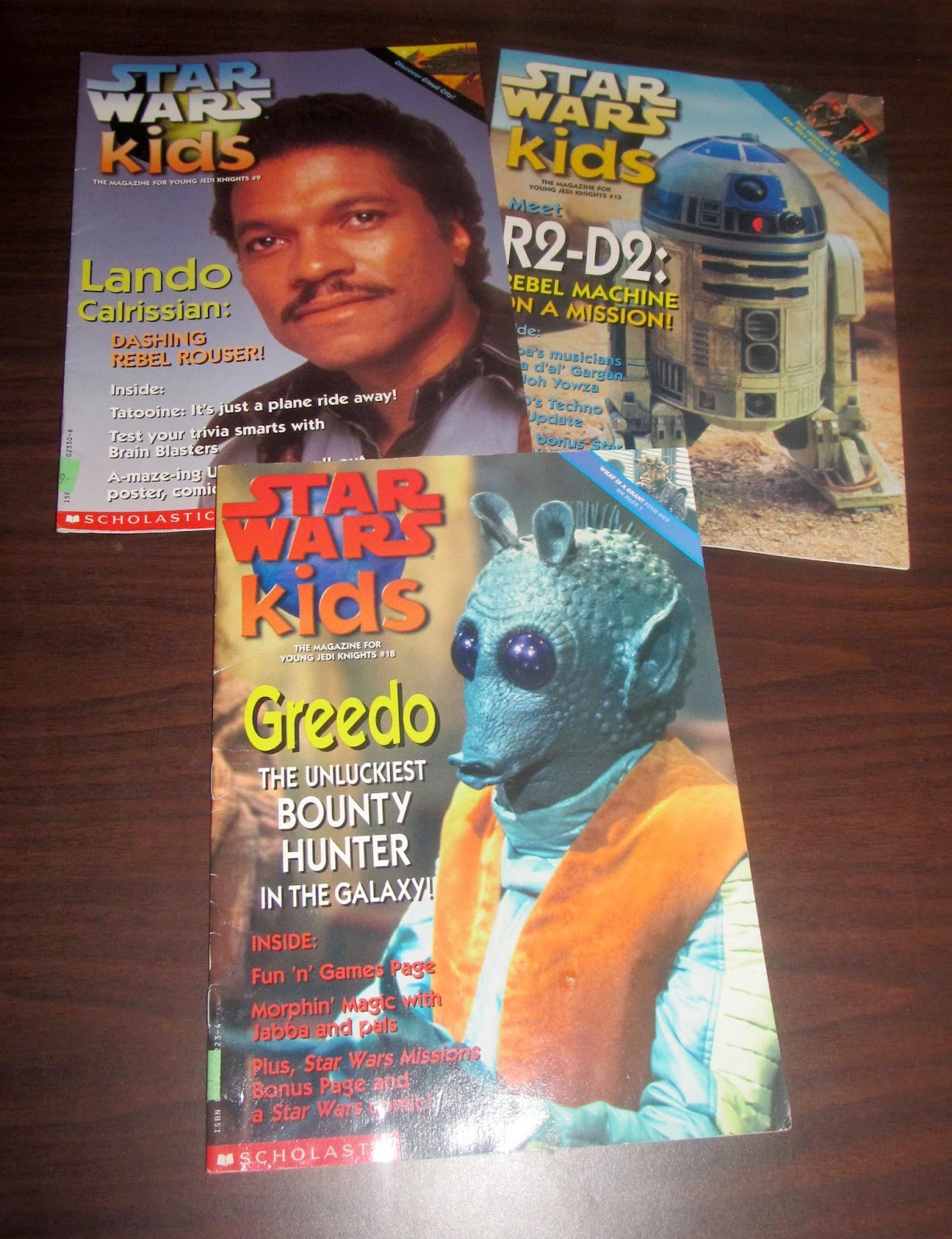 I lucked out because they had the half-price color (the green price tags) so I got them all for .50 cents! I would have usually posted these in a Goodwill post, but felt it appropriate to share them along with all the other Star Wars stuff I found on the same day. (There's my boy Greedo!) 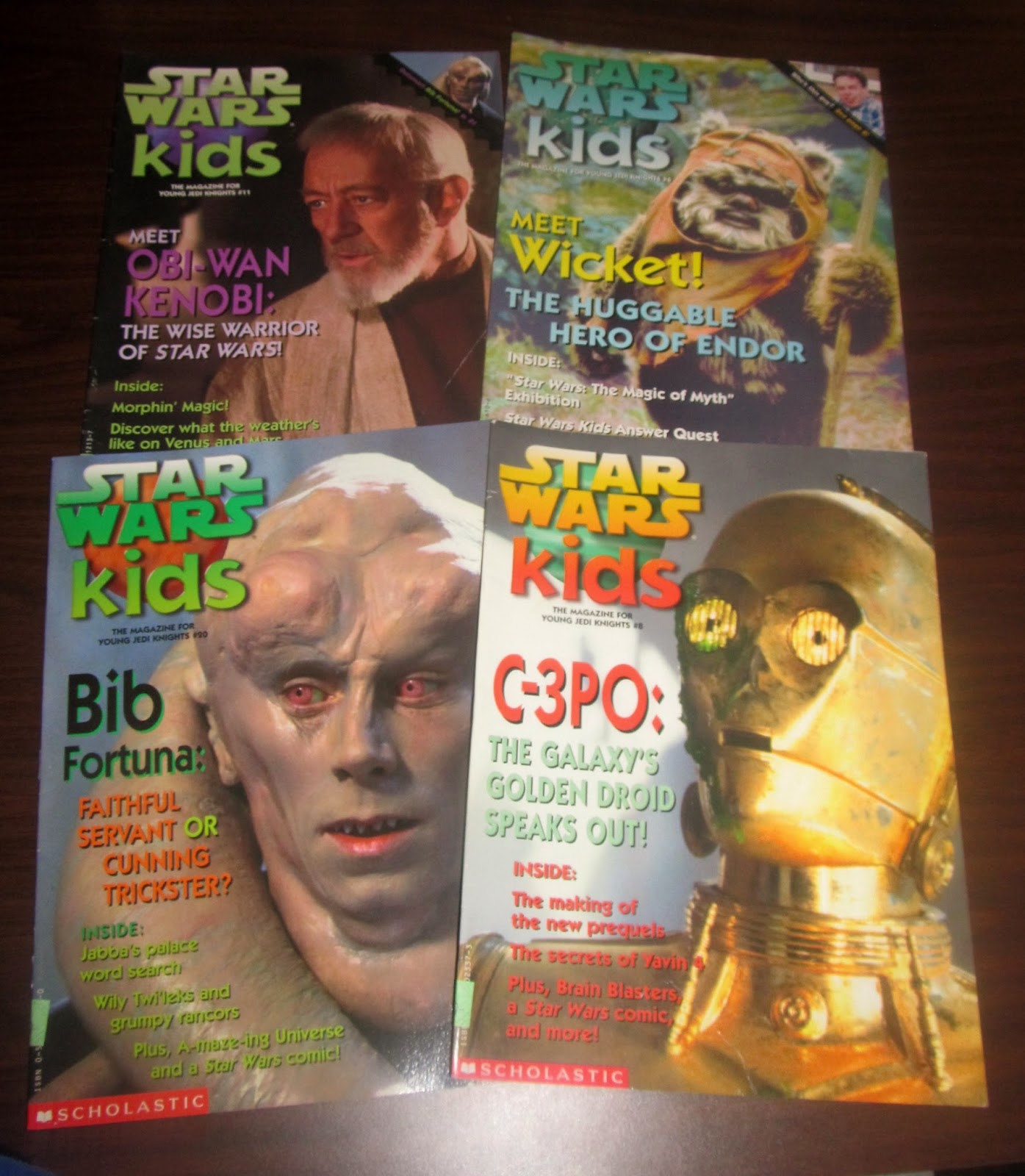 I think I'm going to have to do a more in-depth look at these magazines sometime in the future. They're from a happier time before the the words "Prequel Trilogy" were even a thing. 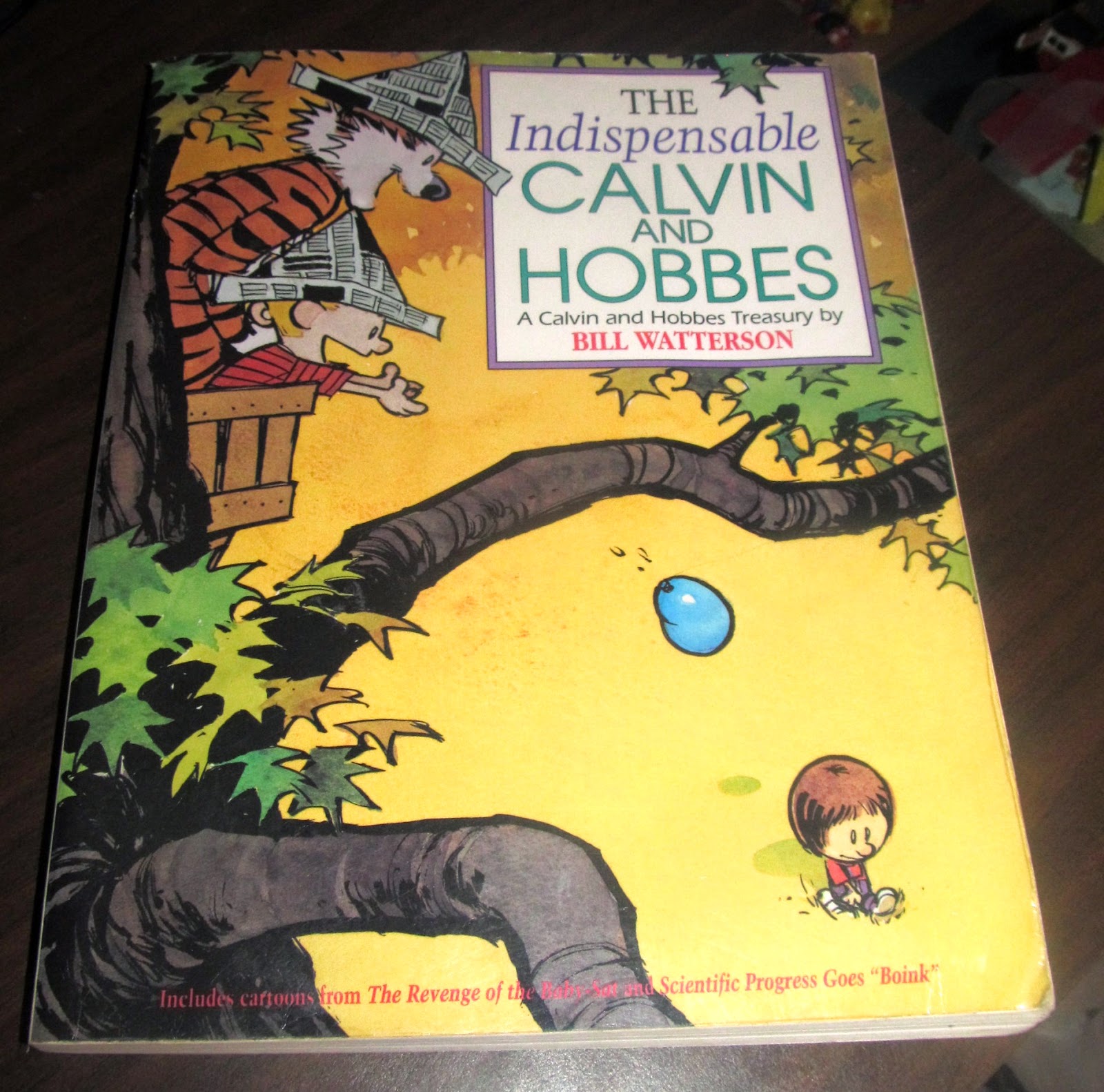 I also visited a used bookstore while I was out for Father's Dayand thought I'd quickly toss those finds in here as well. It was an eventful day. I mostly found books dealing with some of my favorite newspaper comic characters, collected in book form. There was this, "The Indispensible Calvin and Hobbes" which pretty much finishes off my Calvin and Hobbes collection. 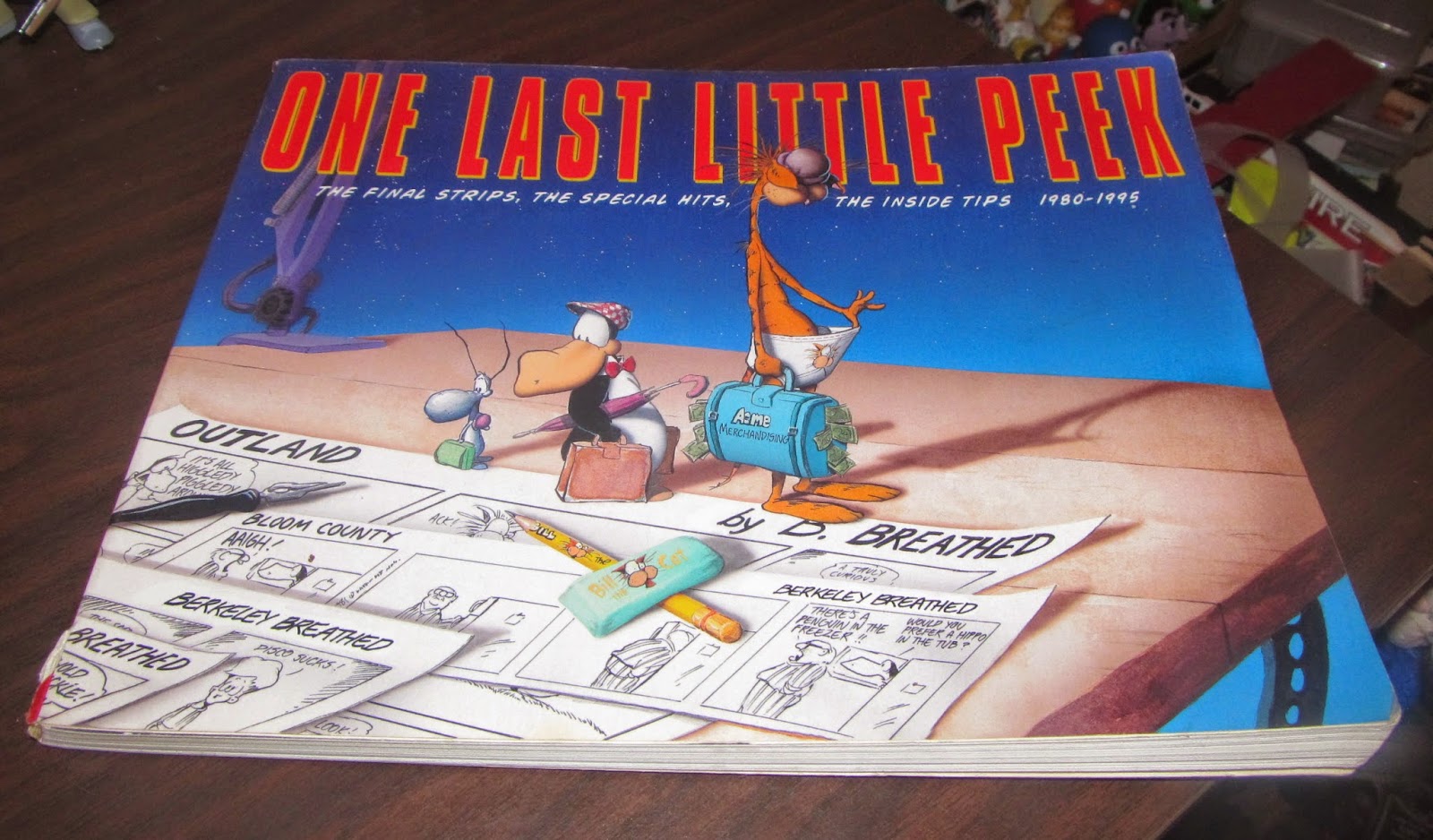 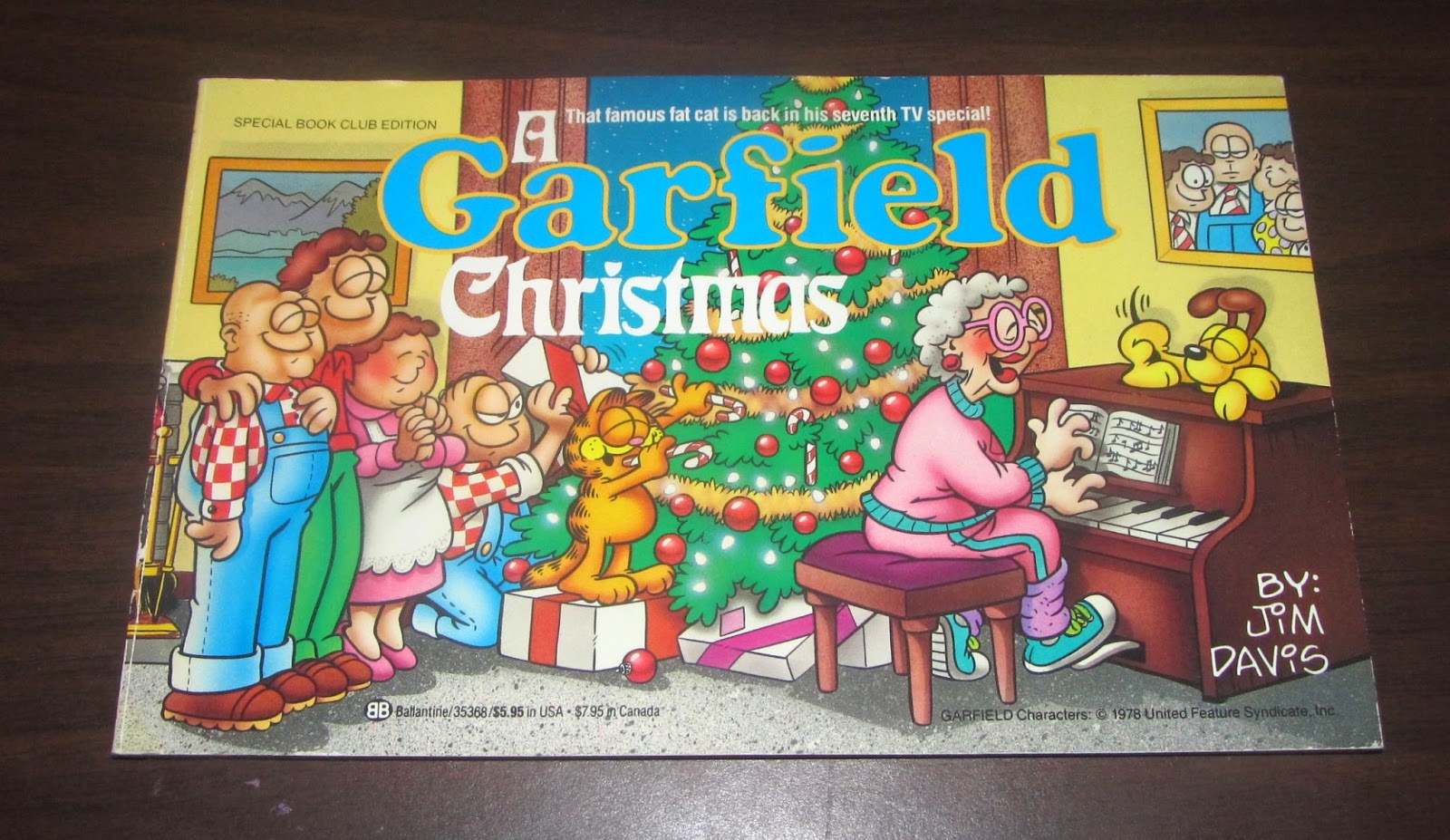 And I found my first copy of "A Garfield Christmas" which is adapted from the Christmas special of the same name. I later found another copy at Goodwill, but I was SUPER psyched to find this one on this particular day. Next to the Garfield Halloween special, this is one of my very favorite holiday specials of all time. 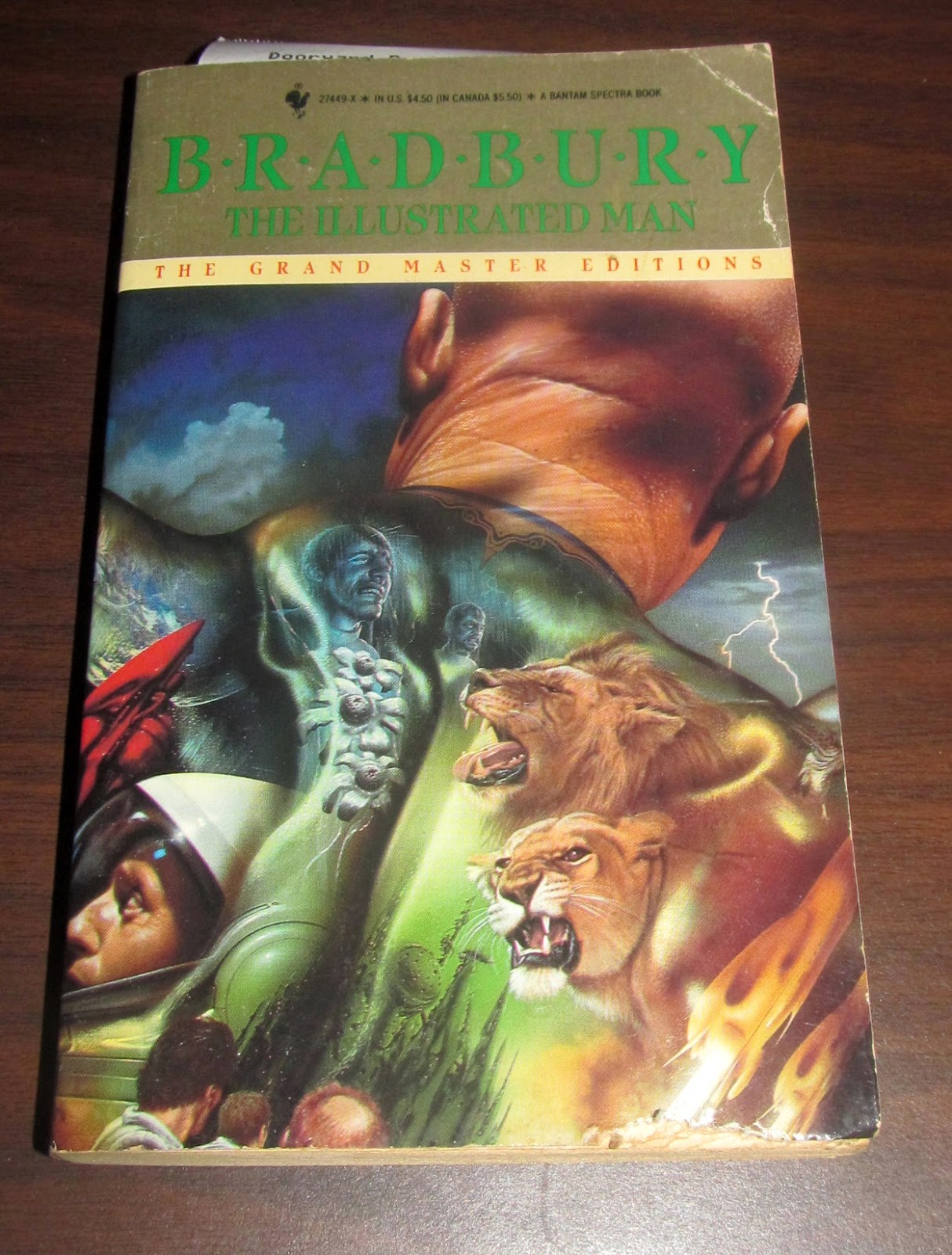 And finally I found a copy of Bradbury's "The Illustrated Man". I've been looking for this one for quite some time now and I was pretty pleased to find it in paperback for such a cheap price. I've recently become something of a Ray Bradbury nut and this was one of the few books of his that I don't already own. So yay me!

Well that's it kiddos! I'll be back with some Geeky Goodwill Goodies soon enough... so until then, Happy Hunting!
Posted by Derek Ash at 2:06 PM