A Package From Miss M!

So since I am still playing catch up with my back-log from last year's posts. I thought this might be the perfect opportunity to write about this terribly over-due post about a a package sent to me by none other than Miss M of "Diary of a Dorkette" fame, and my awesome co-host over at Geek Fallout! 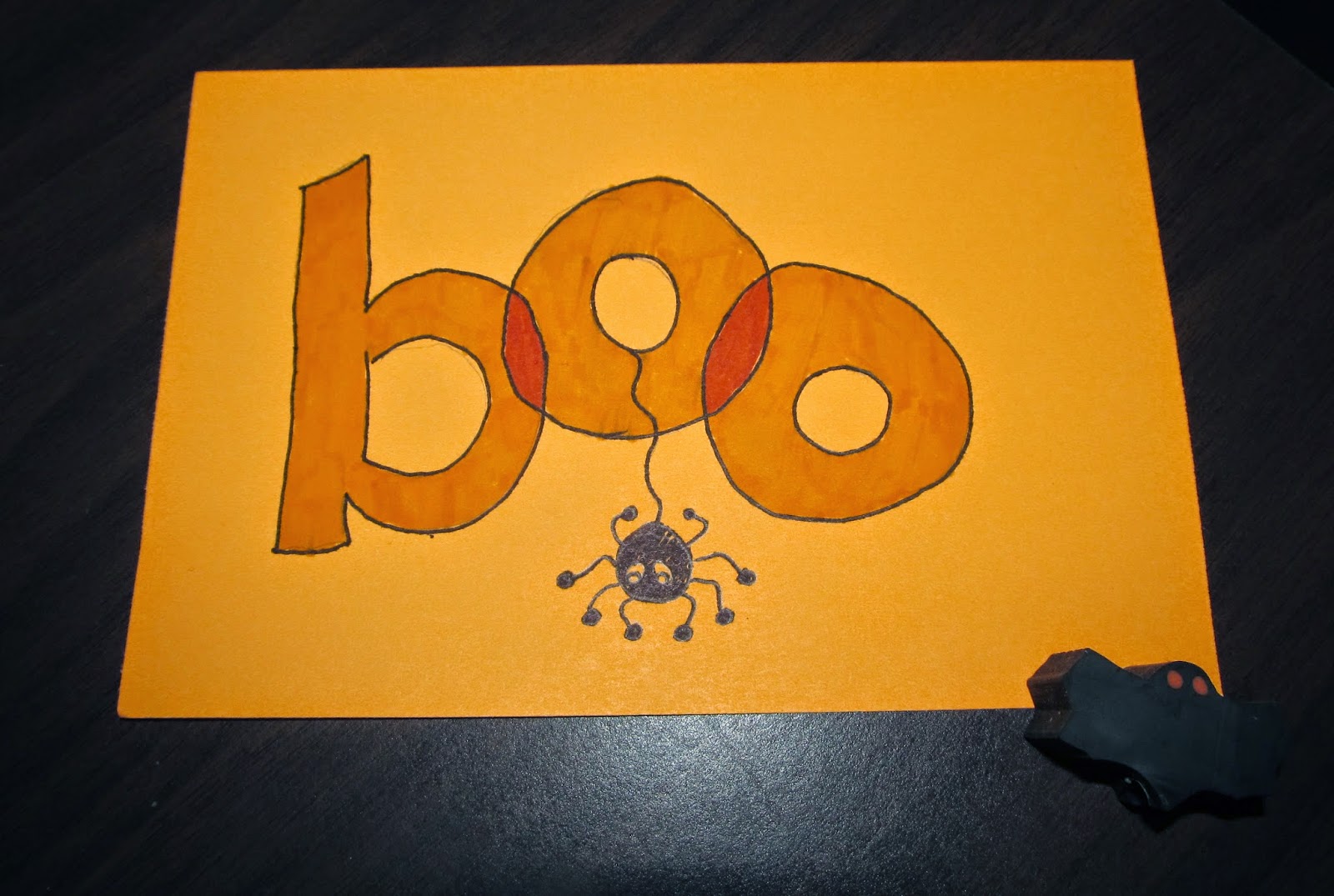 This was a semi-sort-of-Halloween themed package that unfortunately arrived the day after Halloween. So it didn't make it into that countdown, and it got buried under my November break, and the December countdowns for Creepmas and Christmas. But there was a hand-made card by Miss M, which I adore! 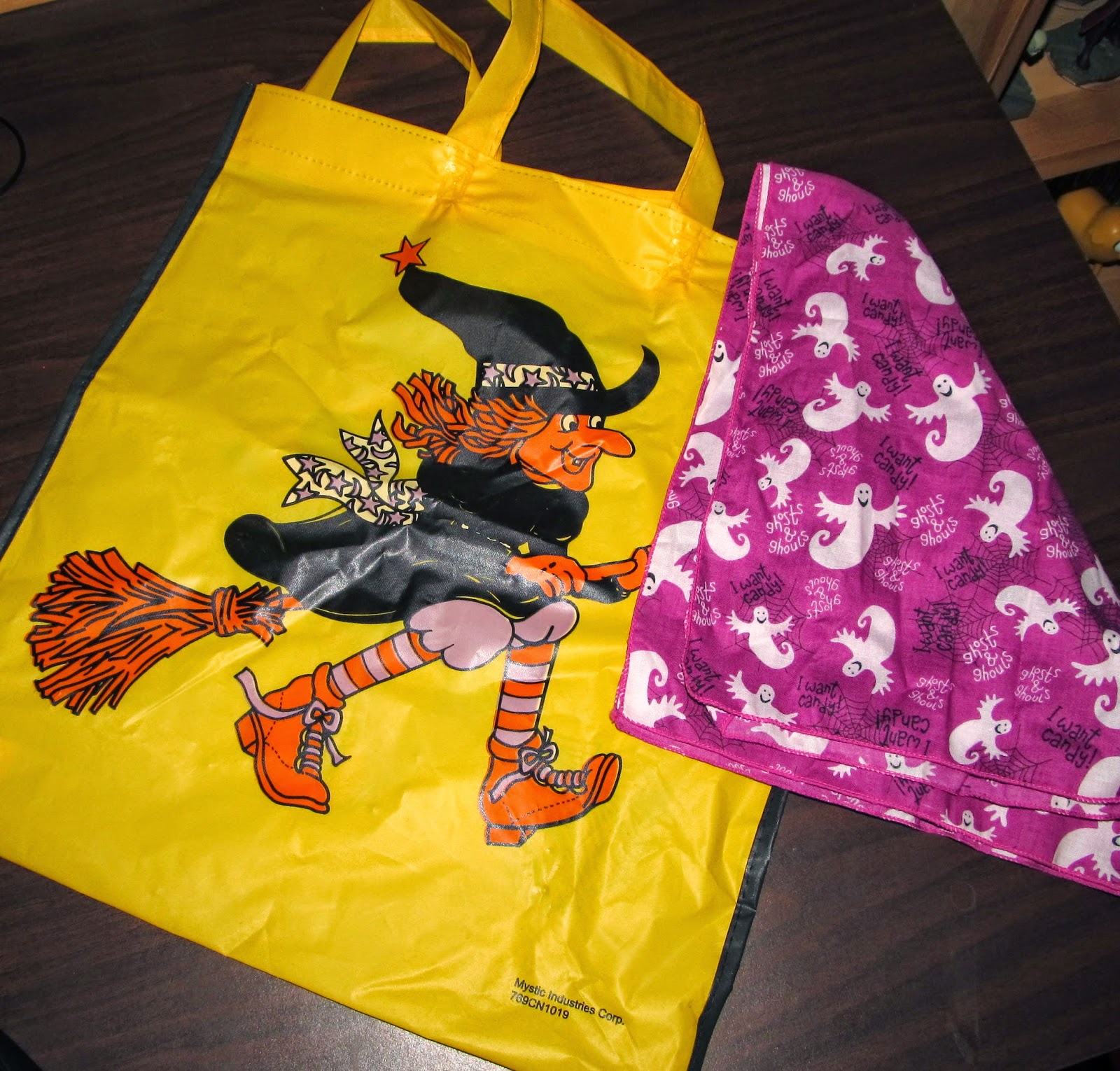 Also included were some Halloween-y accessories and decor. This awesome Trick-or-Treat sack, and ghostly bandana for example! 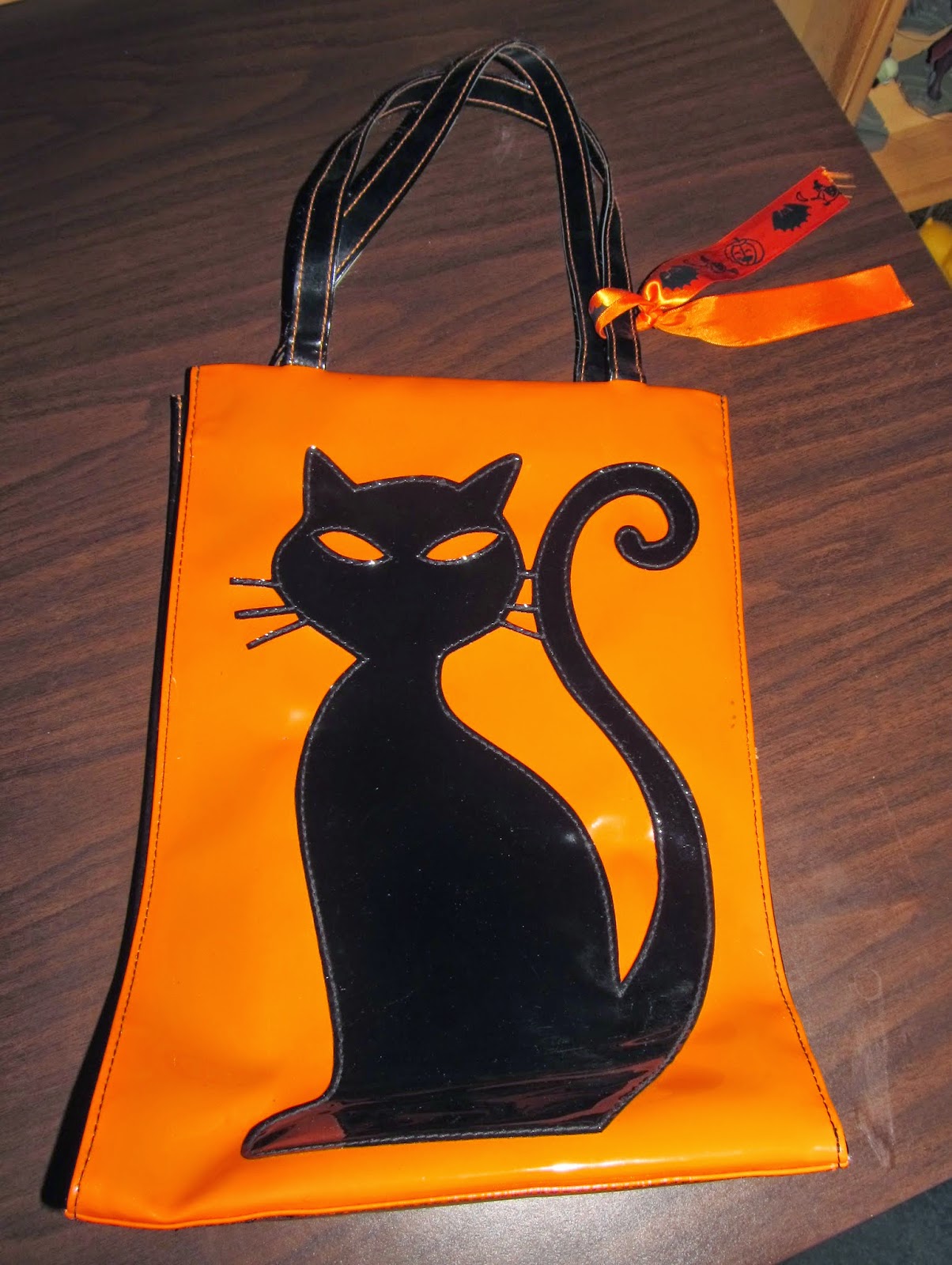 I handed this item off to my daughter who hung it up in her bedroom. Dig that black cat! 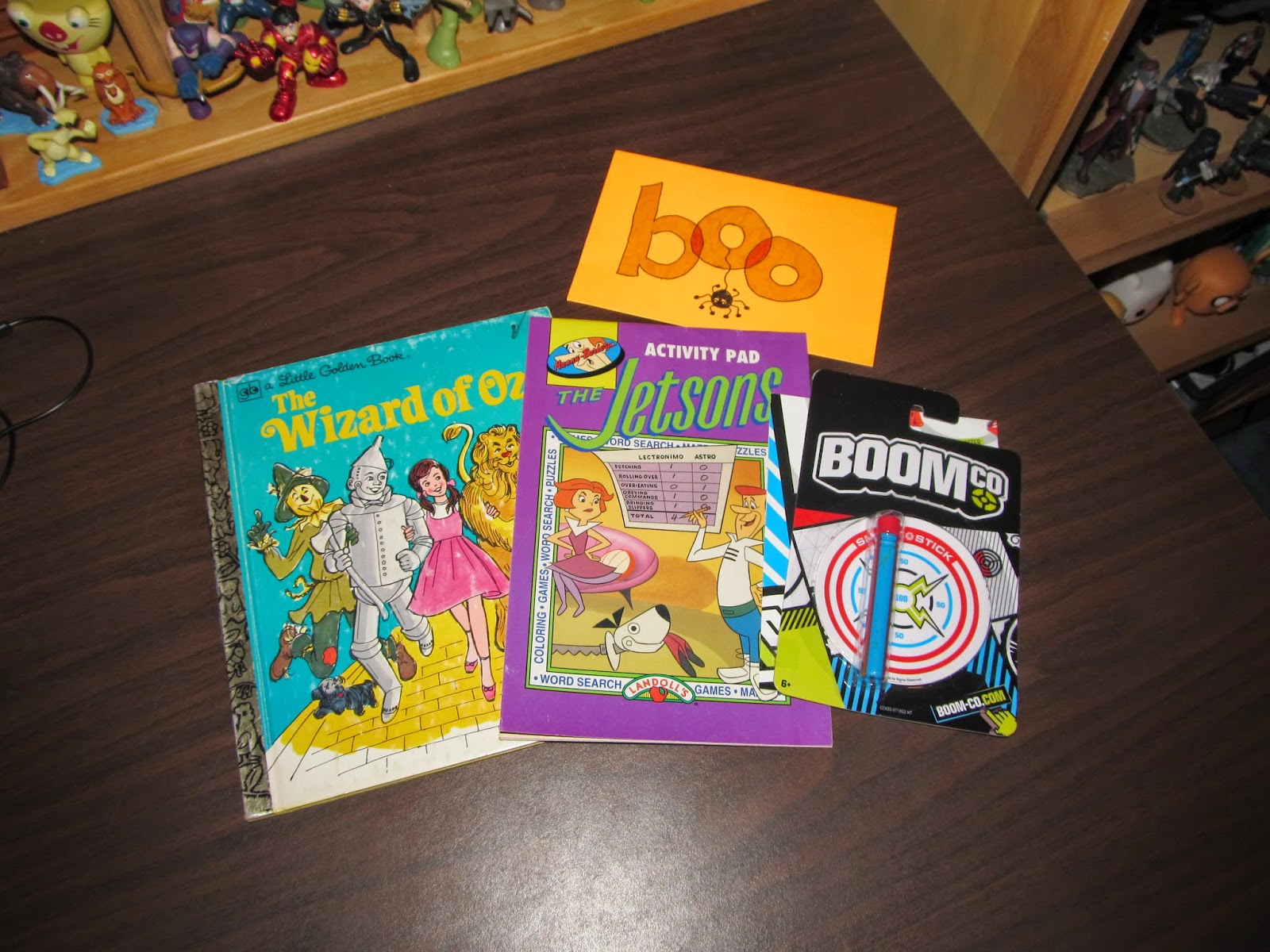 Some random books and other fun items included: A Wizard of Oz LGB, a Jetsons Activity PAd, and a dart and target for Boom Co. 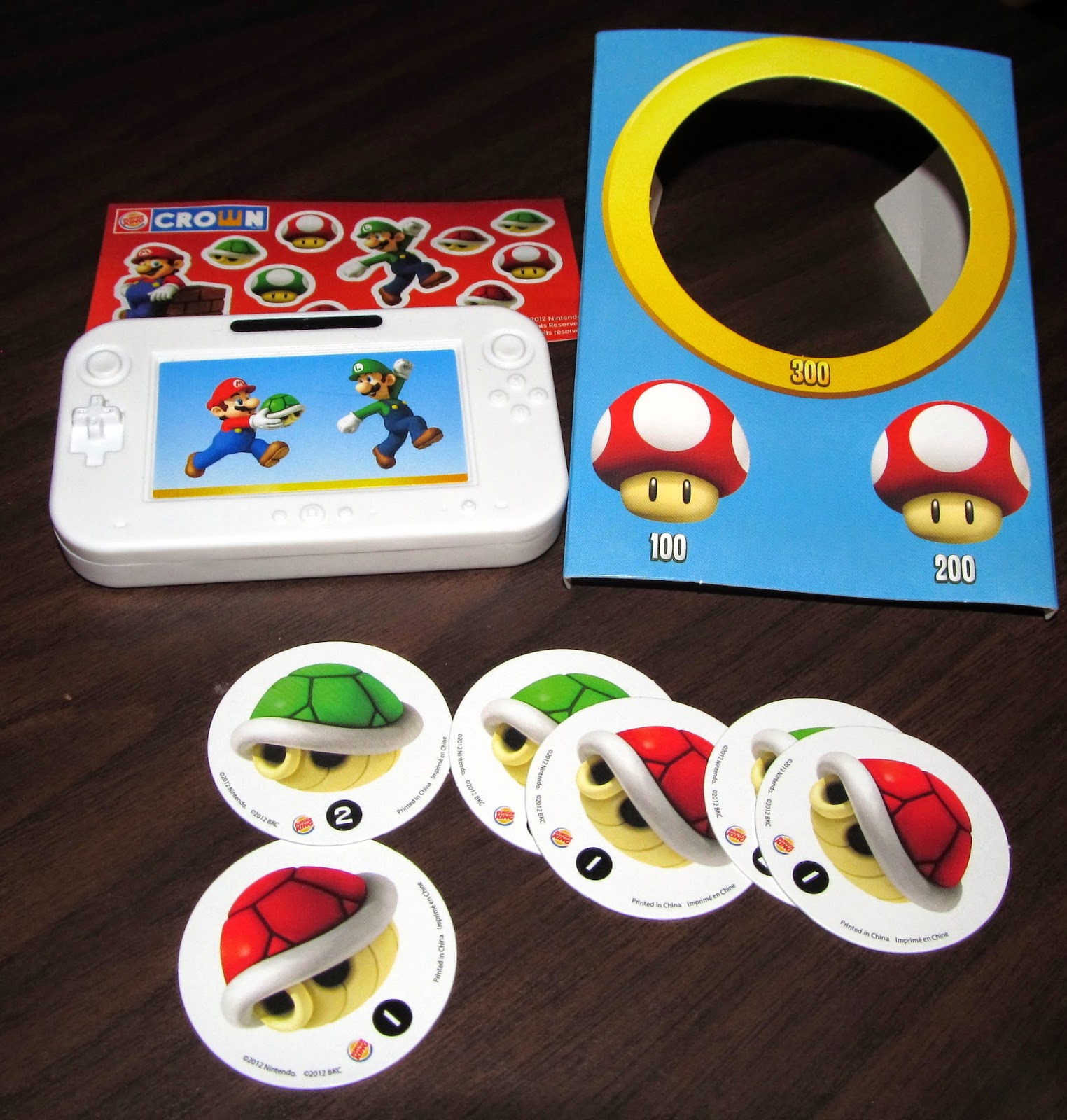 This Mario Bros. Wii U Happy Meal set I let my boys play with, as they are both Wii U obsessed, and love them some Mario Brothers. You fire the colored koopa troopa shells out of the Wii U Remote and into the target!

Blind-bgged mini-figures! I got Scooby Doo's Frankenstein's Monster and Cylindria from Pac-Man's ghostly adventures! I think my favorite guy is the blue ghost! 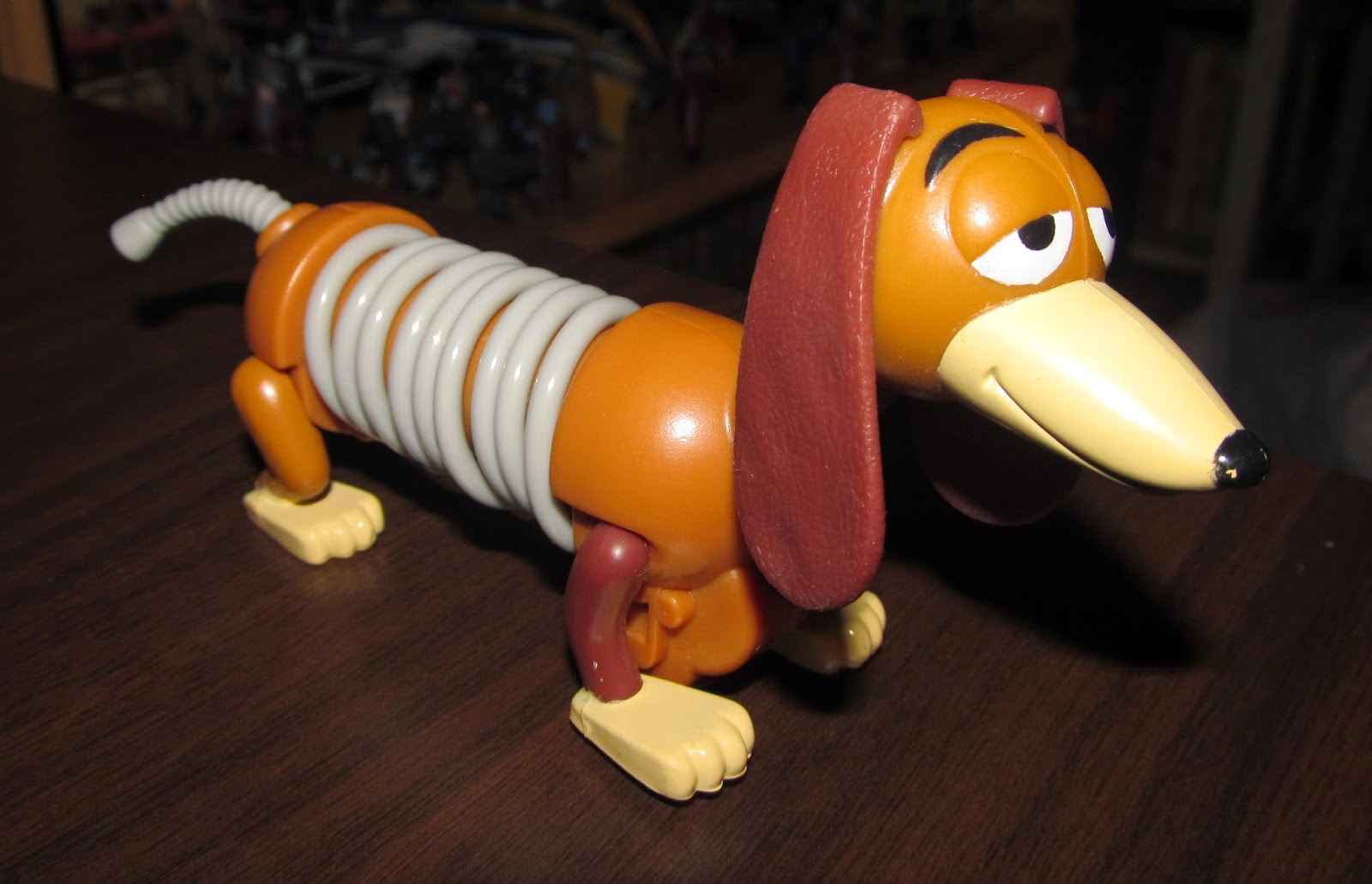 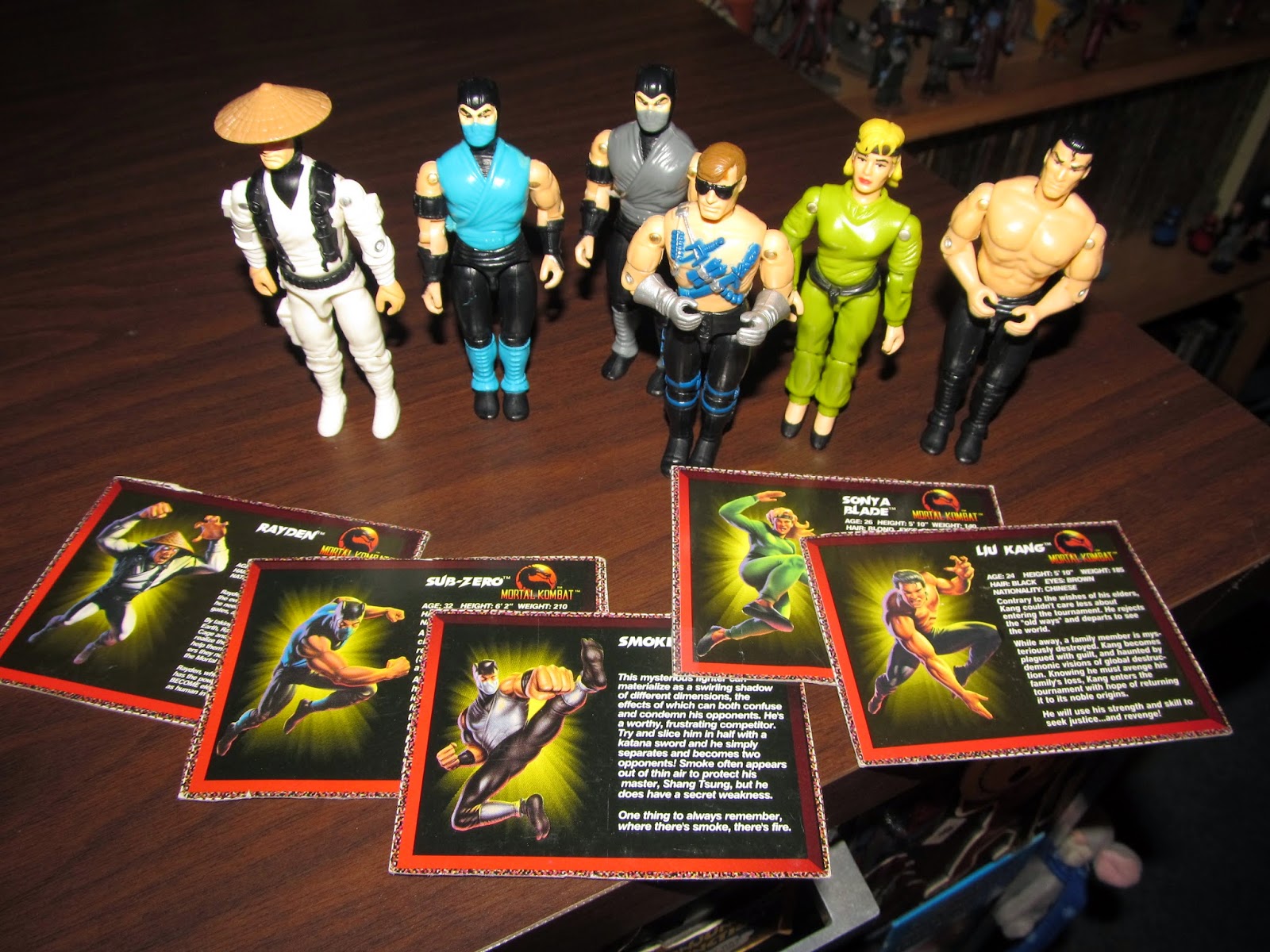 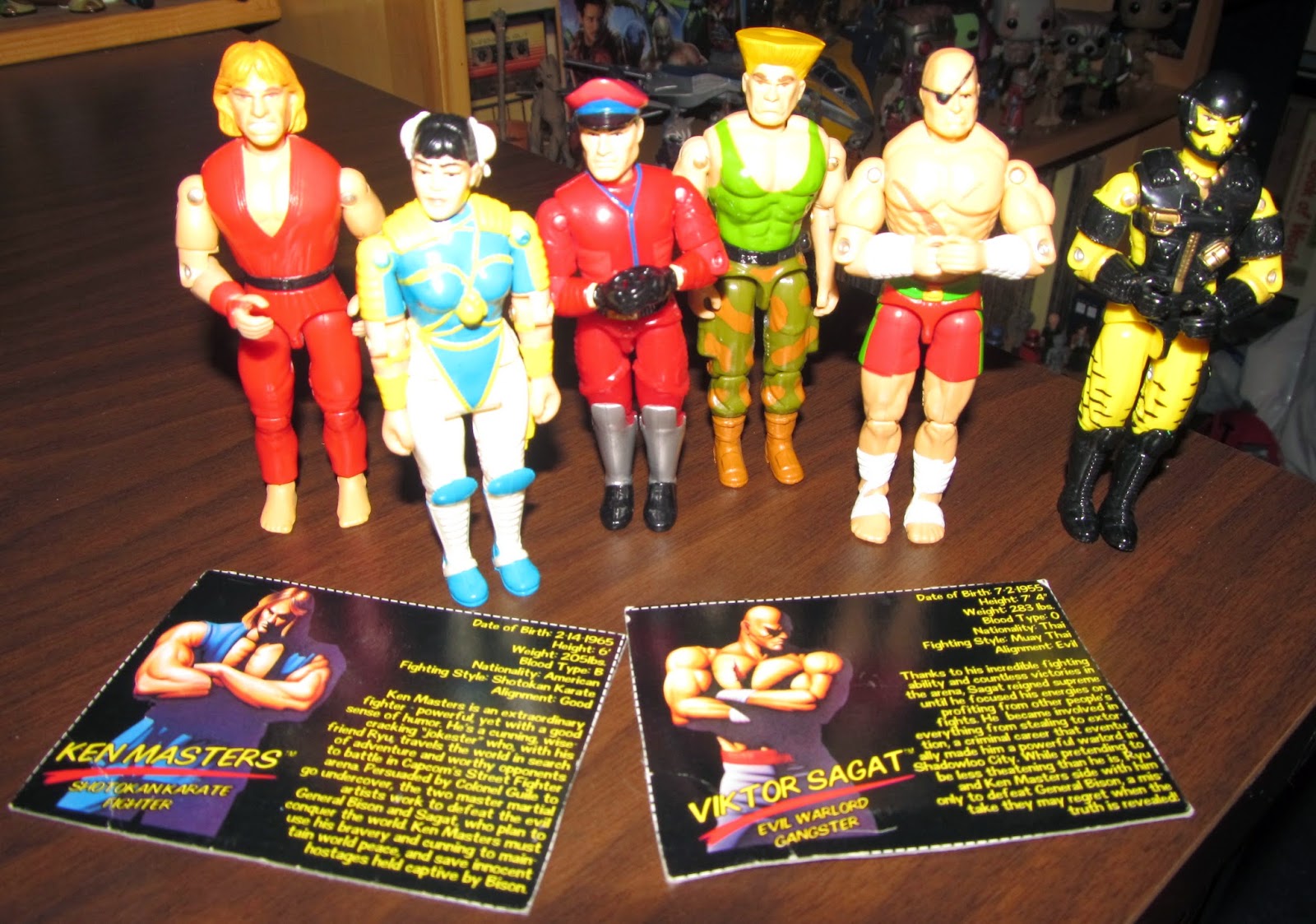 Then we have the Street Fighter action figures Ken, Chun-Li, M Bison, Guile, and Sagat (With a Cobra Alley Viper from 1992 on the far right). 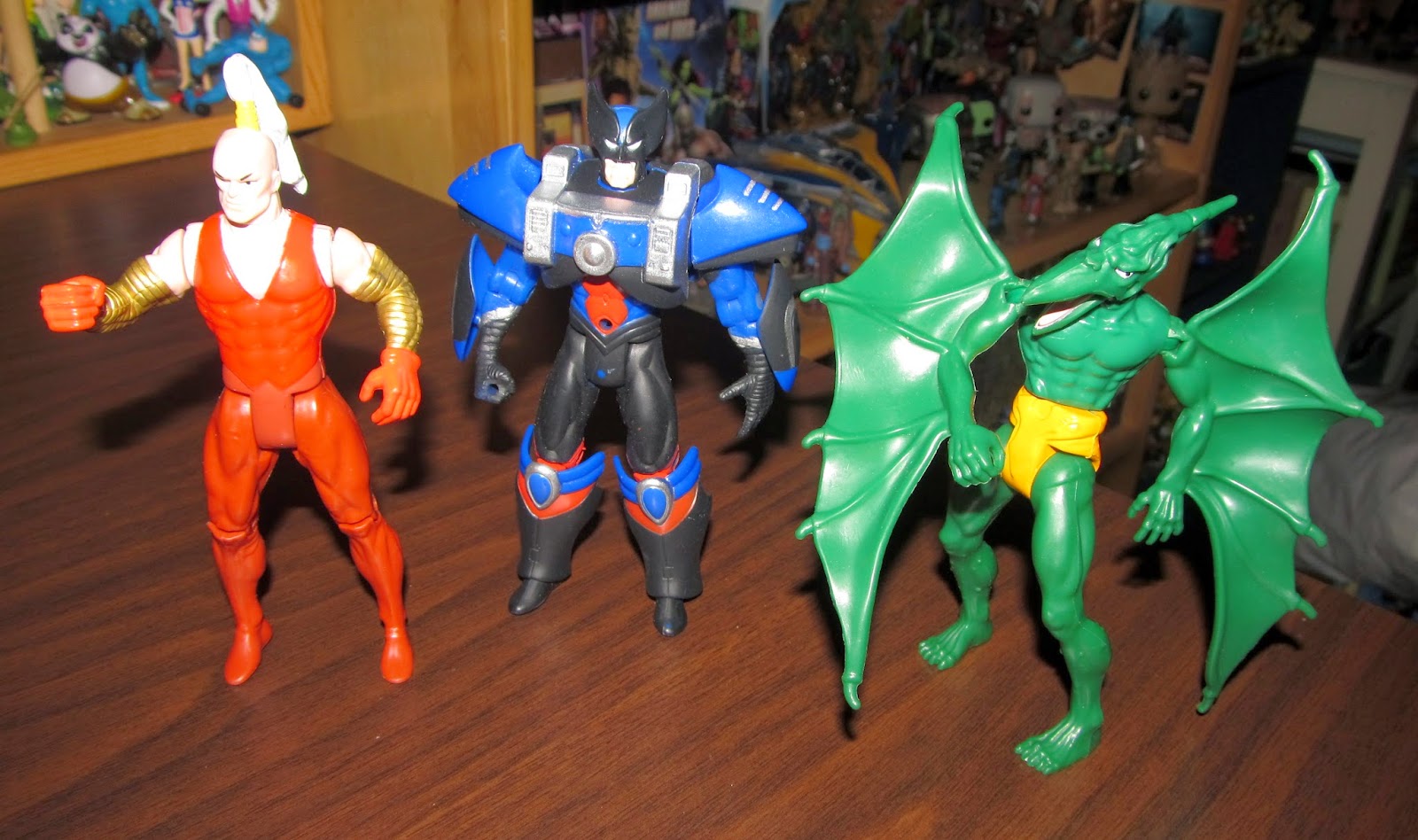 From the old Toy Biz X-Men line, we have GIDEON!!!! armored Wolverine, and Sauron (I found a Sauron at Goodwill already, but his limbs don't move because he was a part of some display piece thing that he was glued into once upon a time. It's nice to now have a poseable one). I think I was the most excited to have Gideon since he was one of my favorite villains back in the 90's. 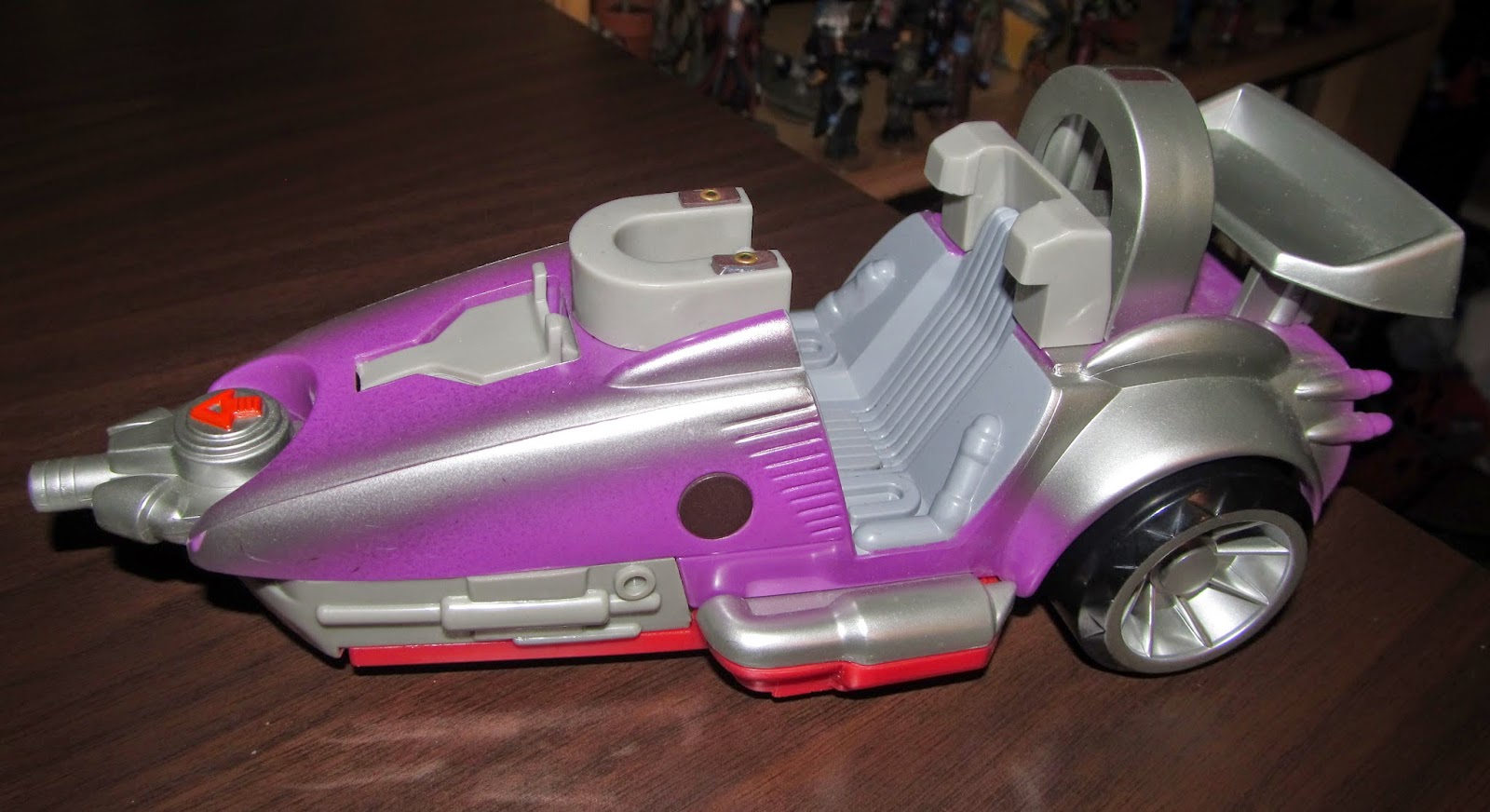 One of the coolest items to appear in this package from Miss M was the Toybiz Magneto vehicle, "The Magnetron". Simultaneously goofy and cool in equal measures I want you to now stop for a moment and let it sink in that Toybiz made a CAR for MAGNETO. Not only that... but a CAR with GIANT U-SHAPED MAGNETS ON IT. This thing is a work of art. A true masterpiece. 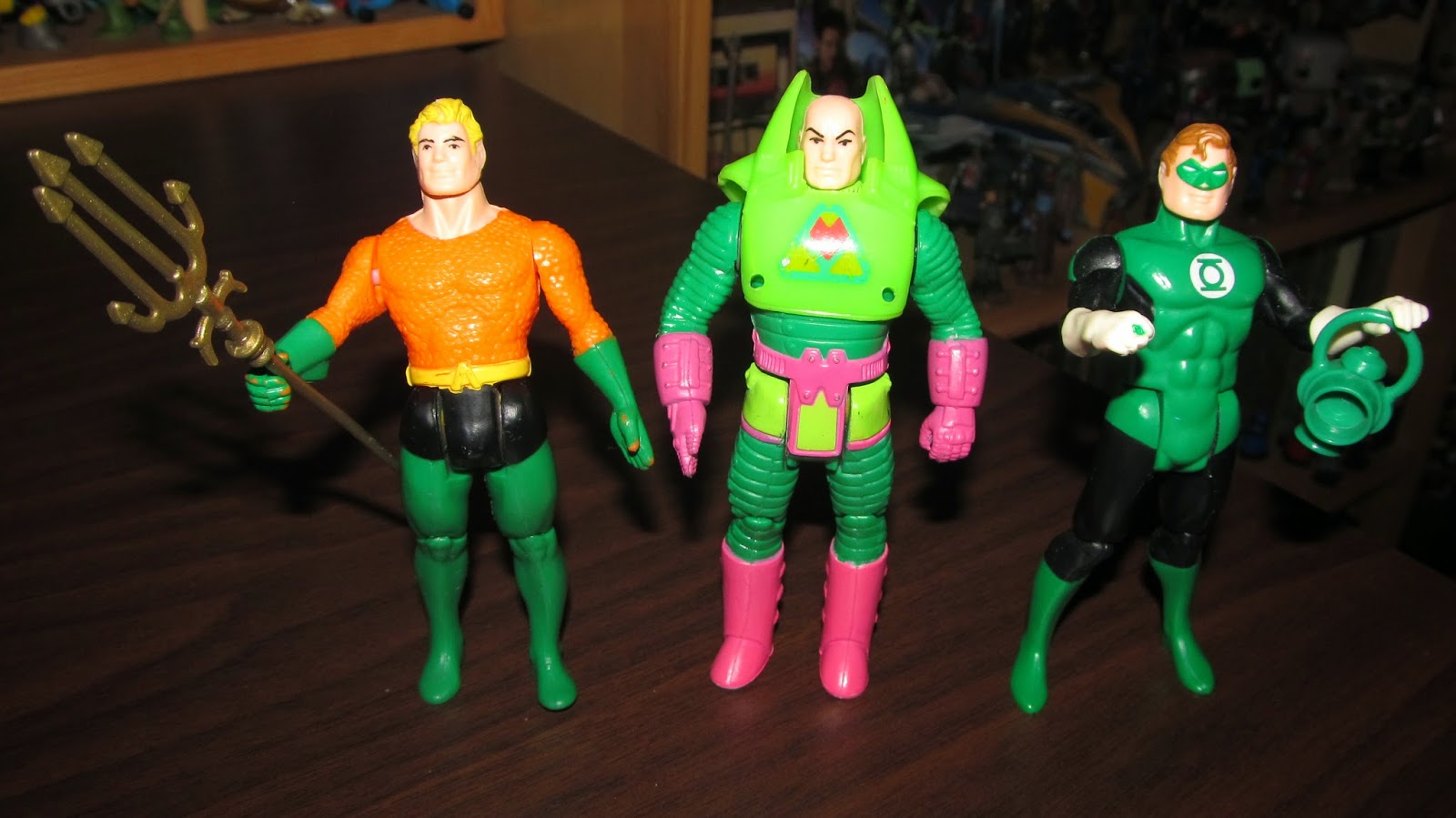 But the items that literally stole my breath away? These fellas. From the Kenner-produced 80's toy line "Superpowers" featuring the heroes and villains of the DCU... Aquaman, Lex Luthor, and (Hal Jordan) Green Lantern!!! I never owned any of these as a kid... but honestly if I could have picked out ANY three characters to track down and own now, it would probably be these three (Although Firestorm and Brainiac would round out my top 5). I always LOVED Lex Luthor in his watermelon color-schemed battle suits. Aquaman? Yes. Just yes. And I want to see Funko put together an entire set of Chromatic Lanterns in their ReAction line. Because I and obsessed with the ROYGBIV Lanterns. So any version of Hal is welcome on my shelves.

That's it for tonight kids! My thanks to the always generous and gracious Miss M for her donations to the Geek Cave! Be sure to check out her blog Diary of a Dorkette, and to listen to her on the Geek Fallout Podast! I'll be back soon with some Geeky Goodwill Goodies... so until then, Happy Hunting!
Posted by Derek Ash at 2:20 PM