I may have mentioned in the past that I am VERY lucky to have met some incredibly generous people while I have been blogging. And because of this, I have been given, completely free of any obligation, several awesome packages, filled with lots of awesome stuff. Well, this post is going to detail one of those exact packages. I've been meaning to make sure I got around to this post sooner rather than later, and I'm just now getting it done!

I started Instagramming maybe... 3 months ago or so (@thegoodwillgeek btw if you feel like checking my stuff out) and I have found that the Instagramming community is just as geeky, wild, and NICE as the blogging community has been! Case-in-point, a user who goes by the name of @fourekkks who found my blog through my Instagram... well... not THIS blog... the OTHER one... specifically a post I had written about a couple of old Starlog Magazines that I bought from Scottie's Books. 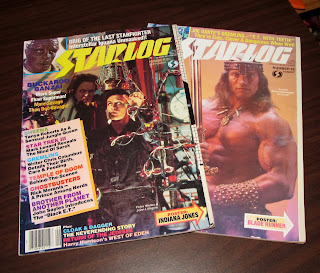 So what did @fourekkks do with this information? She contacted me via e-mail and offered me a set of Starlong Magazines! Seems she has several duplicates in her collection, and she offered those duplicates free of any strings attached. I had only to contact her with information regarding the issues I wanted (I told her anything from the 80's), an address to send them off to, and my social security number (My SSN is fake anyway as I am not from the plane of existence) and a valid credit card (which I did NOT give because that stuff is impossible to get off your credit score) and a blood sample. A very short while later a box arrived at my house containing these: 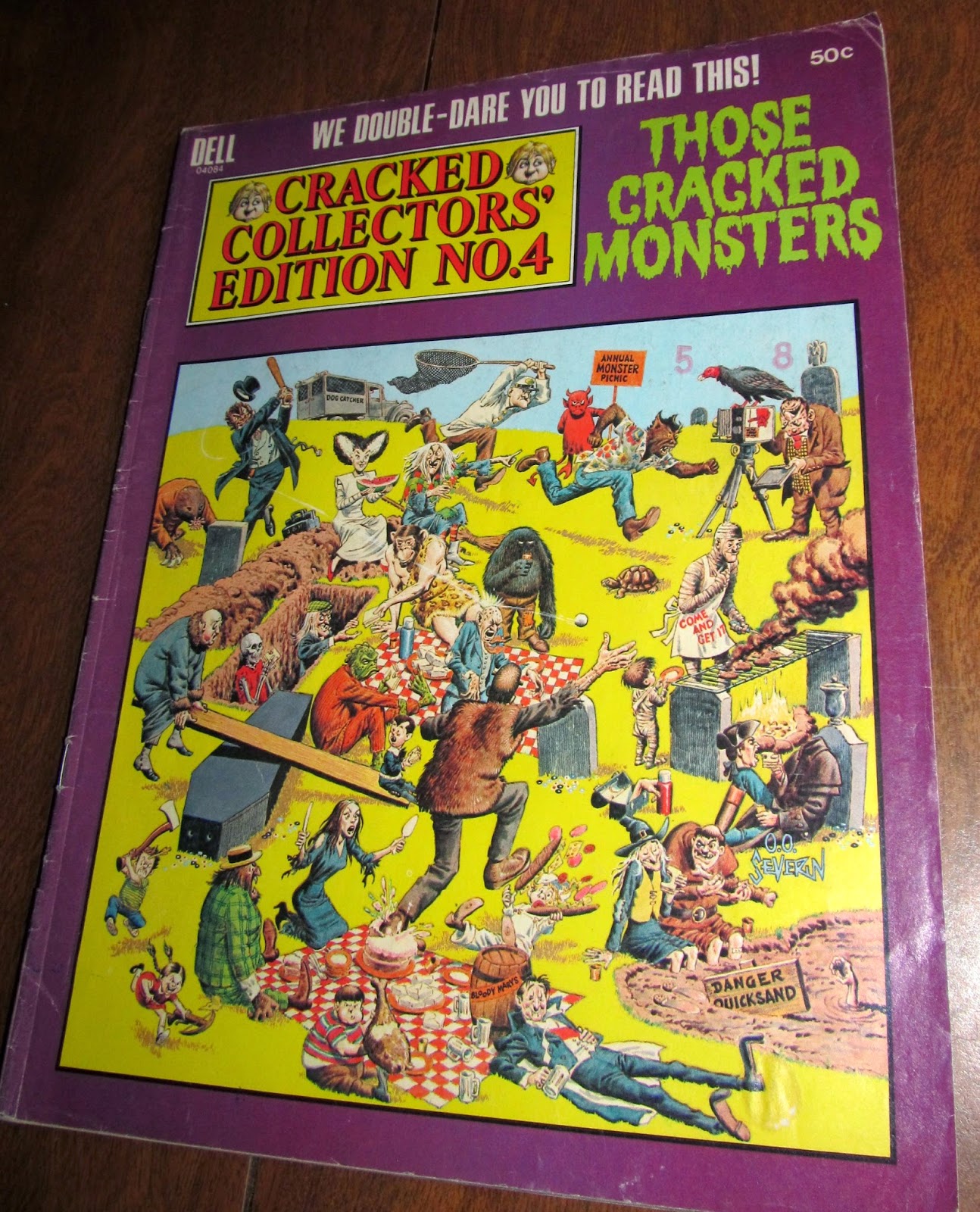 "Cracked Collectors' Edition Vol. 4 "Those Cracked Monsters" Which was SUCH a pleasant surprise!!! I used to like Cracked magazine even more than MAD magazine as a kid. The Halloween and superhero themed issues especially. I am fairly certain that I owned a book just like this one as a kid, because I distinctly remember gags where they took stills from old black and white horror films and added funny speech bubbles like this: 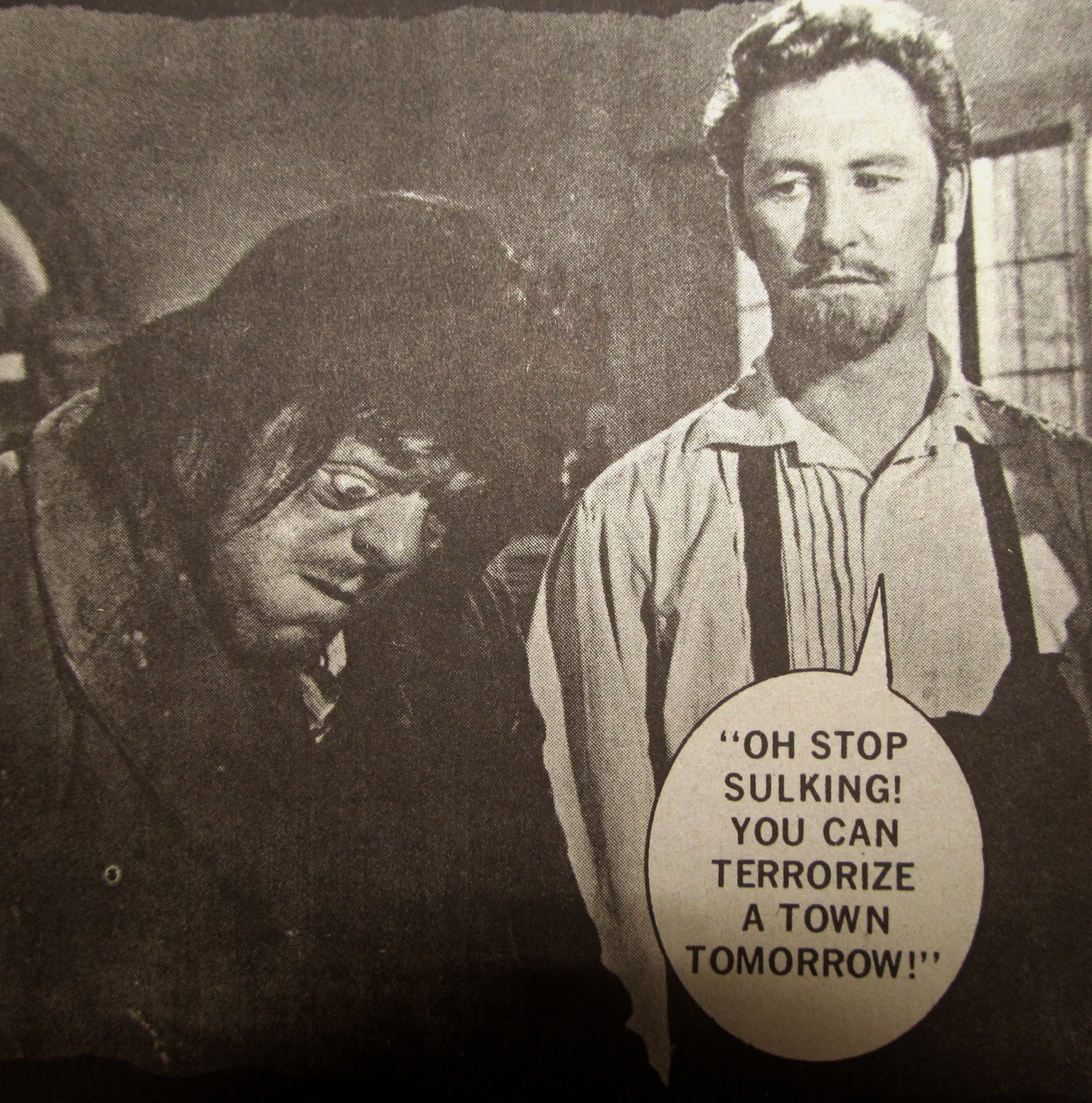 Admittedly, most of the jokes are pretty goran-worthy, but 9 to 11 year old me was HIGHLY entertained. 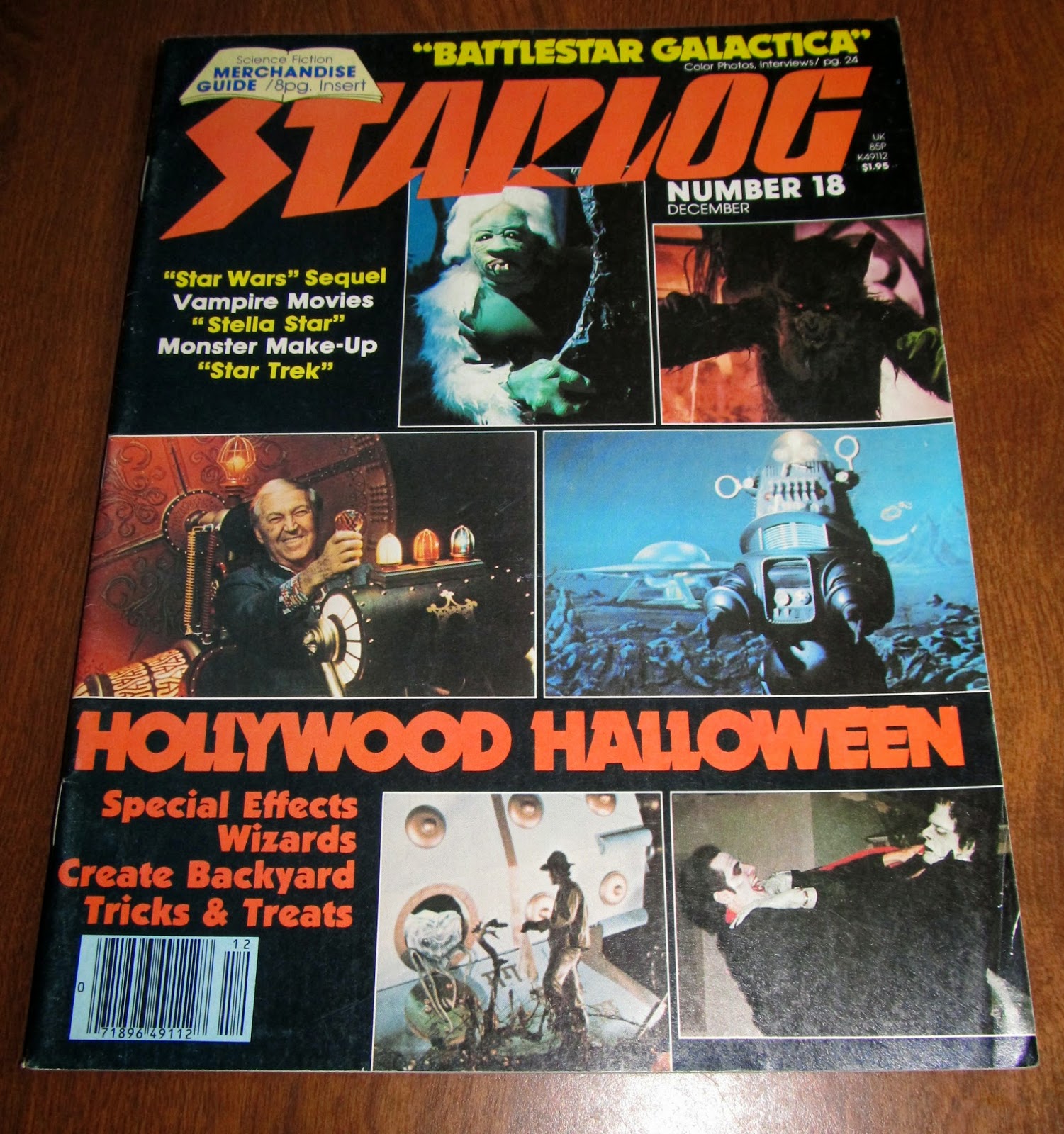 Also included in this package was another Starlog issue indeed, but NOT from the 80's! This one is from 1978, and has an article dedicated to how Hollywood special effects artists do it up for Halloween around their neighborhoods! It included awesome stuff like this: 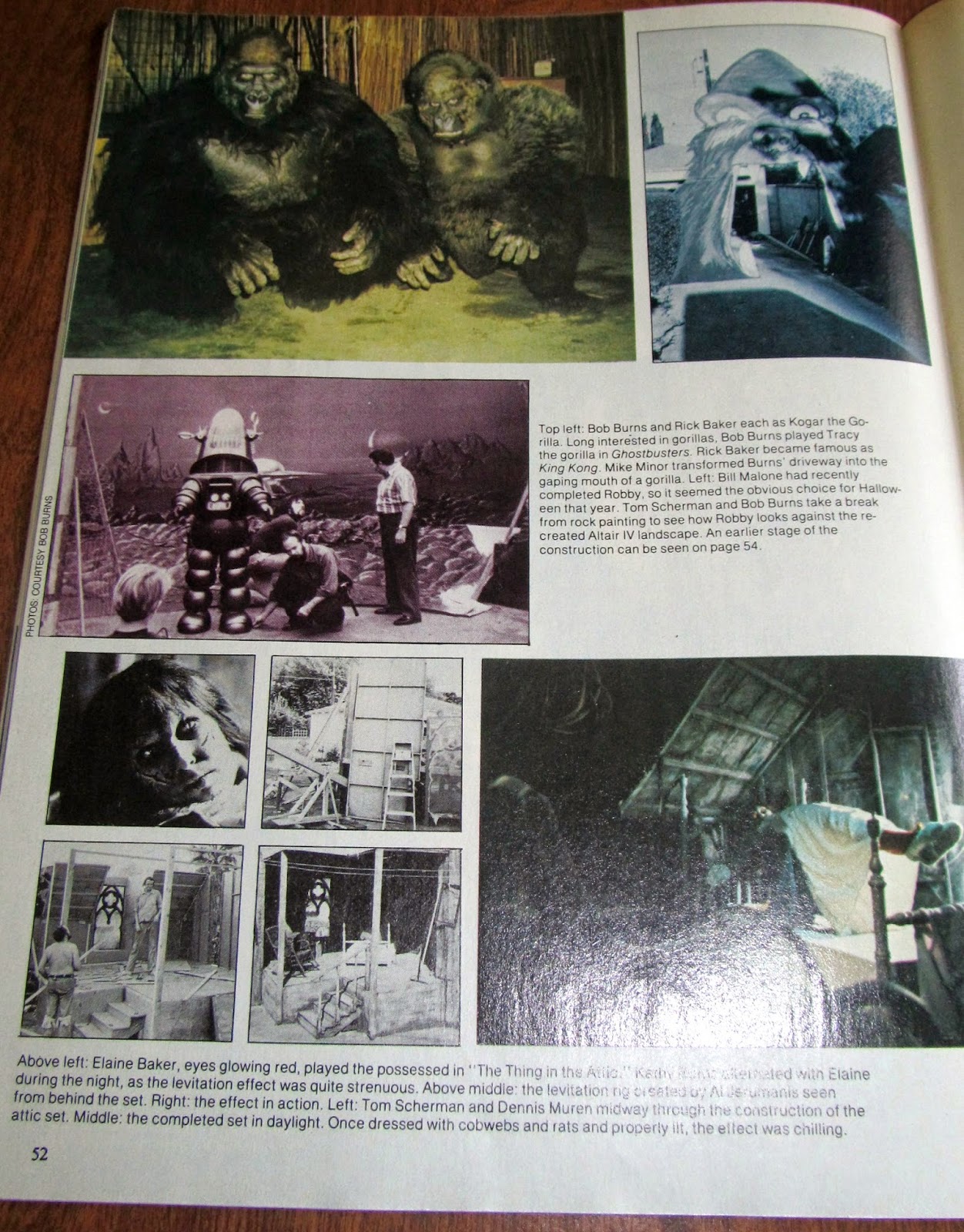 Which goes into great detail documenting all the great haunts that these guys put together. @fourekks knows from my blog(s) that I am a big Halloween fan! This magazine from the year I was born was just the perfect addition to the box! Now, there were a total of 19 magazines in the package, so I'm not going to go through and talk about each and ever issue. I haven't even had time to flip through them all yet. But I am included shots of all the front covers, and then down below, some of the awesome back-cover ads as well! 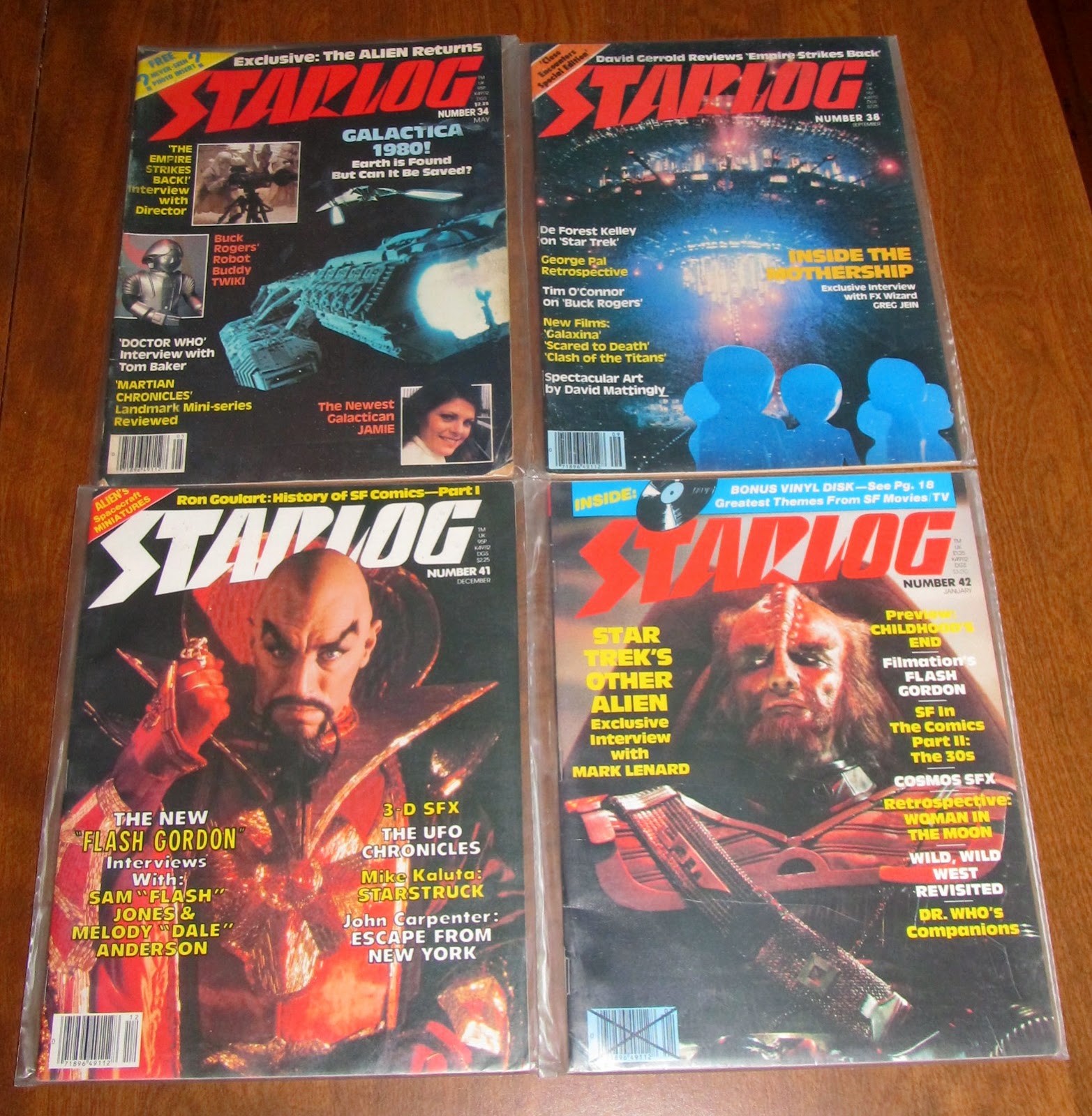 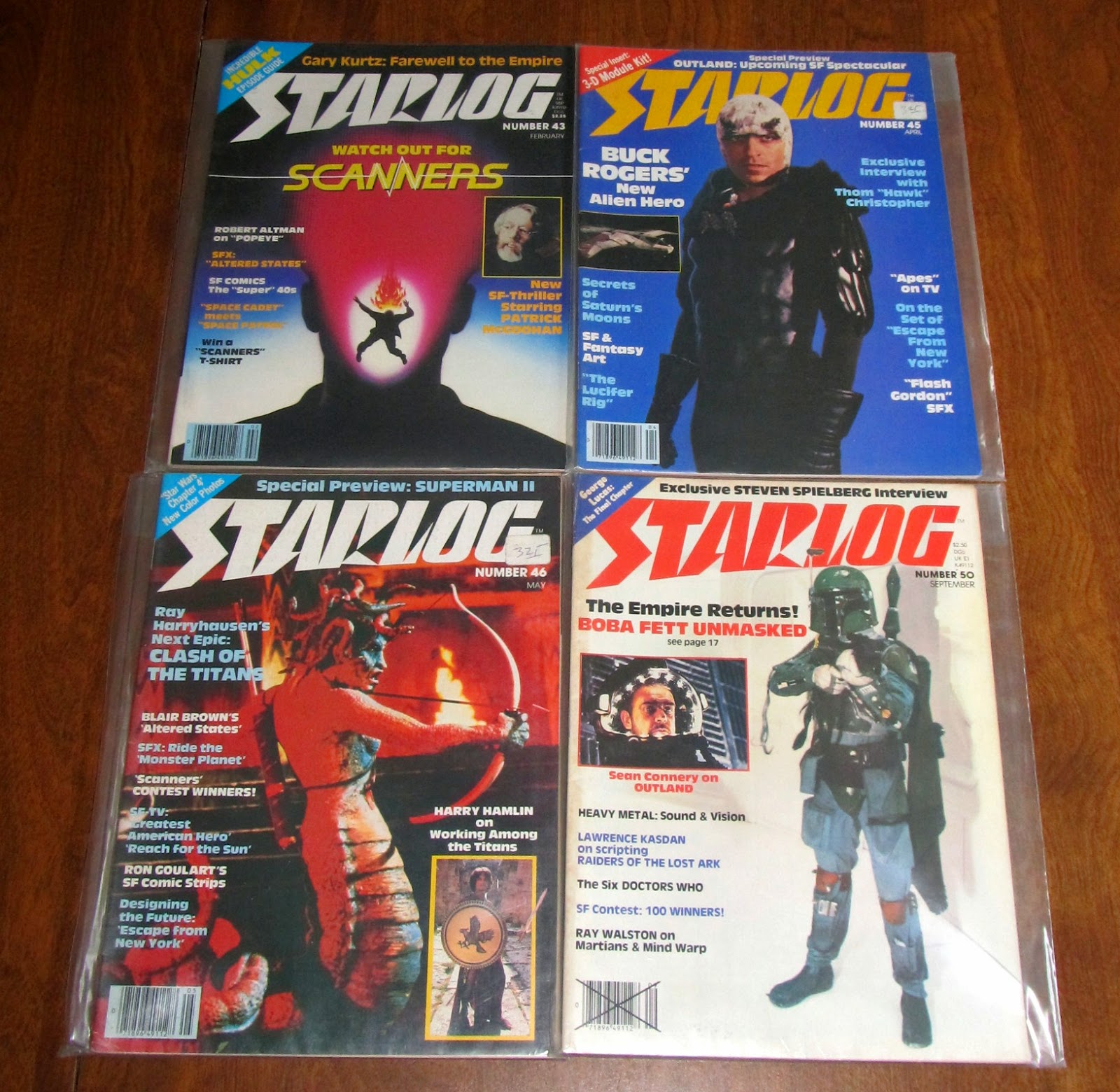 Some of my favorite covers here, between Boba Fett, Hawk from Buck Rogers, Medusa from Titans and Scanners all checking in! 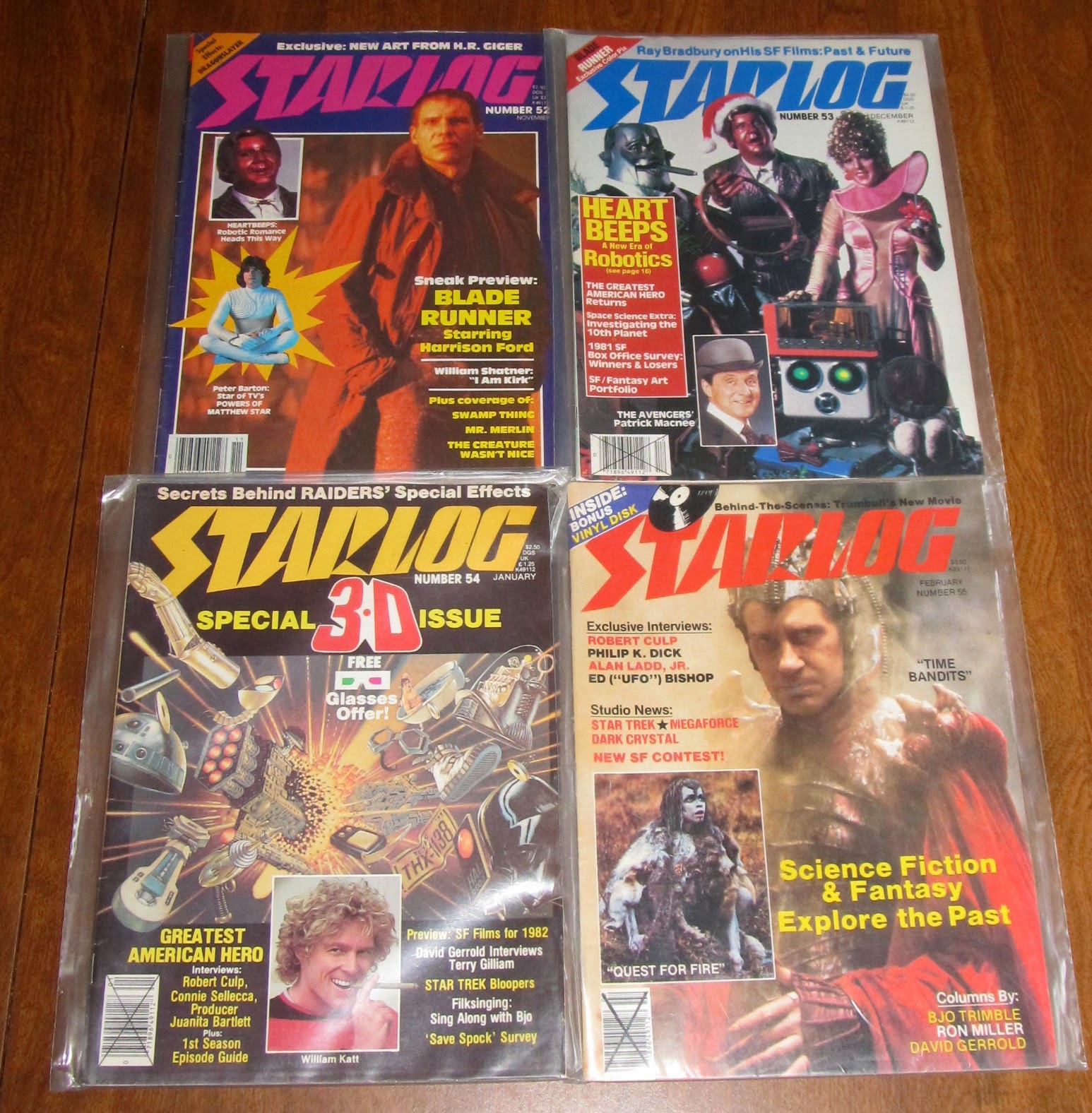 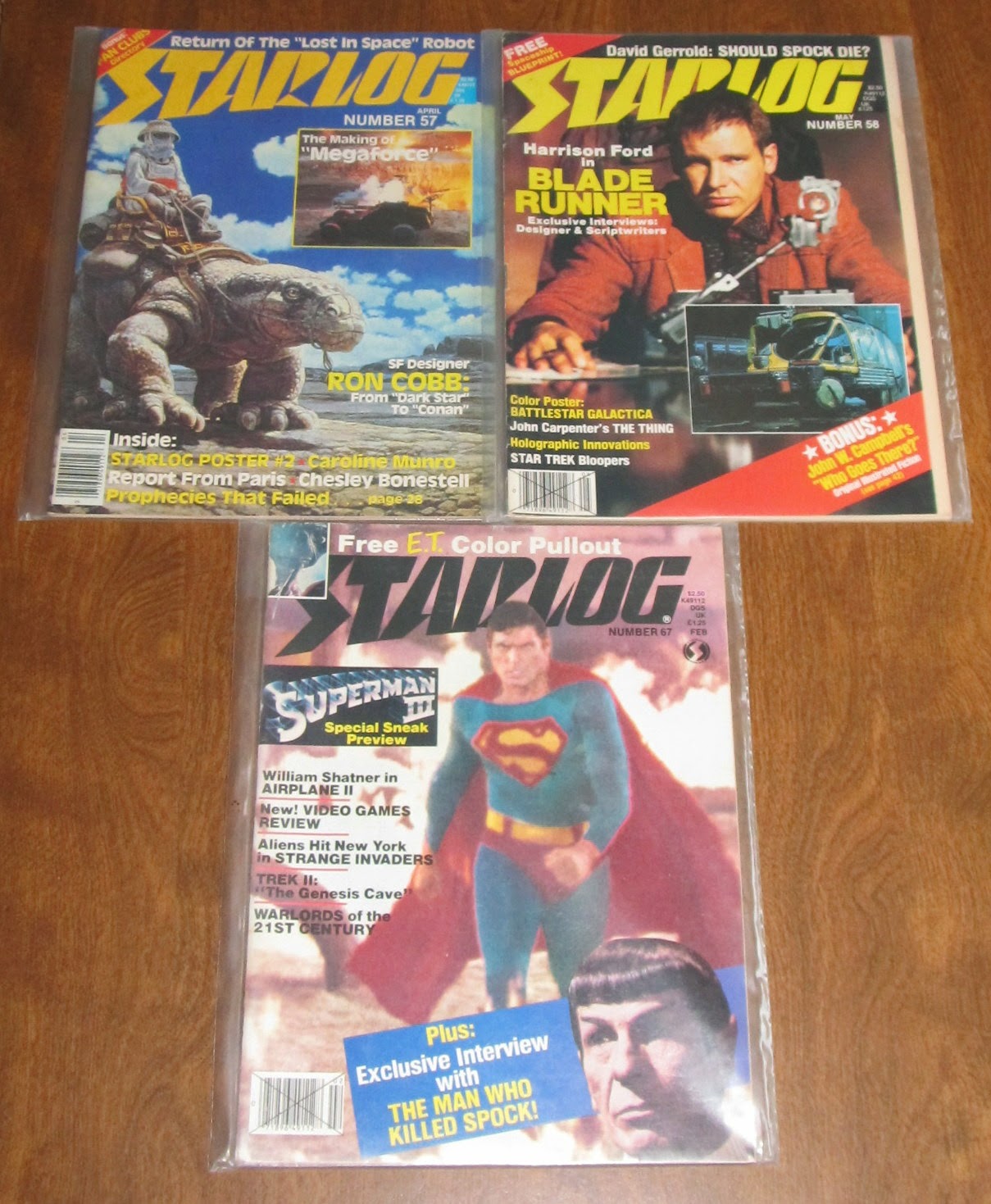 Still not sure what the cover art on the first one there is... but then we have Blade Runner and Superman III. Plus an interview with the man who killed Spock!?!? 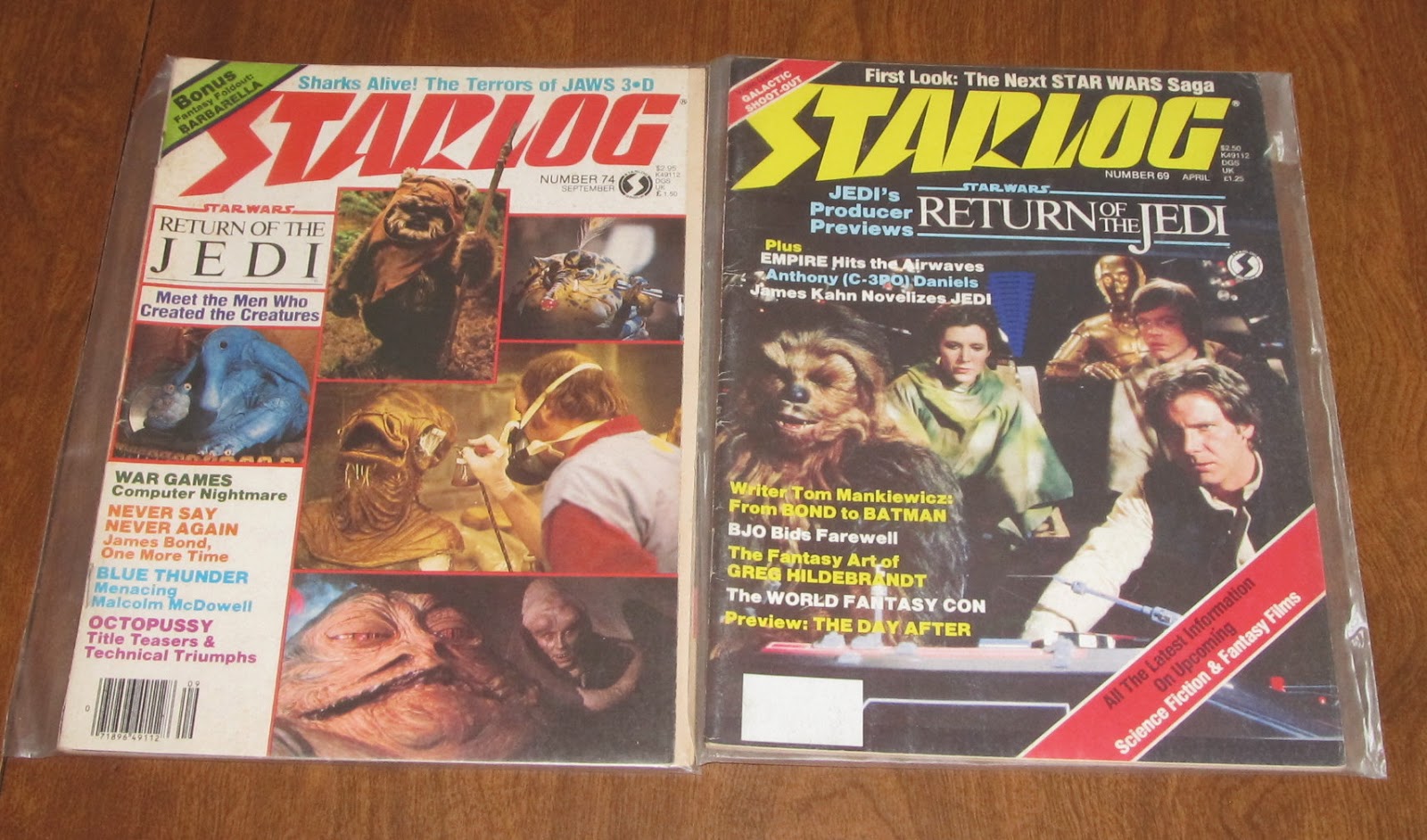 And finally, a pair of Return of the Jedi issues! Love me some Jabba! Honestly though, if you go back through all of these covers and read all of the little sub-headings for the articles held within you get an idea of what a geek-tastic time-capsule these issues actually represent! There are articles on Escape from New York and the Thing, on Altered States, War Games, E.T., Dark Crystal, Heavy Metal, and Swamp Thing! And that's just the MOVIES!!! These are so incredibly cool that I am chomping at the bit to get a chance to really pore over each individual issue. In the meantime, I wanted to look at some of the back-cover ads that caught my eye the most: 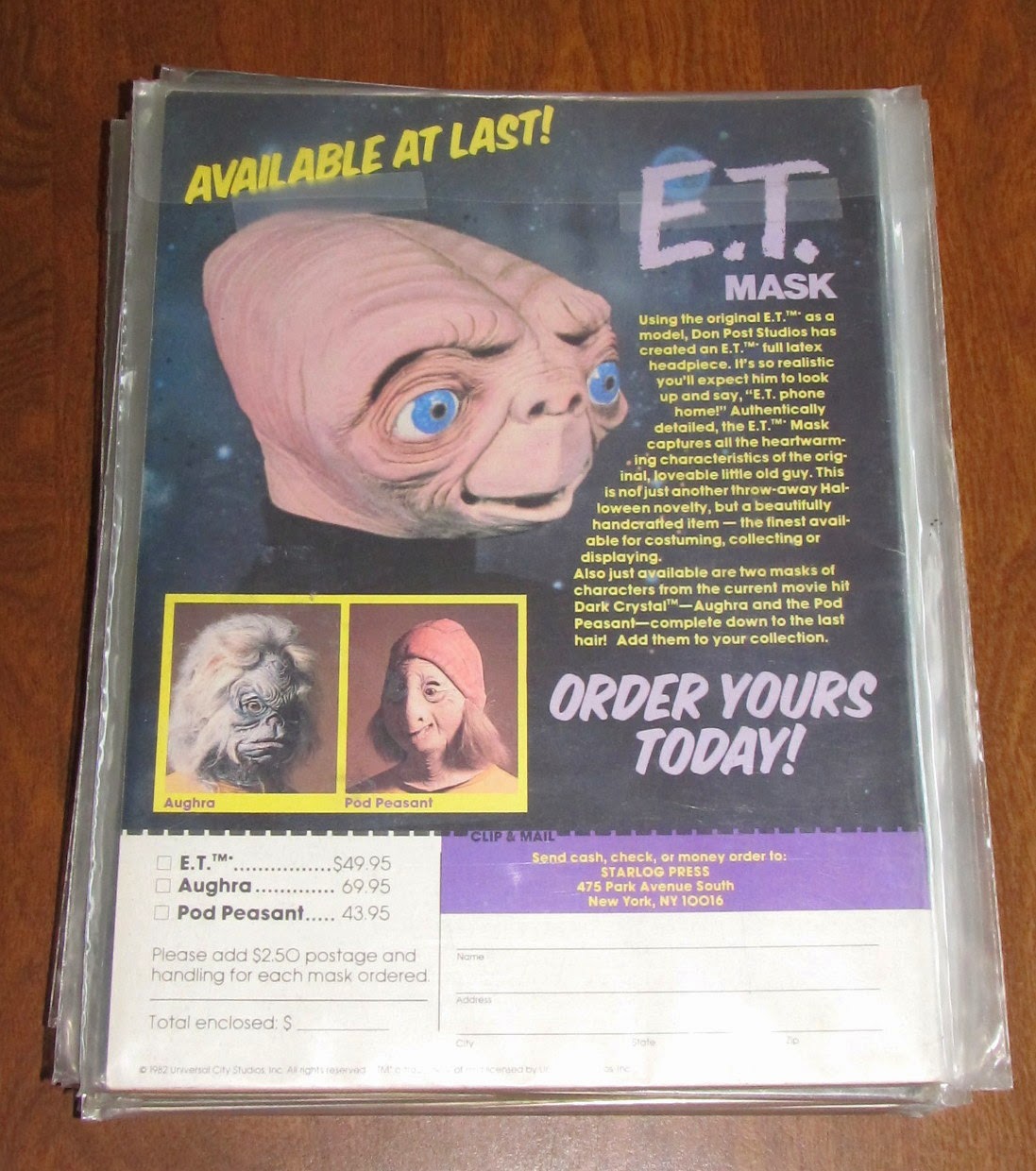 I don't know about you guys but I would have easily KILLED to get my hands on an Aughra mask. More importantly though is... where's the Skeksis mask? 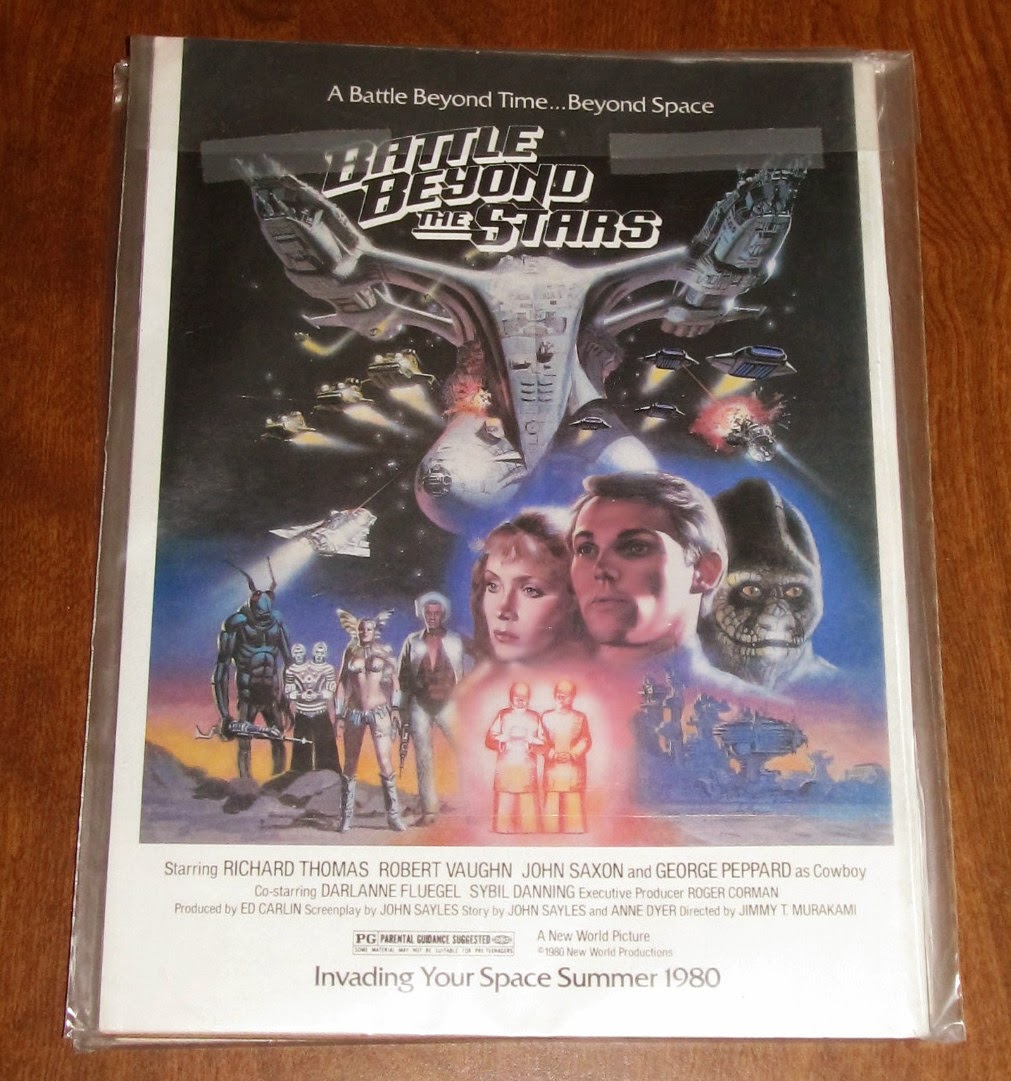 I have this movie in my Netflix queue currently. I don't REMEMBER ever seeing it... but now I simply cannot wait. 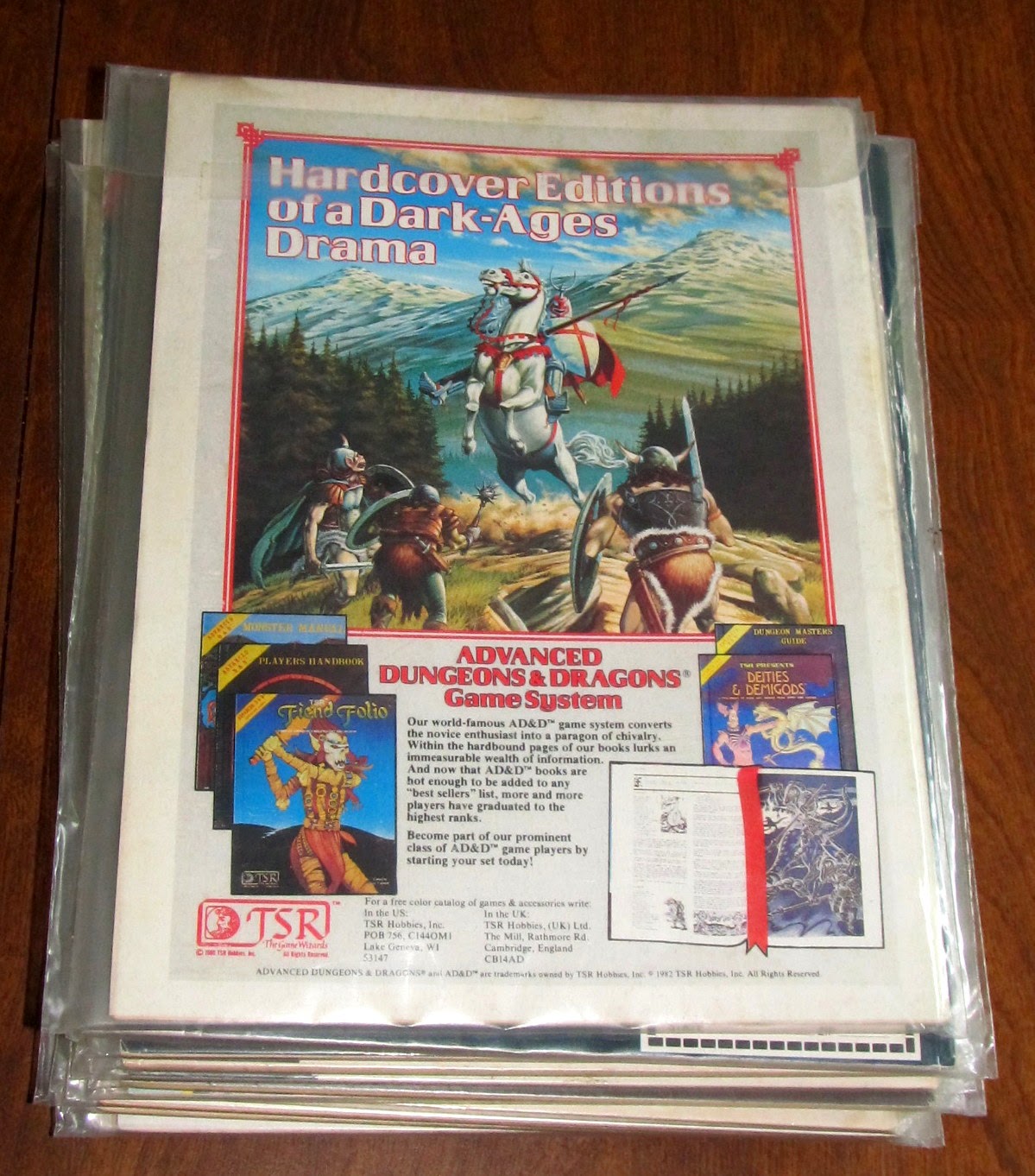 Advanced Dungeon and Dragons first edition books! I own all of those old monster manuals in the bottom left of the ad. Some of my absolute prized role playing possessions. And you can't beat an ad with a classic Larry Elmore painting! 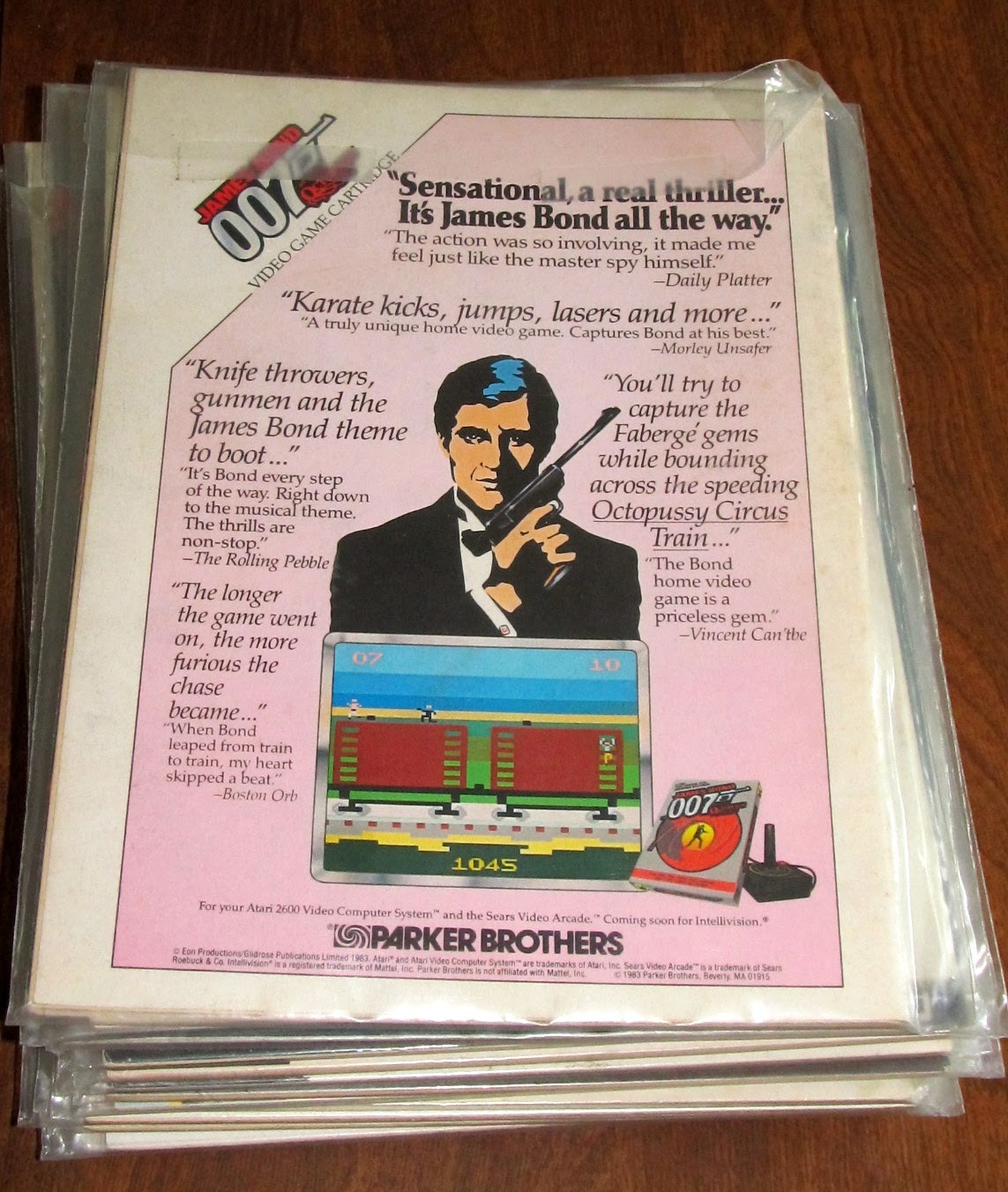 A James BOnd game for the Atari 2600? I bet it was SUPER high tech! 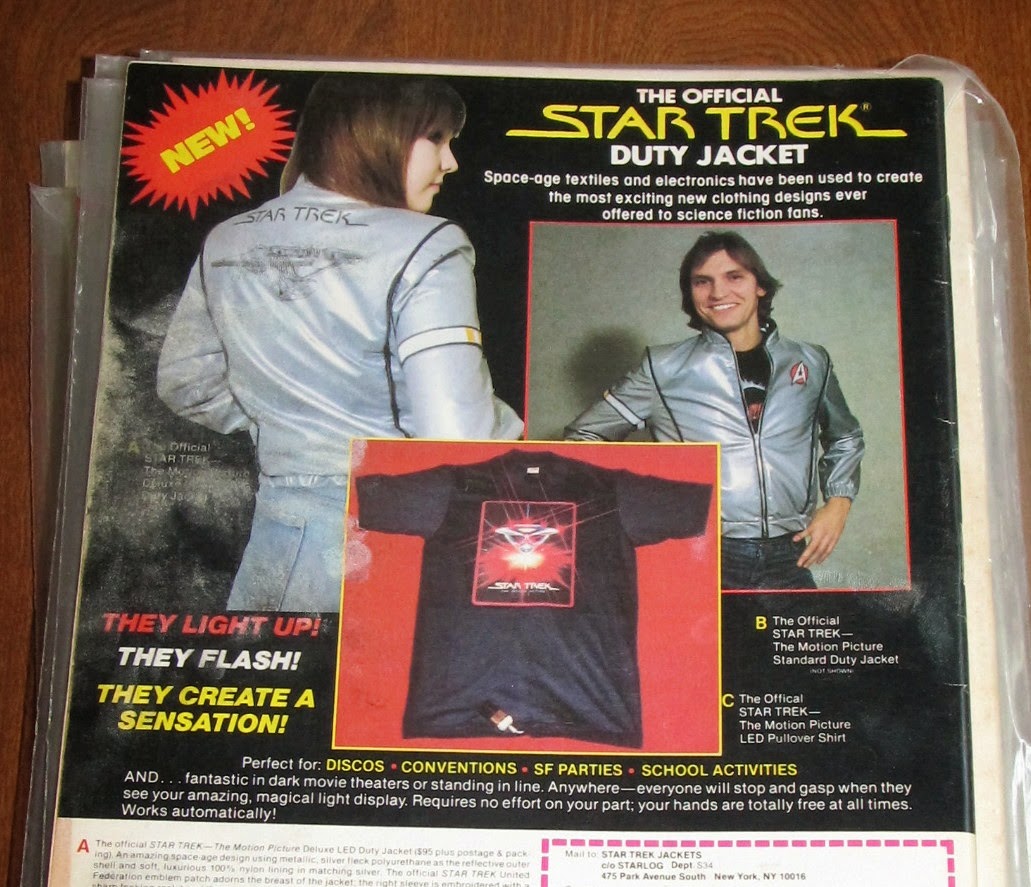 This LED light-up Star Trek duty jacket (or T-Shirt) is "perfect for: Discos - Conventions - SF Parties - and School Activities"? This was the 80's so the only school activities this thing would be perfect for is getting your butt kicked all over the playground.

I want to take another moment to thank @fourekkks once again for her generosity, and to point you not only to her instagram account (check it out by clicking her username in this post!) but also to the Tumblr she maintains over at Brainpan Malfunction which you should also bask in the glory of.

That's all I've got for tonight kiddos! I'll be back soon with some Geeky Goodwill Goodies! Until then, Happy Hunting!
Posted by Derek Ash at 9:33 AM