So... the last week and a half or so have been insanely busy for me, with my entire family coming down with what seemed to be the bubonic plague but what really turned out to be a nasty head/chest cold type thing... and a literal shit-ton of work related mania (maybe someday the Goodwill Geek will tell you what he does for a living...)

And in the mean-time the blog has dragged a bit. There have been other behind-the-scenes commitments I've made that will be coming to fruition very soon on here, and in general I think I'll be a bit more "back in the swing of things" within the next day or so...

With that being said, I'm going to kind of shoot off a quickie about a pile of movies I found several weeks back... like... last year back. Like slightly before Christmas I think. I just haven't found the time to shoe-horn them in. Every single one of these DVDs cost me 2.99 and I bought them all in one trip. 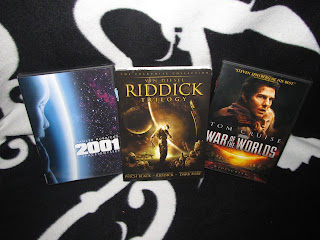 Here are three science fiction movies I brought home: Stanley Kubrick's "2001: A Space Odyssey", "The Riddick Trilogy", and the 2005 "War of the Worlds Remake" by Steven Spielburg, starring Tom Cruise.

Let the record show that the only movie in this pile I have seen and can form an opinion on is "War of the Worlds". I've never seen "2001" or any of the Riddick movies. I've heard "2001" is revolutionary (and I know almost everything about it from the Obelisk to Hal, thank you internet. I didn't ASK to know this stuff, but you're always putting it out there. Can't even really call them spoilers with a movie this old...), and "Pitch Black" is the only Riddick movie worth seeing.

"War of the Worlds" will get a lot of people rolling their eyes at me possibly, but I really enjoyed it. I loved the use of oppressive and claustrophobic elements throughout the story, I liked the family dynamics, I enjoyed the effects, and it's one of the few films that I can genuinely enjoy tom Cruise's performance in these days. 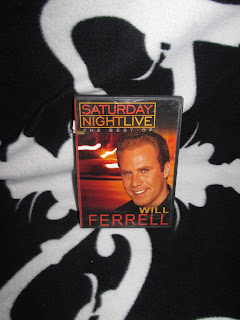 This is just a Best of Will Ferrell DVD from SNL. I'm never clamoring for this sort of thing, but I do like Will Ferrell's brand of crazy, so when I saw it, I bought it. 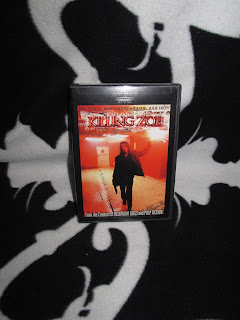 This... this is the REAL piece de resistance... "Killing Zoe". I looooove this movie from waaaay back. And it's one of those movies that I always meant to track down on Amazon or something someday, but just never did. To find it at Goodwill knocked me on my ass. If you haven't seen this partially French-language movie with Eric Stoltz and Julie Delpy about a bank-heist gone terribly complicated... you need to correct this as soon as you can. Directed by Roger Avery, and executive produced by Quentin Tarentino, I can genuinely say if you are a fan of crime-noir films with an indy vibe to them like Reservoir Dogs and the Usual Suspects, you will probably really dig this movie.

That's it for now, but I'll be back soon with more Goodwill Goodies! Until then, Happy Hunting!