2 Things I Learned Thanks to Daylight Savings TV

So thanks to Daylight Savings time this morning I was up abnormally early for a Sunday morning. Actually both my almost-2-year-old and I were the first 2 up and my wife followed along shortly thanks to the clock change.

So we camped out on the couch and explored the myriad options of early morning cable viewing. 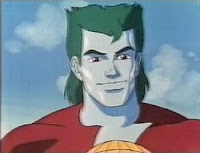 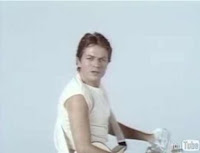 It changed my life.


See how after the jump!


It was during this period of watching TV that I learned two very important lessons: 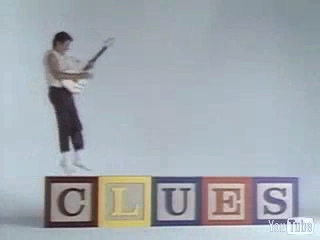 Watching VH1 Classic is never a bad idea. But early in the morning like that, they tend to pull some of the more obscure 80's "hits" out of mothballs. One of these we saw this morning was Rober Palmer's "Looking For Clues" which in and of itself is not a horrible song. It has the proper Robert Palmer vibe... sort of. It's not his best. But what was truly shocking about the video was Palmer's attire and demeanor. This was obviously in the days before Palmer had come up with his suited up shtick, because he was sporting a pair of what appeared to be sweat pants, some white ankle-high lace-up boots, and a white tank top.

This is not where the horror ends however. We are then subjected to a series of vignettes involving Robert Plamer bebopping his way across a series of mundane counter-top objects that he is dwarfed by. Including such exciting items as spare change, toy blocks, telephones

I couldn't find the original video on youtube, but I did find it on the internet. Please. Watch it.

What's funny is that once Palmer DID discover his awesome "Suit-Up!" philosophy, he REDID the video to fit his philosphical canon:

Robbing us of the image of Mr. Plamer holding a magnifying glass up to his mouth so we can see his teeth in hi-def. Ugh.

2. Captain Planet wants you to get a vasectomy:

No joke, there was an episode of Captain Planet on this morning called "Population Bomb" in which Wheeler, the Fire kid, spends and inordinate amount of time in nothing but his bathing suit, trying to rescue a nation of super-intelligent rats who had evolved into humanoids and started their own island colony.

The rats use slavery to help run their nation, and are reproducing to the point where they are using up all of their resources. They've developed super-advanced weaponry and technology, which eventually lead to the destruction of their island at the end... during which Captain Planet rescues the Planeteers... and then kind of shrugs and grins while an entire colony of super-intelligent rats is swallowed by the ocean.

Luckily, the whole thing turns out to be an incredibly detailed dream that Wheeler had while knocked out in a wind-surfing accident (which I find suspicious considering his team-mates control both wind and water...) 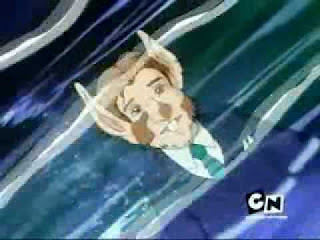 But the haunting final image we are served is one of Wheeler's dream-friend "Piebald" telling us, "My people and I are doomed. But yours can still be saved. Don't let this happen to you. Don't let there be more people than your world can hold." And how are we to do this exactly?
Well earlier in the episode we are treated to a conversation where all of the Planeteers except Wheeler all agree that population restrictions by the government are a good idea. Which leads to Wheeler's dream, and his eventual acceptance that population control is a good idea.

At the end of the episode during the "Planeteer Alert" he and Linka tell us: "When it's your turn to have a family," "Keep it small!" I... uh... what? This is a kids show teaching me about slavery, over-population, and pregnancy prevention?

So those were two things I learned this morning on Cable TV. Thanks Daylight Savings Time!

I learned a lot this morning. I'm going to be back very soon with more great Goodwill Goodies (I've been taking a little break since Halloween) so until then, Happy Hunting!
Posted by Derek Ash at 6:13 AM