A Trade With Adam Nori!

You know how I'm always cracking wise about how "timely" my posts are... like when I post about Christmas a month after the fact, or Valentine's Day in April or some crap? Well, yet again, this is one of those posts that are WAAAY past due, and this time it is almost criminally negligent.

I received a package from Adam Nori of Who Ya Gonna Collect, as well as the author of a book, Adventures of a Ghost Hunter, in which he details some of his career as a professional Ghost Hunter! It is safe to say that Adam has a bit of an obsession with 1) ghosts and 2) Ghostbusters.

I don't originally remember what put Adam and I in contact, but as happens with the many folks I interact with online, a trade of goods was discussed at one point. So we sent each other packages full of junk, and you can see what Adam ended up with over on his blog.

So I received my package from Adam sometime last SUMMER. Like in JUNE. So this one is WAAAY overdue. I genuinely owe Adam an apology because this one got forgotten about and I hate to think that he for a second thought that I wasn't INSANELY grateful to receive this package: 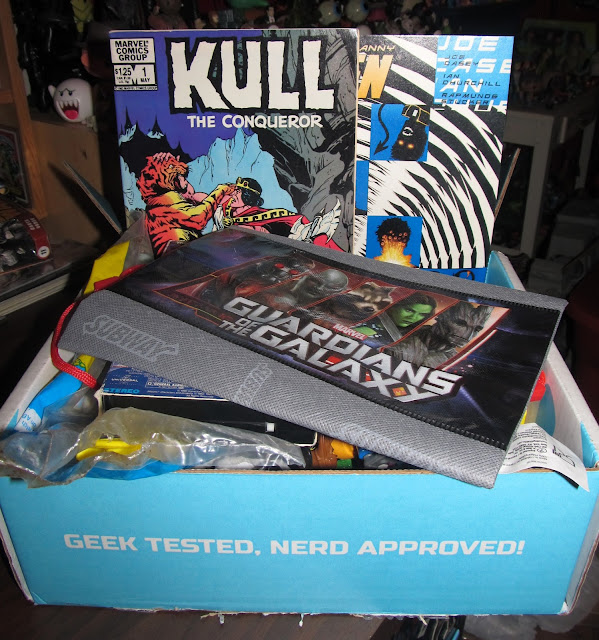 First off, kudos to Mr. Nori for repurposing his Nerdblock box for this package! He made a lot of stuff fit in this space! Let's explore. 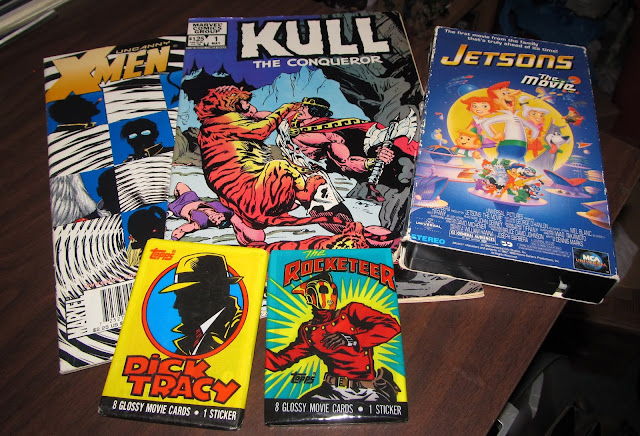 Comic books, trading cards, and VHS tapes are all standard-issue staples for these sort of trades. A lovely assortment was included, and if I'm playing favorites, that pack of Rocketeer cards had me drooling at first sight! 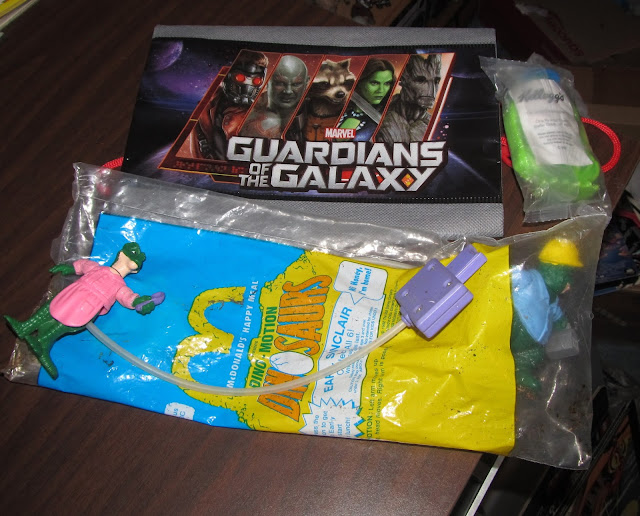 There were some awesome fast-food and cereal premiums in the box, including this Guardians of the Galaxy bag from Subway, and these Dinosaurs toys from McDonald's! In an ultimate act of heresy, I removed the hoses from Fran and Earl and used them as figurines on mt Henson shelf (they go back in pretty easily, so I'm not too worried). 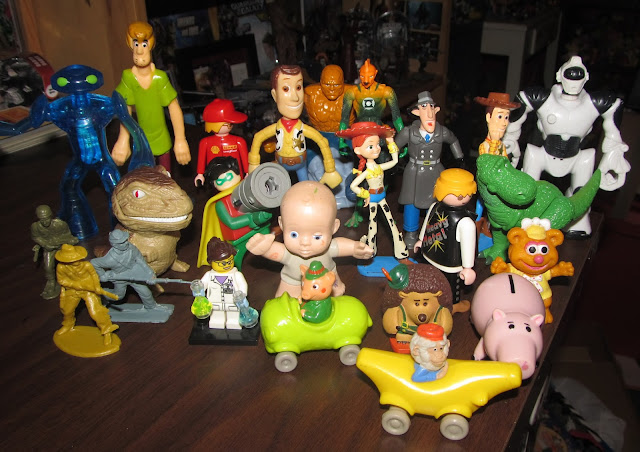 So many toys!!! Here's the first of three pics detailing all of the toys included. If I had a gun to my head and had to pick some faves from the picture above, I'd single out bendable Shaggy, the Inspector Gadget figure, and the two Busy Town cars in the very front. But there's so much here! Muppet Babies! Toy Story! LEGO! 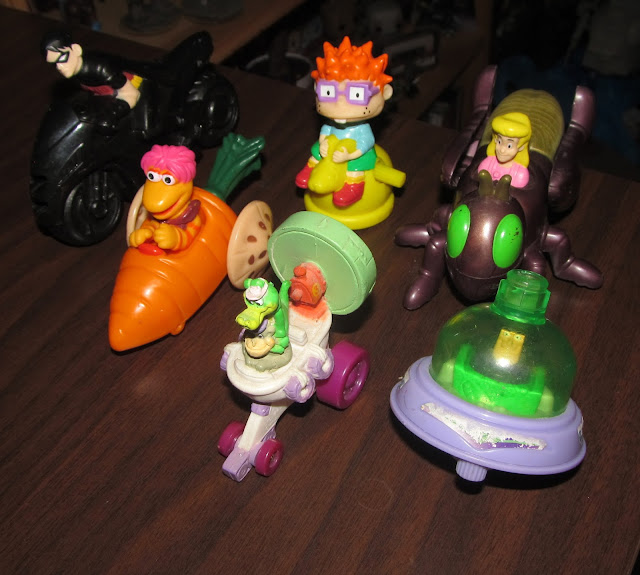 This fleet of vehicles is AMAZING! from some awesome Hanna Barbera characters, to Fraggles, Rugrats and Robin... But again, if I'm being super honest, my absolute FAVE in this shot is Snaps of the Burger King Kids Club riding a purple cricket/grasshopper/locust/something. I already have Kid Vid riding a scorpion and I/Q riding a millipede, so now that I have Snaps, I only need two more toys to complete the set! (Jaws riding a Spider, and Boomer riding a dragonfly, if you're curious...) 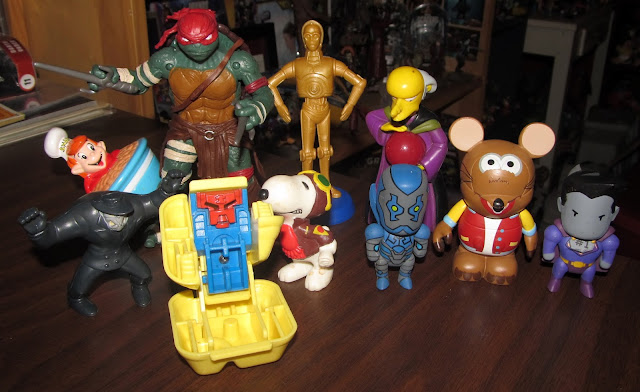 Finally, I sorted out some of the crème de la crème of the package for this final shot. I now officially own one of the movie-Turtles which I've been eyeing but not pulling the trigger on. The C3-PO is a bobbler and looks great on my Star Wars shelf. Solomon Grundy, Snap from Rice Krispies, a McDonald's Changeable, Snoopy in his flying Ace outfit, a Rizzo Disney Vinylmation Muppets toy, a Mr. Burns from the Burger King Treehouse of Horror line, and a couple of DC Scribblenauts, Blue Beetle and Bizarro are all welcome additions to a bunch of other collections I have stacking up in the Geek Cave.

This package was SUPER generous, and full of fun! I can't thank Adam enough for sending me these things in exchange for the box of junk he received!

I'll be back soon with some Geeky Goodwill Goodies to share! So until then, Happy Hunting!