Halloween Countdown Day 21: A Trip to the Bangor Goodwill

Halloween is sliding into single-digits-away territory, and I still have some posts to show you about recent Halloween finds. Today I want to show off some stuff I brought home from the Bangor store a few weeks back. 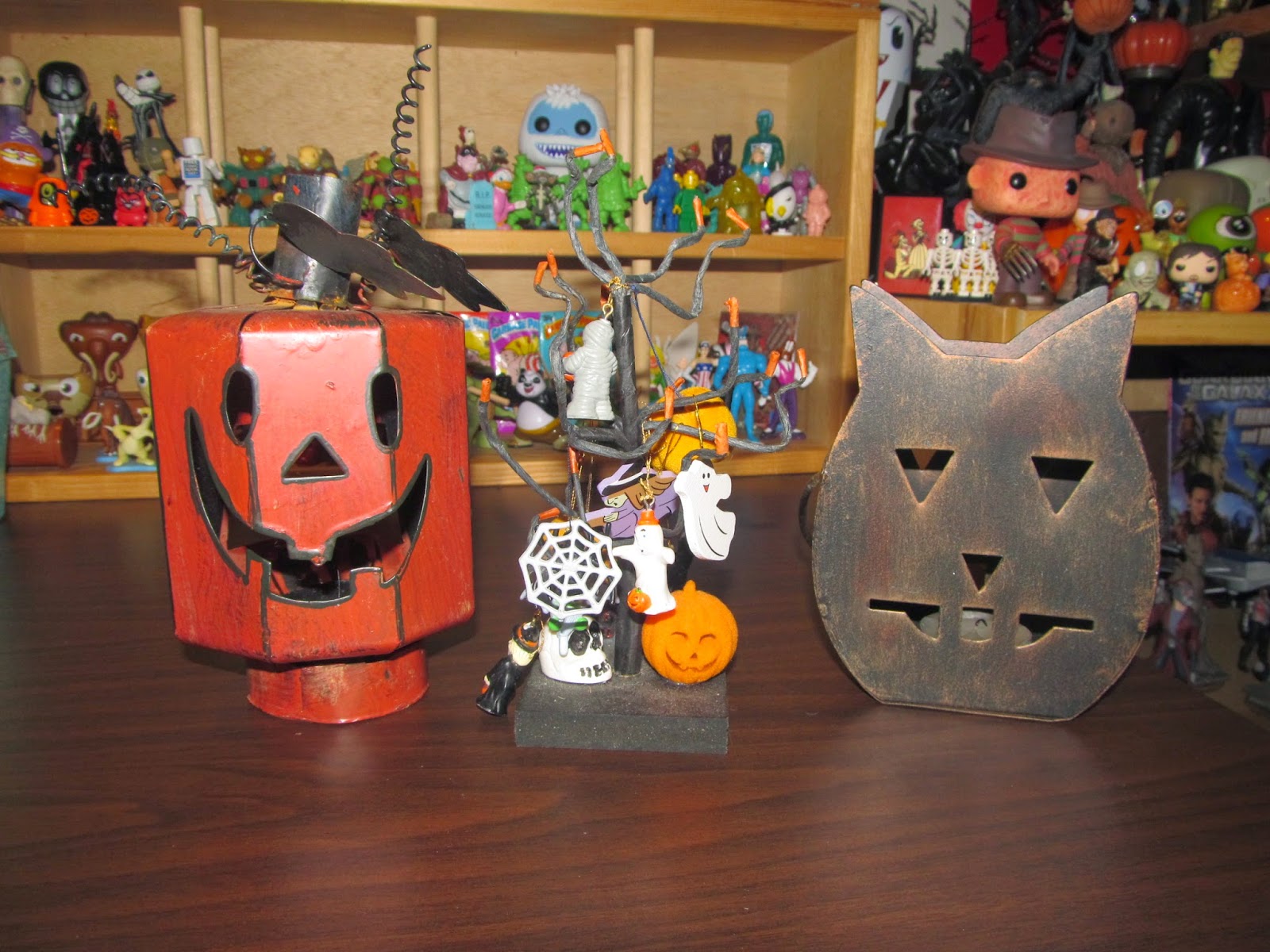 First up there was this lot. Goodwill has been LOUSY with hanging metal jack-o'-lanterns lately, and I wanted to pick up a handful to hang from the porch roof. Here you can see a couple of them flanking a tiny Halloween tree complete with ornaments that I also picked up. 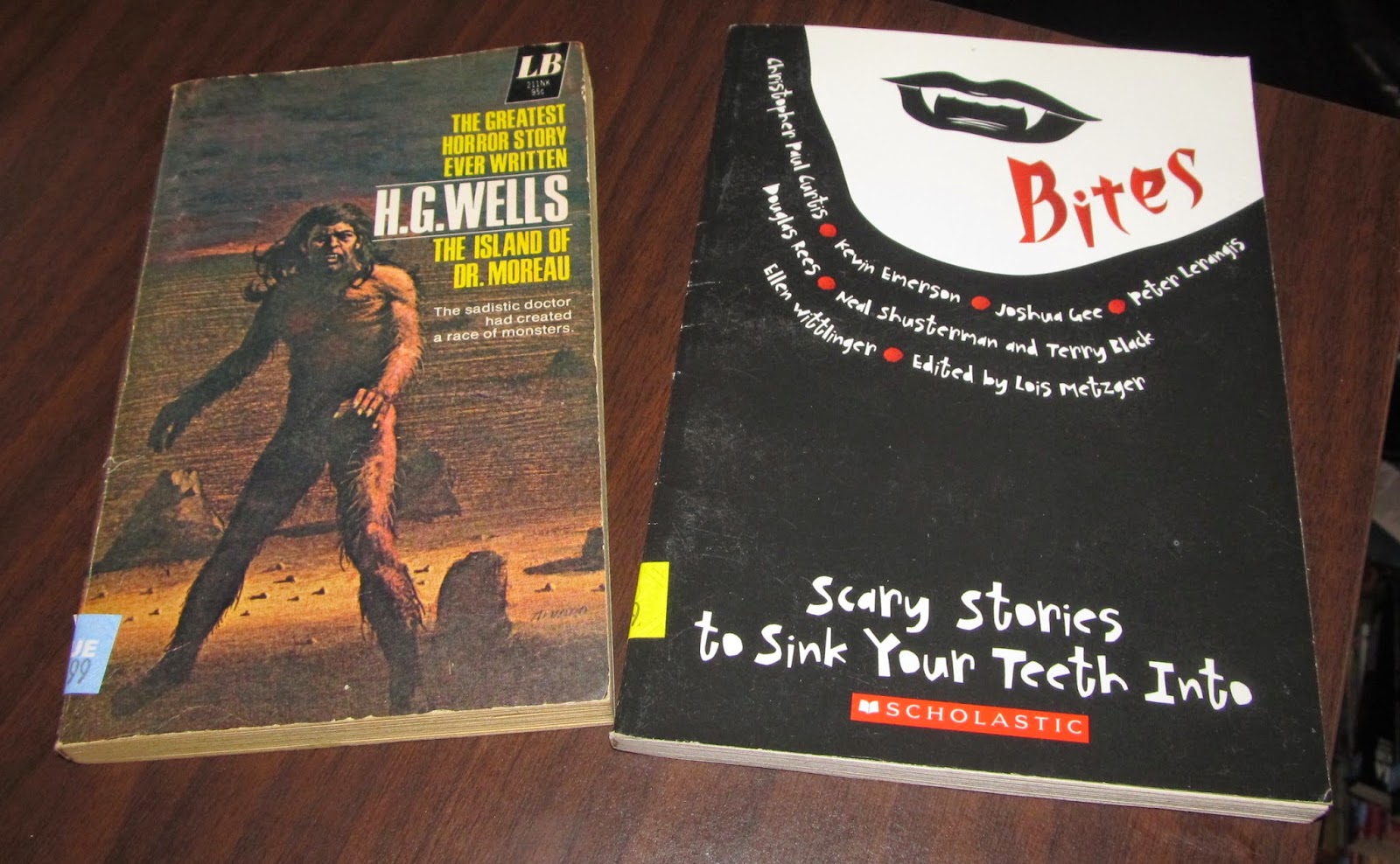 I featured the cover of this copy of H.G. Wells's The Island of Dr. Moreau in my recent spooky pulp-covers post. But I also picked it up because I genuinely want to read the story at some point. The odds of the next book, Bites being read is going to go up extremely high extremely soon because it is the next book in my Halloween read-pile. As I may have mentioned before, September and October are my Halloween-read-pile months, and I am trying to squeeze as many anthologies into the mix as I can. I've had great luck so far (mostly) and I hope to get at least this one more book read before Halloween gets here! 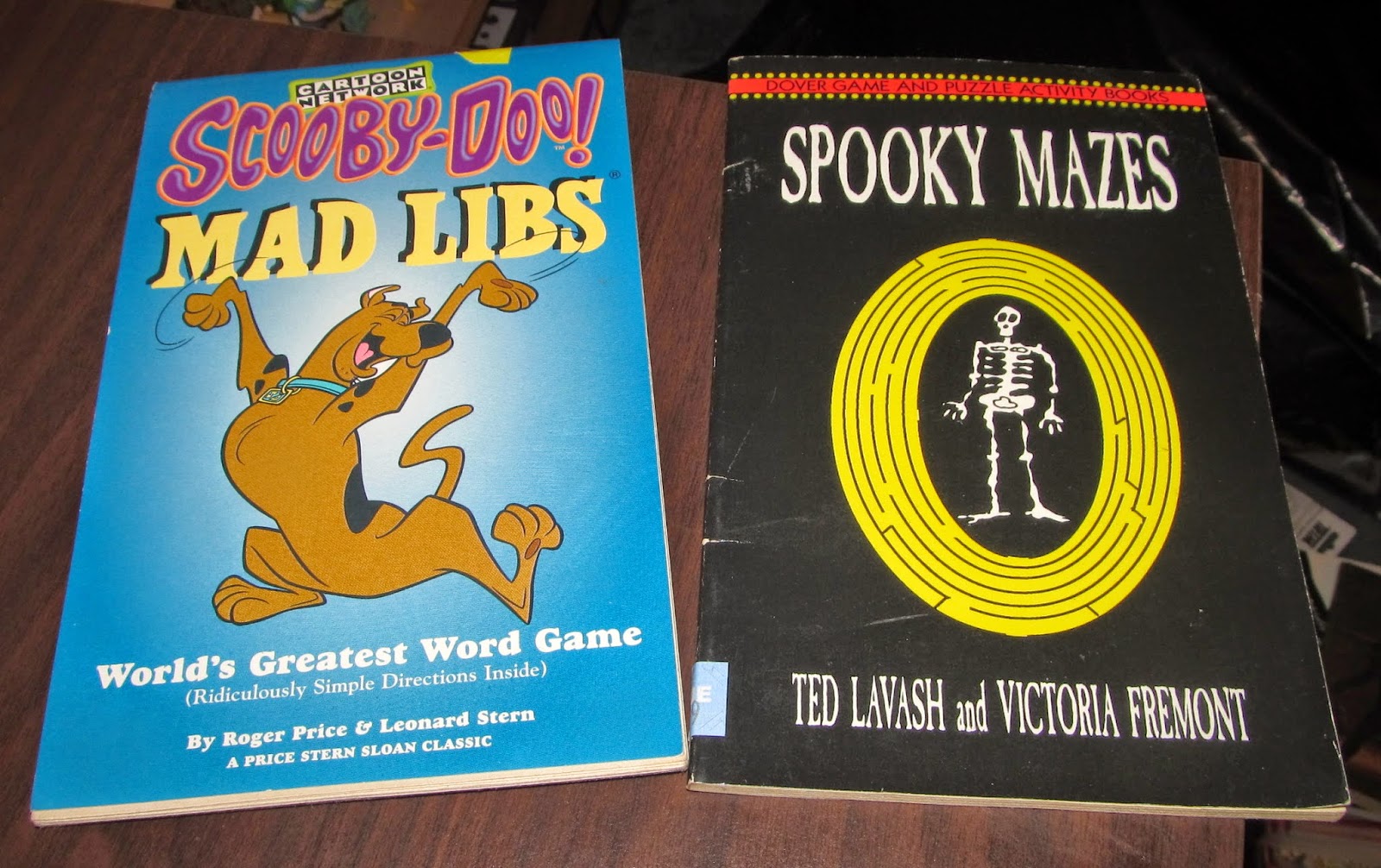 A couple of fun Halloween-y gaming books here in the form of Scooby-Doo Mad Libs (I love that there are "Ridiculously simple directions inside"), and a book of Spooky Mazes! 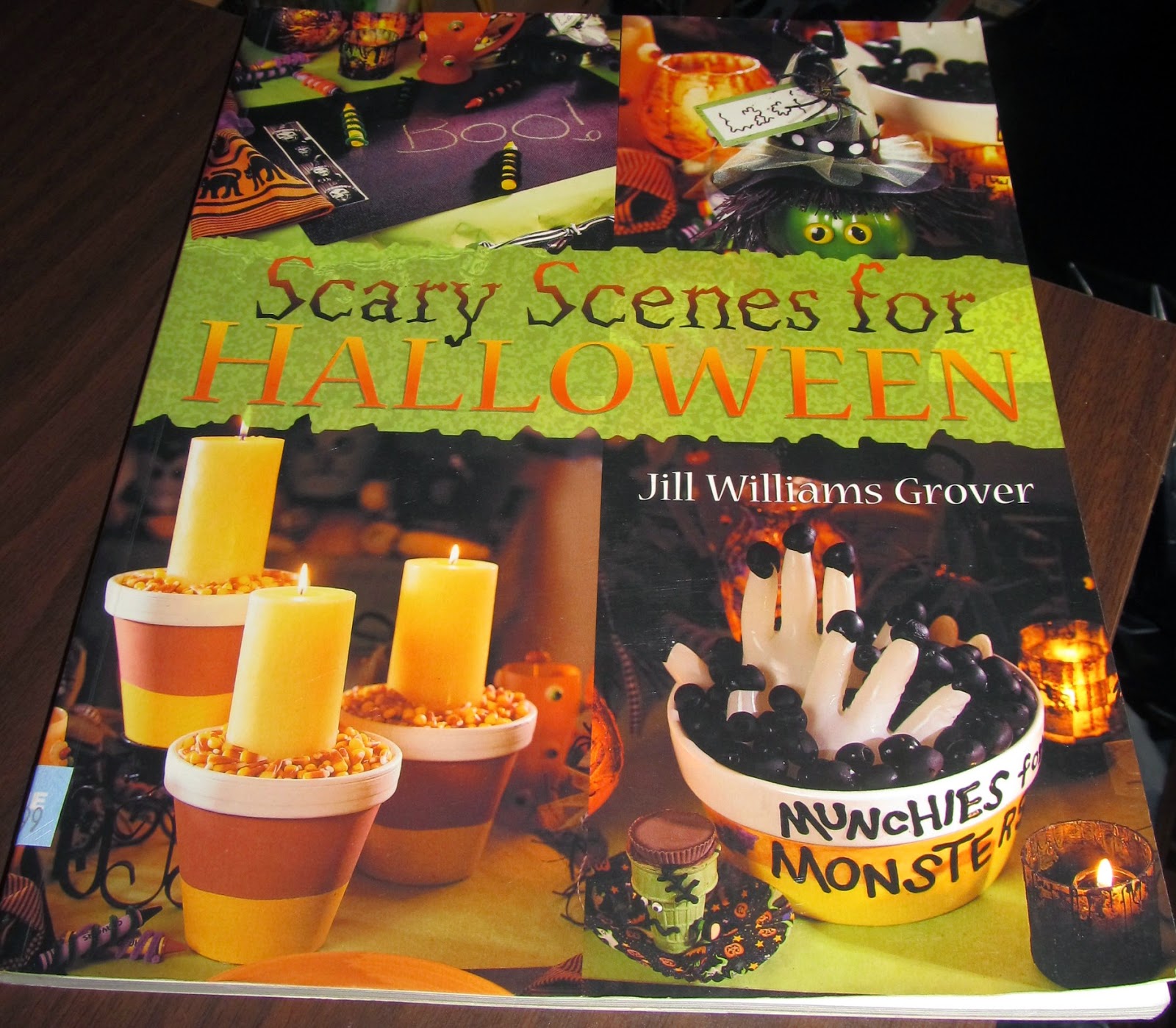 I don't usually go nuts over Halloween craft books for the most part, because so many of them often turn out to just be patterns upon patterns for sewing your own bat wings or Princess dresses. But this one has a nice blend of crafts that look genuinely cool for Halloween. 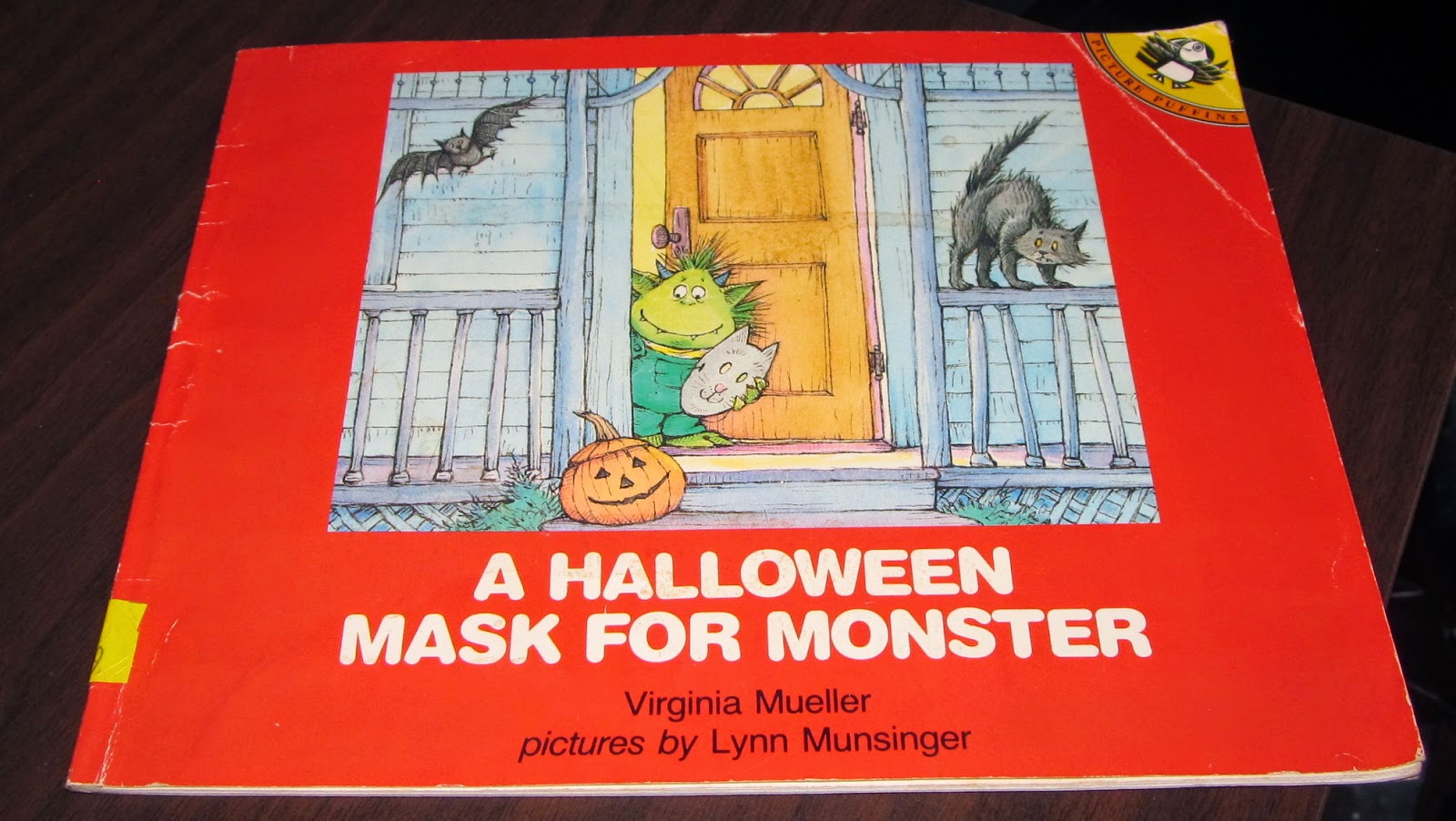 A Halloween Mask For Monster was a cute little Halloween book that got my boys laughing ridiculously hard when they saw the following pictures: 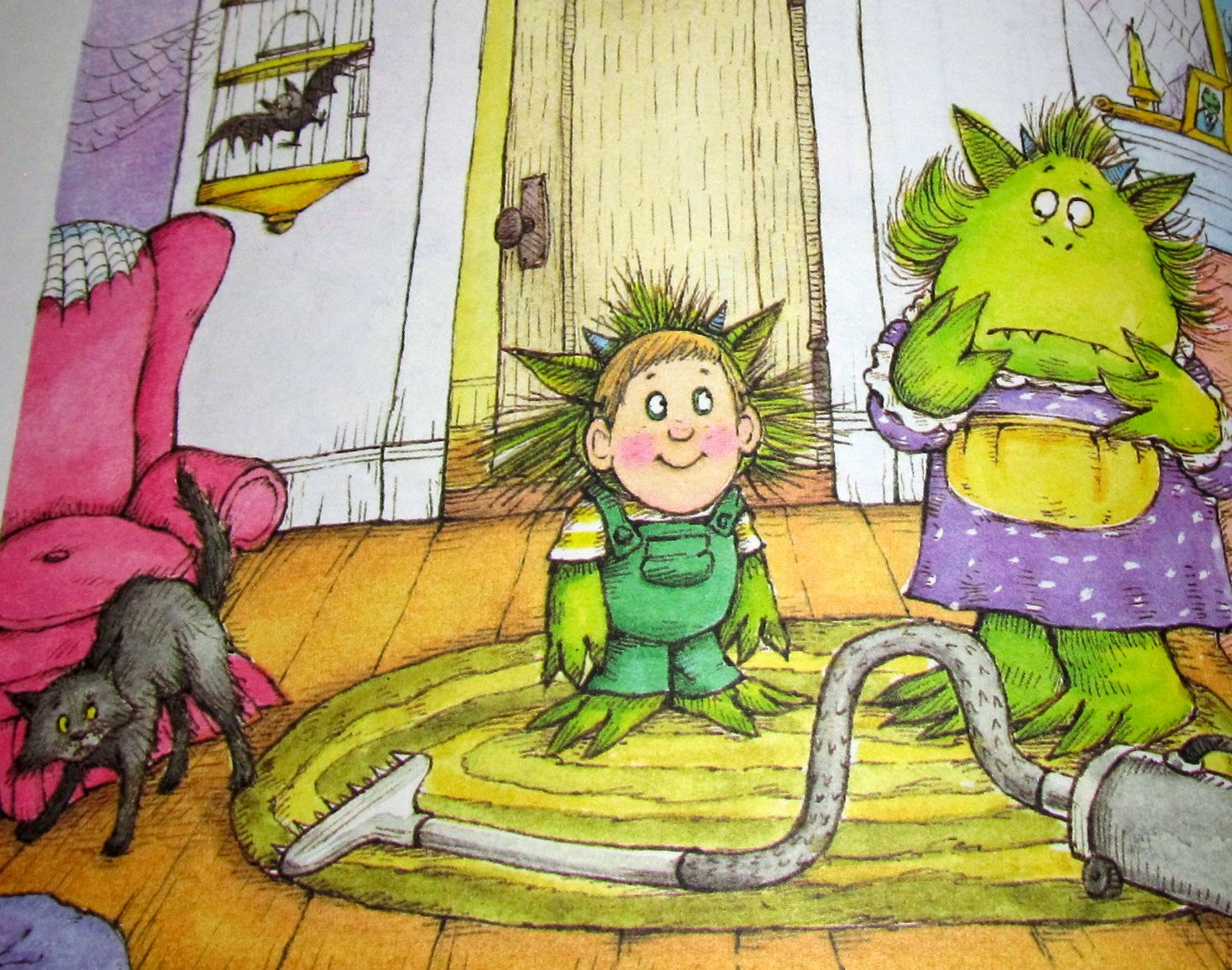 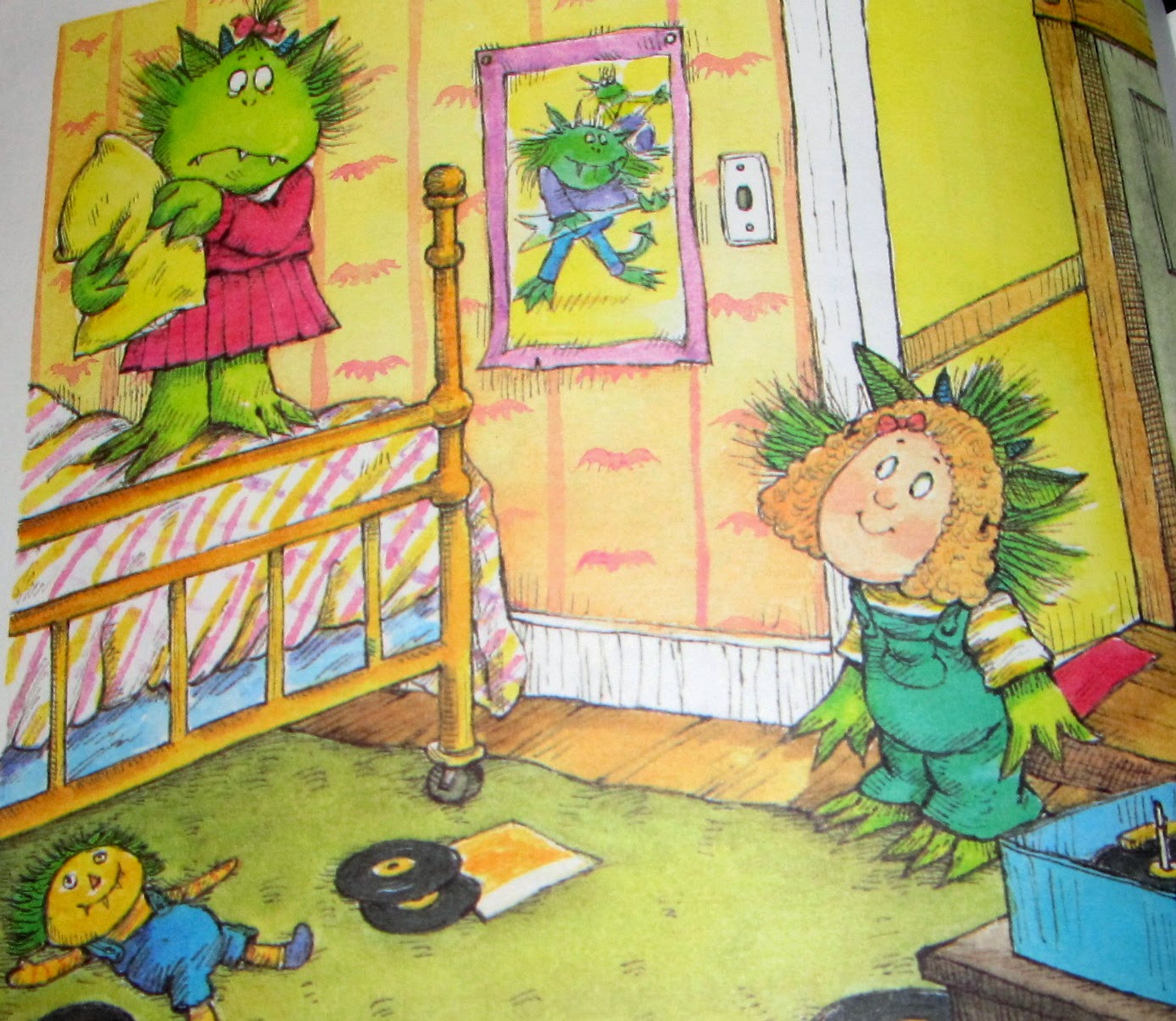 I personally side with the monsters in the book and find these masks utterly skin-crawling. In the end Monster finds ALL the masks too scary and just goes as himself. But he's living in a world full of monsters he's just that kid with no costume... and according to the Swinging Neckbreakers: No Costume? No Candy. I would turn that kid away empty handed. 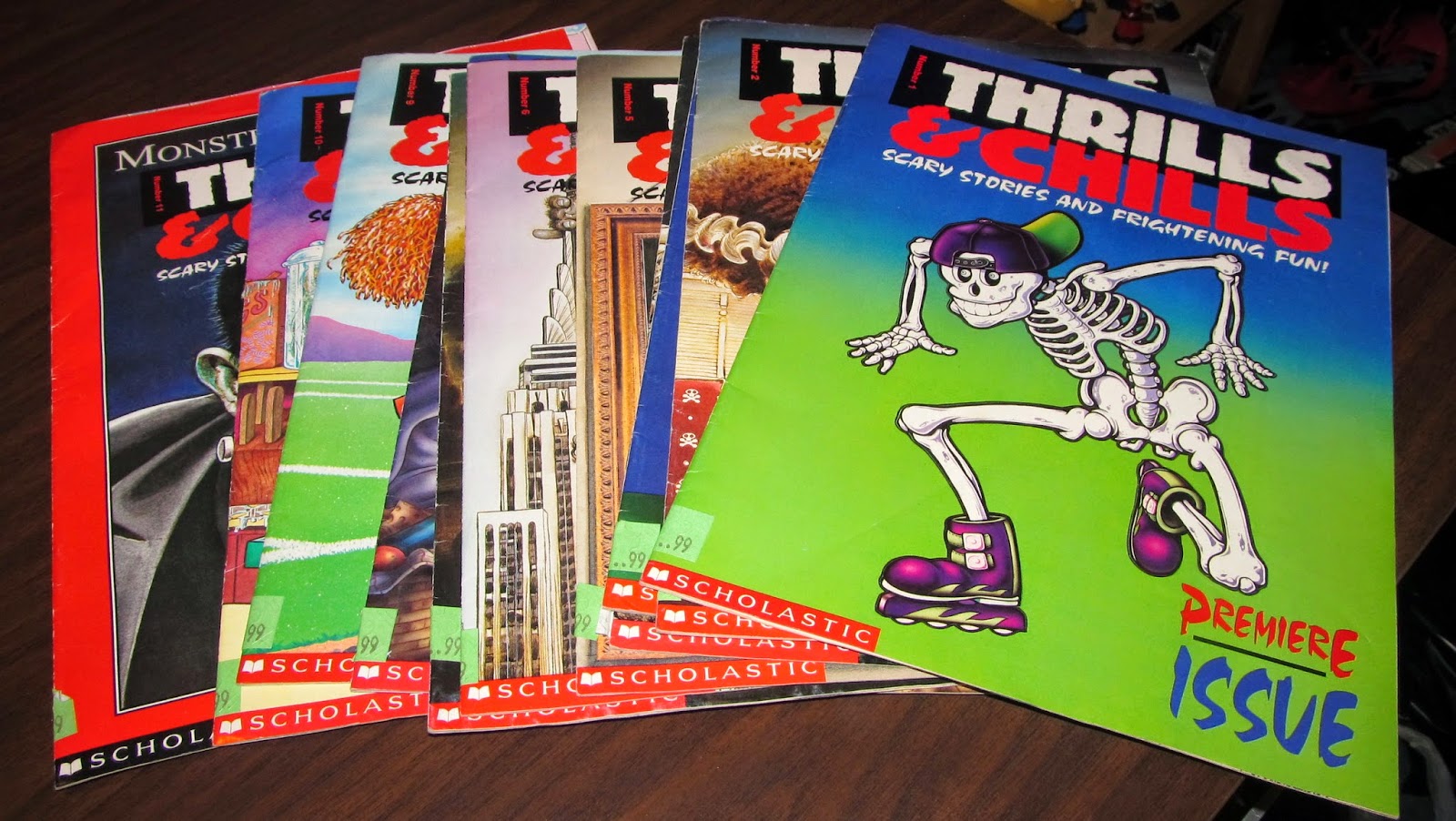 One of the best treasures I picked up was this set of Thrills & Chills Magazine from Scholastic back in 1994. I plan on dedicating an entire post to these things... so keep an eye peeled! 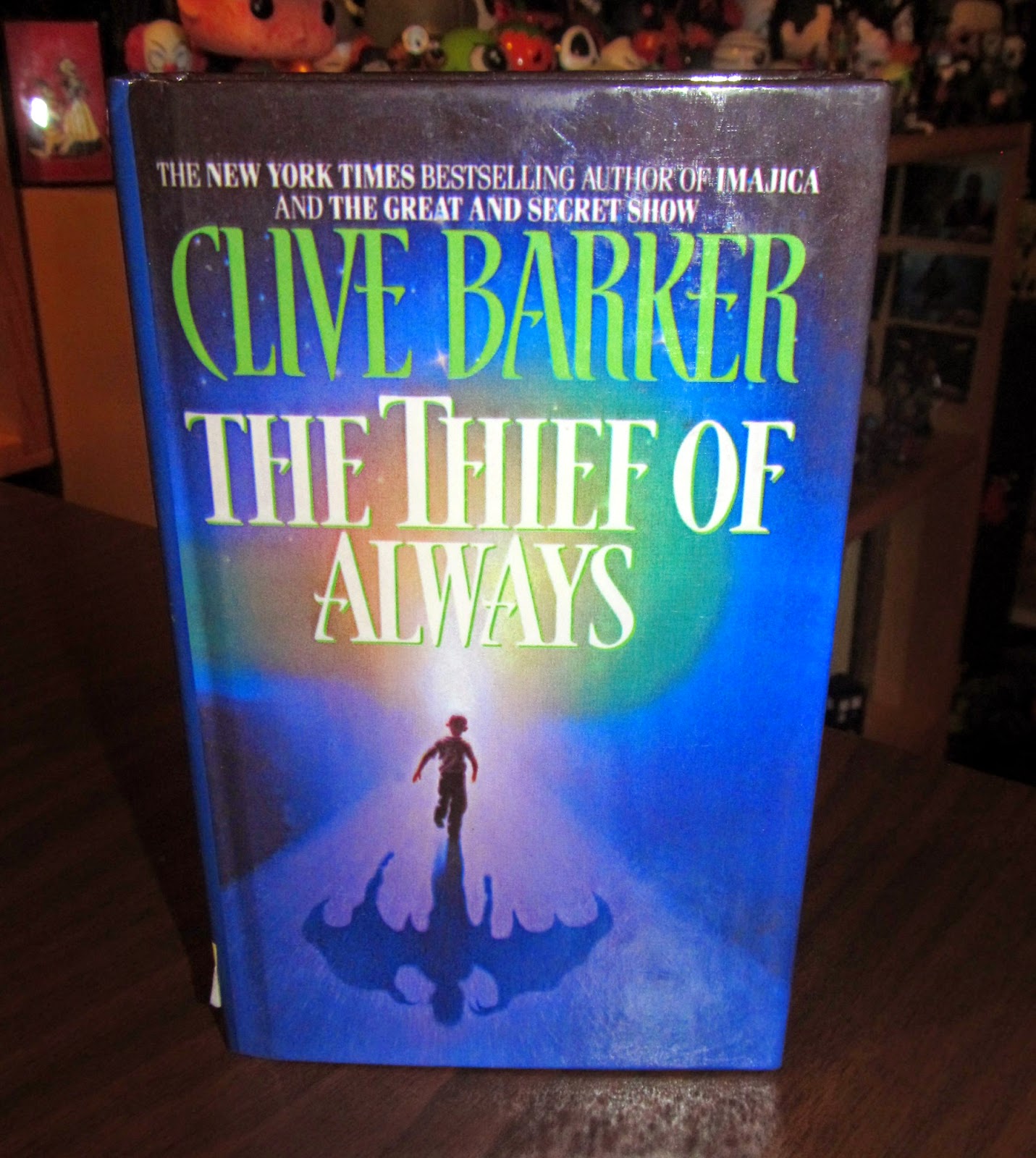 Clive Barker's The Thief of Always is not a specifically "Halloween" book in and of itself, but there are Halloween elements to it (as well as several other Holidays) and tells an eerily similar tale to Neil Gaiman's Coraline which is also an amazing book (I am quietly compiling next year's Halloween read-pile, which I believe will contain both of these).

Barker both wrote and illustrated his story of children who are tempted away to the "Holiday House" where they wake to Christmas presents, go on Easter Egg Hunts, eat Thanksgiving Dinner and then go Trick-or-Treating every single day they stay there. But there is a sinister motive behind this children's paradise... as there always must be. 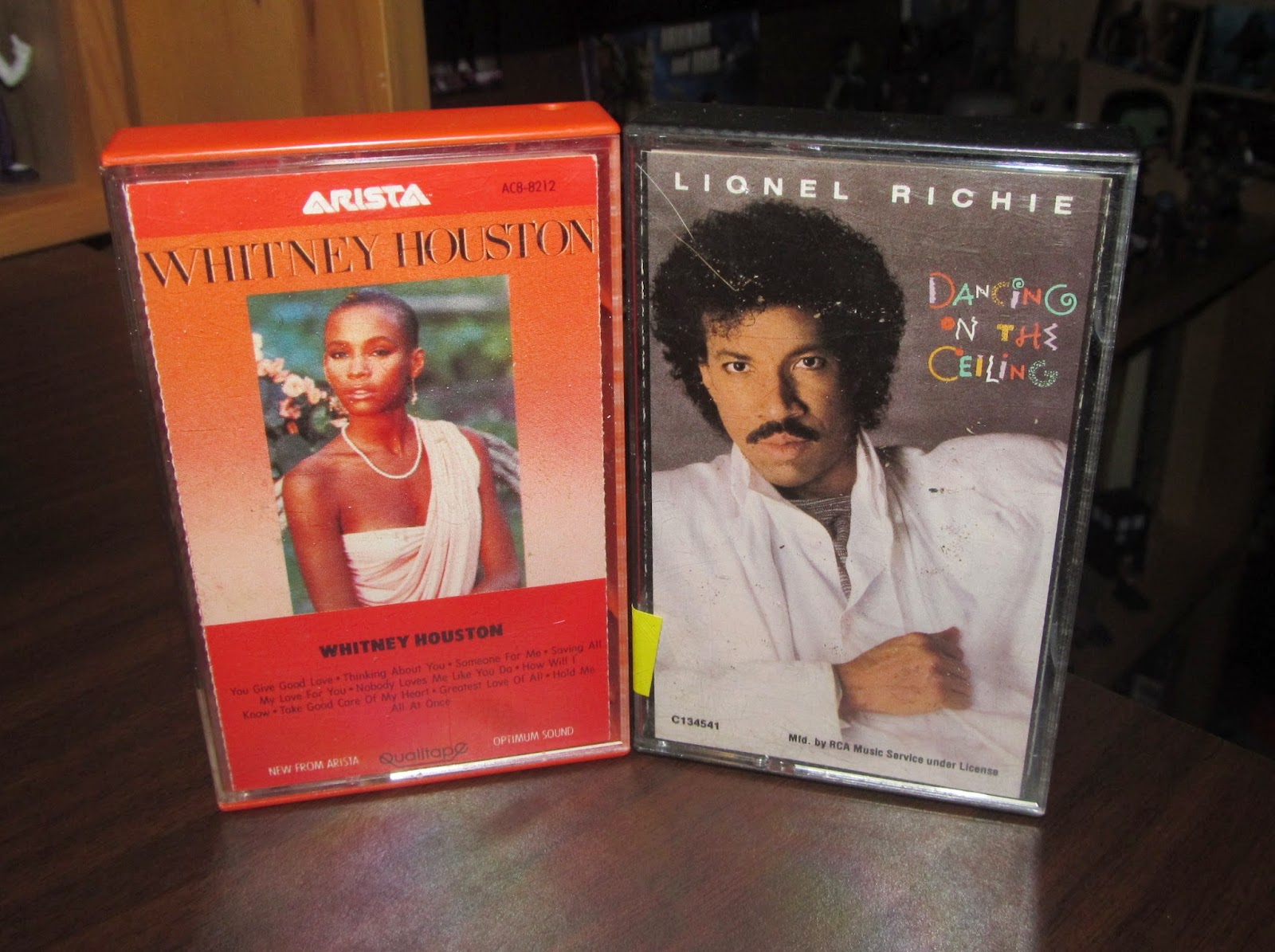 Next, to the distinctly NON-Halloween items I found during this trip, I picked up yet more old cassette tapes for my burgeoning collection. Both Whitney Houston's self-titled album and Lionel Ritchie's "Dancing on the Ceiling" are old favorites of mine, though I would never have admitted that back in highschool. 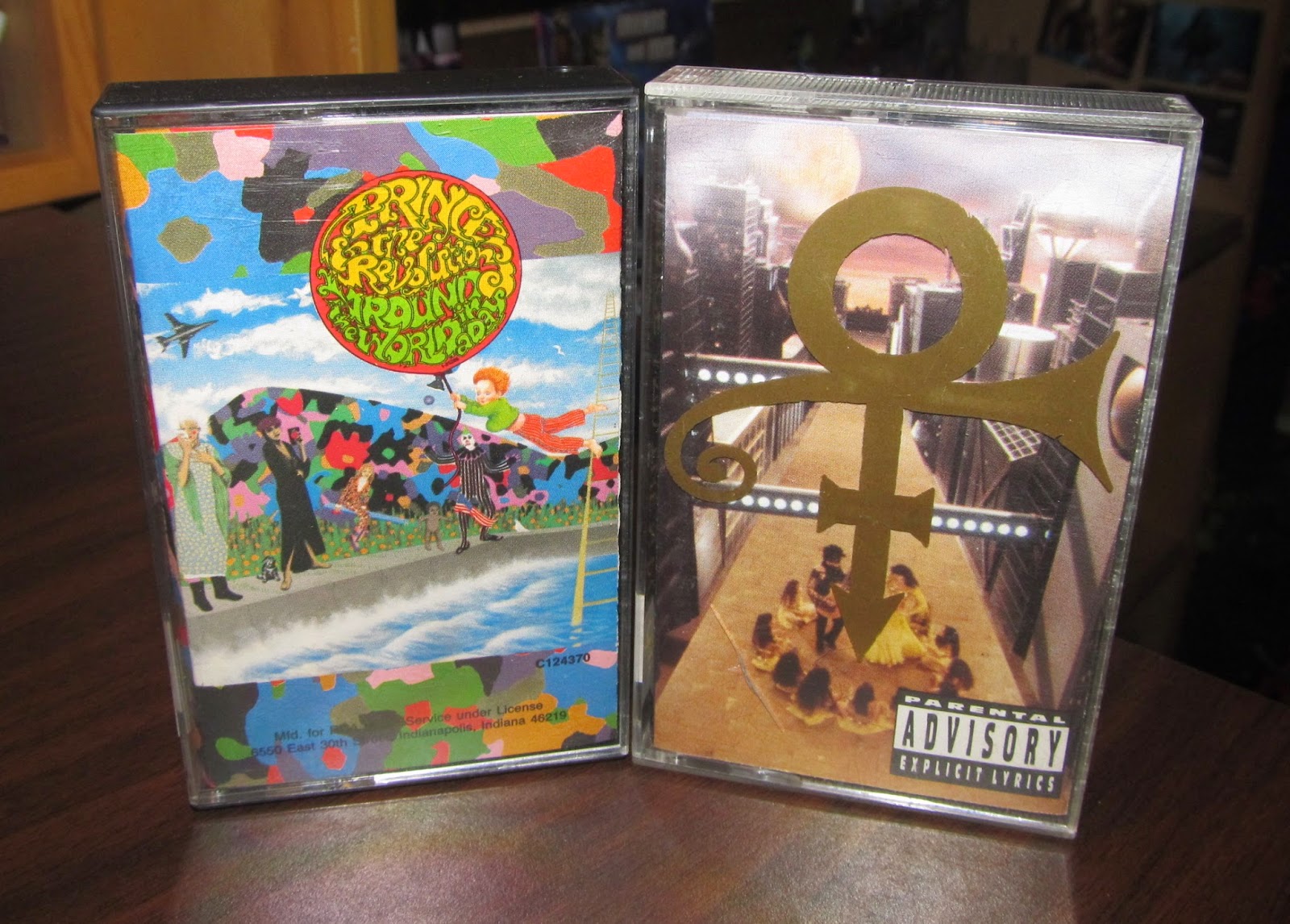 I found a couple more of Prince's albums on tape as well, which I will never NOT buy. "Around the World in a Day" and "The Love Symbol Album" are now permanent members of my collection. 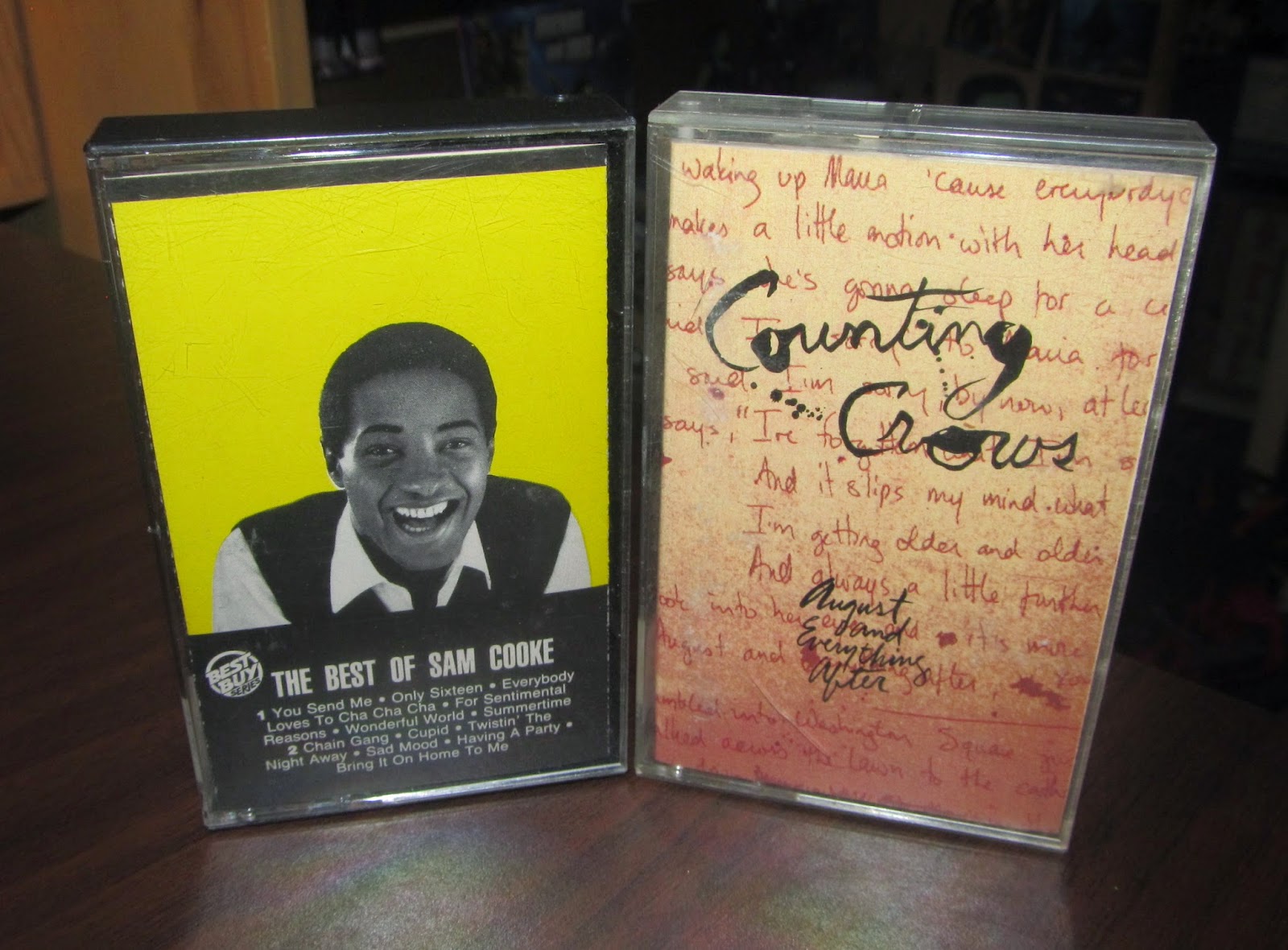 And what an odd couple we have here! The best of Sam Cooke is pretty much an ingrained part of my high school soundtrack. Almost every single song on this album is a good one. And I was OBSESSED with Counting Crows, and mainly the "August and Everything After" album though I continued listening to them up to when "Hard Candy," their fourth album came out, which I also liked. I still occasionally listen to Counting Crows although I feel like I should be listing it as a guilty pleasure? But I don't care. Fake dreads or not, I like the music. 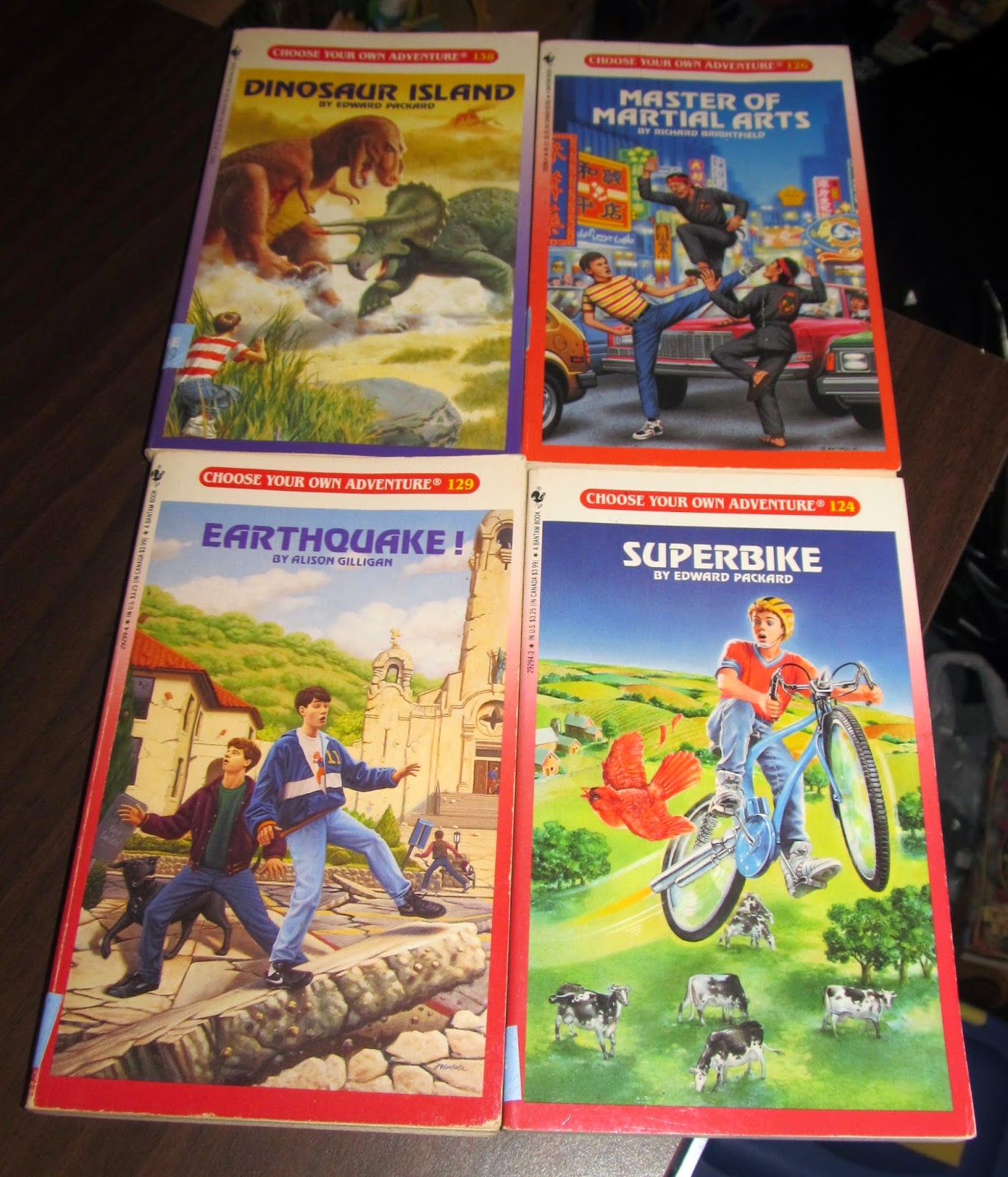 I found this foursome of Choose Your Own Adventure books, Dinosaur Island, Master of Martial Arts, Earthquake!, and Superbike. All great additions to the collection, and with a story about a Super bicycle waiting for me to read/play it... how can I go wrong? 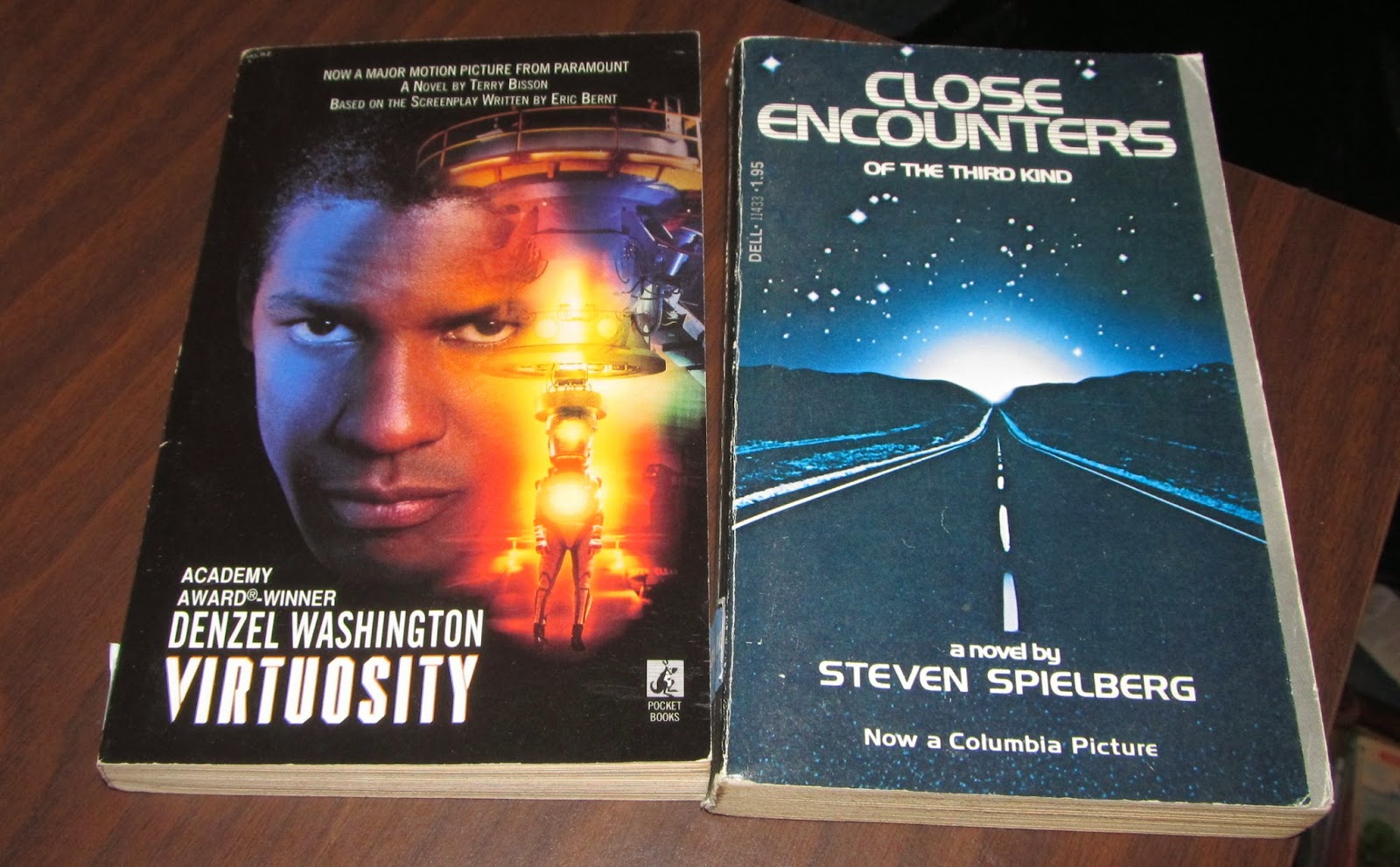 A couple of novelizations in Virtuosity and Close Encounters of the Third Kind (which I already owned but this is an older copy with photos inside the cover... so it has replaced my original copy). Virtuosity is the first movie I ever remember seeing Russell Crowe in. I remember vaguely liking it? Now I kind of want to track the movie down again and see how ridiculous it is by today's standards. 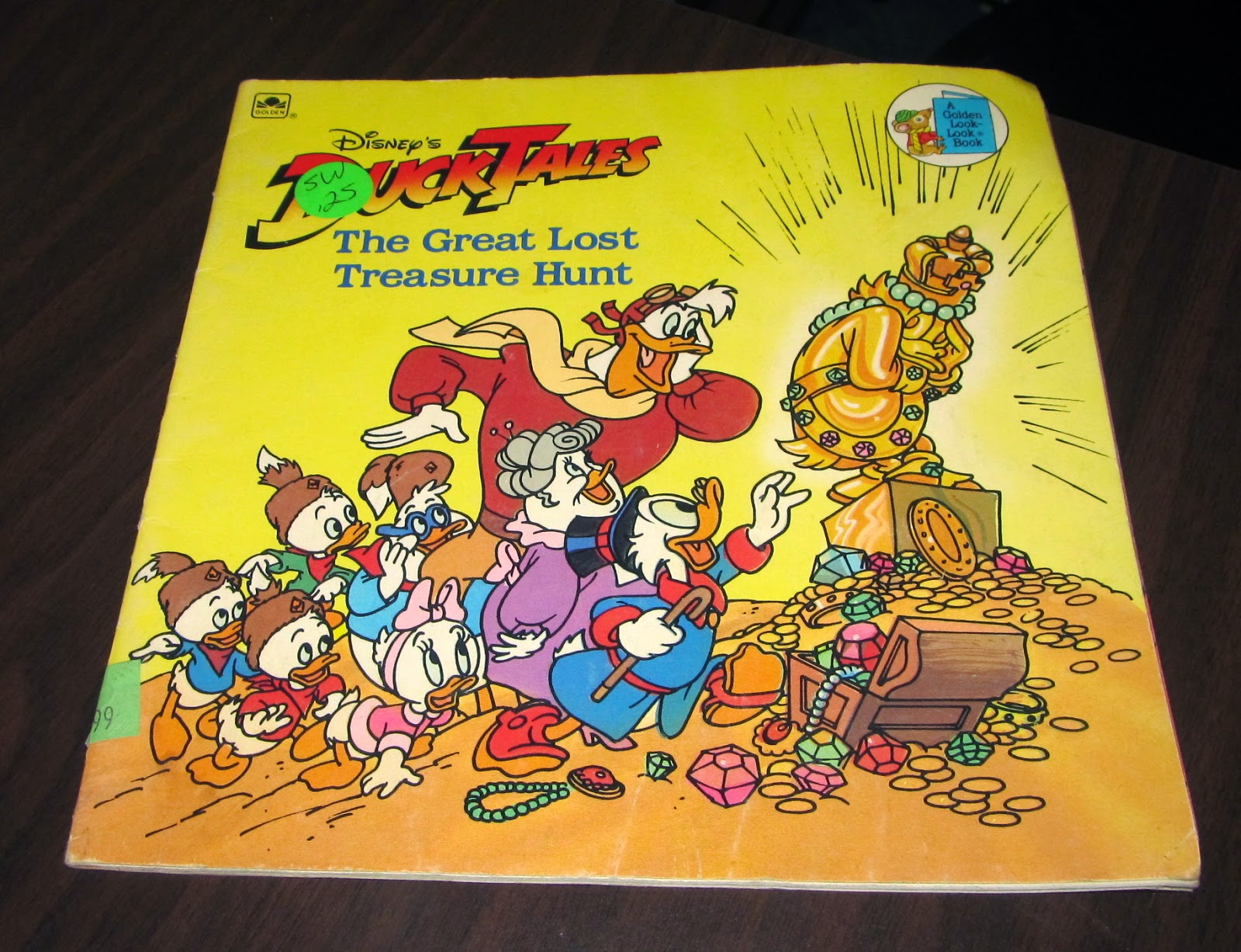 A Ducktales book! The Great Lost Treasure Hunt makes it sound like the Treasure HUNT is lost, not the treasure... Right? Right? 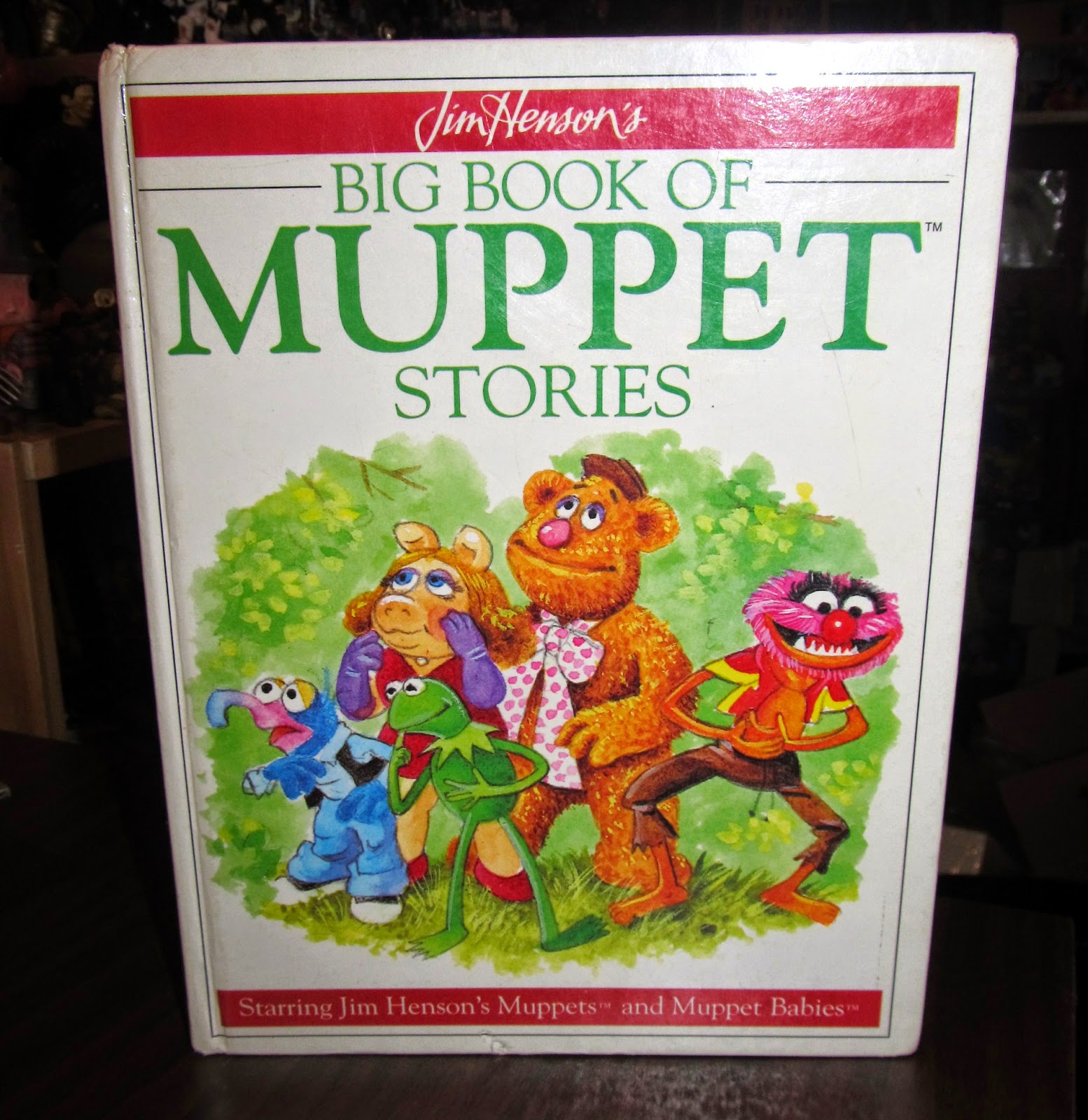 And this Big Book of Muppet Stories is from the very early 90's but includes all kinds of goodies, including a Muppet Babies story or two! 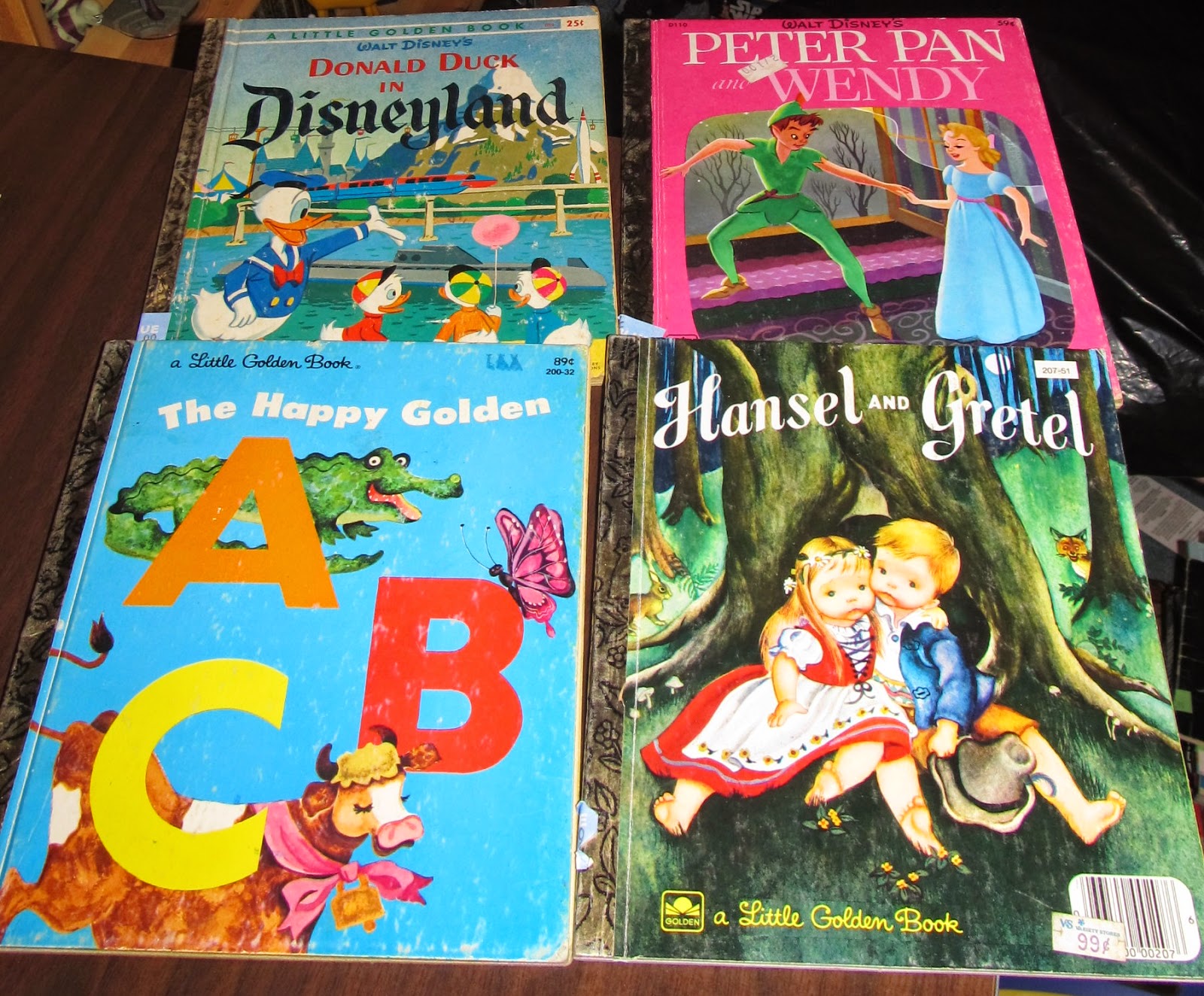 Finally, a foursome of Little Golden Books round out the haul, with appearances by Peter Pan and Wendy, Donald Duck in Disneyland, The Happy Golden Alphabet, and Hansel and Gretel.

That's it for tonight kids! I'll be back with more Gothic Goodwill Goodies soon enough though! Until then, Happy Haunting!
Posted by Derek Ash at 4:20 PM